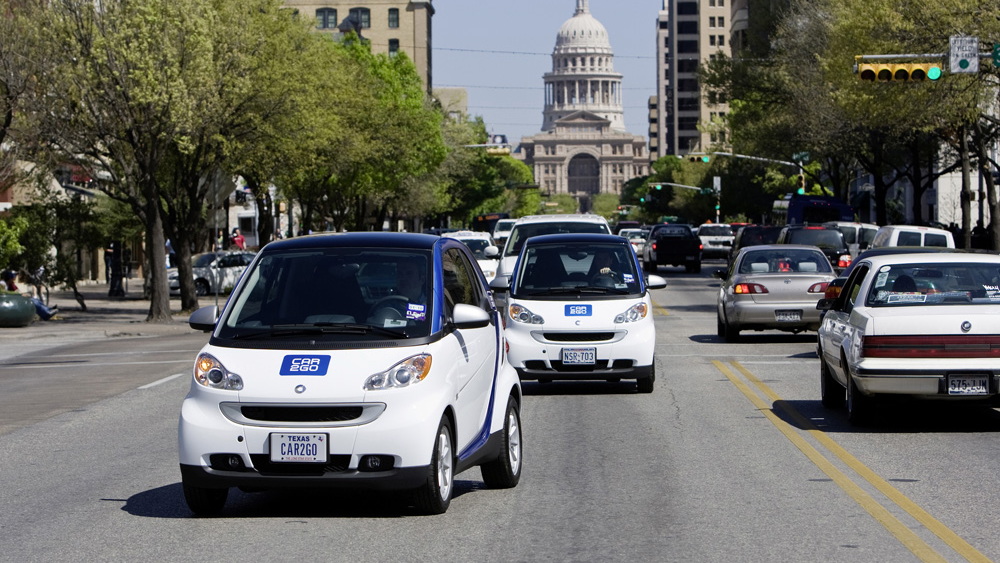 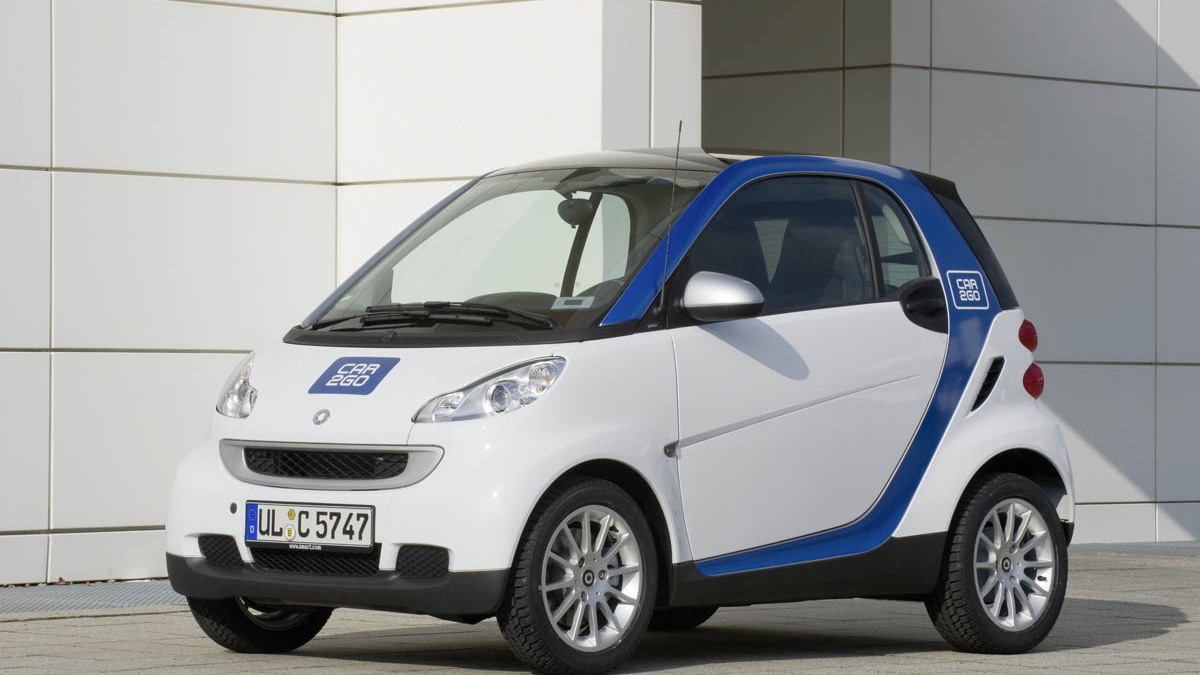 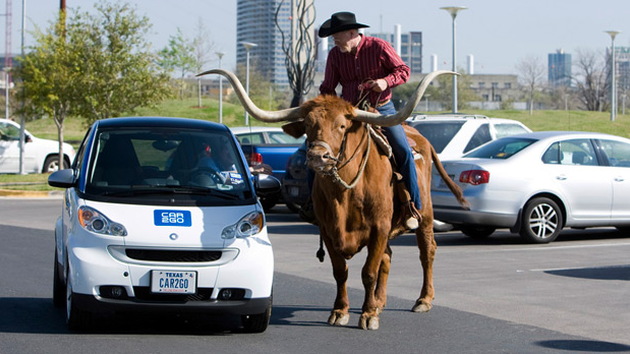 Now a pilot program with 200 Smarts has launched for the 13,000 employees of the city of Austin. It's the first U.S. version of a scheme that started in March in Ulm, Germany. The cost there is 19 cents a minute, with a daily rate is approximately $73 (€49).

The goal is to offer "simple, flexible, and cost-effective" transport for driving within the city, says Daimler. The parent company of Smart is running the program itself, with no involvement from Penske, the company's U.S. distributor.

Smart sales started strong almost two years ago, with U.S. buyers snapping up almost 25,000 of the ForTwo--in both coupe and cabriolet models--during 2008.

But sales have declined during 2009, with only 13,000 sold during the first nine months of the year. This has led observers to wonder if the Smart ForTwo has started to saturate what many feel is a limited U.S. market for tiny two-seaters.

Reviews of the car have also been mixed; TheCarConnection rated the 2009 Smart ForTwo at just 5.8 out of 10 possible points, calling it a "very competent, fun-to-drive city car," but saying, "with so many caveats, most people would be best served by a hybrid or larger small car".

Those caveats included a "jittery, busy ride," a notable lack of passing power on the freeway.

When the program launches to the public, registered Car2Go members will be able to rent the nearest Smart using their mobile phone. Unlike competing services like ZipCar, They don't have to reserve in advance.

Car2Go members can drive as long as they need to, and they can return the Smart anywhere within the program's geographical limits. They also don't need to worry about feeding parking meters; those charges are included in the fees as well.