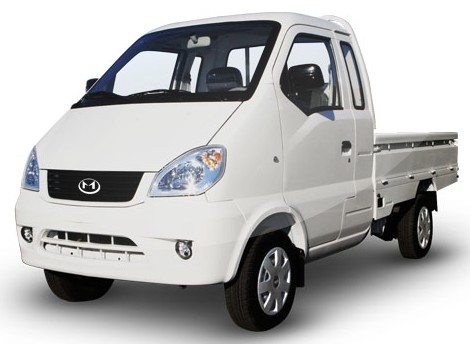 In the summer of 2008, amid staggering gas prices, Central Michigan University (CMU) invested $23,000 into an electric vehicle. Just over a year later, the school is requesting a refund, citing the vehicle's poor performance in cold weather.

The EV in question is believed to be a Miles ZX40ST Work Truck, purchased as part of an effort to go green. CMU bought the truck thinking that its promised 80-mile range between charges would suffice for a full work day. In practice, the vehicle only delivered enough range to last half a day before it had to be recharged. Miles' website currently pegs the truck's range between 30 and 40 miles on a full battery.

Western Michigan University and Michigan State University, which purchased the same EV, experienced similar problems. Both of those schools have returned their vehicles for refunds.

CMU's underwhelming experience with the Miles EV hasn't deterred them from considering other sustainable transportation options though. Director of Facility Operations, Jay Kahn, told Central Michigan Life that the school will continue the search for environmentally responsible vehicles. “It’s still an early technology. Not everything is going to turn out okay the first time, but that doesn’t mean you stop trying,” Kahn said.