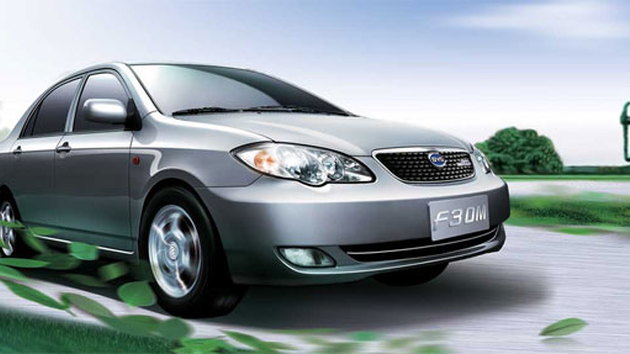 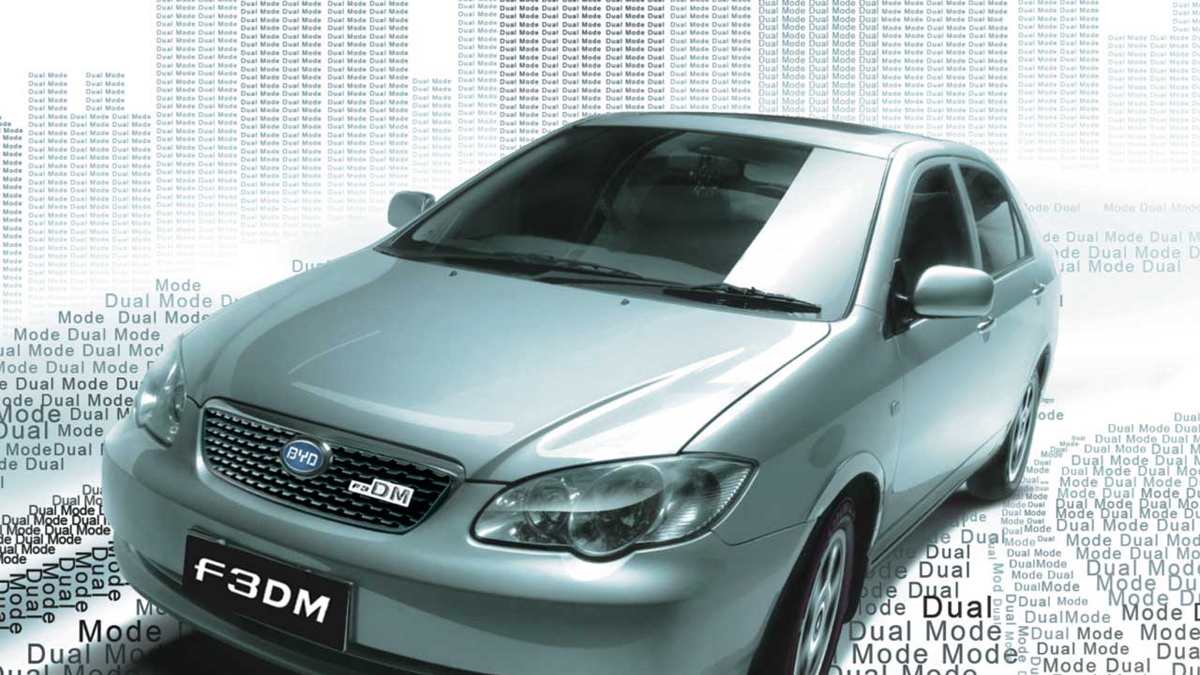 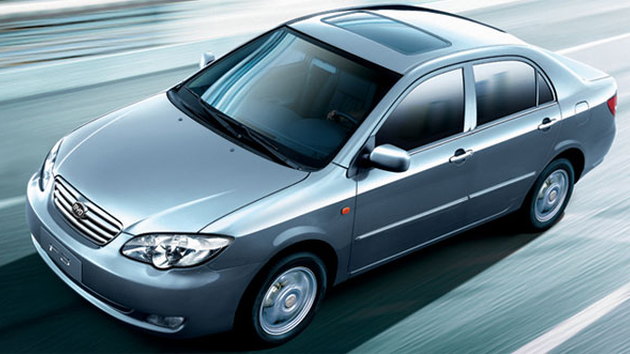 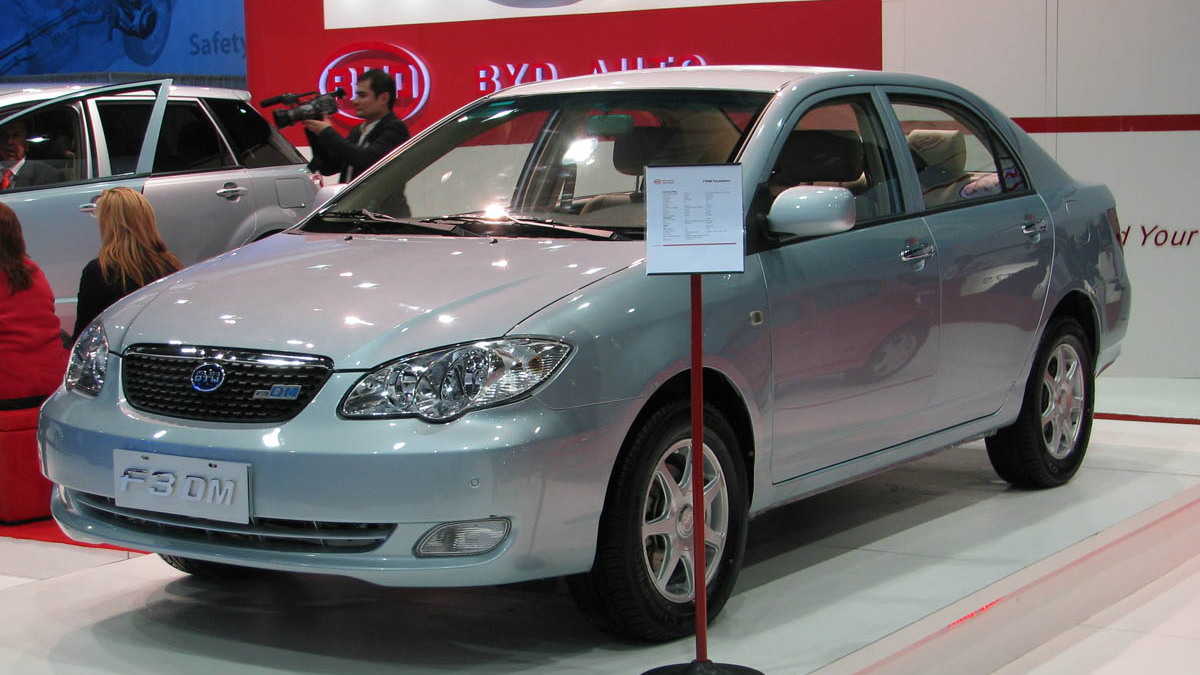 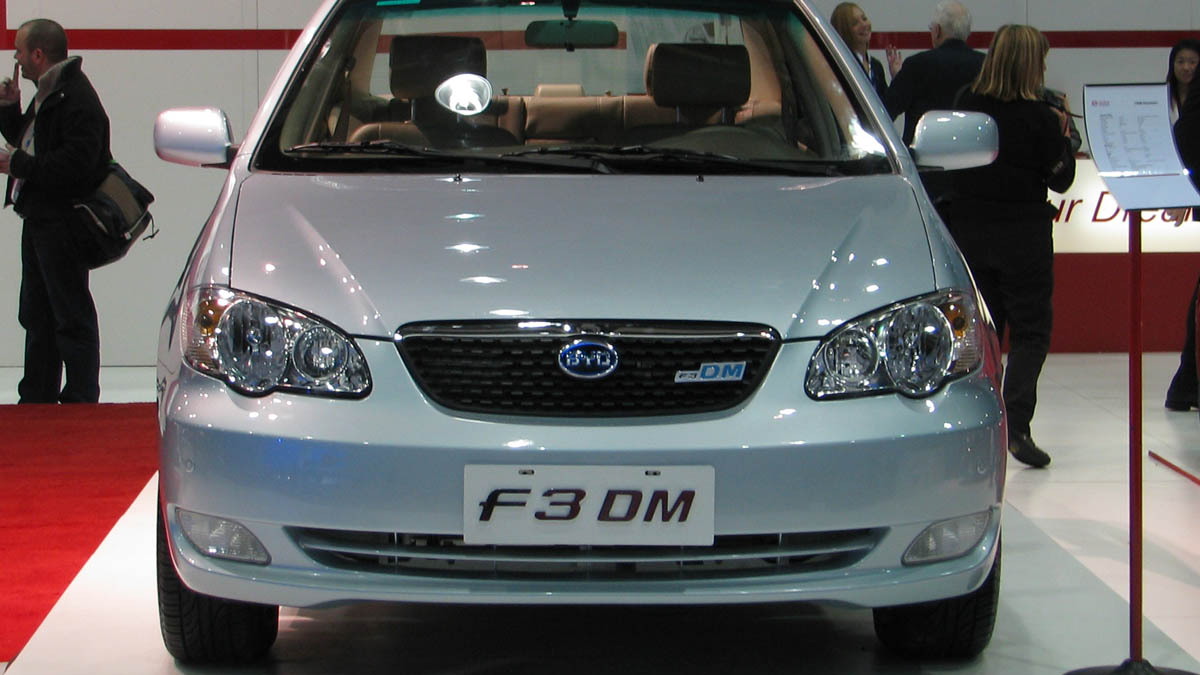 So how's it been doing? Not too well.

BYD said it hoped ultimately to sell 2000 F3DMs a month but it has sold less than 100 of the cars in the eight months it's been on sale, according to reports from Chinese auto-industry news service Gasgoo.

Not ready for primetime

While BYD beat General Motors to the punch, GM isn't too worried. Its 2011 Chevrolet Volt extended-range electric vehicle not only offers 40 miles of electric range, plus 200-plus on gasoline, but meets all U.S. and international safety and emissions standards, and will be sold in Europe and Asia as well as North America.

The BYD F3DM, on the other hand, will be sold only in China until it can meet Western countries’ standards for safety and comfort. If the cars BYD showed at January's Detroit Auto Show were any indication, its materials, quality, and assembly tolerances have some ways to go yet.

Local journalists who tested the F3DM last December say the transition among its modes is rough, that the power steering has strong vibbrations, and that recharging of the battery produces a remarkable roar. On the other hand, they say the car accelerates well under electric power.

Styling could also be an issue; the F3DM is a highly generic four-door sedan that looks somewhat like a 2009 Toyota Corolla. Styling of other electric cars and plug-in hybrids from GM, Fisker, Tesla, and others is meant to ensure that they stand out.

The company began by selling the F3DM to government fleets, and offered it to consumers this summer. It costs about 150, 000 yuan ($21, 700)—more than twice the price of the gasoline-powered F3, one of China’s best-selling cars. The price is a little more than half the 280 000-yuan cost of a Toyota Prius, but that car hasn't sold well in China.

BYD claims the F3DM will do 60 miles on the power provided by a 15.6-kilowatt-hour lithium-ion battery pack, with another 300 miles provided by the 1.0-liter, three-cylinder gasoline engine.

Unlike every other hybrid on the market, the F3DM has three separate modes of operation. It can run on pure electric power; it can operate as a series hybrid like the 2011 Volt, using the engine just to recharge the battery; and it can also act as a parallel hybrid like the 2010 Toyota Prius, with the gasoline engine driving the vehicle directly, aided by the electric motor.

The car company has one substantial advantage over other electric-car makers, however: It's a subsidiary of BYD Company Ltd., the world's second largest producer of rechargeable batteries and one of the world's Top 10 manufacturers of lithium-ion cells.

BYD has been making cells for more than a decade, but it bought the assets of a small carmaker just five years ago from the Chinese state government.

So unlike other makers of plug-in vehicles with range extending gasoline engines--among them Fisker, which will start delivering its 2010 Fisker Karma luxury sports sedan to customers in May--in theory BYD can develop automotive-quality lithium-ion cells and the cars they'll power simultaneously.

As our colleague Bengt Halvorson reported at the time,  BYD showed both the F3DM plug-in hybrid and its E6 electric crossover at Detroit last January. It claims a 240-mile electric range for the five-seat E6, which is priced at 300,000 yuan ($44,000). The year before, it displayed the F6DM—a larger midsize plug-in hybrid sedan—at the same show, quoting a 60-mile all-electric range.

Well...within two to four years, says Micheal Austin, of BYD America. And in August, the Wall Street Journal and others reported that BYD would launch the E6 electric crossover into the US market by the end of 2010.

We'd hardly count the company out: Last September, fabled Midwestern investor and sage Warren Buffett spent $230 million to buy a 10 percent stake in BYD Co. And in May, BYD partnered with Volkswagen to work together on developing electric vehicles.

But so far, BYD is the sole Chinese carmaker to set a firm date for U.S. sales. And industry analysts dismiss or laugh at the idea of U.S. sales in the near term. Chinese makers will need to obtain years of experience in less challenging markets, says Aaron Bragman, an analyst at IHS Global Insight, before they can hope to meet stringent U.S. crash safety and emissions standards.