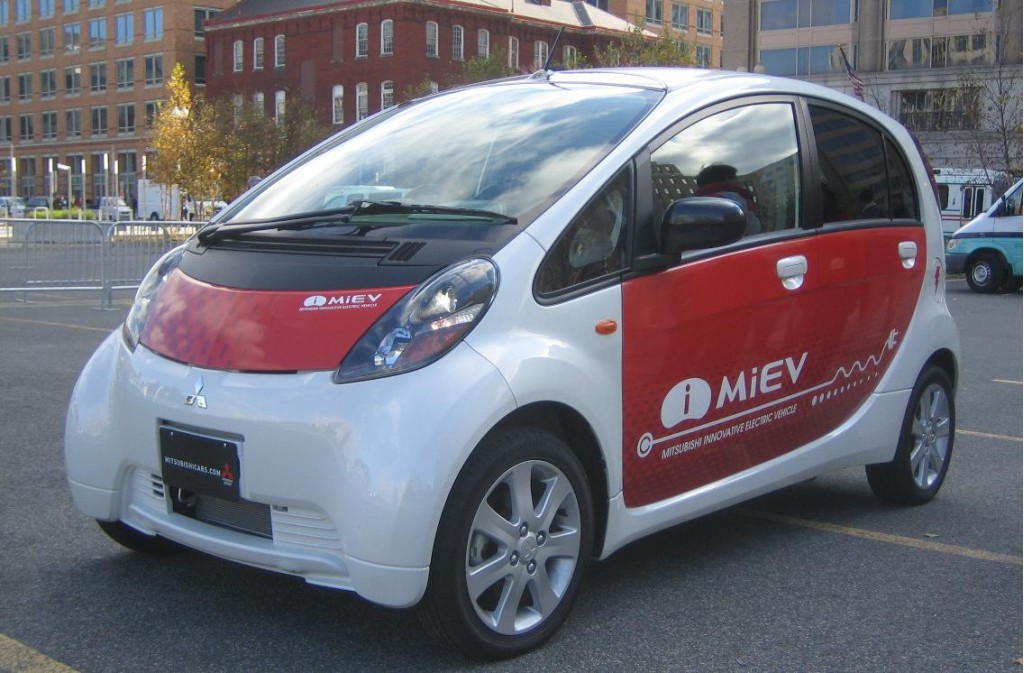 Last week, we wrote that the smash success of the Mitsubishi i-MiEV is leading the company to plan five additional electric cars.

We've now driven electric-car prototypes from a number of automakers: a 2011 Chevrolet Volt mule, the 2012 Nissan EV prototype, the 2012 Ford Focus EV prototype, and the disappointing Mini E. And we've ridden in the 2011 Coda Sedan prototype.

But the only actual production EV we've driven was the 2010 Mitsubishi i-MiEV. It's worth recapping our impressions from a 30-minute ride and drive last December.

The high points from our time in a pre-production, right-hand-drive i-MiEV:

The i-MiEV is based on a Japanese kei car, a special class of cars whose dimensions (3.4 m long, 2 m high, 1.5 m wide), engine size (0.66 liter), and power (63 horsepower) are all restricted. In exchange, owners get local parking and tax benefits.

It's tiny by US standards, shorter than a 2009 Mini Cooper. But the i-MiEV’s egg-shaped five-door body makes it look and seem larger than it is.

The gasoline “i” model has a “rear midship” engine sitting on its side under the rear seat; that gives it the longest cabin in its class, with space freed up at the front for passengers.

Four standard adults fit adequately—if not extravagantly—into the i-MiEV during our ridealong. There was easily 3 or 4 inches of headroom above a 6-foot-tall rear-seat passenger.

Few of us would have wanted to drive the i-MiEV from New York to Los Angeles, but it seemed almost as spacious as a Honda Fit—and it held four people far better than that Mini Cooper.

The most noticeable constraint, in fact, was the tight shoulder room. Kei cars are simply narrower than we're used to; the Mini Cooper has more than a foot of extra width over the i-MiEV.

Keeping up with traffic

The i-MiEV houses its 16-kilowatt-hour lithium ion battery pack and 47-kilowatt (63-horsepower) motor under the rear seat and cargo area. The Yuasa-made batteries are claimed to last at least 10 years or 90,000 miles.

The motor puts out 133 foot-pounds of torque, and while the car hardly leapt off the line when carrying four adults, it kept up with traffic just fine. Like any EV, power delivery was smooth and linear.

The car offers three driving modes: Standard, Eco, and “B”. In the Eco mode, the engine’s output is limited to 18 kilowatts, just one third of peak power.

That increases the range of a single charge, but the decline in performance was substantial. Most of us felt it made the car inadequate in aggressive traffic.

“B” mode adds more regenerative braking on downgrades stretches and when the car is coasting, to recharge the pack more aggressively.

That left the powertrain feeling “grabby,” far from the high standards achieved by the best new regenerative brakes in cars like the 2010 Ford Fusion Hybrid.

The tiny i-MiEV rode very well, although firmly.  It crashed over the many cracks and joints in the streets of DC, though the sensation was somewhat amplified by the lack of engine noise to mask it.

With a tiny turning circle and a very low center of gravity—because the battery is mounted so low—the i-MiEV handled perfectly in quick urban cut-and-thrust driving.

Claimed maximum speed for the i-MiEV is 81 mph, though high speed cuts range. Mitsubishi quotes about 100 miles of range on Japan's test cycle, 75 miles on the more aggressive US cycle.

So can we imagine US buyers snapping up the i-MiEV? Yes, absolutely. Sure, it's small. But so is the 2009 Mini Cooper, and so is the 2009 Smart ForTwo.

The i-MiEV's clever design, attention to detail, and solid powertrain could make driving on grid power—and plugging in at night—as routine as picking up the kids after school.

Here in the US, the first several years' worth of i-MiEVs would qualify for a $7,500 Federal tax credit, plus further credits in certain states.

The i-MiEV would be much cheaper to operate, though, with electric power costing just 3 or 4 cents for each mile against 15 cents per mile run in a 20-mpg car on $3/gallon gasoline.

The present i-MiEV is built only as a right-hand-drive car, which suits just Japan, the United Kingdom, and Ireland. More importantly, the car was never designed to meet US safety or equipment standards, so it cannot legally be sold in North America.

Mitsubishi America's David Patterson, senior manager of regulatory affairs and certification, said the company is seriously considering whether to certify the “i” for sale in North American markets.

We think the Mitsubishi i-MiEV makes as convincing a case for electric cars as the 2009 Tesla Roadster's jaw-dropping performance does, from the complete opposite end of the vehicle spectrum.

Right now, the i-MiEV is the world’s most polished four-seat, zero-emissions production car. With entries on the way from Nissan, Chevrolet, Ford, and others, it may not hold that title for long.

But after years of primitive, plastic EVs from under-funded startups and importers, it’s great at last to drive a “real EV” that's now in production from a genuine automaker. 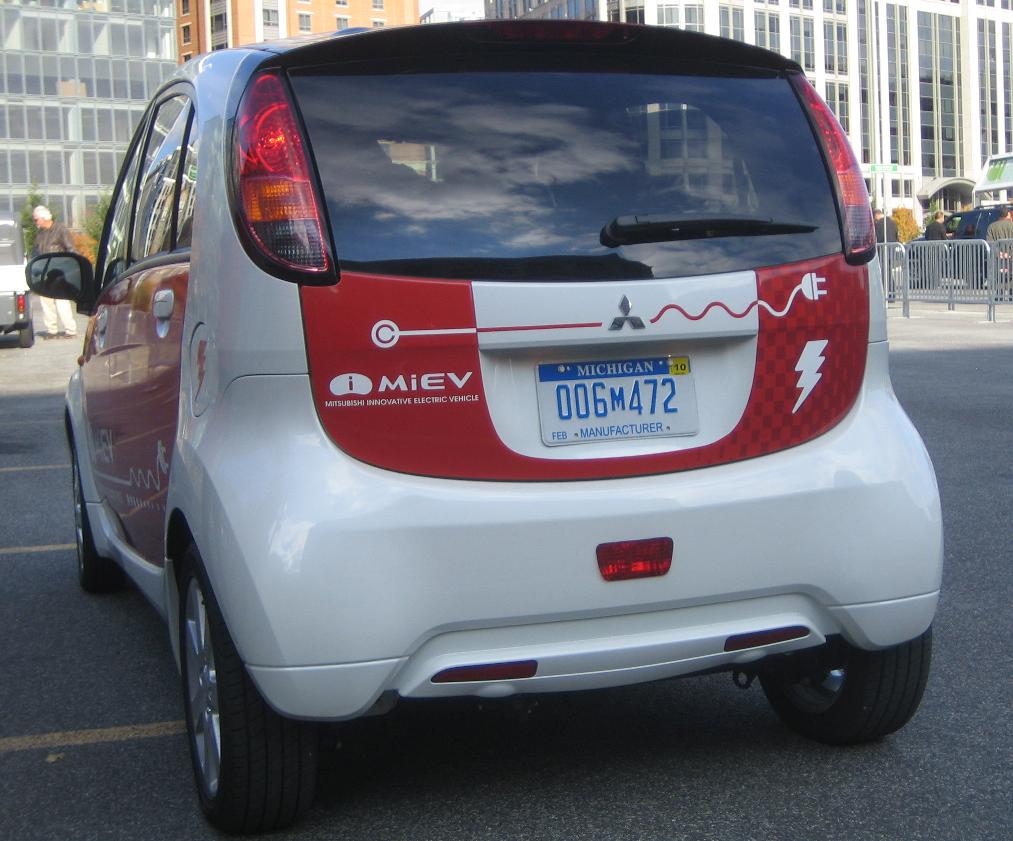 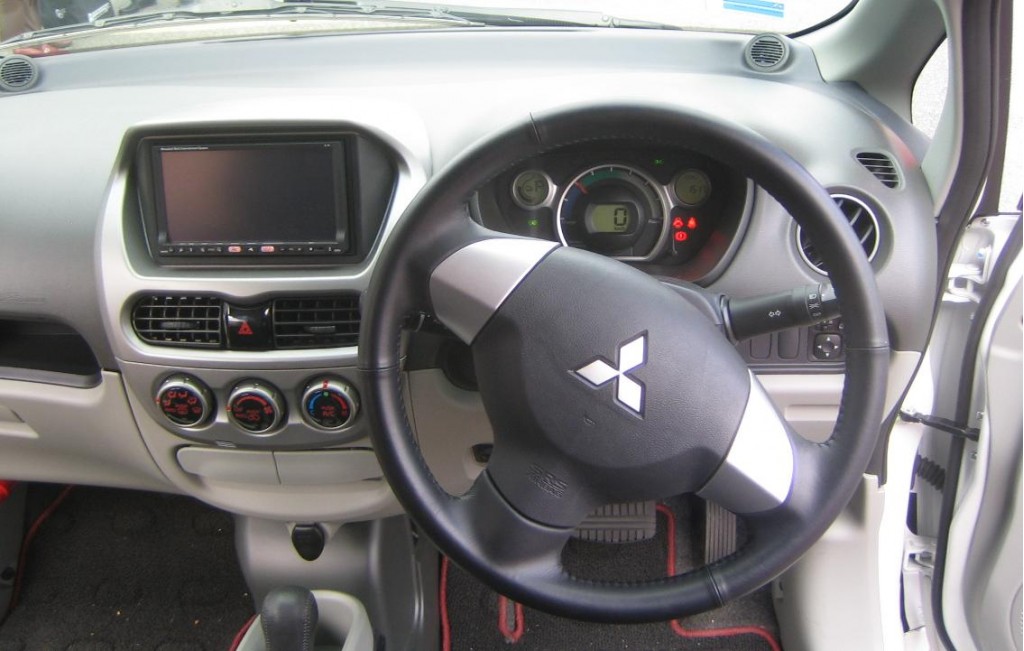 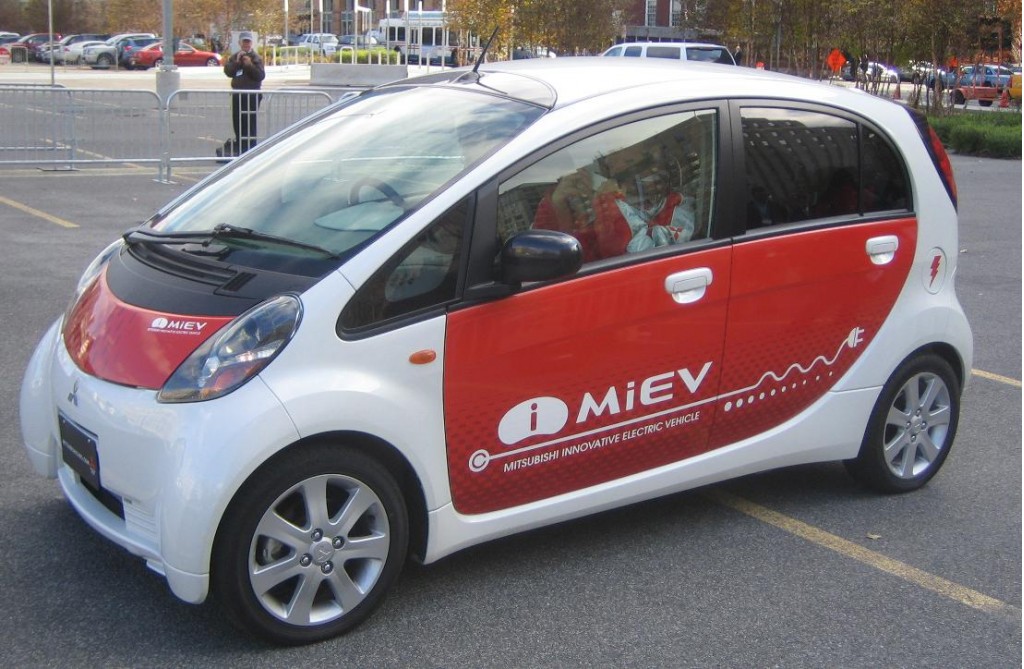