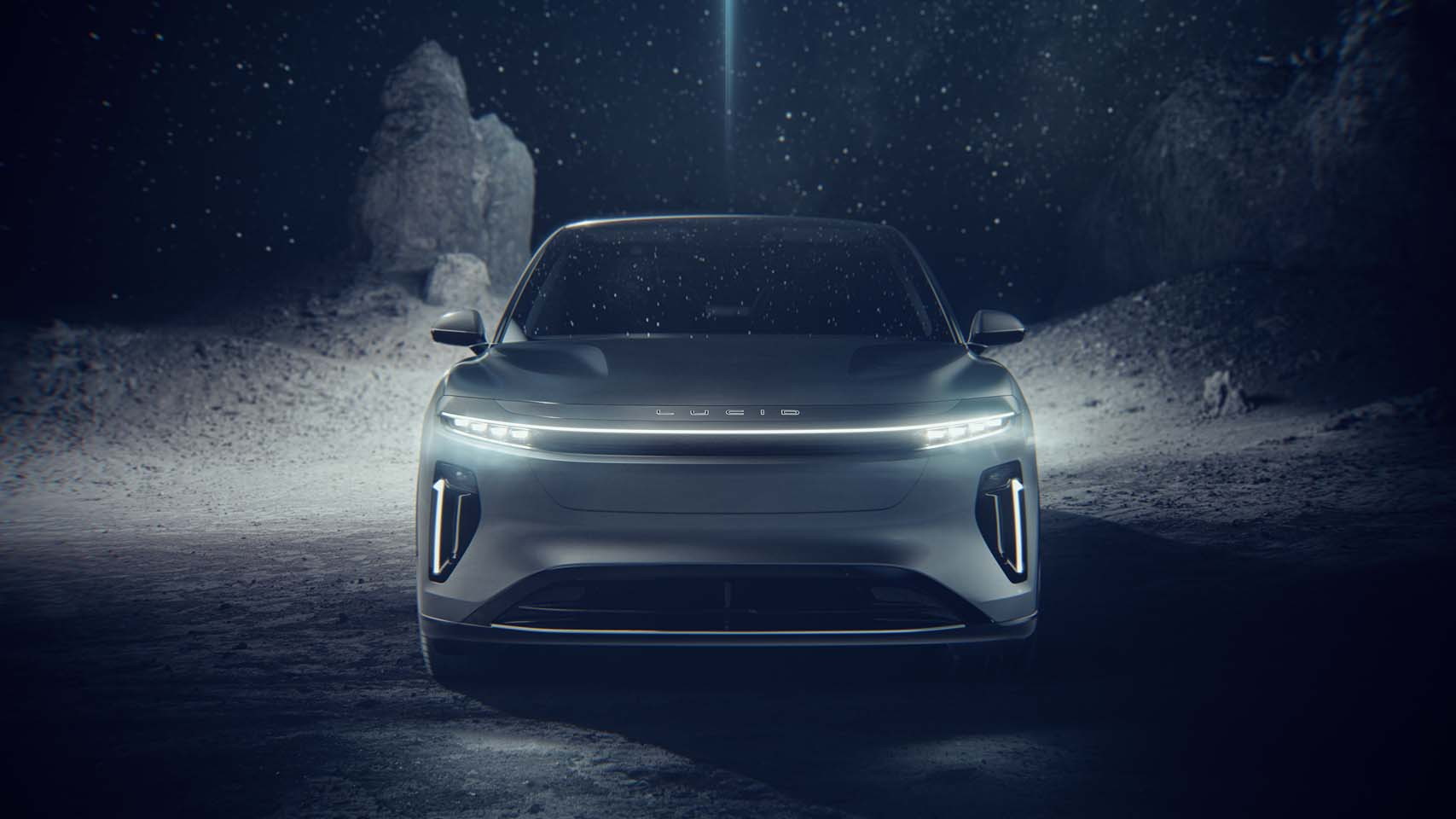 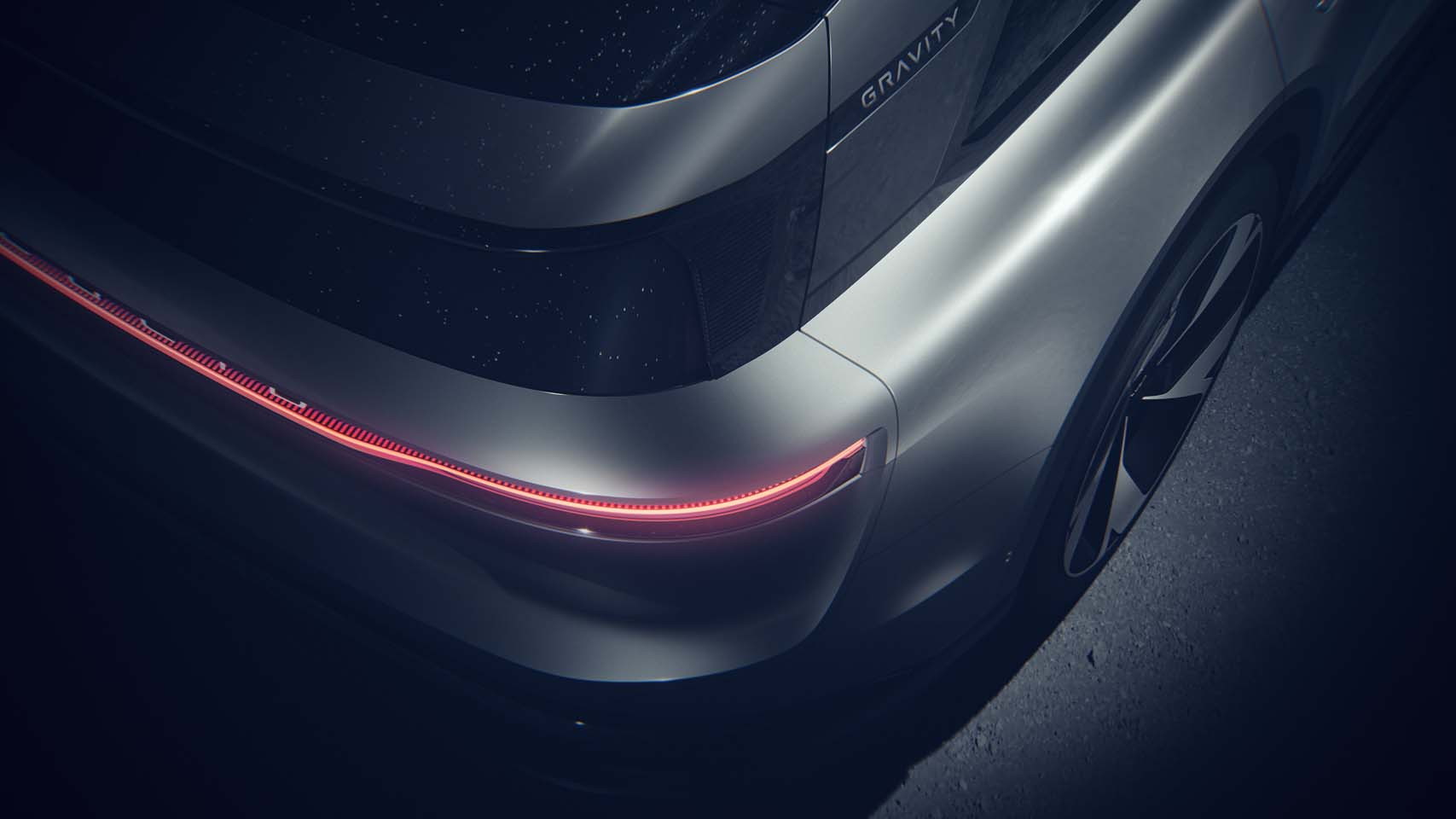 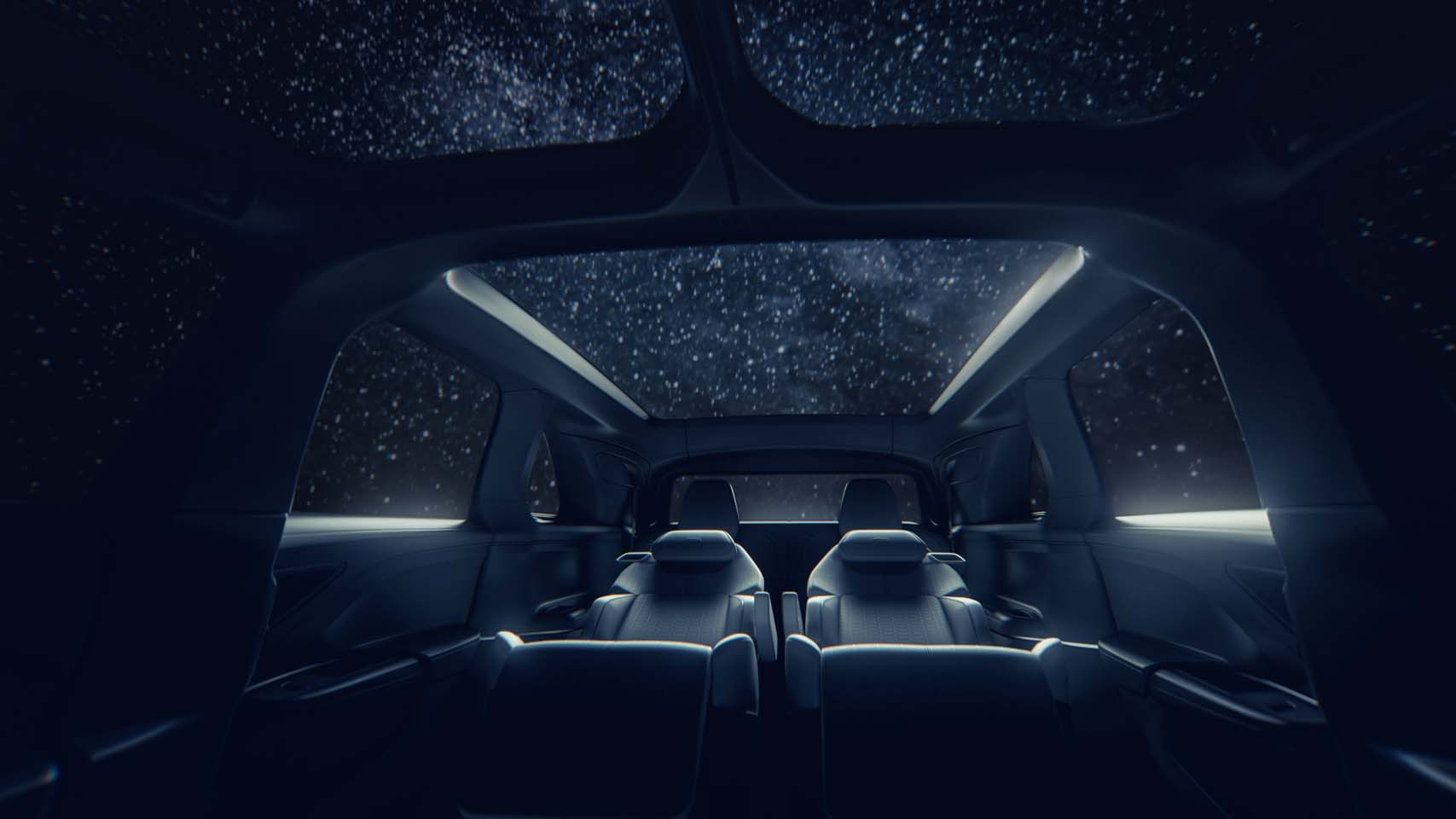 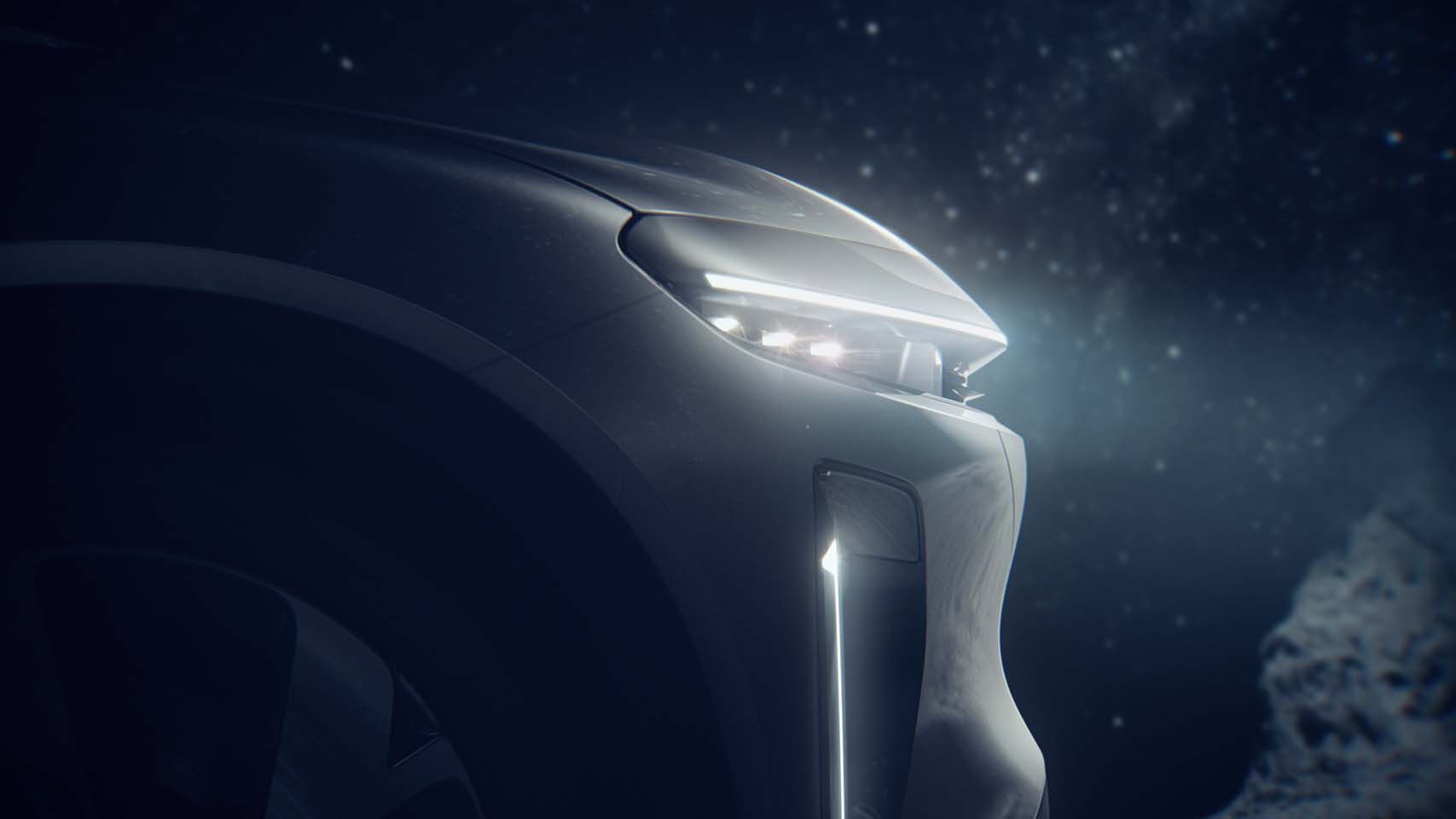 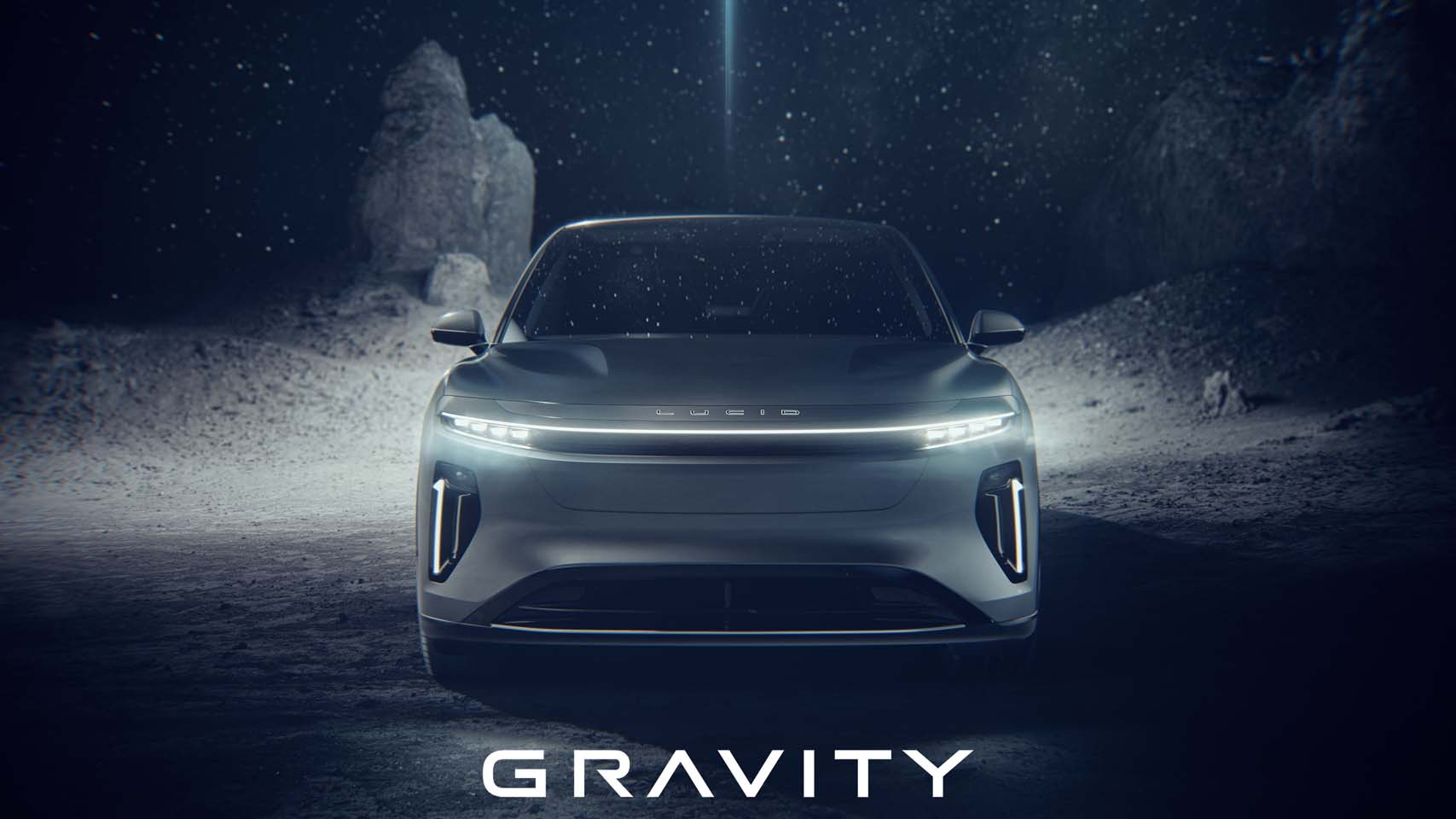 Lucid on Tuesday revealed a few more details regarding its upcoming Gravity electric SUV—and it’s promising to shake up the world of electric SUVs much in the same way it has with its range- and efficiency-topping Air sedan.

The Gravity will be built on the same platform and underpinnings of the Air, and even though it will follow a taller form, Lucid says that the SUV will offer “more range than any other EV on the market—other than its stablemate, Lucid Air.”

At present, Lucid Air driving range spans up to 516 EPA miles in its Grand Touring guise, while even the base Pure and mid-range Touring versions detailed today reach 425 miles and 410 miles, respectively, in dual-motor form.

In 2020, Lucid teased Project Gravity (above), a drivable concept vehicle that previewed the design direction of the SUV. At that time Lucid design VP Derek Jenkins told Green Car Reports that the design was still very much a work in progress as the team aimed to find the right balance between a raised driving position, cargo space, and capability, while keeping it aerodynamically optimized at speed.

Based on the set of somewhat obscured images released with this announcement, it’s clear that the roofline and profile of the vehicle have changed significantly since then

Lucid promises that the Gravity will offer next-generation Glass Cockpit displays, a new generation of its interface, and “a previously unattainable combination of supercar performance and seating for up to seven adults.”

“It is both a supercar in disguise and an SUV with flexible passenger and cargo space that seems impossibly big relative to the exterior size of the vehicle,” stated Jenkins in a press release.

The Gravity will be offered in two- or three-row configurations, with seating for five, six, or seven. Based on the size of the Air, the Gravity is expected to compare very closely with the Tesla Model X. The Model X is also offered in five-, six-, or seven-passenger configurations, and it starts at $122,190 in its standard dual-motor form, with a 351-mile range and claimed 3.8-second 0-60 mph time. The tri-motor Model X Plaid has a 333-mile range rating and claimed 2.5-second 0-60 mph time, at a price of $140,190.

Reservations are set to open in early 2023 for the U.S. and Canada, and the announcement confirms that a reveal of the final design will happen then. Meanwhile, the company says that it’s currently “finalizing the vehicle design and specifications.”

Lucid says that the Gravity is due for production in 2024 at its Arizona factory.