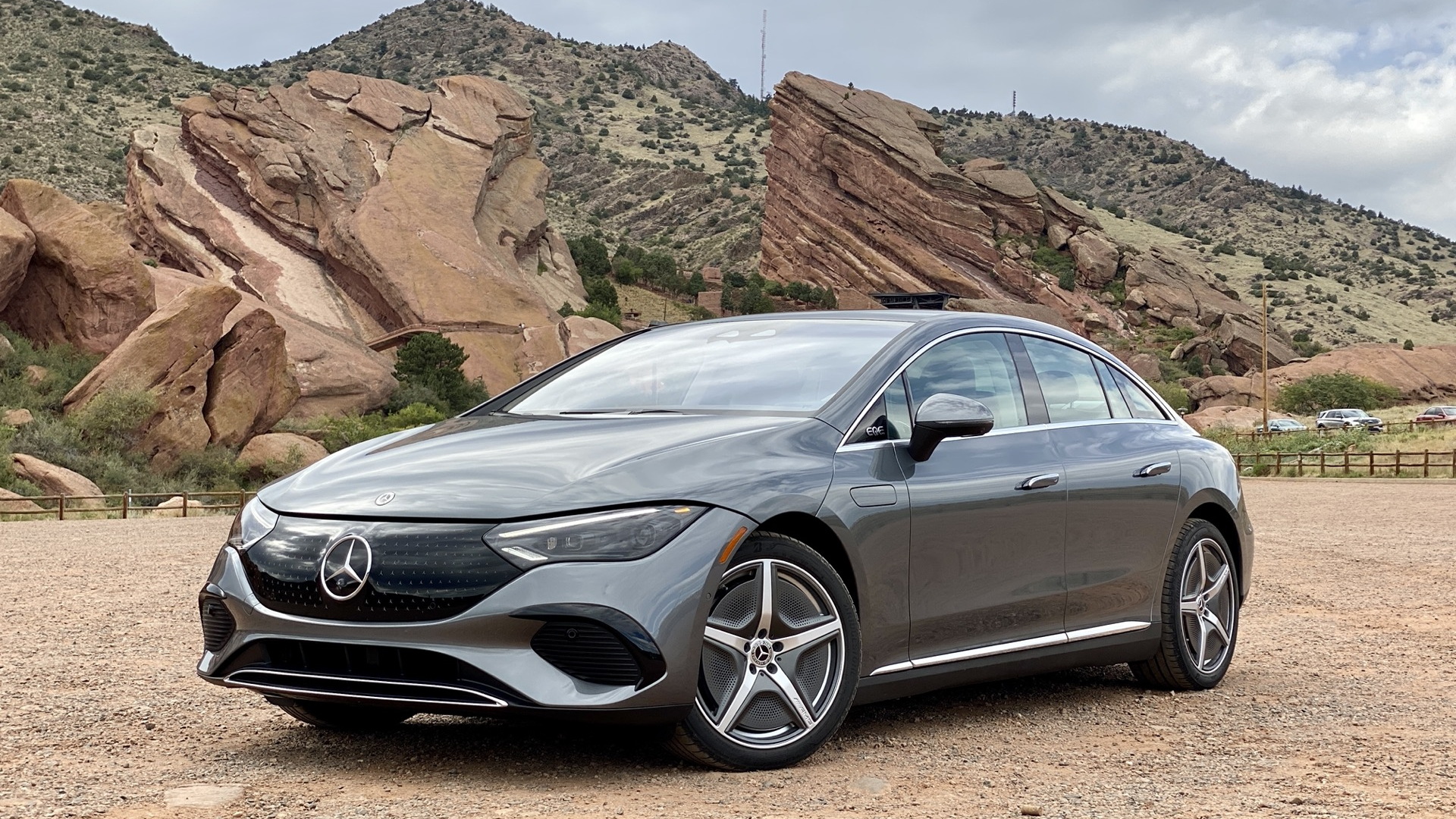 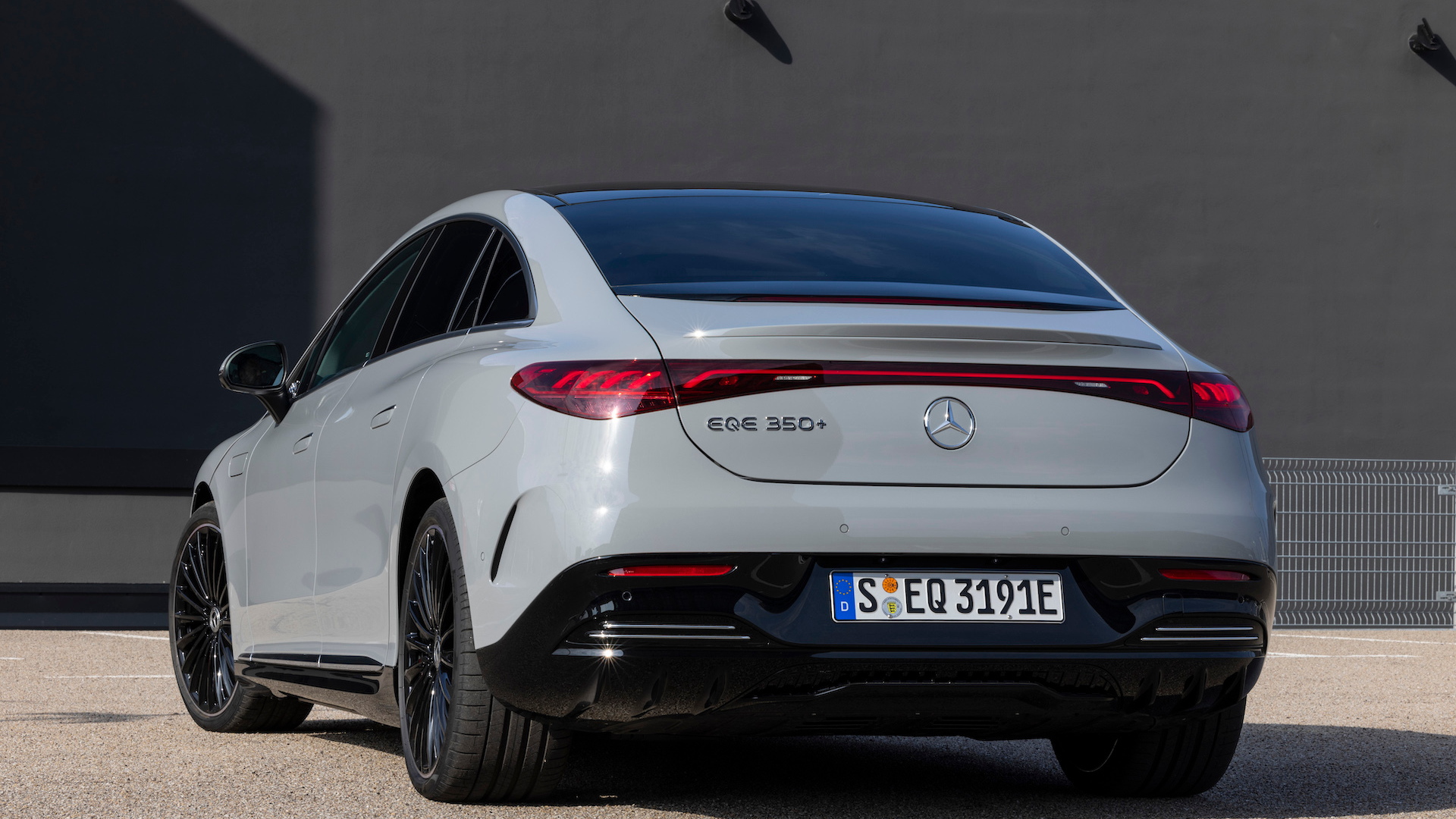 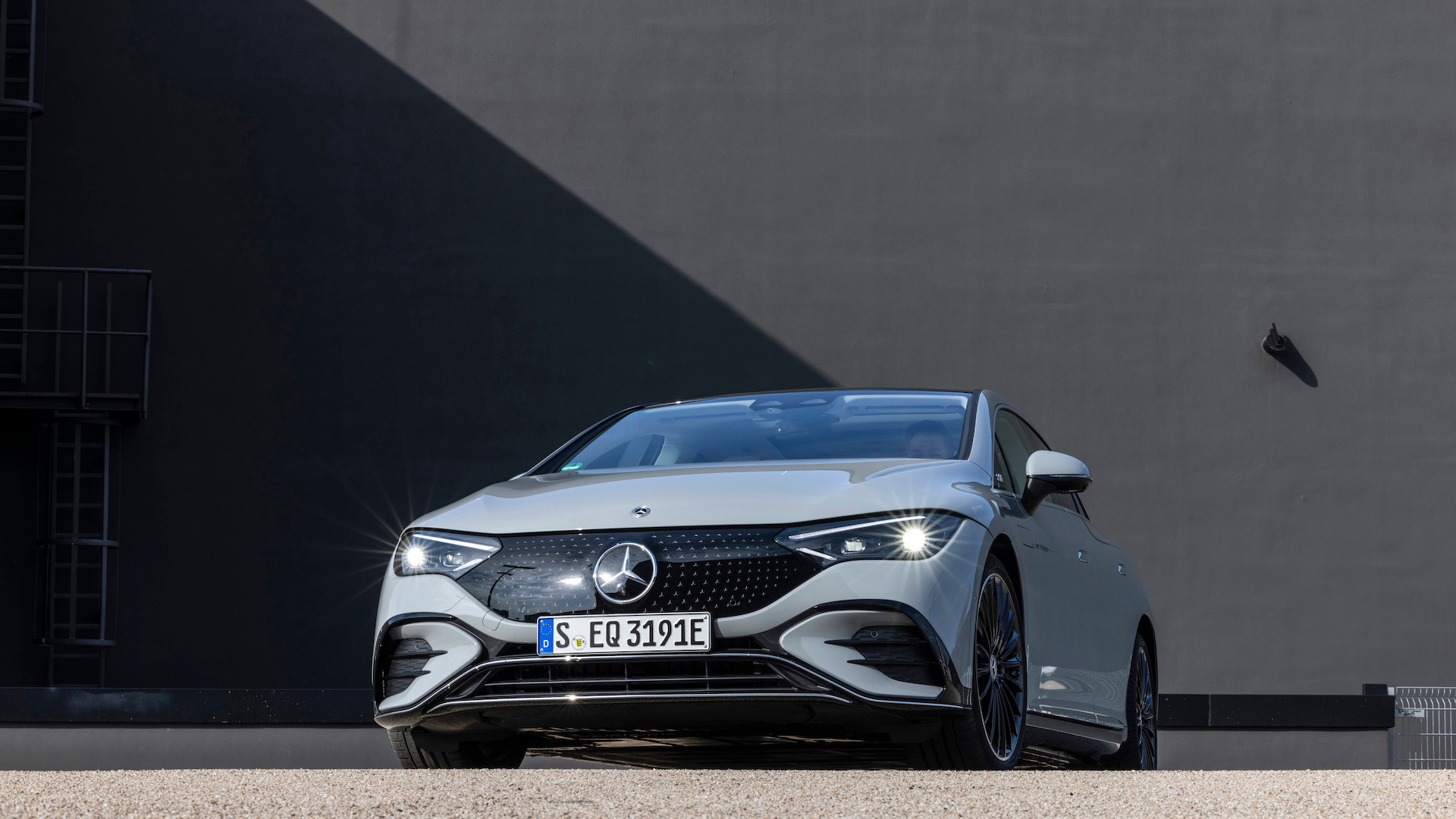 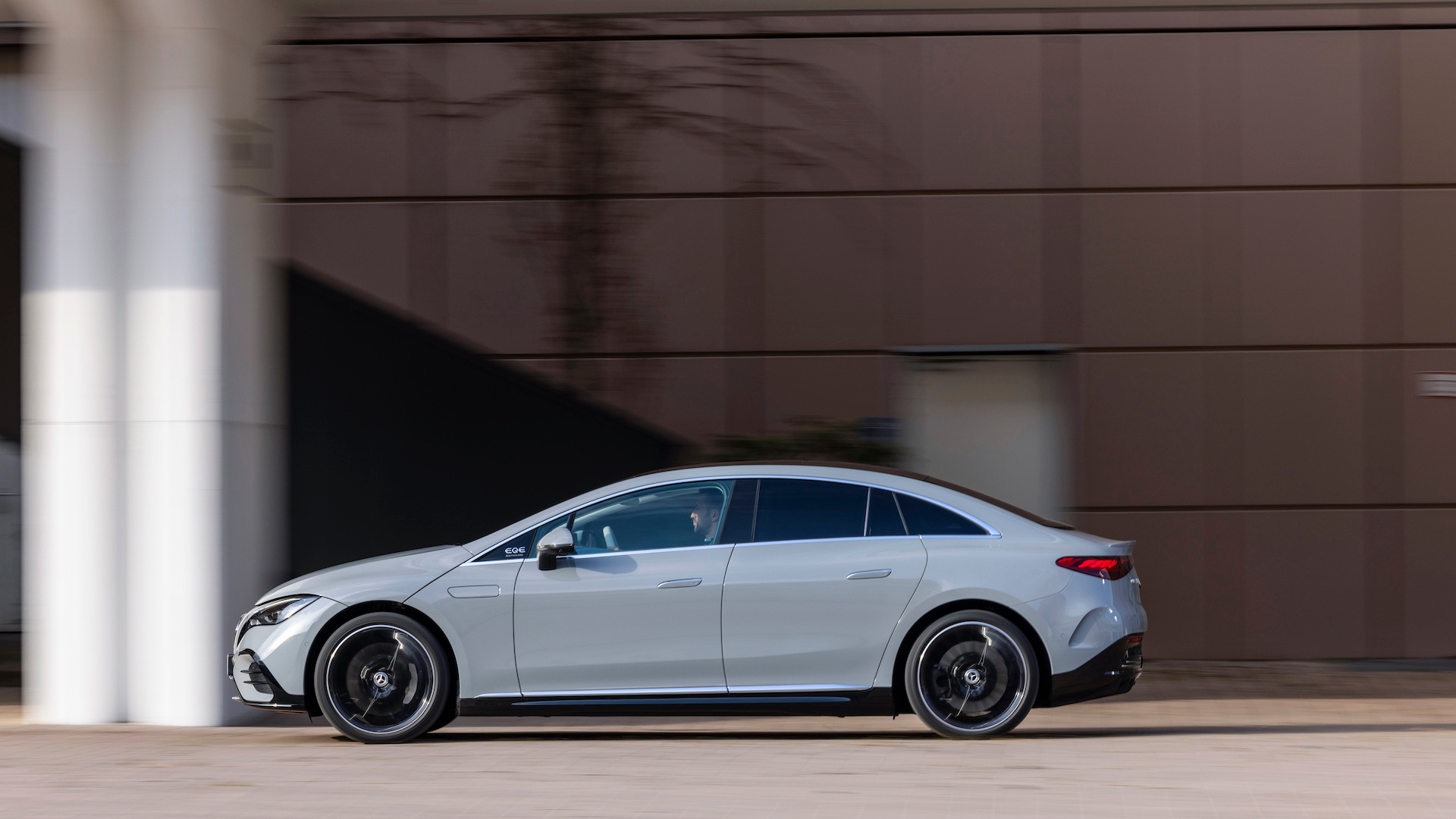 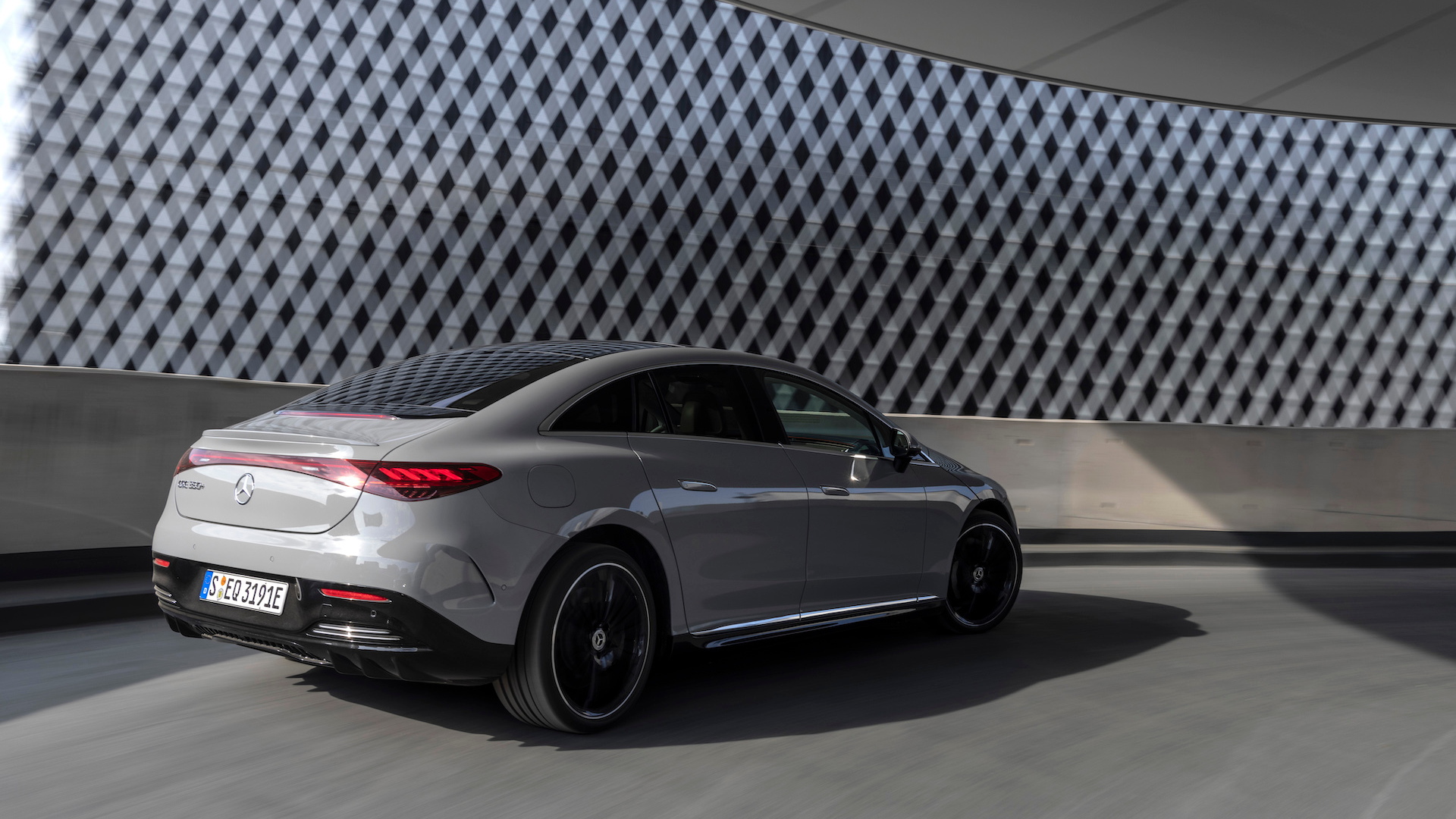 Mercedes-Benz confirmed starting prices for the 2023 EQE electric sedan lineup that arrives at dealerships this fall.

With its standard 90.6-kwh battery pack, the EQE 350+ will deliver 305 miles of range, according to EPA estimates cited by Mercedes-Benz but yet unconfirmed in official EPA listings.

The EQE is one of the closest electric products yet to the Tesla Model S in size, with length, width, and height all within an inch—although the EQE is a sedan whereas the Model S is a hatchback. The Model S now starts at $106,190. The Lucid Air Pure, starting at $88,900, is another U.S.-built rival very close in size and luxury intent.

While the upcoming and related EQE SUV will be made in the U.S., the EQE sedan is made in Germany.

In addition to the single-motor EQE 350+, the EQE lineup will be offered in dual-motor (all-wheel-drive) EQE 350 4Matic and EQE 500 4Matic versions—with the latter stepping up to 536 hp, versus the EQE 350's 288 hp. Top AMG EQE models haven’t yet been priced for the U.S. but step it up to 677 hp and a claimed 3.2-second dash to 60 mph, plus upgraded brakes, rear-axle steering, and adaptive damping—some of which are options on the other models.

Those other higher-power versions won’t quite measure up to the EQE 350+ and its 305 miles, but based on the numbers for the Mercedes EQS, they won’t be far behind.

All three propulsion combinations can be had in Premium, Exclusive, and Pinnacle trim levels. Base Premium versions have synthetic upholstery, Burmester sound, a navigation system, and a panoramic sunroof, while Exclusive versions get a driver assistance package with a screen-integrated parking assist feature plus several additional active-safety items. Pinnacle versions add a head-up display, four-zone climate control, and upgraded 100-watt USB-C ports. Options include nappa leather, an air filtration system that can reduce viruses and bacteria, and the full-dash Hyperscreen layout that made its debut on the EQS.