Audi is running a pilot project with automotive supplier Mann+Hummel aimed at using EVs to clean the air around them.

Vehicles are equipped with special filters that can collect particulate matter as they drive along, Audi explained in a press release. Particulate matter consists of particles small enough to be inhaled, which can cause health issues.

While exhaust from gasoline and diesel engines contains particulate matter, a significant amount is also generated by brake, tire, and road abrasion, Audi noted. So even EVs are contributing to the problem. 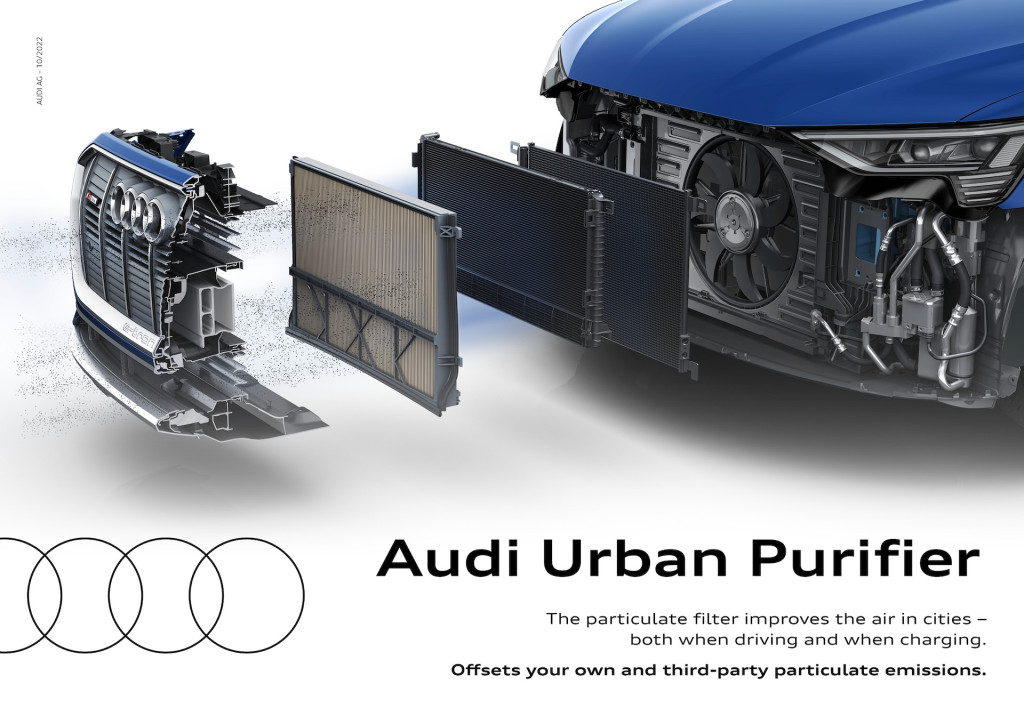 Audi's solution is a filter mounted in the front end of an EV ahead of the radiator dubbed the Urban Purifier. Passive airflow from the forward movement of the vehicle draws particles into the filter, while still allowing enough airflow for vehicle cooling. A vehicle's cooling fan can also be used to draw particles into the filter while stationary—including during charging—Audi said.

After over 50,000 kilometers (31,068 miles) of testing with its electric models, Audi claims the filtration system has no negative effect on performance, including on hot summer days or during fast charging. And the E-Tron can completely filter out particles in some situations, according to Audi. This reminds us of the system used in the Toyota Mirai, where its filtering ability is termed "minus emissions."

The setup requires few modifications, keeping costs down, according to Audi. Filter replacement can be done during regular service intervals, and the filter itself is made of 15% recycled materials, with the system as a whole made of 60% recycled material. 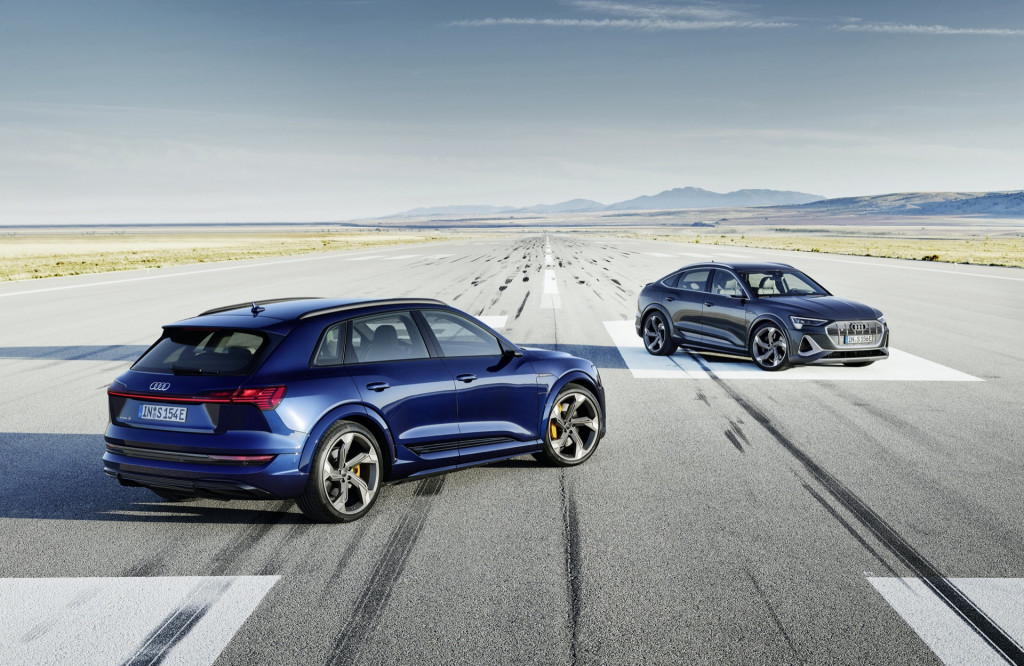 Other automakers have demonstrated in-cabin filtration systems. Volvo claimed the first system to assess particulate emissions inside the vehicle, and Hyundai showed its own version in 2019. Audi may be the first to use EVs to filter outside air.

Particulate matter from vehicle exhaust has been shown to cause respiratory issues, and recent studies have also linked it to higher risk of dementia and heart disease. Yet under the Trump Administration, the EPA rejected stricter standards for soot and particulate matter.

EVs have no "tailpipe" emissions, but filters like the one tested by Audi could help undo some particulate emissions from tires, which one study found to be higher for EVs because of the added weight of their battery packs. That's a controversial finding however, and it's worth noting that EVs potentially reduce another source of particulate emissions—brake dust—through regenerative braking.