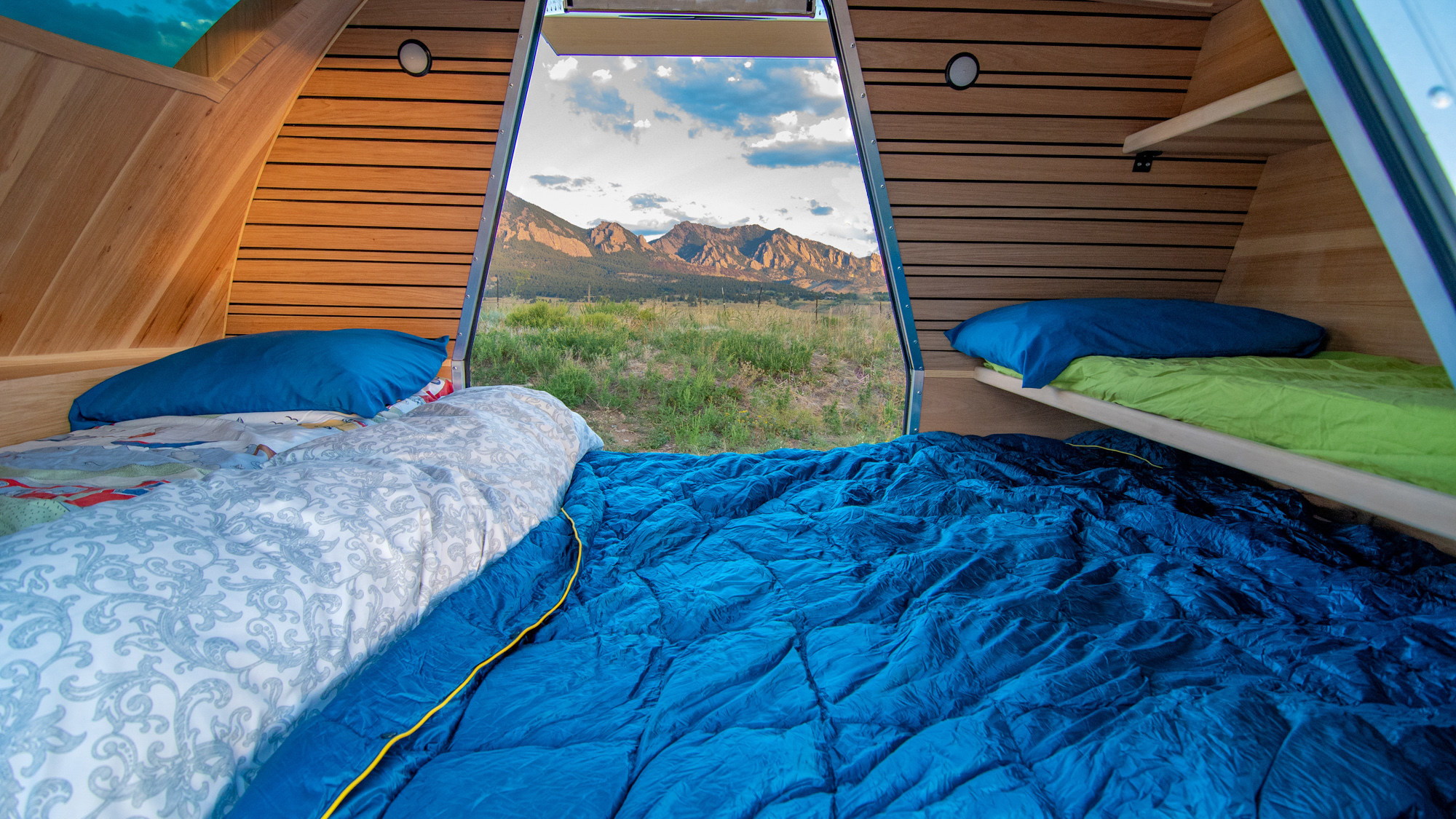 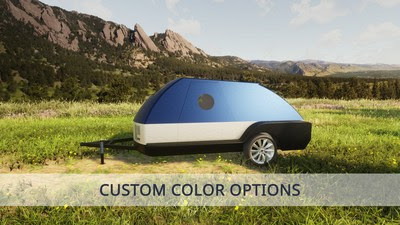 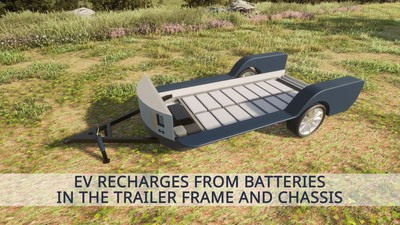 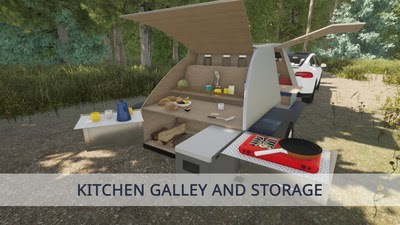 Colorado Teardrops announced earlier this month that it has completed the prototype version of “the world’s first camper trailer designed to extend the towing range of electric vehicles.”

What might sound like a strange product niche could answer a dilemma for some Americans with luxury budgets: While an electric vehicle might work perfectly fine for the vast majority of the year, the annual weeklong camping trip can be the deal-breaker.

As some who have tried to tow with their EVs—Teslas included—can attest, real-world driving range while towing can be abysmal. In the range of 60% to 75% of normal range is to be expected, and some larger travel trailers will cut range in half.

That’s where the idea for the Boulder, a 12-foot-long electrified teardrop-style camping trailer introduced just over a year ago, comes in. With about 75 kwh of batteries mounted in its lower frame area—within a few kwh of the usable capacity of a number of popular electric crossovers like the Tesla Model Y or Volkswagen ID.4—it’s effectively carrying an extra battery pack along. According to the company, it has the potential to produce a total range while towing that’s greater than the towing EV’s original range.

With its prototype announcement, Colorado Teardrops announced that it “has partnered with a major automotive manufacturer to advance technology directly relevant to The Boulder.”

The company also confirmed that it’s completed the initial phase of the Boulder’s development. A stage of development allowing Level 2 charging is complete, while it’s now working on the DC fast-charging between the trailer and tow vehicle that will be the enabler for making the idea work.

For it all to work, that is, the travelers will need to pull over and essentially plug the trailer into the EV, letting it fast-charge the vehicle at up to 60 kw—or potentially a higher power for shorter periods, as the company suggested 100 miles of range returned in 10 minutes.

At its initial reveal last year, the company suggested that the Boulder’s dry weight would be just 1,950 lb, with a tongue weight of 185 lb. It will sleep a family of four, including a queen-size mattress, bunk beds, a dining area with couches, interior climate control, and a hot-water shower—plus a fold-out kitchen galley, potentially with an induction cooktop.

The Boulder keeps to classic teardrop-camper dimensions, according to the company, but in the meantime it hasn’t shied from trailers that might look more at home towed by a larger vehicle like a Ford F-150 Lightning or Rivian R1T. Two future models, the 17-foot Golden and the 27-foot Denver, don’t keep to the same teardrop look, but they have hard-shell tops that retract into a lower profile when towing. When camping they extend to provide 78-inch head room. It now suggests those models, which appear to only be at the rendering/planning stage, will offer battery packs up to 200 kwh, which would be enough to top out the upcoming Max pack versions of Rivian’s trucks.

Like many travel trailers, you’ll need to be in it for the lifestyle, as you could potentially buy a lot of fancy hotel nights—and a lot more EV—for the price. Colorado Teardrops asks for as little as $1,000 down, but a $10,000 down payment secures a lower price starting at $45,000. The company claims that it is accepting reservations for the Boulder for delivery in the first half of 2023, although that already represents a timeline pushed forward.

This isn’t the only firm pursuing electrified travel trailers, and it’s not the first to try the idea. Airstream showed an eStream concept earlier this year, incorporating a system developed with ZF, that could be arriving in the next few years. That system, in a different trailer, managed to get a 240-mile real-world range out of an Audi E-Tron Sportback EPA-rated at 218 miles.

Keeping a big automotive-grade battery pack unused the rest of the year isn’t so great for the environment or the strained supply chain either, so let’s hope the company is thinking big about how this product could be part of the home energy ecosystem, helping households put the battery to use the rest of the year.