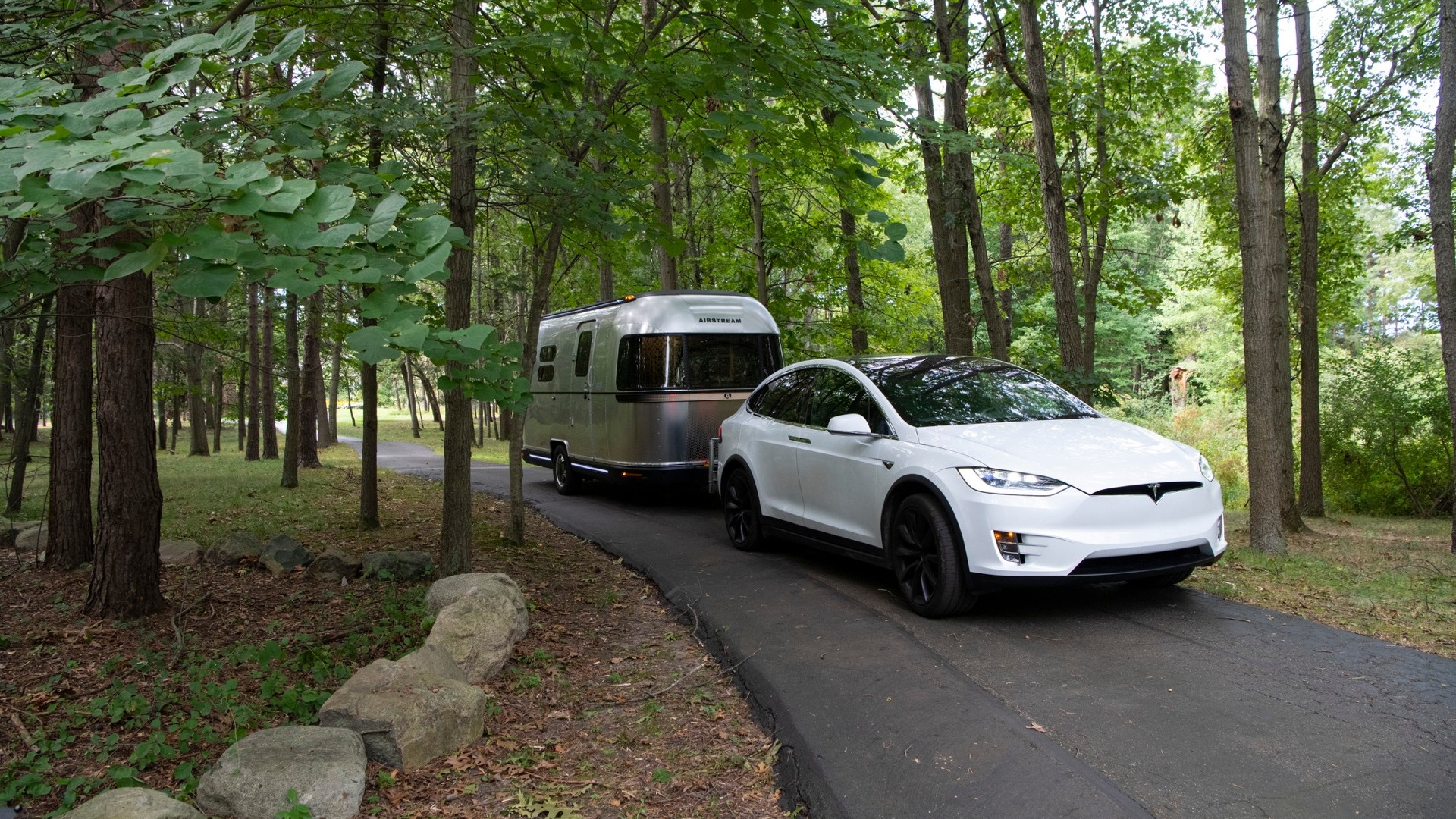 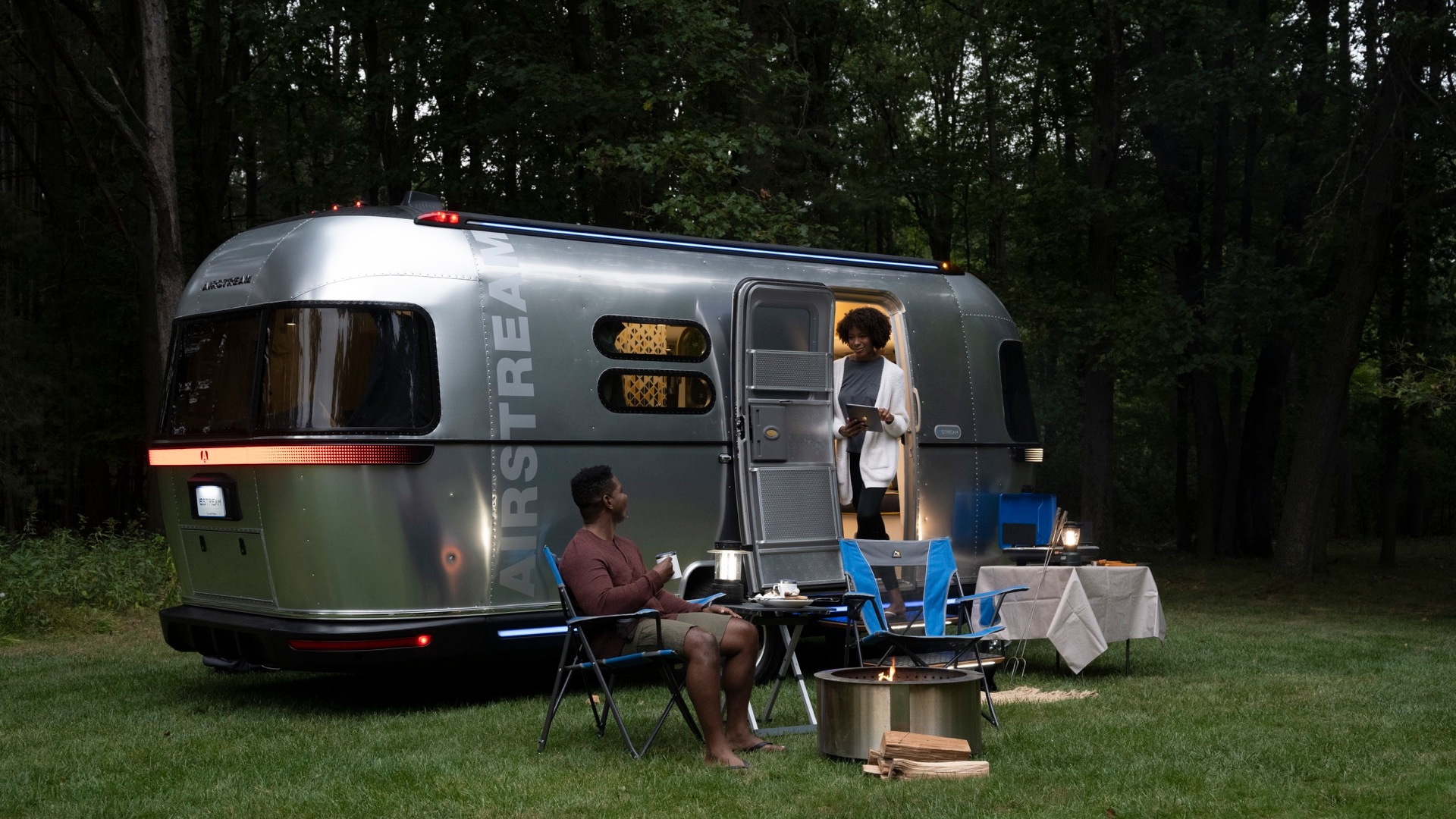 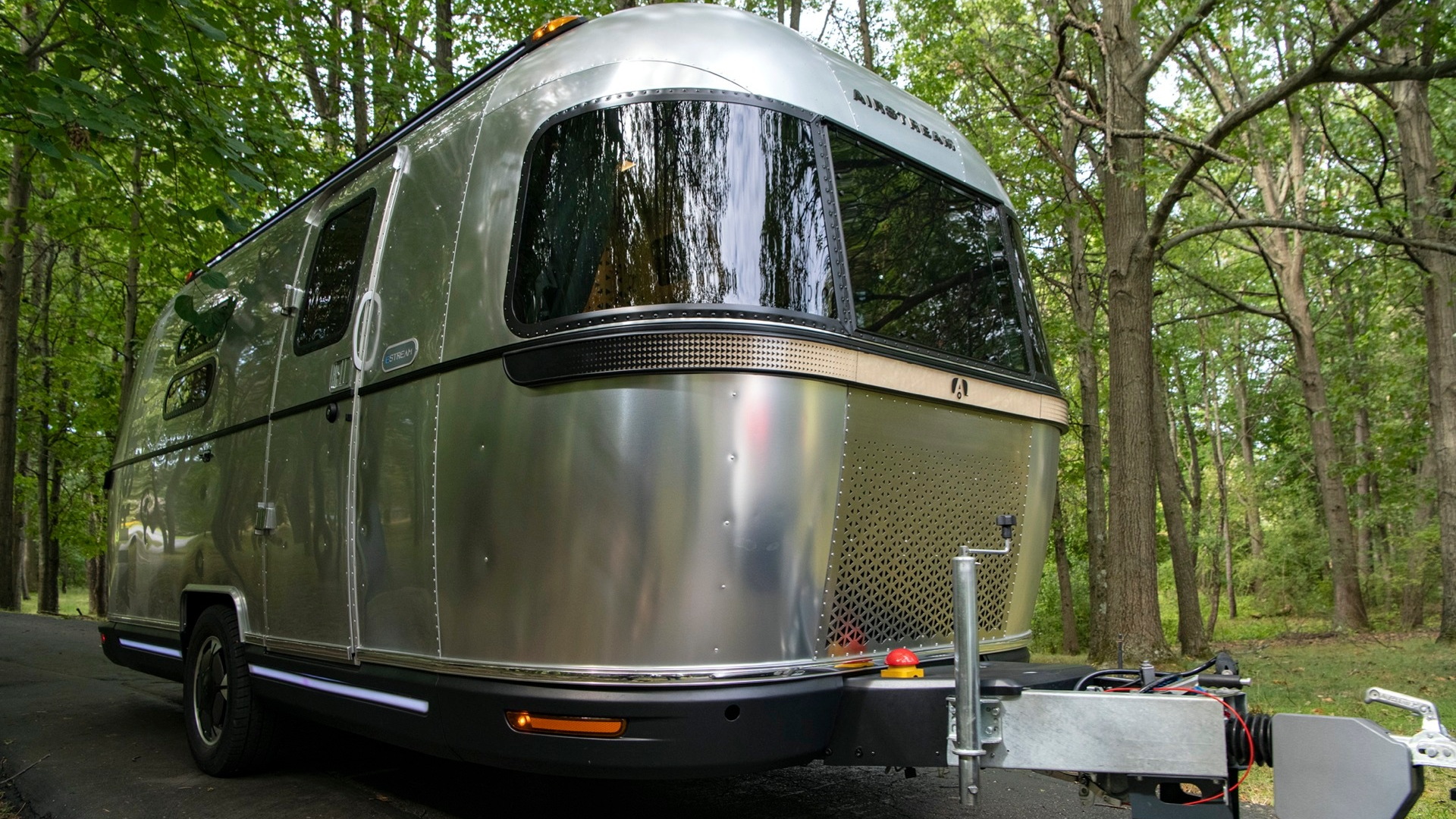 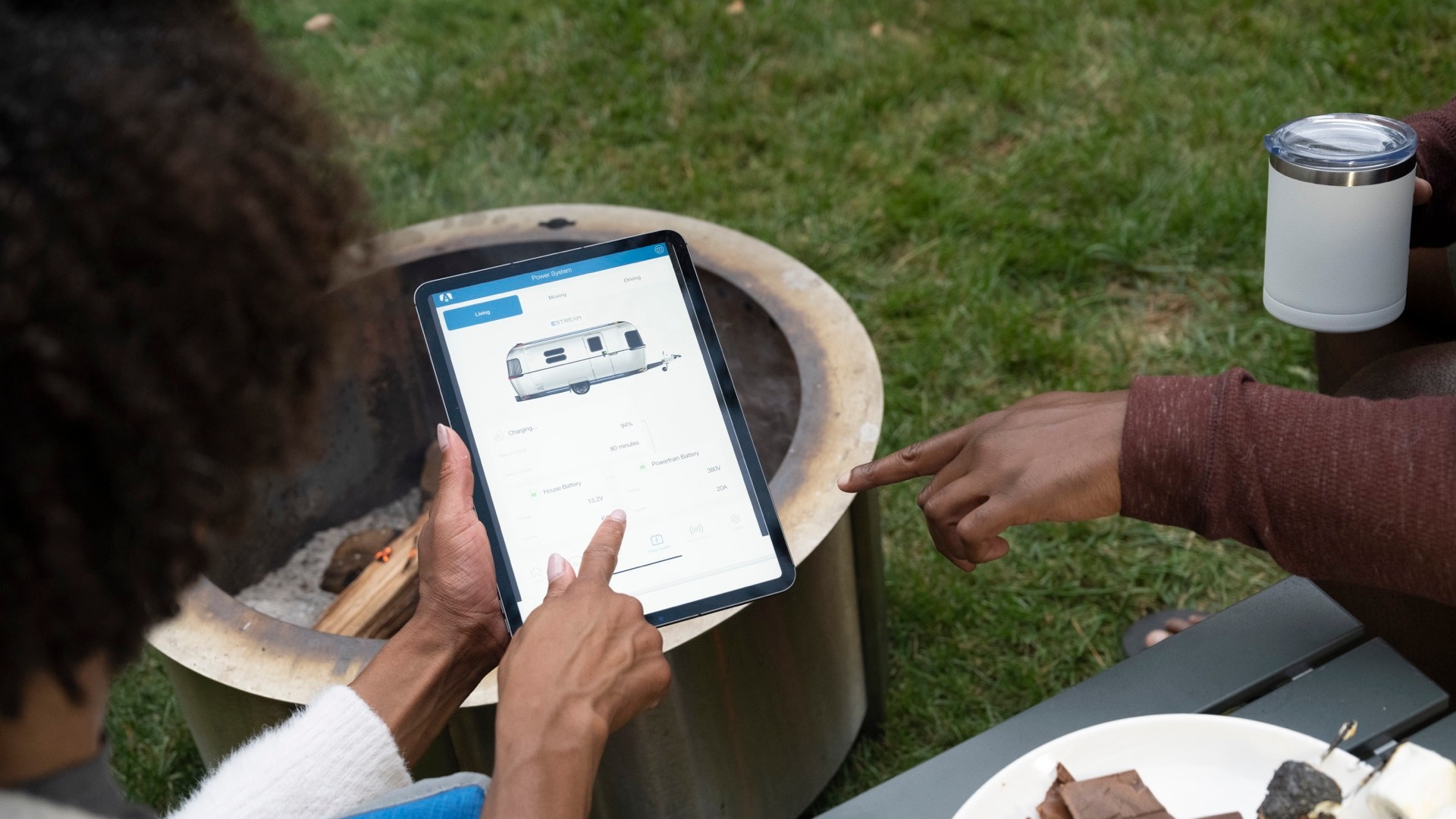 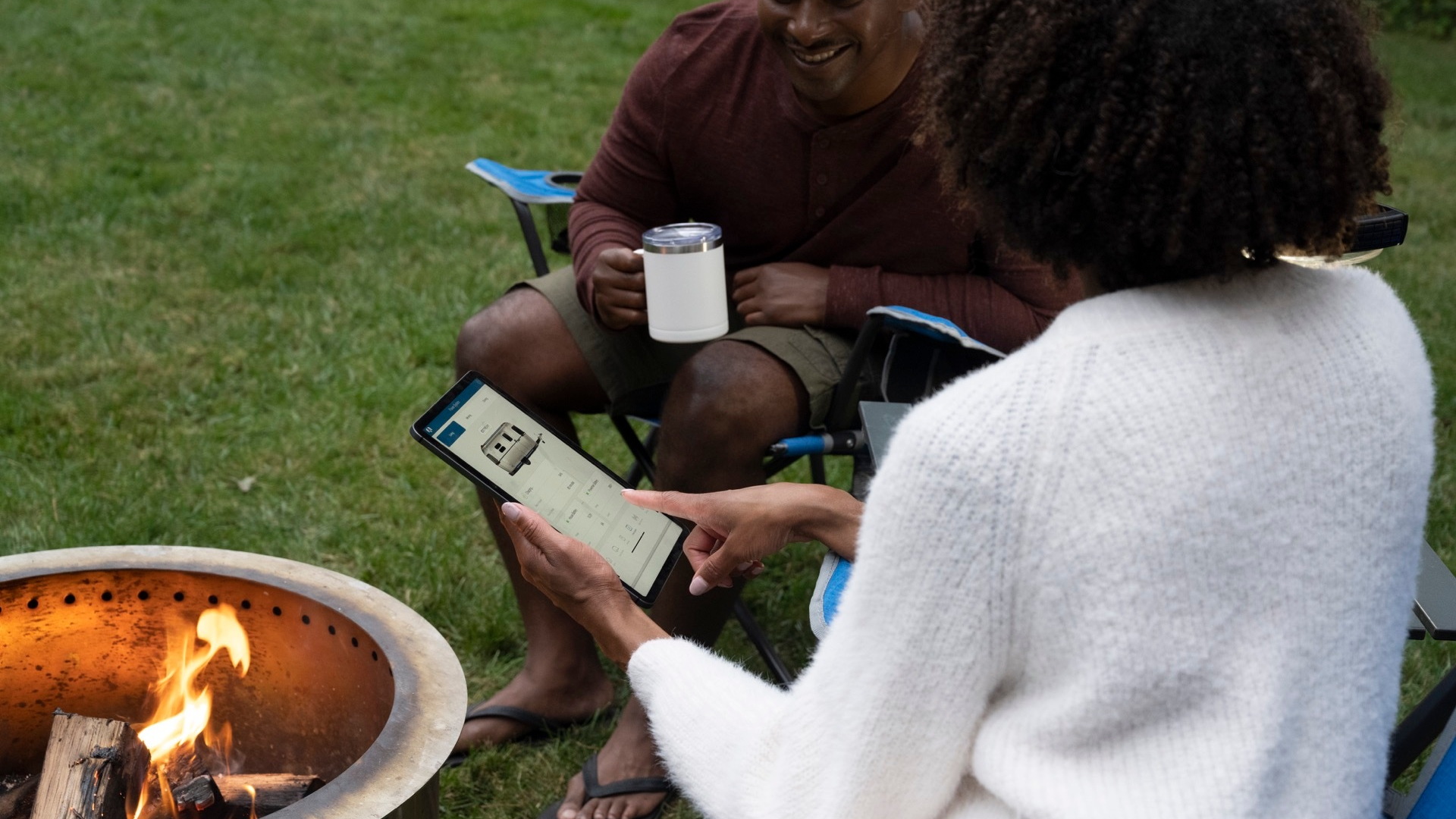 Airstream and its parent company Thor Industries surprised and excited RV enthusiasts and EV enthusiasts alike last month with an eStream electric travel trailer concept that might essentially go off the grid for days, boost the range or mpg of the tow vehicle, and potentially maneuver itself into a camping or charging spot.

Now the company has revealed more details about the project and the concept vehicle, which CEO Bob Wheeler underscored, in a follow-up Q&A session on the project last week, isn’t just a sustainability exercise. “Ultimately if it doesn’t provide a better customer experience it’s going to be a lot of effort for nought,” said Wheeler, who added that part of the project aims to navigate past some of the traditional pain points for EVs—like charging and trip planning.

To that, don’t expect the product to become available this year, or even next. The CEO emphasized that the company is still at the early stages with this idea.

“It's pretty safe to say that this exact concept trailer, this proof of concept, we’ll not see anything like this on the market ever,” he said. But it is a way of gathering feedback from dealers and customers and figuring out the right feature sets and value standpoint for such a model that it wants to build in the near future, he went on to explain.

Airstream’s starting point wasn’t with a completely new chassis and technical set, though. It picked up with the chassis that its German affiliate Dethleffs developed with ZF in 2018 and 2019—the one that was demonstrated last year with an Audi E-Tron Sportback on an Alps route that involved high altitude and lots of ascent and descent. With essentially this same system as in the eStream, albeit with a lighter trailer, the E-Tron Sportback managed the 240-mile route despite its 218-mile EPA range rating.

What Airstream is bringing to the project, according to product development and engineering VP McKay Featherstone, is the creation of a platform around this. “Our work was really to integrate that into one complete system, not just dropping a house on top of the chassis, but making sure everything works together towards a common goal,” he said, explaining that includes aerodynamics, connectivity, and some of the control units.

Featherstone explained that a company focus toward sustainability and a lower carbon footprint for its customers was one of the drivers. But he also pointed out that the project goes all the way back to the launch of the Tesla Model X.

“The idea of towing with an EV is not new; our customers have been doing it for many, many years,” McKay said. “So really, from that moment, through to today and talking to real customers…we understand their pain points, the difficulties, and absolutely the other integrations; we knew that this technology has the potential to solve those problems for our customers.”

In terms of tow-vehicle compatibility, the target is about a 5,500-pound GVWR, according to McKay. That would likely add up to more than what the Tesla Model X or Audi E-Tron could handle but well within what might be towed by a Rivian R1T or R1S, or an Ford F-150 Lightning.

Airstream wants customers to see the new model as not just more sustainable, but more luxurious and convenient. Today’s travel trailer owners face compromise, as they can’t stay off the grid for long. This system acts consistently, as if it were plugged in, with electricity and heating all the time.

Most of the materials to fit out the interior were chosen for the sustainability standpoint, and a transparent panel provides a view downward onto the drive unit and batteries. The trailer uses a heat pump, and there’s an induction cooktop, and without the need for the customary propane tank, the front of it looks clean.

The eStream also has a narrower body than the typical Airstream, as well as a completely clean roof, with a view down onto 900 watts of solar cells that slowly charge the battery during traveling or camping.

The 22-foot travel trailer should be able to fit into a standard vehicle charging spot, allowing both it and the tow vehicle to fast-charge simultaneously on road trips. It envisions fast-charging times (to 80%) in the vicinity of 30 to 45 minutes—closely paralleling most of today’s EVs. And they want to design its Level 2 onboard charger around being able to provide a full charge overnight on typical campsite 30-amp outlets.

Although this is a concept, the idea is clearly in development. Airstream plans to get the trailer out on the road this year, with testing in real-world conditions, with more testing and refinement to follow.

Airstream is still in the process of determining what size the battery and motors should be. And understanding the dynamics will be a critical part of the testing process. Dethleffs’ somewhat lighter trailer used two 90-kw (121-hp) electric motors, with the system providing 40 hp of continuous power from each

The eStream has the potential to torque-vector and help stabilize not just the trailer but the tow vehicle together with it, aiding a smooth, stable tow in sway conditions or side winds. It also has the potential to actually help with traction—up muddy or snow-packed inclines, for instance.

One of the showstoppers of the concept is its ability to remotely park itself, via a smartphone app and under its own power. The backup and auto-driving system will primarily use a set of ultrasonic sensors—both down below and up above—in combination with camera systems.

Trip planning is also important in this tech showcase, for getting it all the work and making sure that the experience is indeed better. Airstream also plans to use Amazon Alexa for quick delivery of how-to content related to the new tech.

“Because we’ve reengineered the weight distribution, there’s a chance to revamp the hitching experience, too,” Featherstone hinted,

The sStream does fit into existing NHTSA regulatory framework, the executives said, sounding somewhat surprised; so part of the project will be making sure what it stays in compliance with that.

And there’s really a lot more innovation that could end up in a production model. Airstream is also looking into the possibility of bidirectional charging, and powering the home from its battery. It also needs to apply some more problem-solving to the space down below. With the two 40-kwh packs occupying the space on either side of the axle and motor unit, Wheeler suggested that they’ll need “some new thinking about water and waste.”

Just as we’re starting to see for electric trucks, there will be some innovative new solutions to enable getting away from it all, familiar but different. And for a classic form factor, the eStream is a creative start to look forward to.