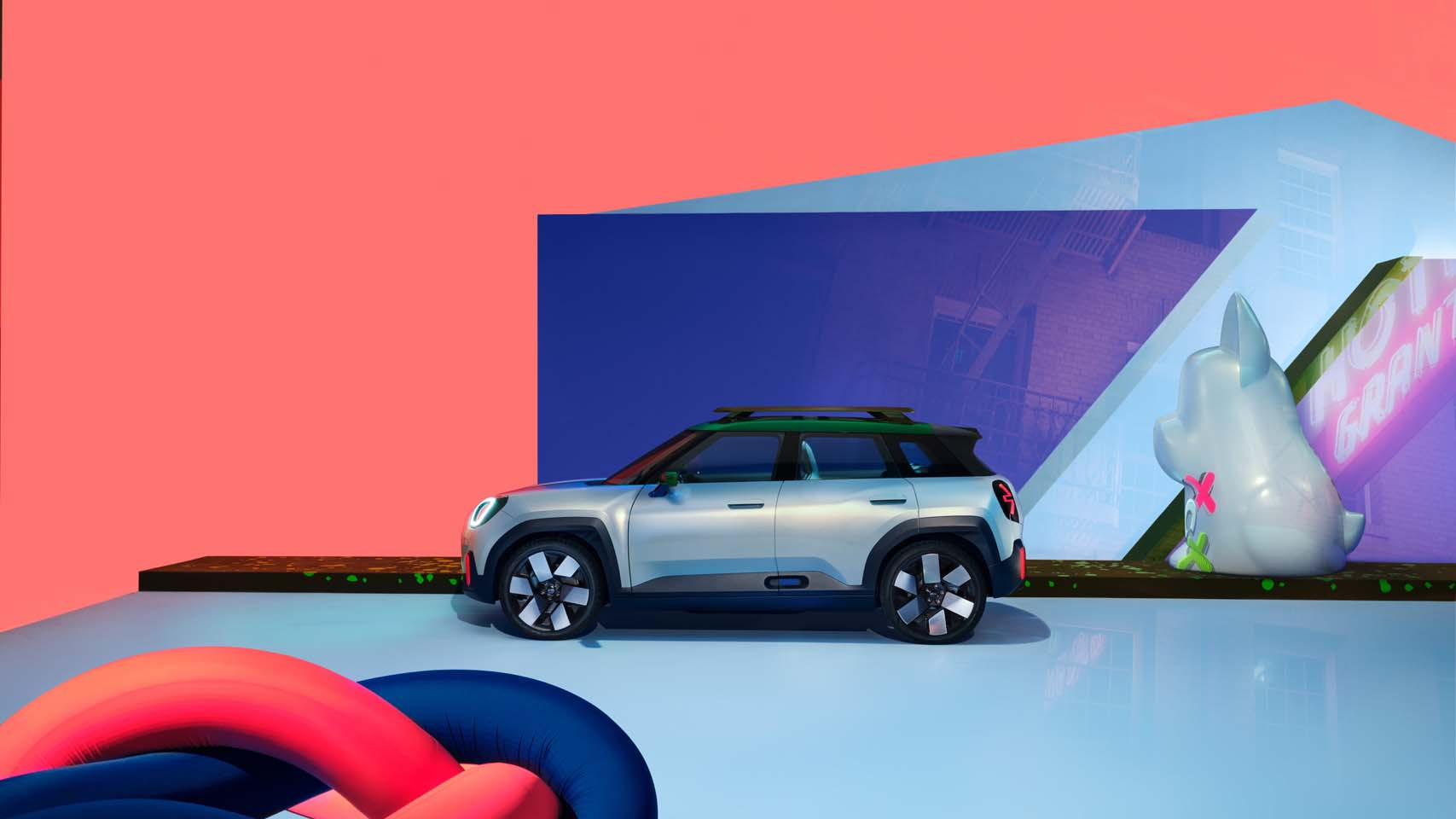 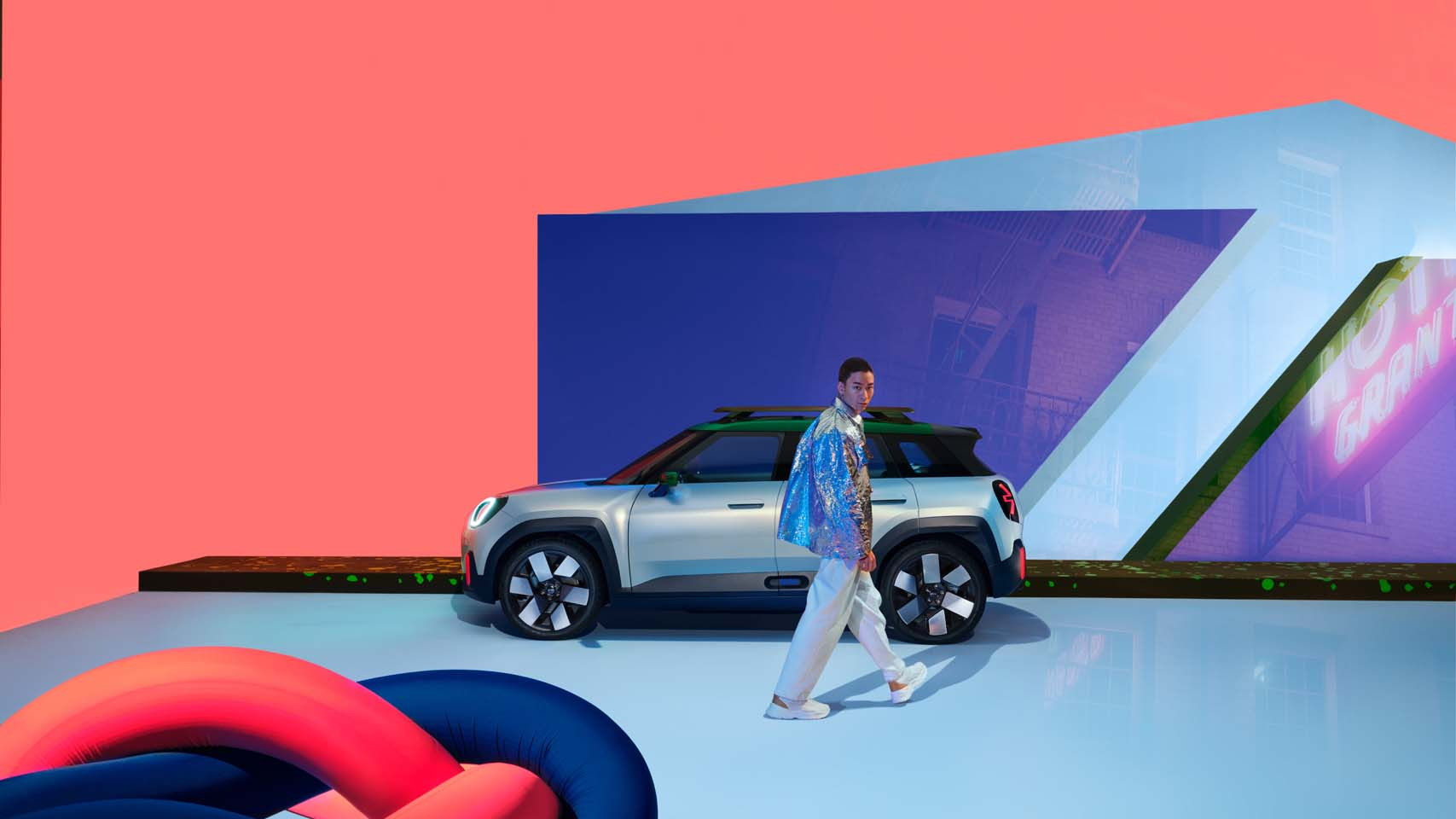 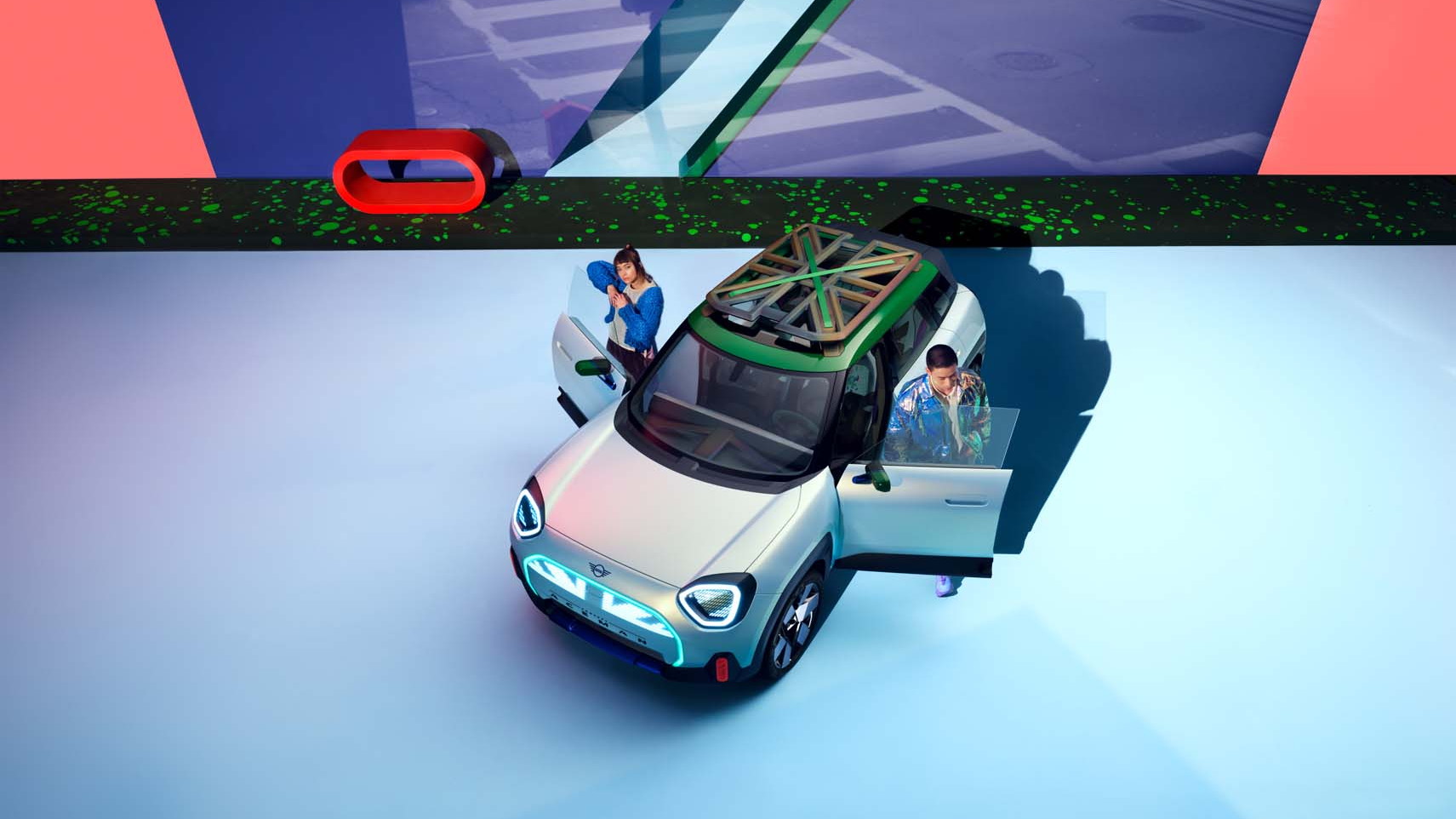 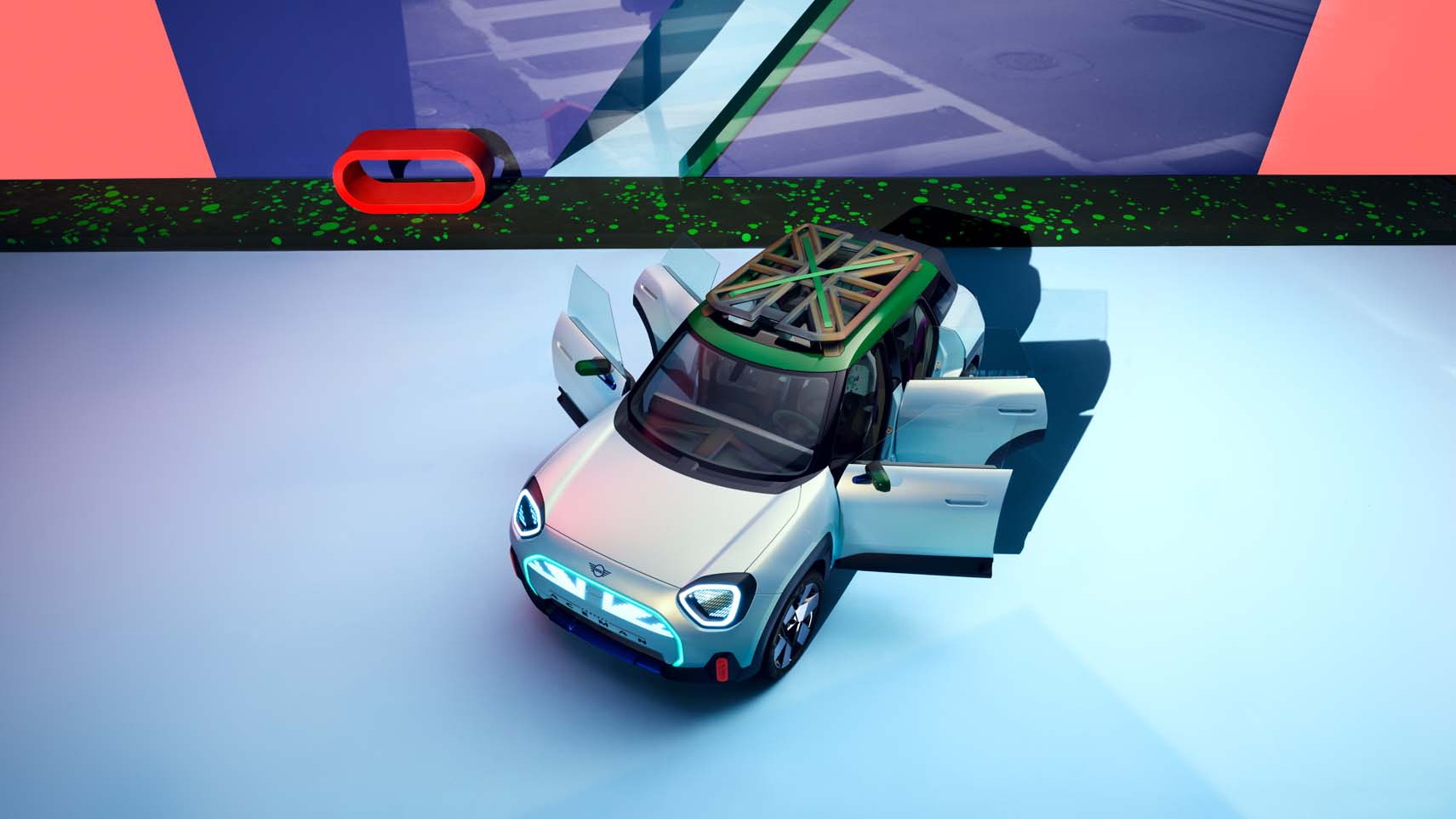 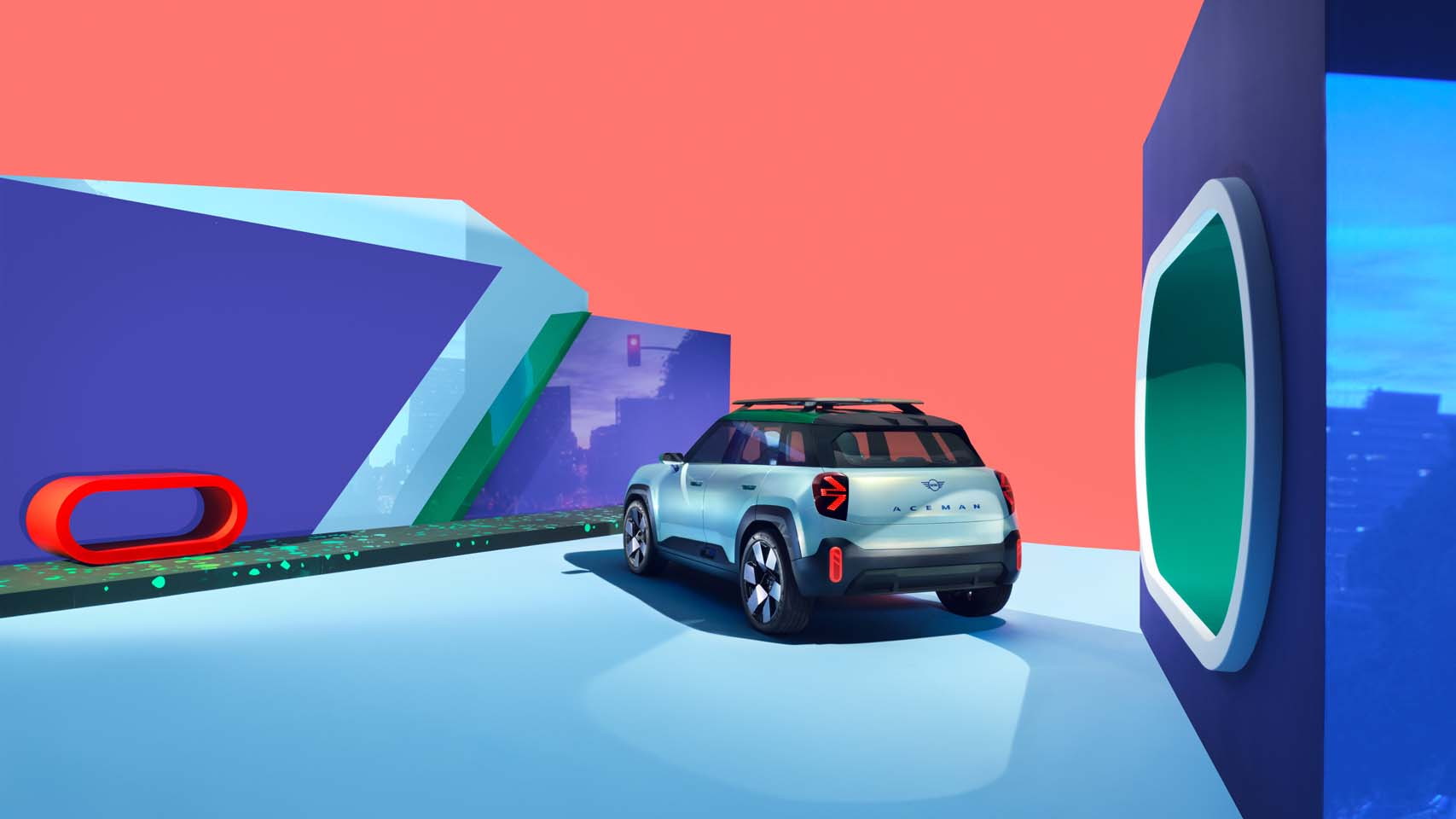 Mini’s given the best indication yet with the reveal of the Concept Aceman, which it says previews the design direction of the brand and a future all-electric crossover.

The form factor itself is interesting. Mini says that the Aceman merges some of the features from the Mini Cooper—currently offered in electric Cooper SE form—and the Mini Countryman to create “a modern interpretation of a crossover model.”

Especially of note is that the Aceman is a return to being mini-sized—in some respects, but not others. At 159.4 inches long, the Aceman is soundly a subcompact, yet its 78.3 inches of width and 62.6 inches of height aren’t different than what you’d expect for a compact or mid-size crossover. The four-door model has seating for five, with a large cargo area

Back to the design itself, it’s upright at the front, more chiseled overall, and flush whenever glass meets the body. The brand claims it “represents the dawn of a new Mini design era,” governed by the idea of Charismatic Simplicity that involves “a holistic user experience of light, movement, interaction and sound.”

Wide, asymmetrical surrounds at the wheel arches around big 20-inch wheels help give it a little more of the crossover look. LED “contour lightning” brings a shade of light green around the edges of the vehicle, while clear surfaces surround the traditional grille area. A British Racing Green roof and roof-rack motif is a takeoff on the traditional Union Jack scheme, matte-green side skirts serve as accents, and the grille itself is closed, with matrix LED lights integrated within.

Inside, the Mini Concept Aceman has a minimalist look, with a dashboard influenced by the design of sound bars and a reinvented version of the original bar of toggle switches under a round display. Mini says that the user interface has a new graphic display, with widgets on a bright OLED screen, and it’s based on an Android Open Source software stack.

There’s no mammoth, full-width screen here. Instead there’s a novel minimalist solution: A pop-up mode provides a projection onto the rest of the dashboard as needed—for navigation prompts, for instance.

Surfaces in the Aceman are made of knitted recycled textile material, while the model is free of chrome and leather, both of which involve some heavy footprints in the supply chain.

The Aceman holds a host of details that are likely to show up in future fully electric Mini models. Currently, that’s essentially an open canvas. Mini only has one fully electric model—the Mini Cooper SE—and it’s essentially a conversion of the Mini Cooper, with a 114-mile range. The brand recently teased an open-top version with a one-off Cooper SE Convertible, but Mini has suggested for a couple years that there is an entire family of electric crossovers coming from the brand, as gas and electric models coexist until the early 2030s when it will phase out ICE vehicles. As these models gestate, the brand has been showing its commitment in that future by converting classic Minis to EVs with a “bespoke upcycling” program in the UK.

Otherwise of note is that Mini revealed no information or hints here of the battery, drive systems, or how much range it sees Mini EVs getting in the future. That's all yet to come—in another concept, perhaps.

Mini says that the Aceman concept will be shown at Gamescom 2022, a computer and video-game fair in Cologne, Germany, from Aug. 23-28.