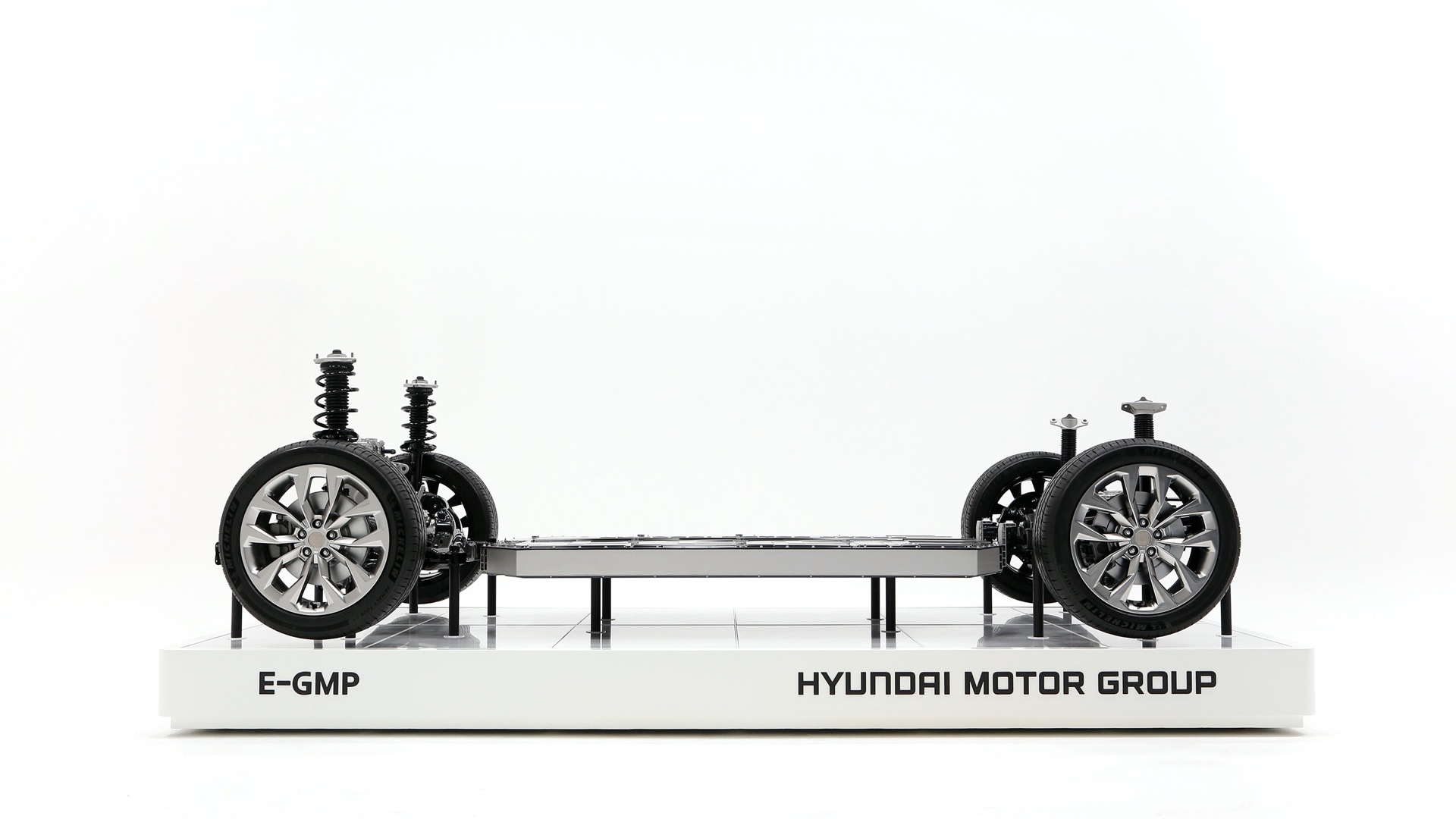 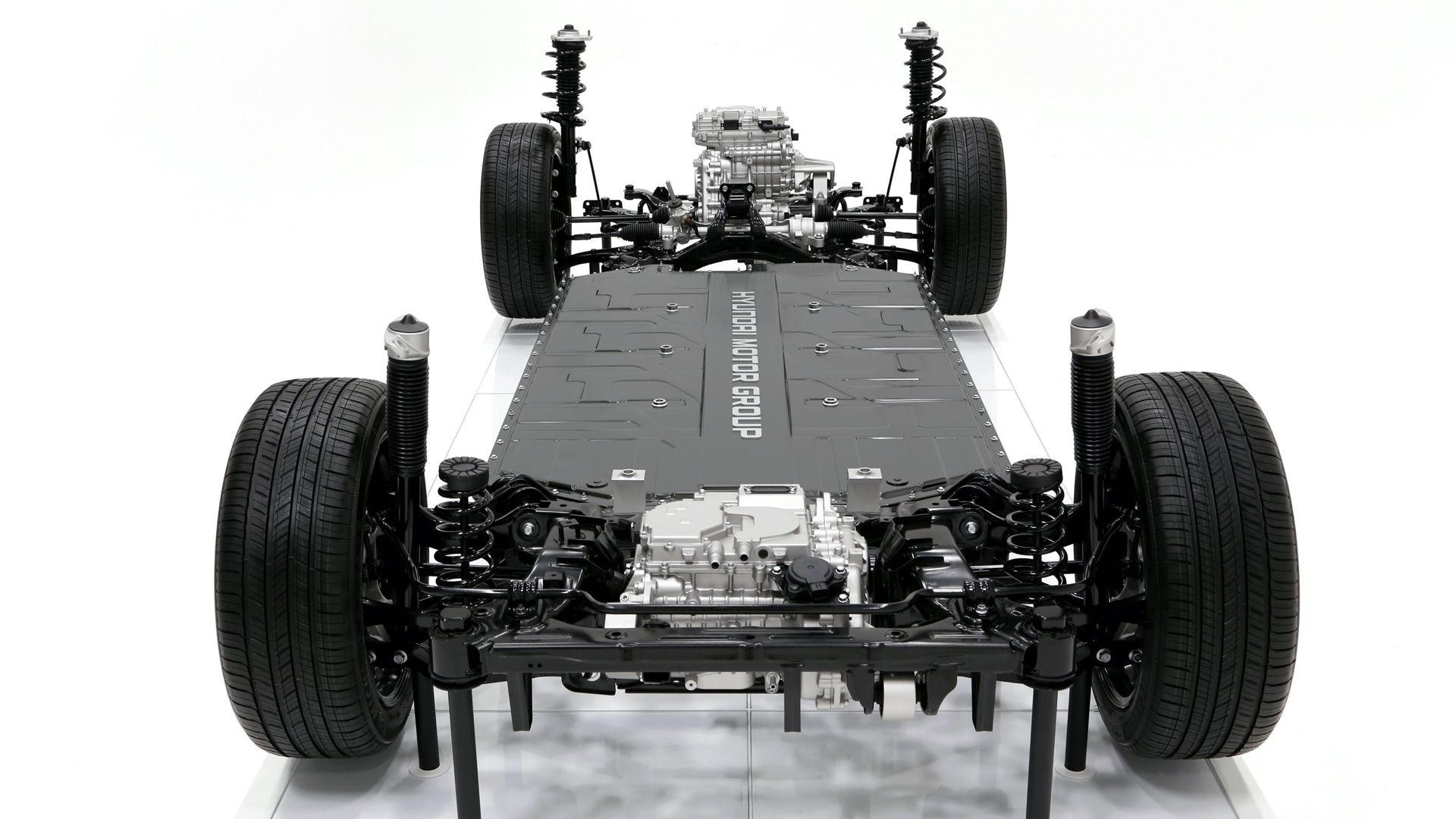 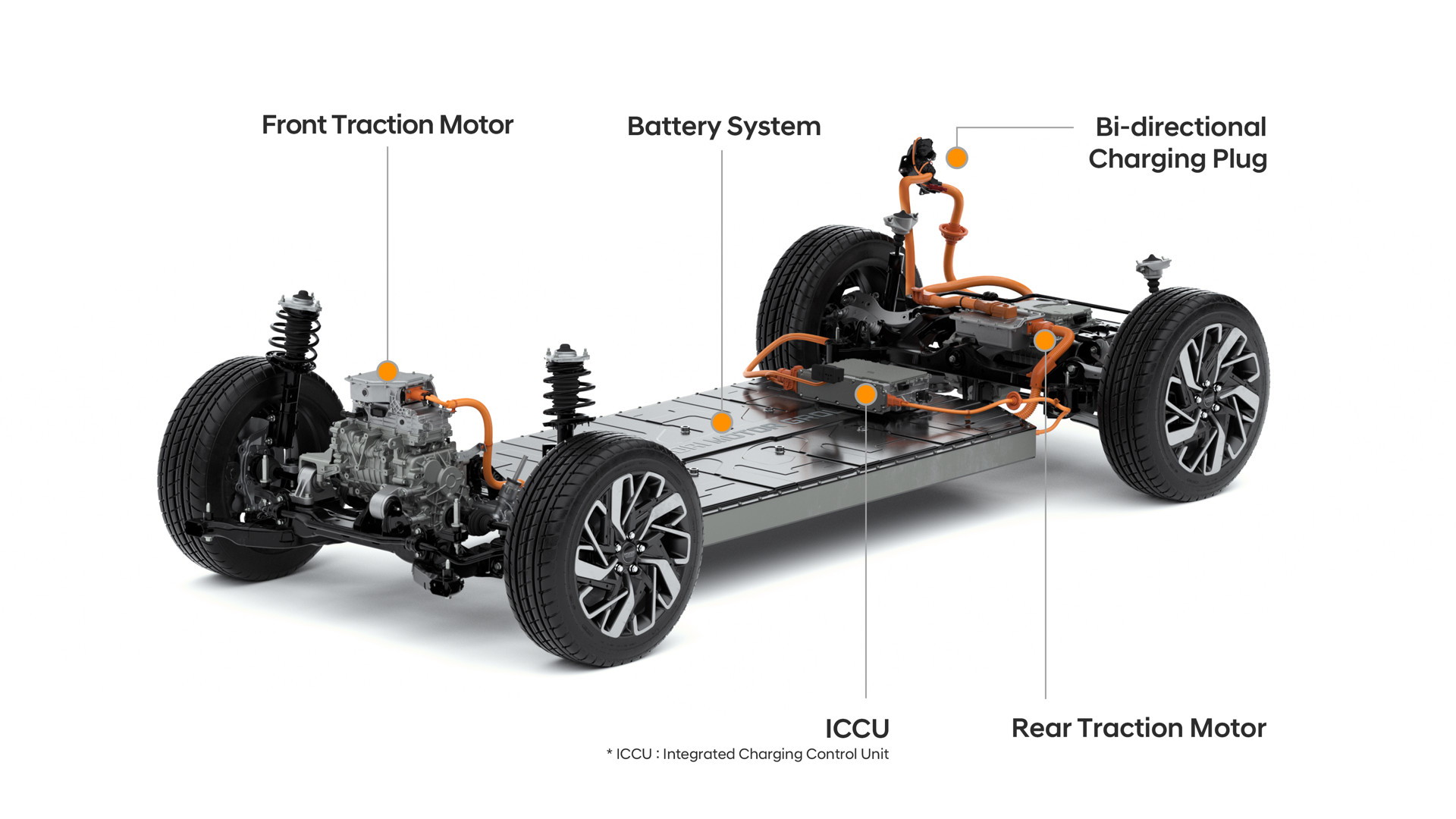 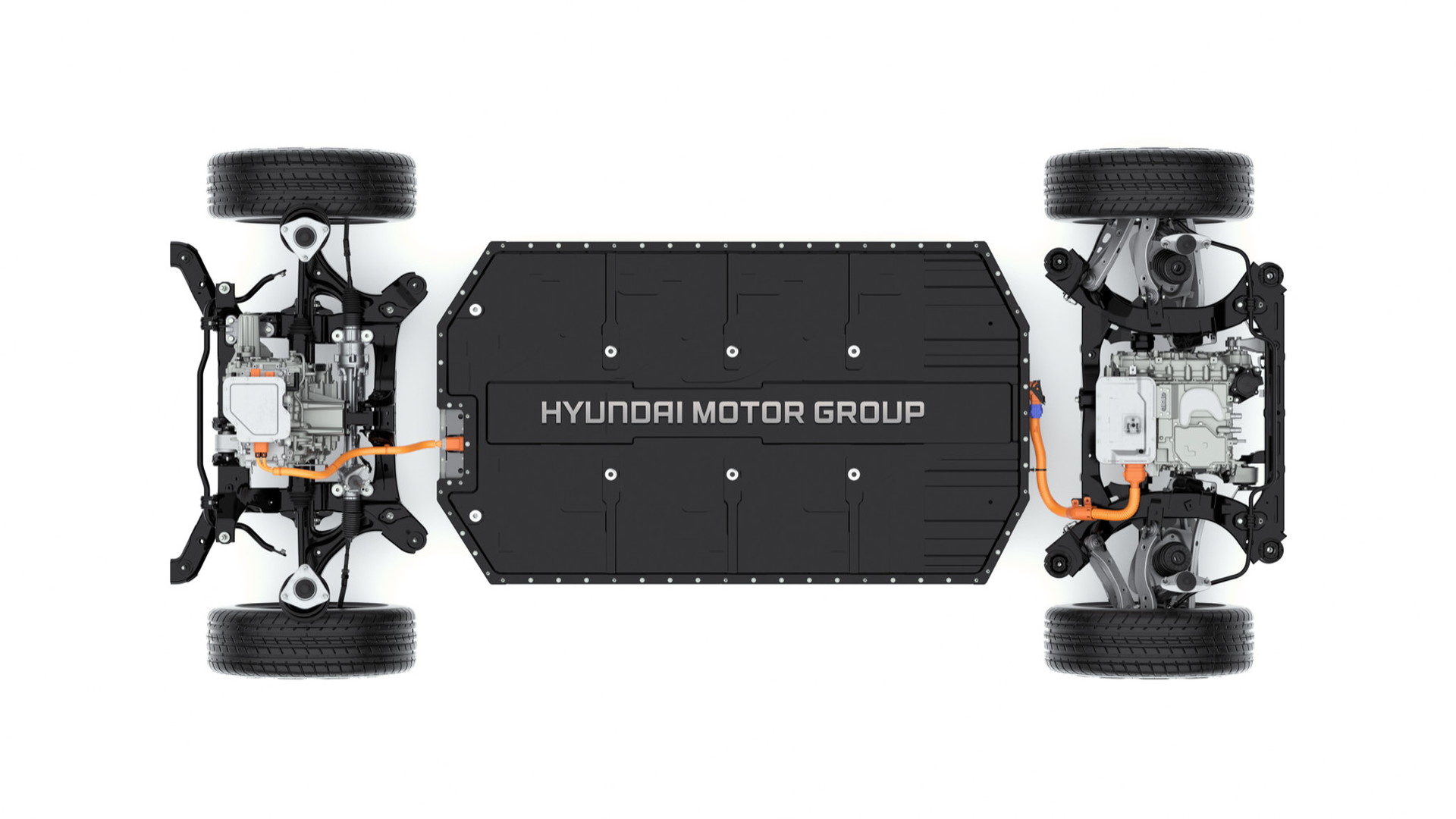 A high-performance model based on E-GMP will be able to dash from 0-62 mph in less than 3.5 seconds, and to a top speed of 162 mph, Hyundai says. And on the charging front, vehicles can use 800V hardware and will be able to regain 62 miles in as little as 5 minutes.

The first of those vehicles will be the Ioniq 5, an electric crossover set to be revealed in 2021 and based on the retro-styled 45 EV concept that is expected to face a growing group of rivals such as the Tesla Model Y, Ford Mustang Mach-E, Nissan Ariya, Volvo XC40 Recharge, Volkswagen ID.4, and Audi Q4 E-Tron.

The Ioniq 6, a sedan, will arrive the following year and borrow its sport-sedan proportions and cues from the well-received Prophecy concept. A larger Ioniq 7 SUV is due in early 2024.

On the Kia side, a crossover built on this platform is due later in 2021.

These vehicles are just the start of a platform that sounds designed for flexibility in size and vehicle shape. The emphasis was on a long wheelbase with short overhangs, and the passenger floor will be flat, allowing a wide range of seating arrangements.

Modularity will help allow more flexibility, streamline development, and meet the needs of a rapidly changing market, says Hyundai. And like other dedicated electric platforms, it has been designed exclusively for battery-electric systems and doesn’t leave room for a conventional engine and transmission—helping to optimize safety and weight distribution while maximizing passenger and cargo space.

Hyundai says that the battery pack within the E-GMP vehicles will be “the most power-dense system that Hyundai Motor Group has ever created,” with an energy density boosted by about 10% compared to current EVs, with lighter packs—using “pouch-type standard cells” in different layouts and quantities—that can be mounted lower in the body. A separate cooling-block layout improves cooling performance and saves space.

Modularization and standardization was emphasized through the development process, Hyundai says. It used a five-link rear suspension, of the type typically used for mid-size and large vehicles, and it claims the world’s first mass-produced integrated drive axle, combining wheel bearings and the driveshaft.

Hyundai has also wrapped the motor, gearbox, and inverter together in a single compact module, and says that the motor spins up to 70% higher than existing motors—up to about 20,000 rpm—for more space and weight efficiency. The inverter adopts silicon carbide semiconductor technology, and gains from that and motor efficiency together help yield a 5% range boost alone.

Rear-wheel drive is the basis of the platform, but vehicles can add all-wheel drive with a second motor in front. The front motor includes a full transmission disconnector to help reduce drag when it’s not needed.

Vehicles that are built on E-GMP will have a driving range of more than 311 miles on the WLTP cycle, Hyundai says, and be capable of charging to 80% in 18 minutes—likely taking advantage of 350-kw CCS DC fast-charging hardware.

Perhaps most noteworthy, from a charging standpoint, is that the E-GMP has been developed from the start for bi-directional charging. Using a new Integrated Charging Control Unit (ICCU) instead of a typical onboard charger design, these next-gen EVs will have vehicle-to-load (V2L) functionality, making them capable of discharging energy for outside uses without other components. That’s enough to operate both a 55-inch TV and an air conditioner for up to 24 hours—or perhaps, to put it more bluntly, home needs on a just-the-basics level during a brownout.

They can supply up to 3.5 kw of power for accessories or somewhat more than that through CCS—to help charge other vehicles, for instance.

“Today our front-wheel driven Hyundai and Kia BEVs are already among the most efficient ones in their segments,” he said in a release. “With our rear-wheel driven based E-GMP, we are extending our technological leadership into segments where customers demand excellent driving dynamics and outstanding efficiency.”

Biermann also revealed that the platform will also form the basis for Hyundai’s upcoming robotaxi, being developed by Motional, Hyundai’s autonomous vehicle project with Aptiv.

They’re important building blocks for a generation of EVs. Watch the video below for a tour through all the technical points.