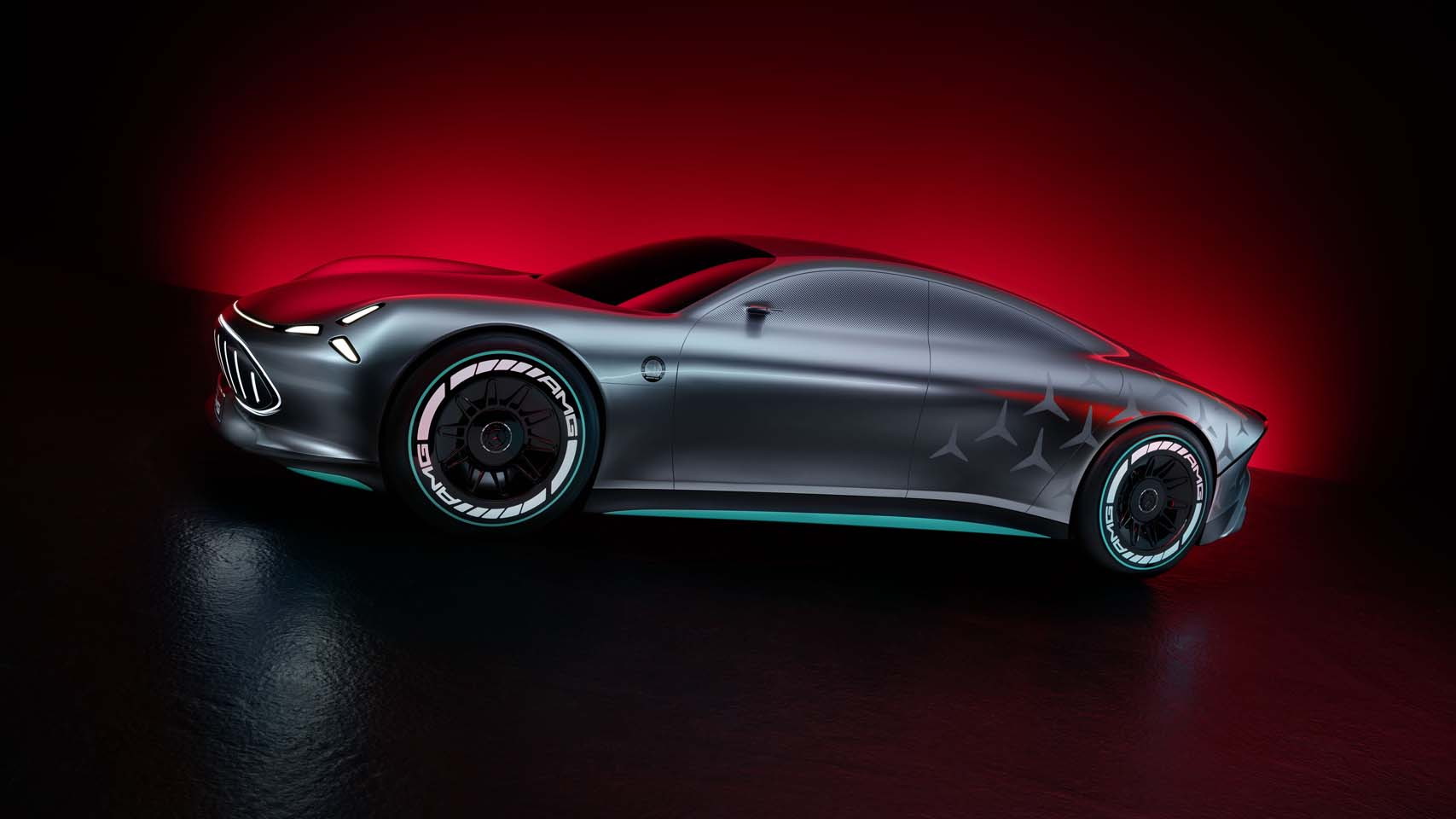 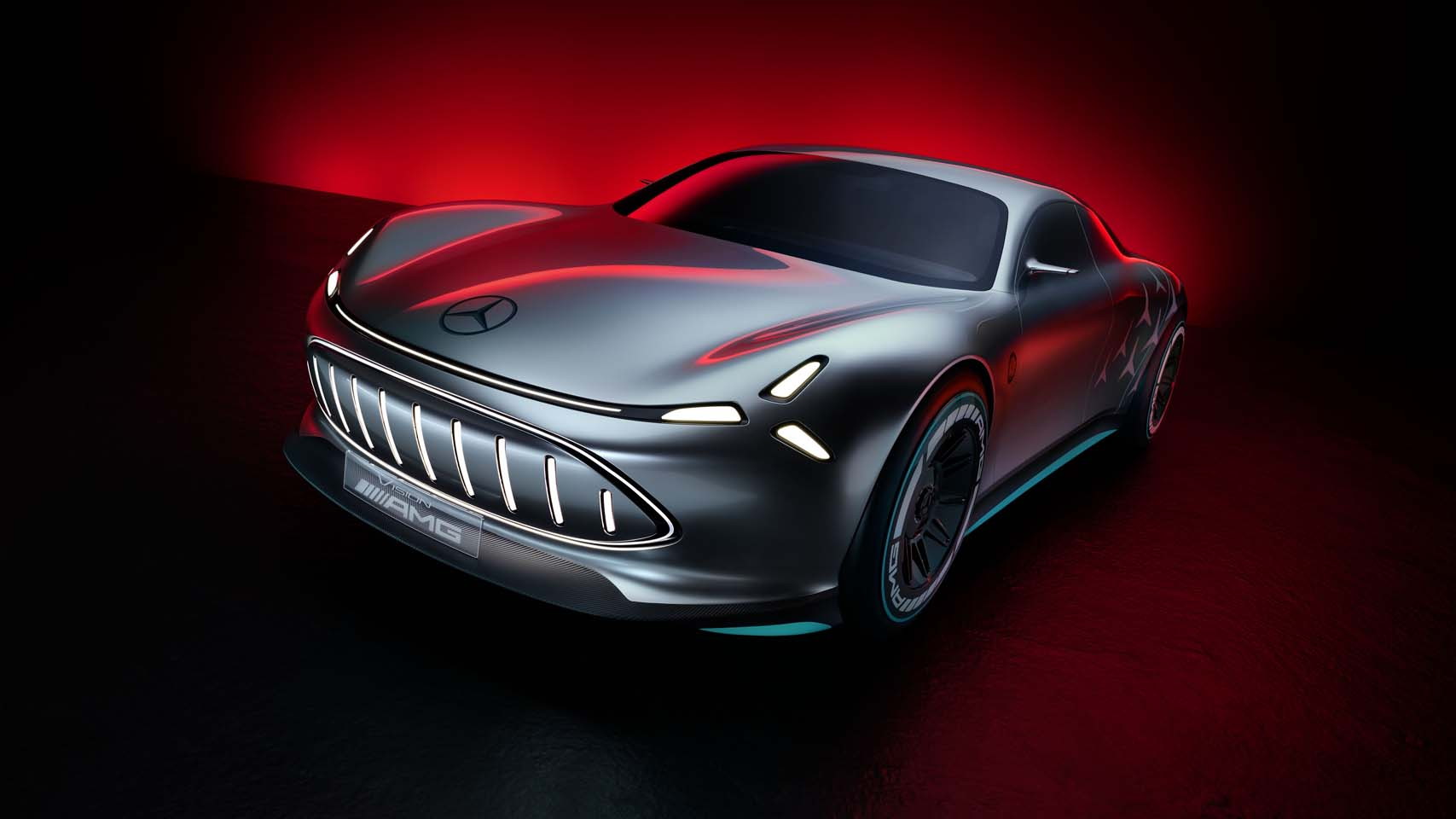 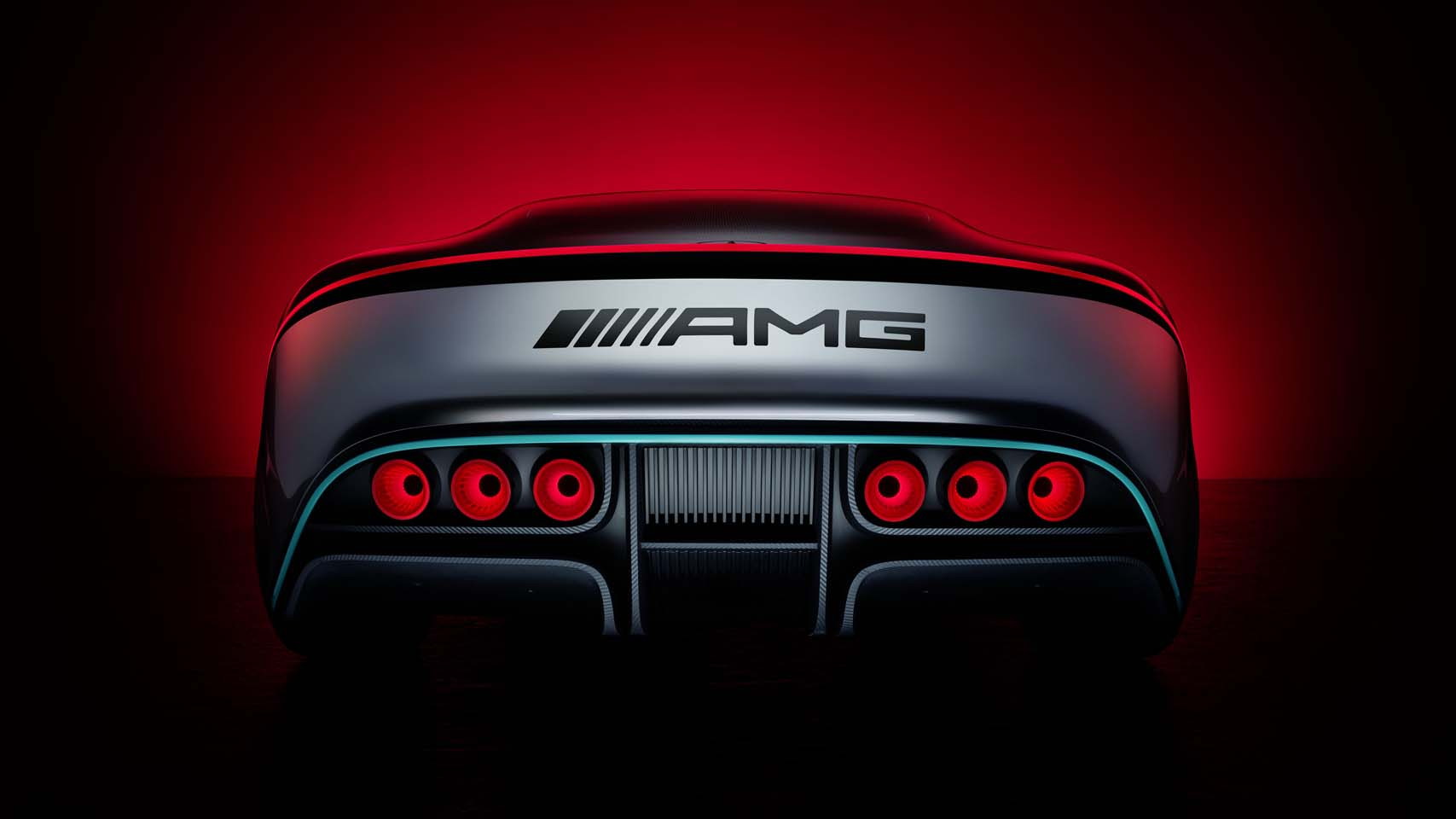 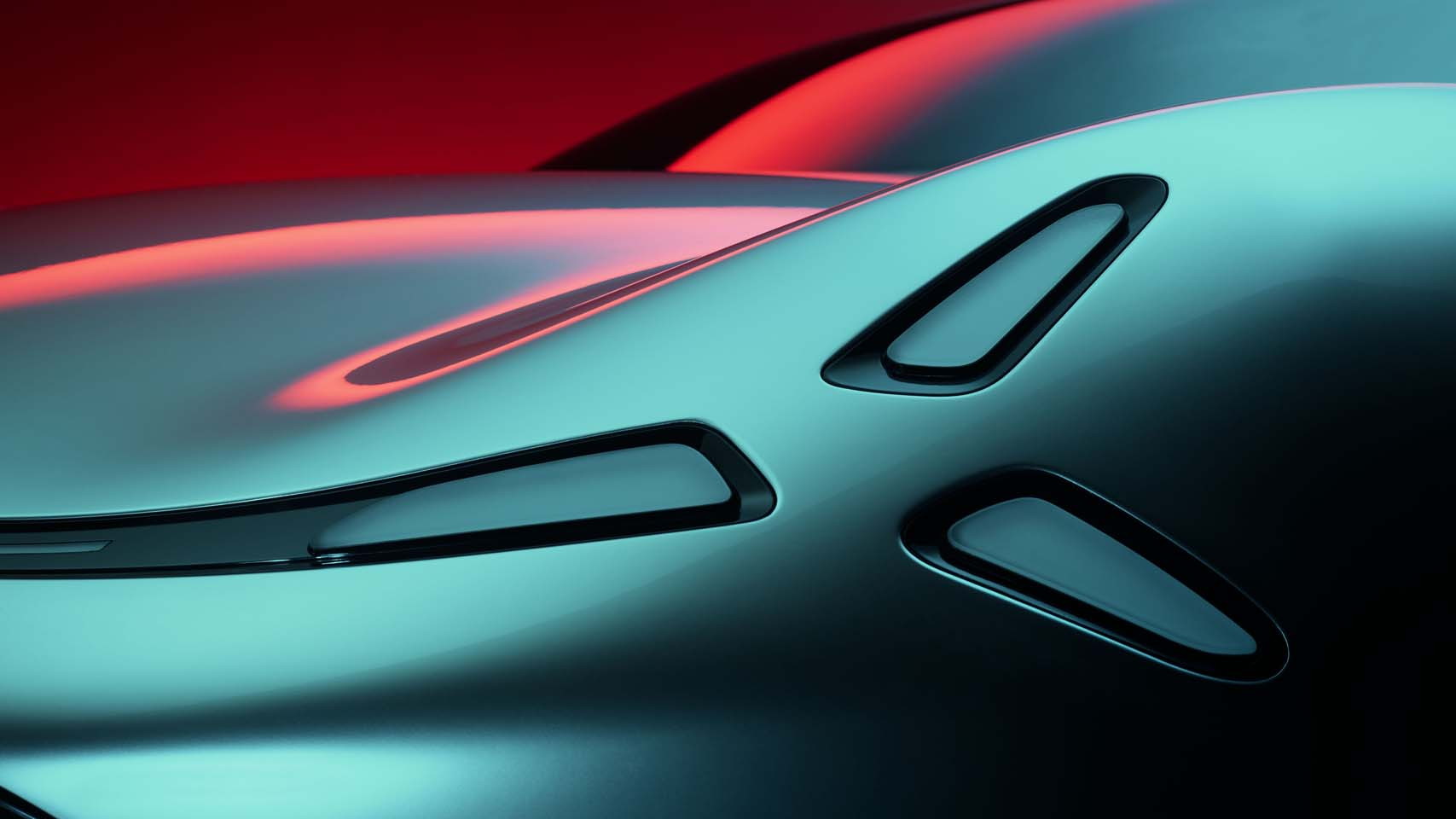 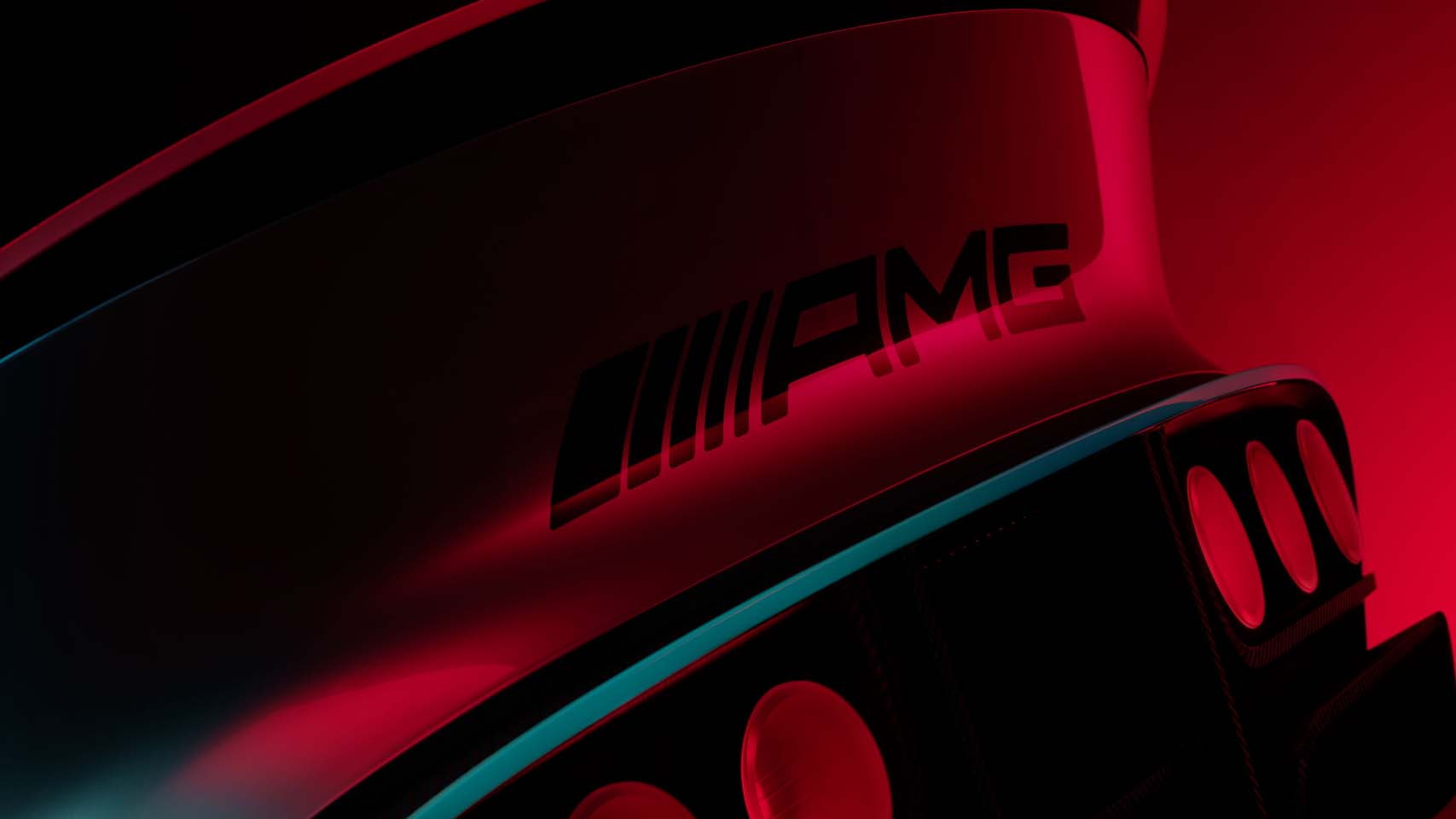 Mercedes-Benz on Thursday unveiled a concept car previewing the electric future of its AMG performance brand.

The Vision AMG concept is a sleek electric four-door coupe underpinned by the AMG.EA platform, one of three dedicated EV architectures Mercedes plans to introduce around 2025. That's also when we should see the first AMG production model based on this architecture.

This concept clearly bears some likeness to the Vision EQXX concept from parent brand Mercedes, which recently completed a 626-mile trip on a single charge in prototype form. The Vision EQXX is pivoting to completely different tech, including the potential for air-cooled batteries—unlikely in a performance EV.

The Vision AMG also gets some styling features that go beyond aerodynamic efficiency. It has the cab-rearward proportions of classic sports cars, six large circular taillights installed around a rear diffuser, and headlights shaped like the Mercedes three-pointed star badge. Light-up bars create the illusion of any otherwise-absent grille.

AMG already has some experience with electric cars. Recall that it launched the limited-production SLS AMG Electric Drive sports car in 2014. Based on the gasoline SLS AMG, it had 740 hp and gullwing doors, but also a roughly $435,000 price tag.

Mercedes now plans to make AMG electric as part of an overall goal of going all-electric in at least some markets by 2030. AMG has already revealed a version of the upcoming EQE sedan, incorporating an in-house motor design, as well as a tuned EQS sedan.

AMG plug-in hybrids are also going about their performance in an entirely different way, with Formula One battery tech and a special 2-speed gearbox.