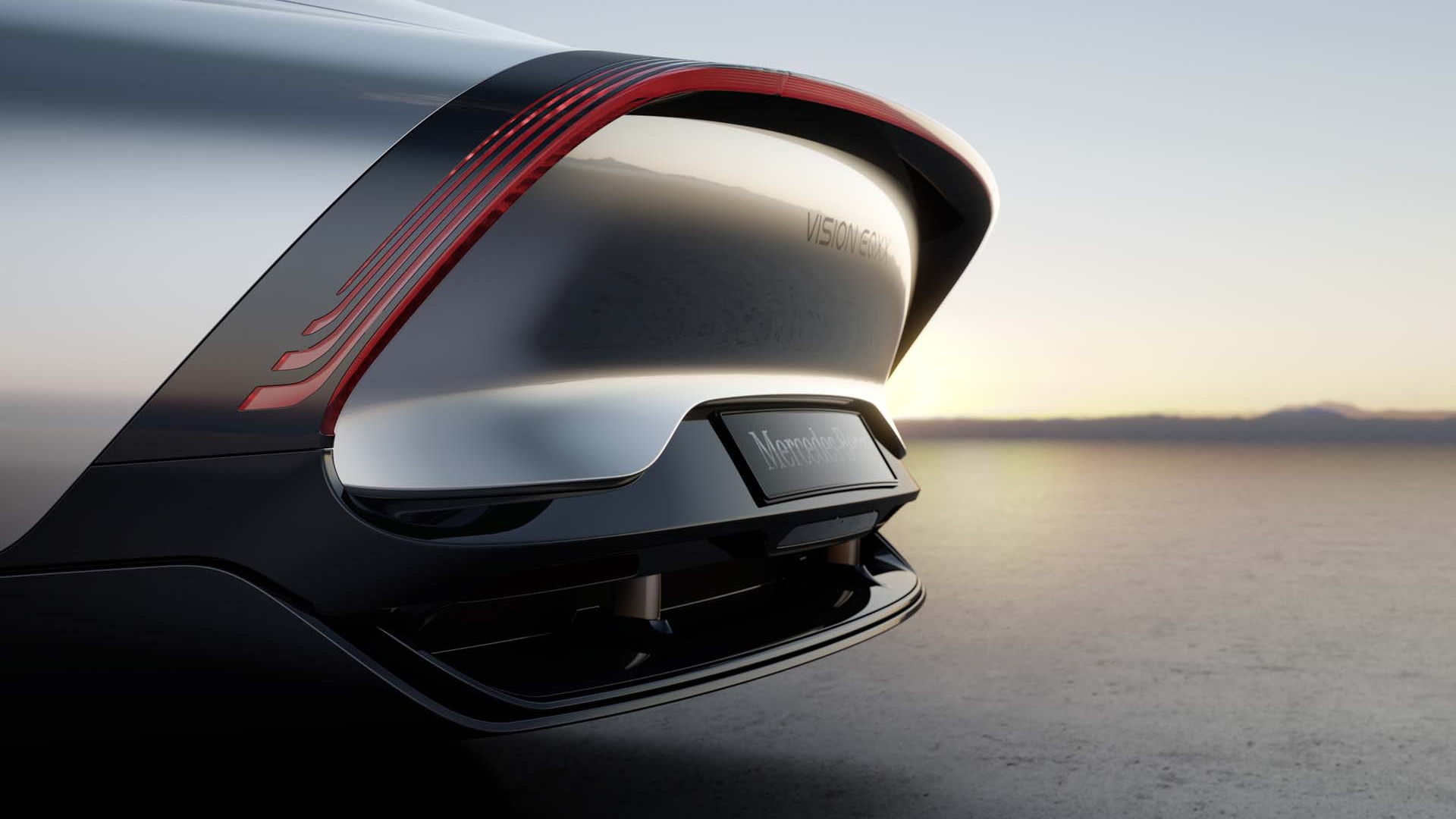 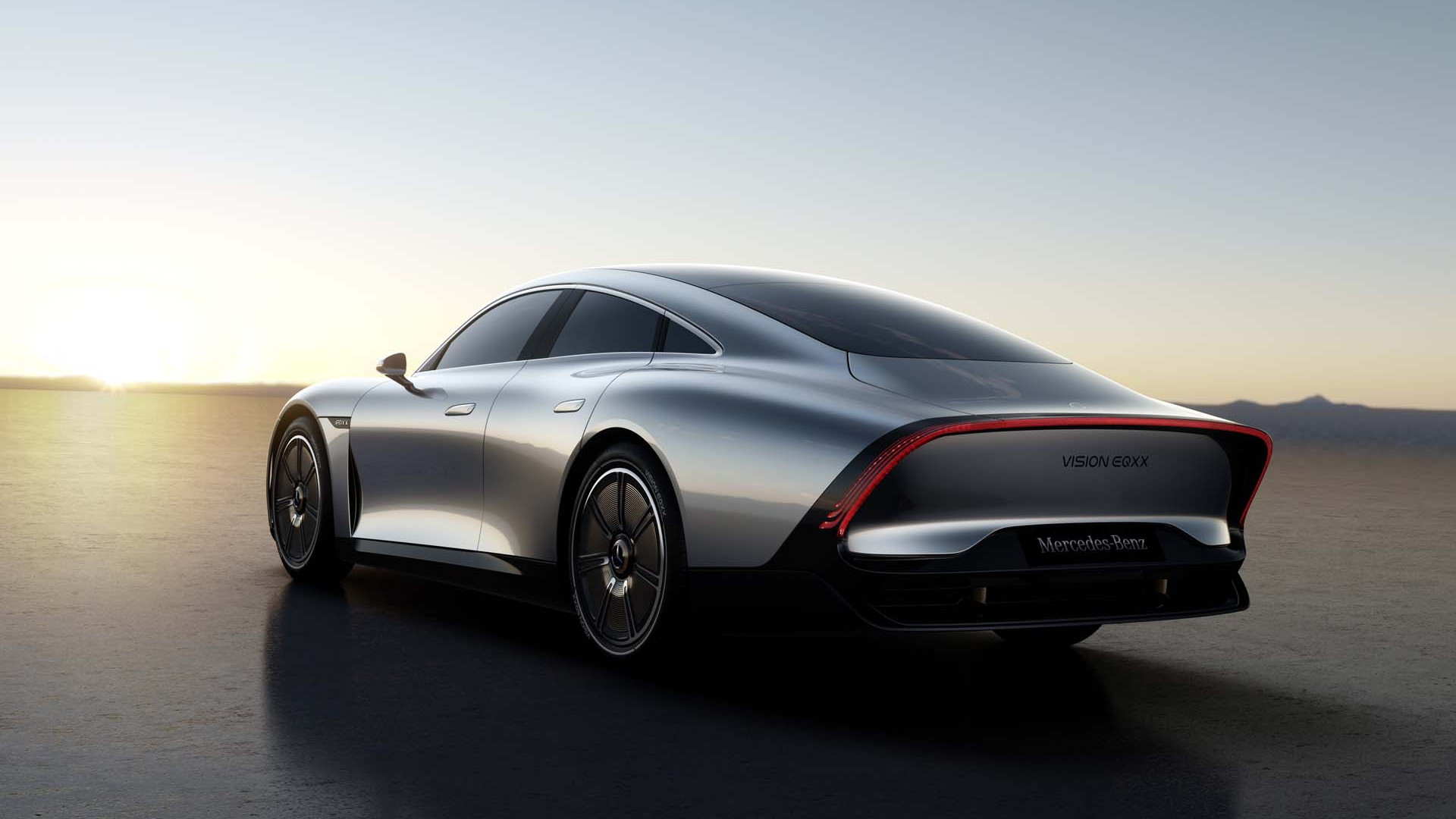 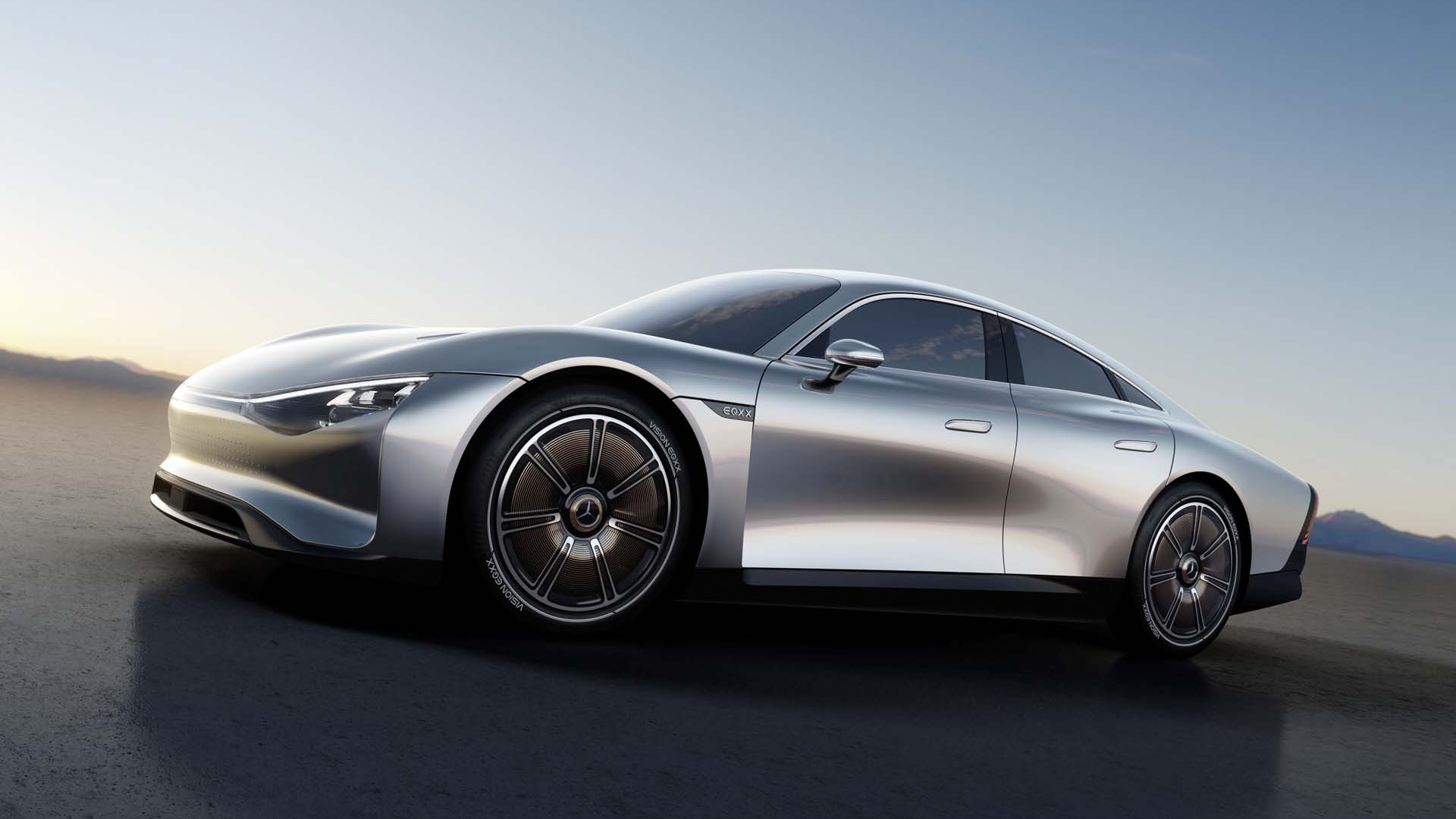 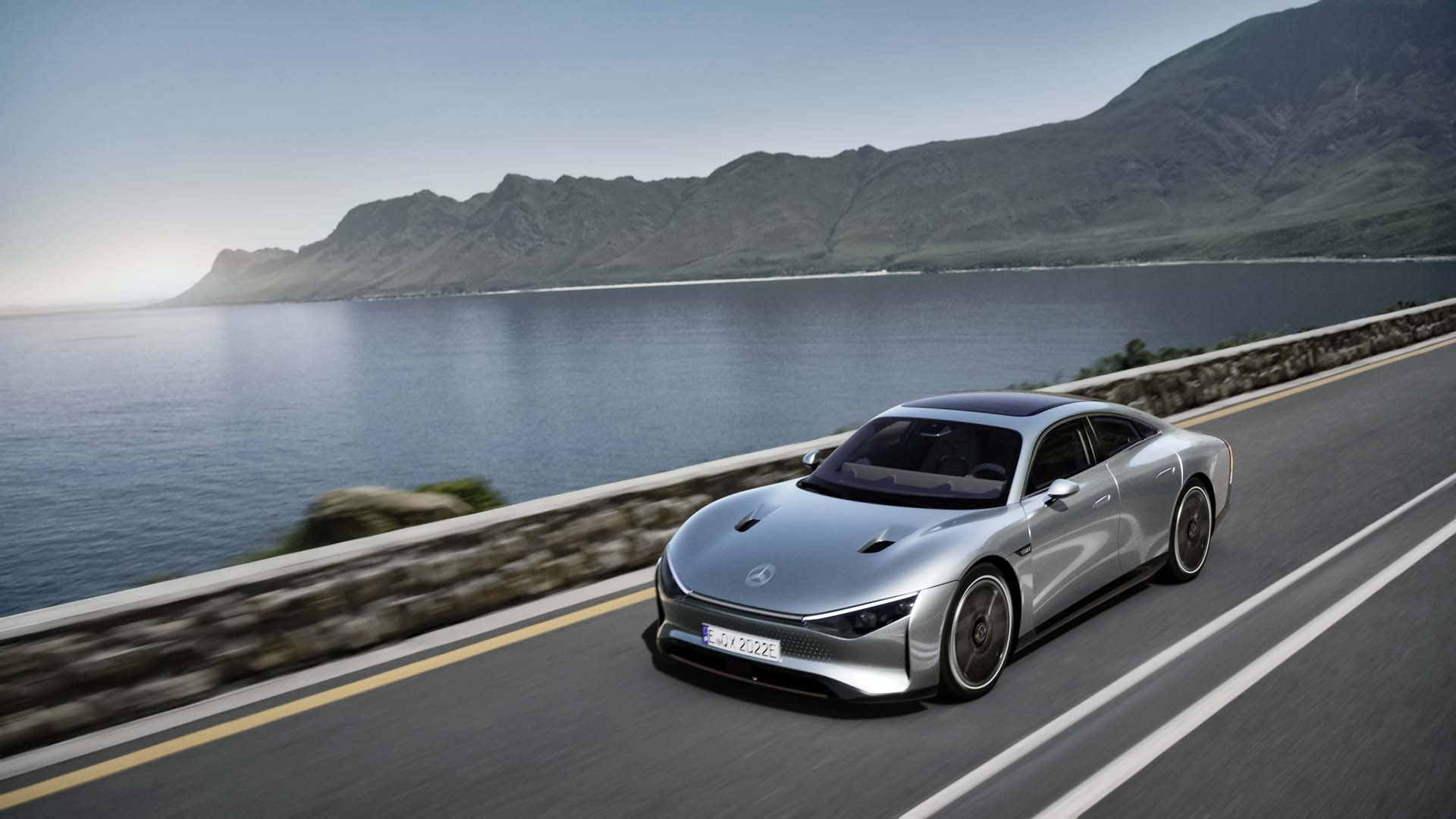 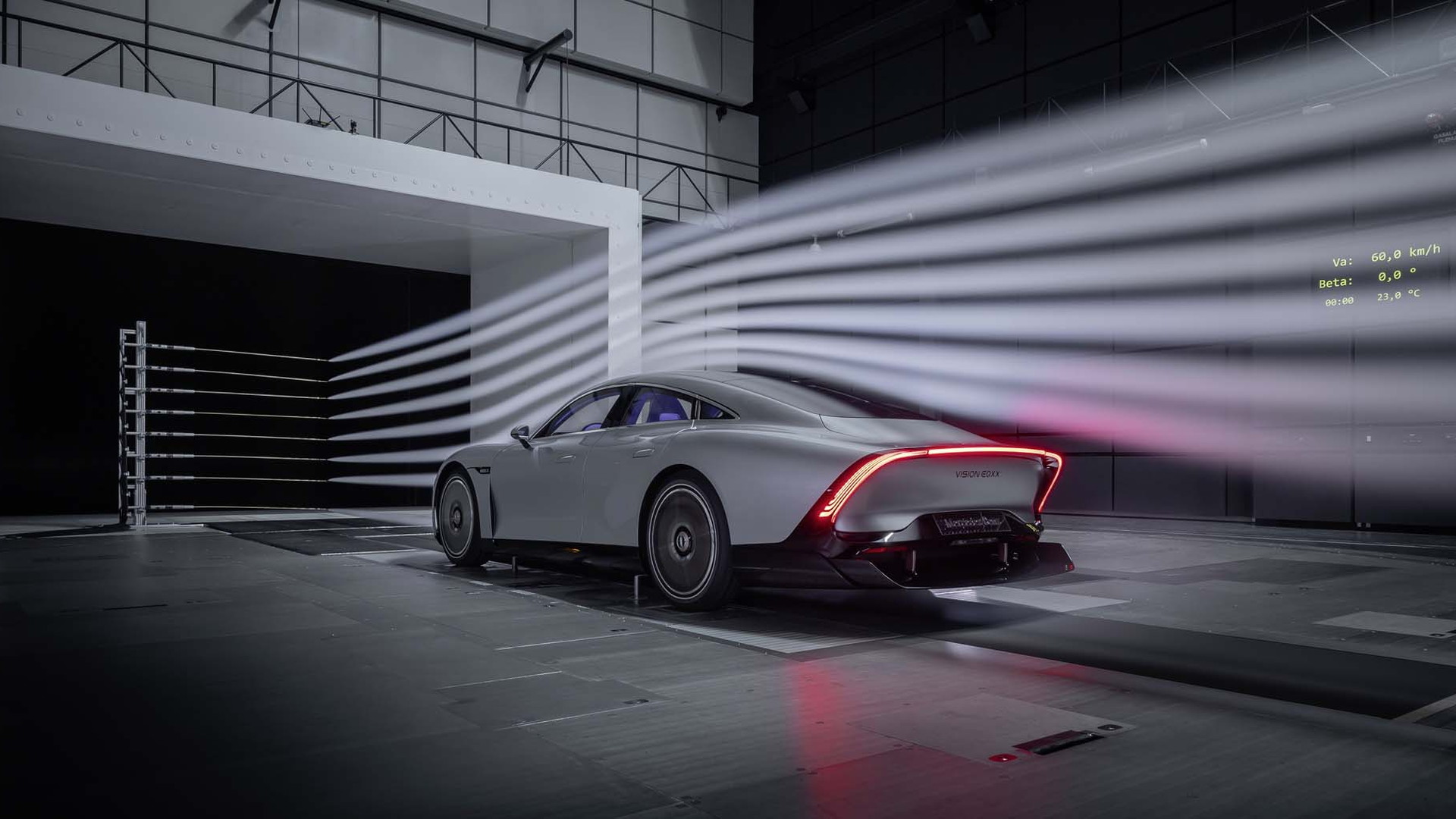 In the Mercedes-Benz Vision EQXX concept car revealed earlier this week, range took center stage, with claims of an astounding 621 real-world miles (or more) from a battery pack of less than 100 kwh—amounting to more than 6 miles per kwh on efficiency terms.

Achieving that efficiency took an F1-like level of attention to an array of intriguing technology details—literally drawing from the company’s experience in F1 racing on multiple fronts and involving personnel accustomed to tuning for the Nürburgring as much as the neighborhood.

And yet the battery pack of the EQXX—one of many elements that executives hinted are likely production-bound—takes an approach that isn’t used by F1, Formula E, or any of Mercedes’ other modern EVs: passive cooling, otherwise known as air cooling.

As Daimler AG chief technology officer Markus Schäfer explained after the reveal, it’s accomplished with intelligent cell management throughout the pack, combined with an integrated cooling plate at the bottom, as well as vents that open as the temperature climbs.

In a Q&A session Tuesday, Adam Allsop, the advanced technology director for Mercedes-AMG High-Performance Powertrains, had a few more details beyond this top-level view about how the team arrived at passive cooling. And he called the design of the pack and its performance parameters a “virtuous circle” around efficient cells.

A virtuous circle that keeps its cool

“The fact that we’re not chasing very high performance means we’re not stressing the cell,” explained Allsop to Green Car Reports, and that means they could go for the passive cooling option. “It meant that we could really work to slim down the profile of the battery and fit a huge energy content into a very small space.”

Mercedes-Benz claims an energy density of nearly 400 watt-hours per liter at the pack level—not up to the energy density of cylindrical-cell packs such as those used by Tesla, but far better than other current packs using its prismatic cell format.

The new strategy is part of a cell-to-pack battery format that was directly influenced by F1, with a 20% boost in cell energy density and an overall pack that’s 30% lighter and half the size of that in the EQS. The company said that other suppliers are involved with the project, including CATL, which supplies cells for the EQS.

And yet passive cooling or air cooling are extremely rare today among modern EVs—encountered only by the Nissan Leaf, among new models, and in a few other used EVs including the Volkswagen e-Golf.

Tesla CEO Elon Musk a decade ago called Nissan’s cooling approach for the Leaf primitive—at a time when the liquid-cooling systems in the Tesla Roadster and Chevy Volt were considered state-of-the-art. Musk accurately predicted that the Leaf’s pack would experience “huge degradation” in cold weather and might essentially “shut off” in hot temperatures—although Nissan has made better along the way with some changes in chemistry.

To that, the Mercedes team says that there’s some real-world testing yet to be done—especially when the brand is known for the longevity of its models. “We have done single-cell testing on the development cells, and we’ve done battery level testing, but we haven’t done full-life testing yet,” summed Allsop. “That’s part of what we will also learn as we begin testing more of EQXX.”

As executives emphasized with the introduction of the EQXX, most, if not all, of the key technology pieces exhibited in this concept are production-bound—most of them for the modular MMA architecture that will underpin mass-production compact-to-midsize EVs later in the decade. So while air cooling might not yet be locked in, there must already be a relatively high confidence level in the decision.