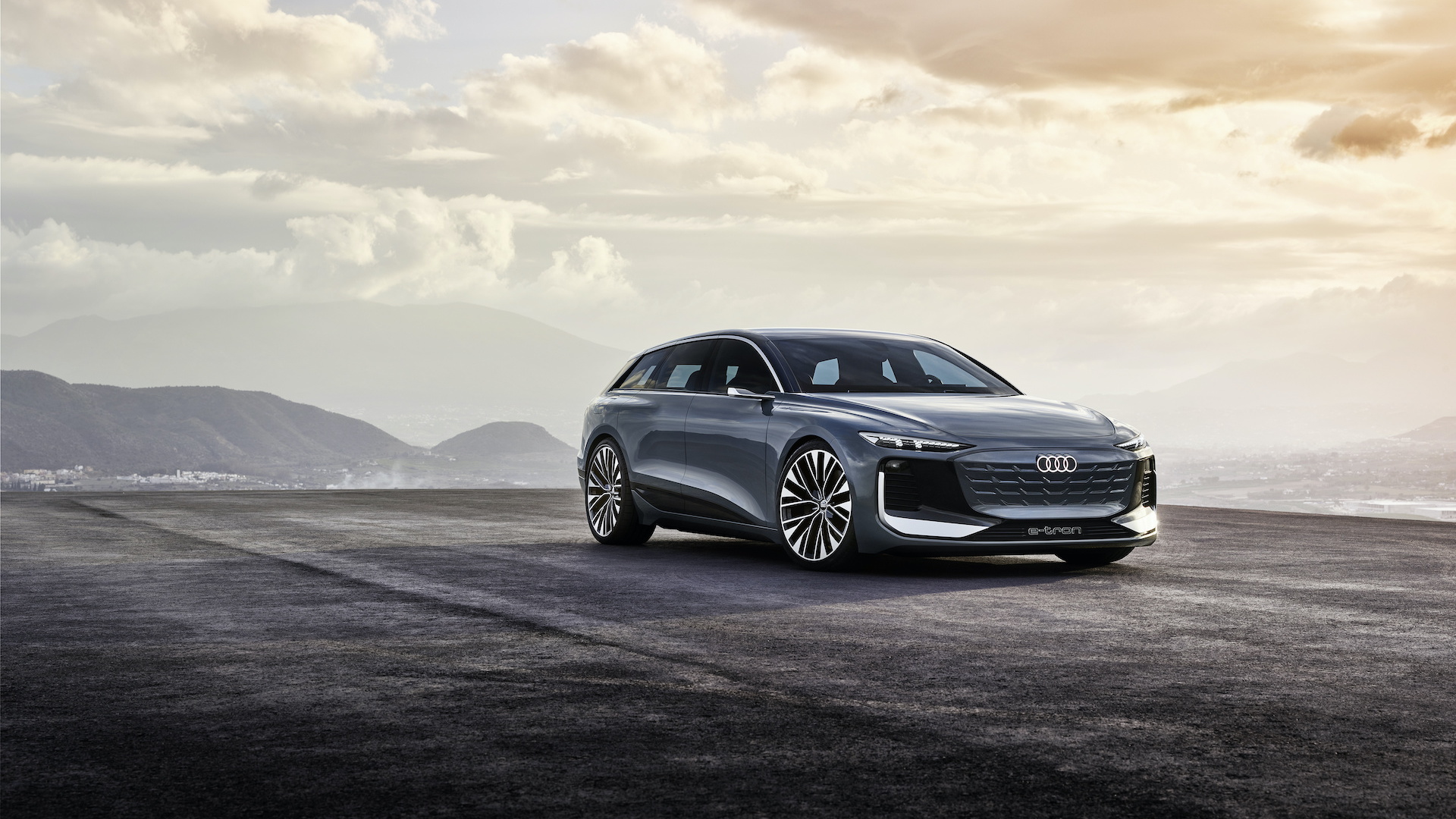 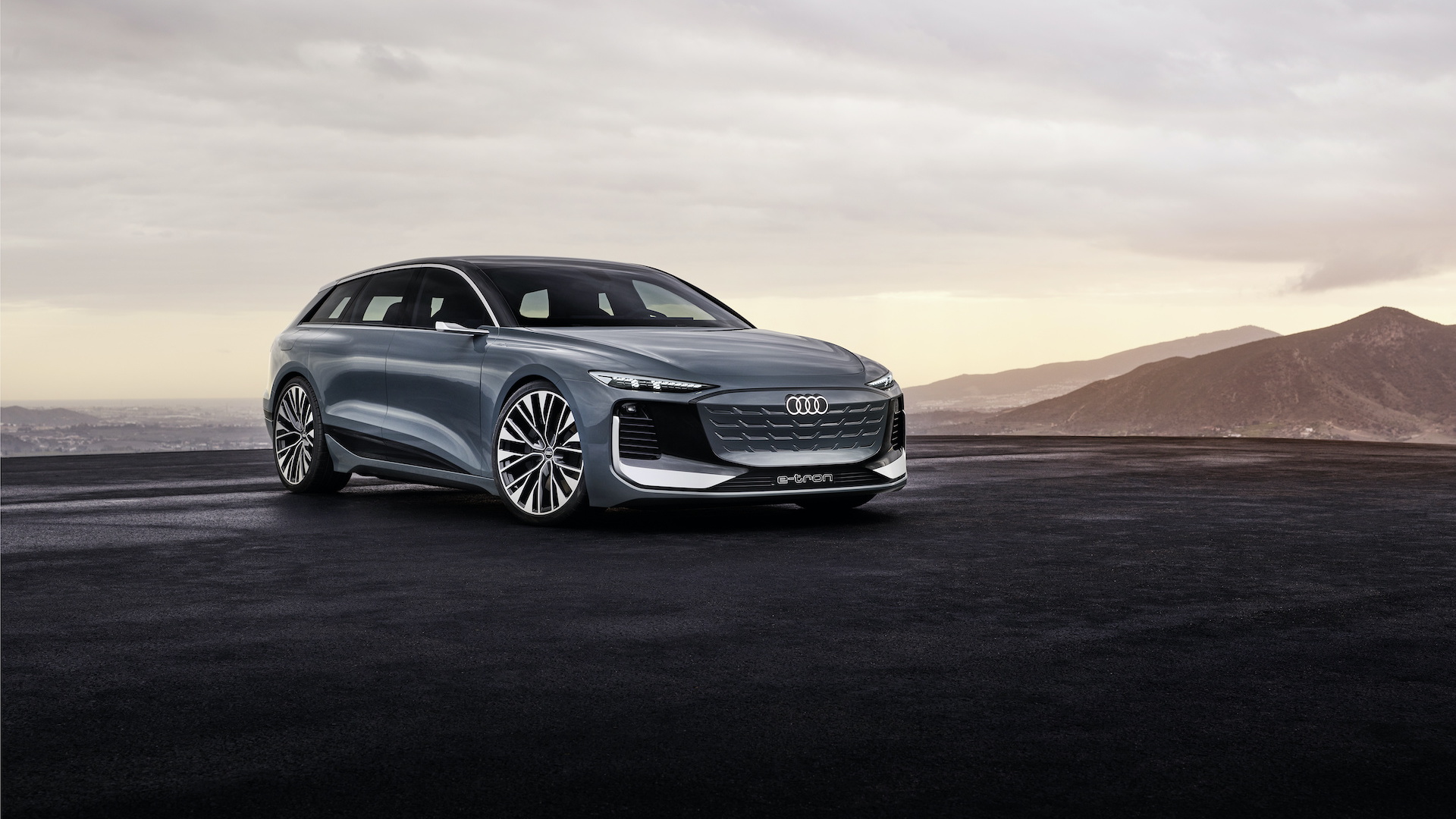 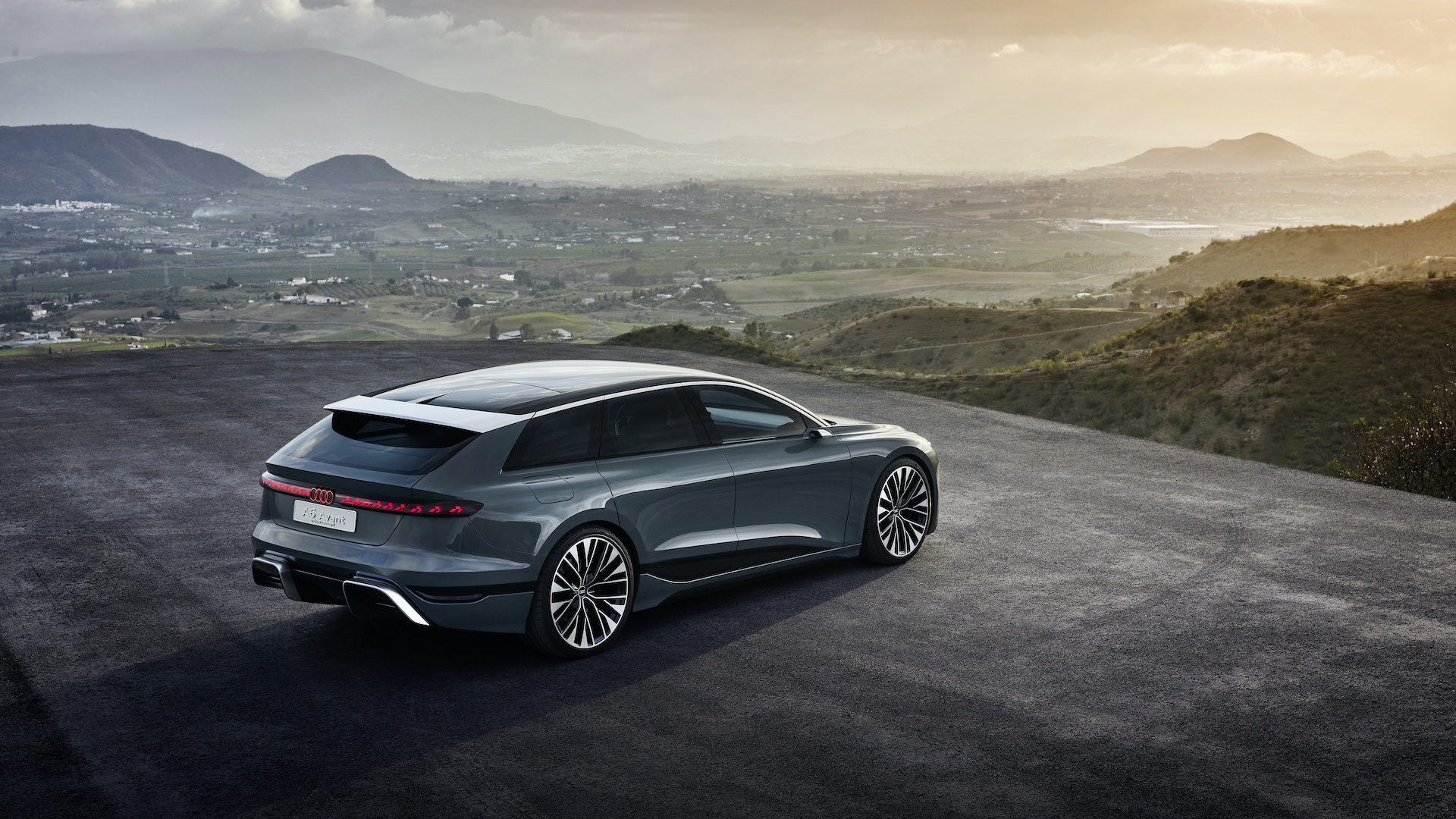 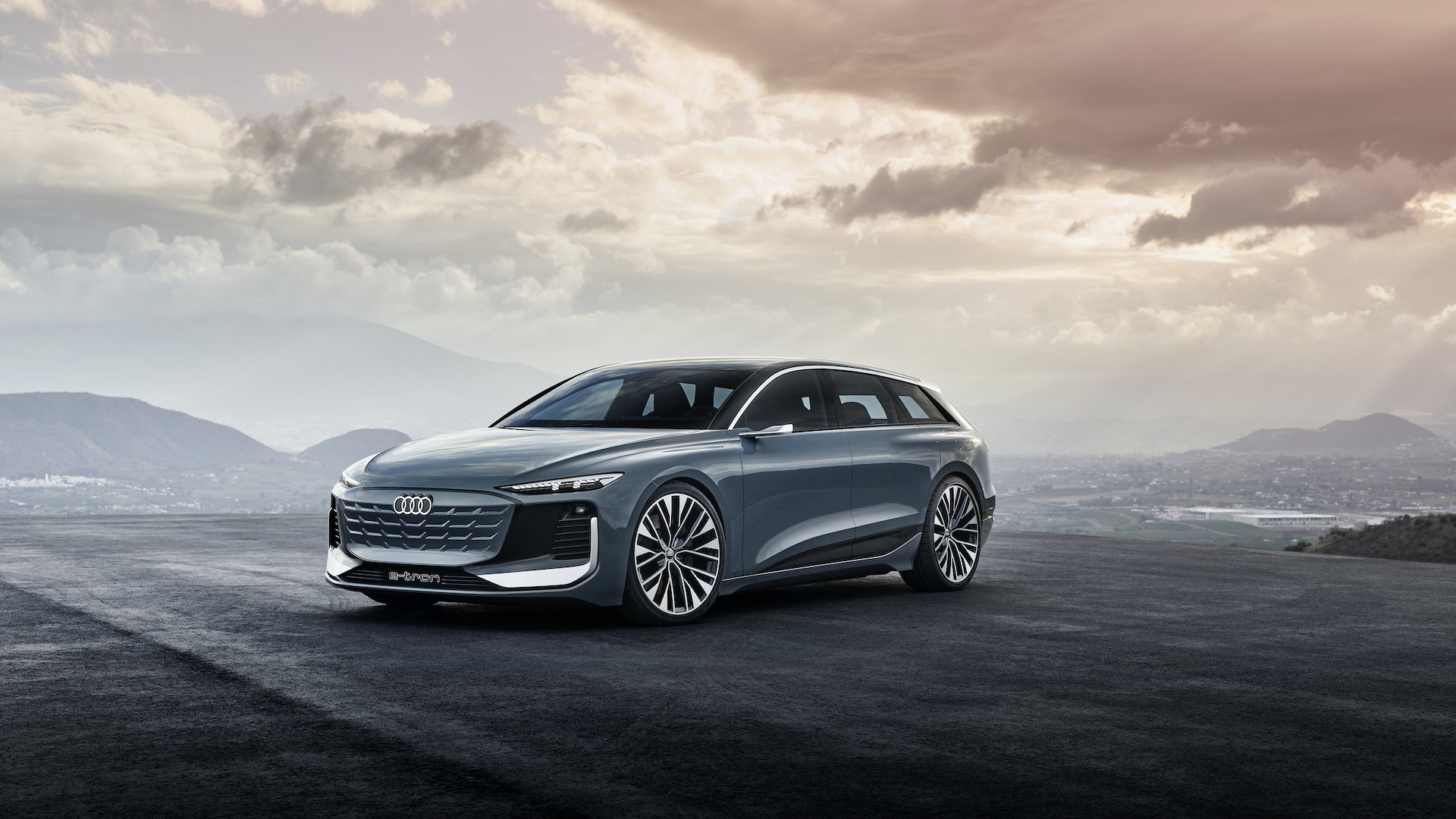 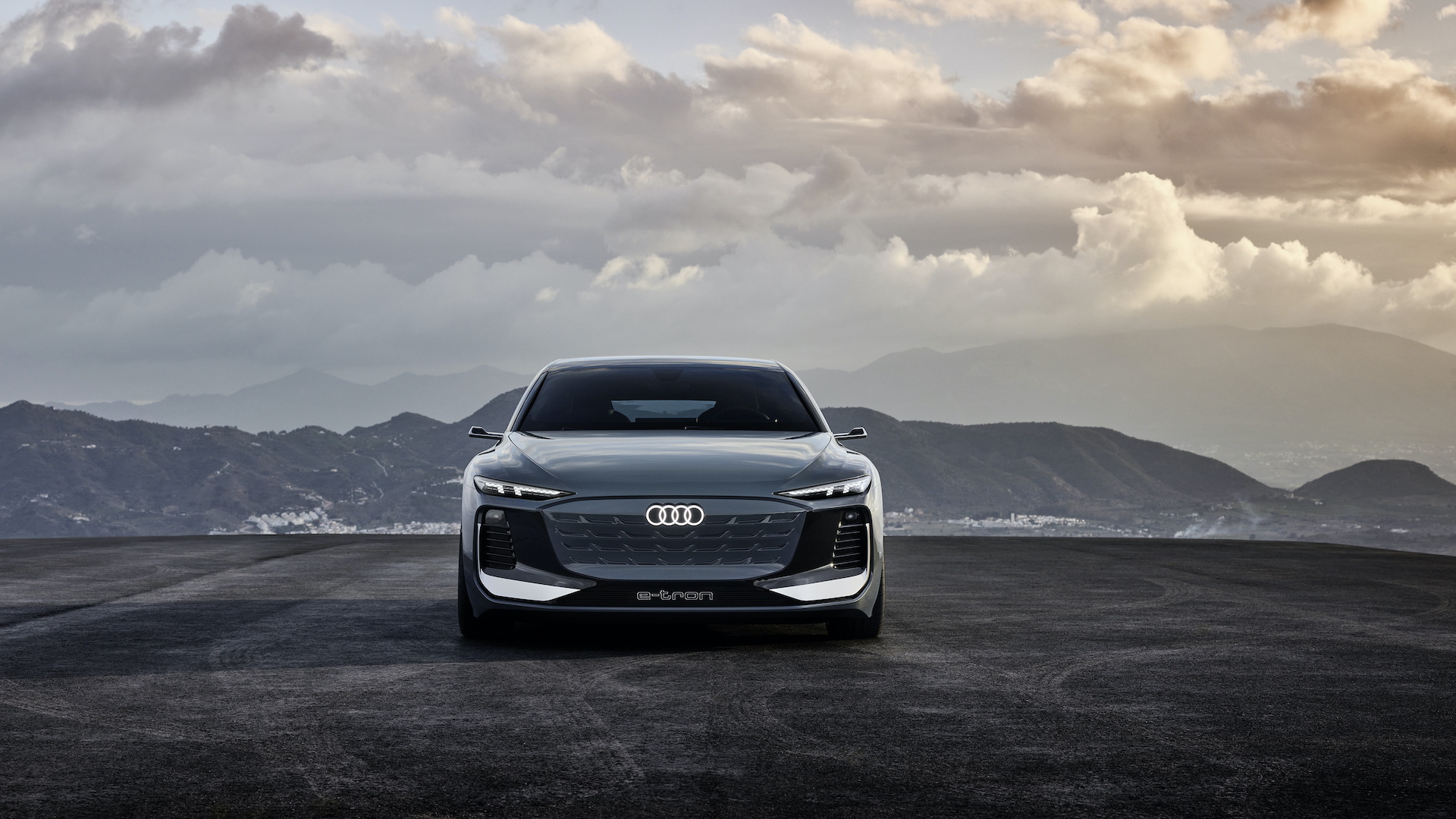 Audi on Wednesday unveiled the A6 Avant E-Tron electric wagon concept. It previews a production model that's unlikely to reach North America, but its platform will underpin upcoming Audi EVs for global markets.

That platform is the Premium Platform Electric (PPE), which also underpinned the A6 E-Tron concept unveiled at the 2021 Shanghai Motor Show. Future PPE models previewed by the pair of concepts will form a fourth front of EVs for Audi, after the E-Tron family and its MLB-based platform, the E-Tron GT and its J1 platform (shared with the Porsche Taycan), and then the Q4 E-Tron and its MEB platform.

In this case, the platform is wrapped in wagon bodywork with dimensions similar to the current Audi A6 sedan and A7 fastback. But Audi claims a fairly low drag coefficient of 0.24 for the A6 Avant E-Tron concept (the A6 E-Tron sedan had a claimed 0.22 coefficient of drag).

With the single motor, Audi claims the concept's 100-kwh battery pack can deliver 435 miles of range on the European WLTP testing cycle, which is generally more optimistic than the EPA testing cycle. The PPE platform's 800-volt charging system also allows for a 5%-80% charge in less than 25 minutes and a maximum charging rate of 270 kw, according to Audi.

While the PPE platform is expected to underpin electric replacements for Audi's current lineup—with evolutionary styling similar to the A6 Avant E-Tron concept—the automaker is also experimenting with more radical designs. A series of recent Audi concepts—including the Grandsphere and Skysphere—have shown how freeing a dedicated EV platform can be.