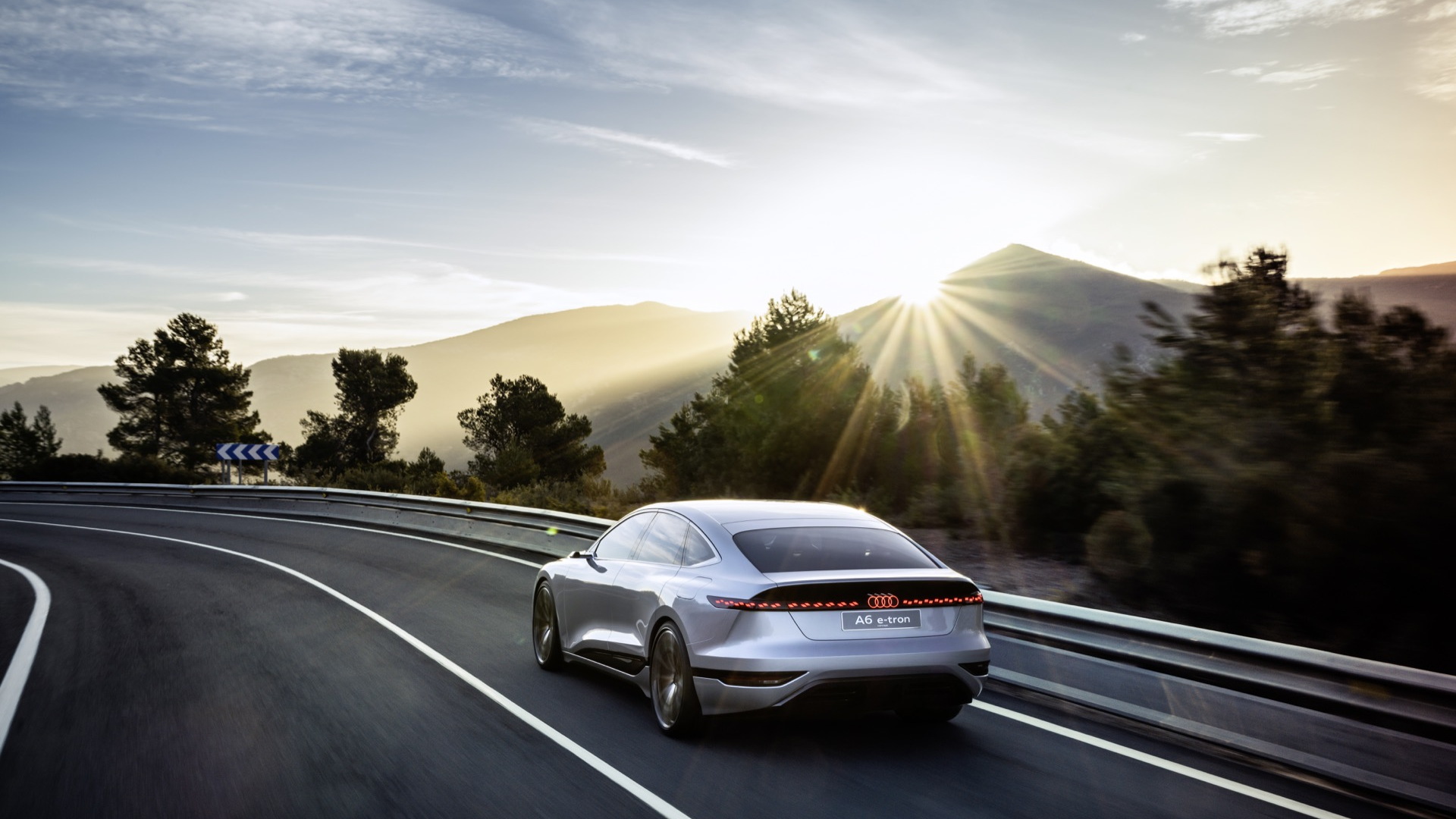 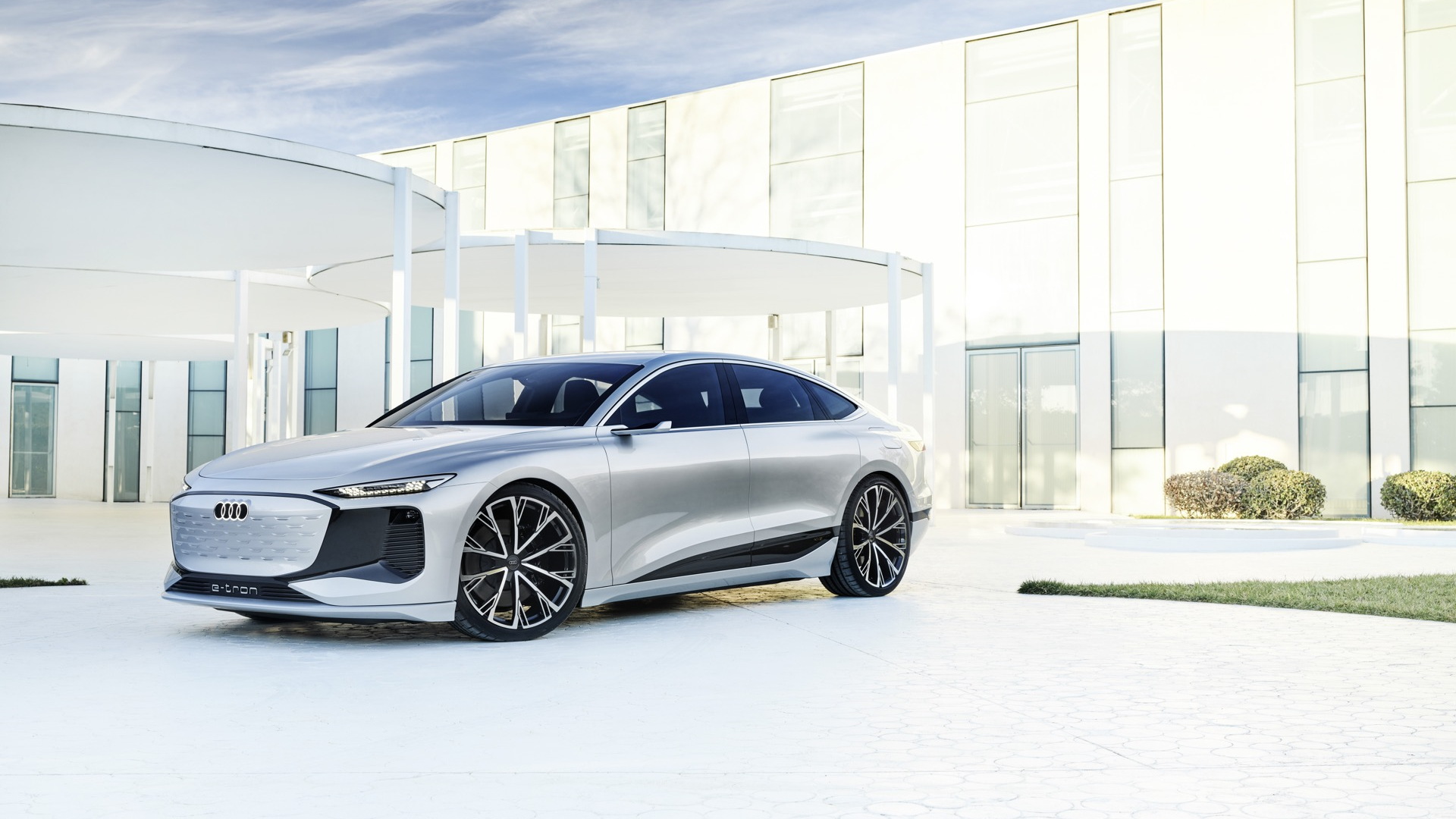 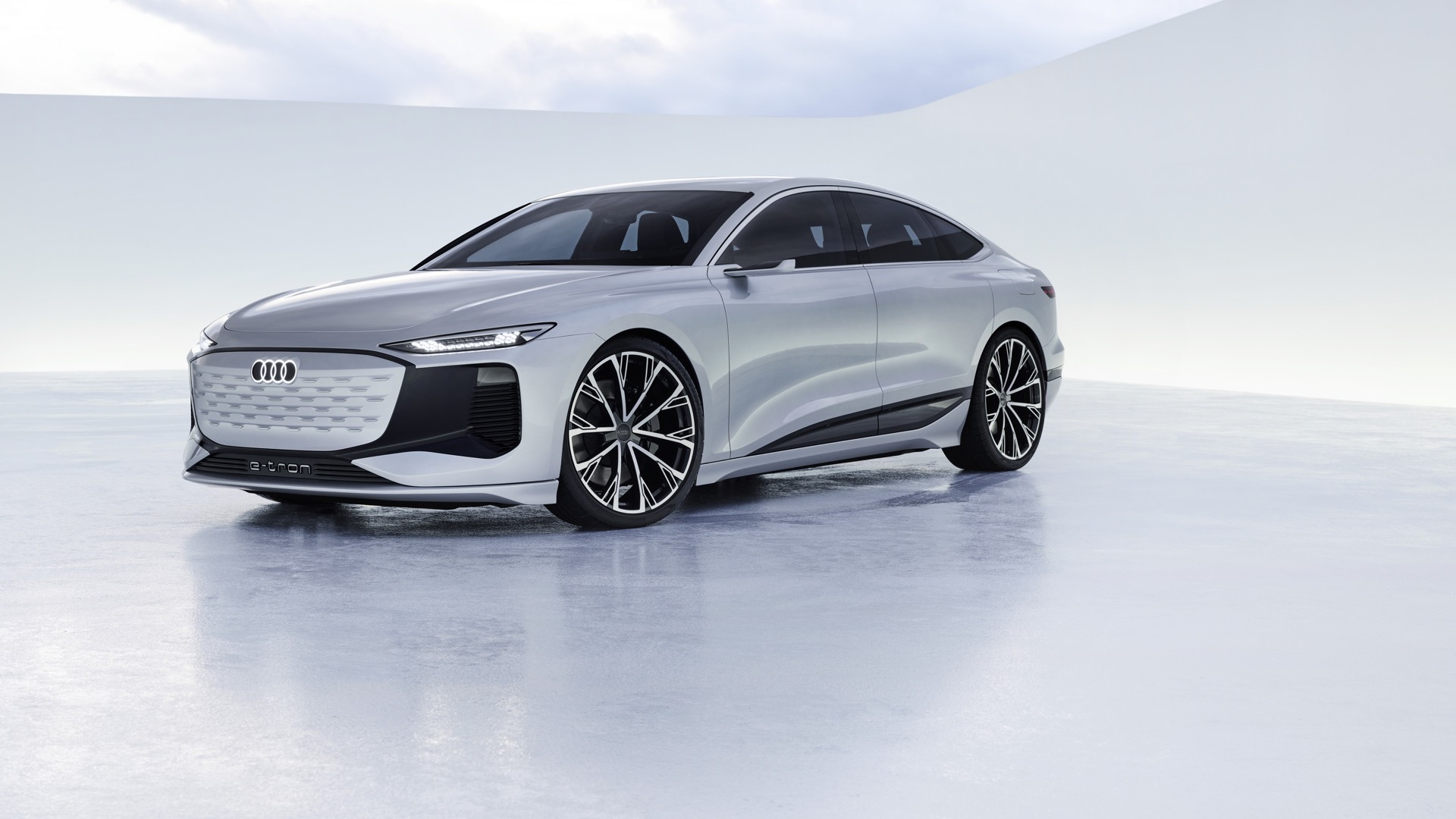 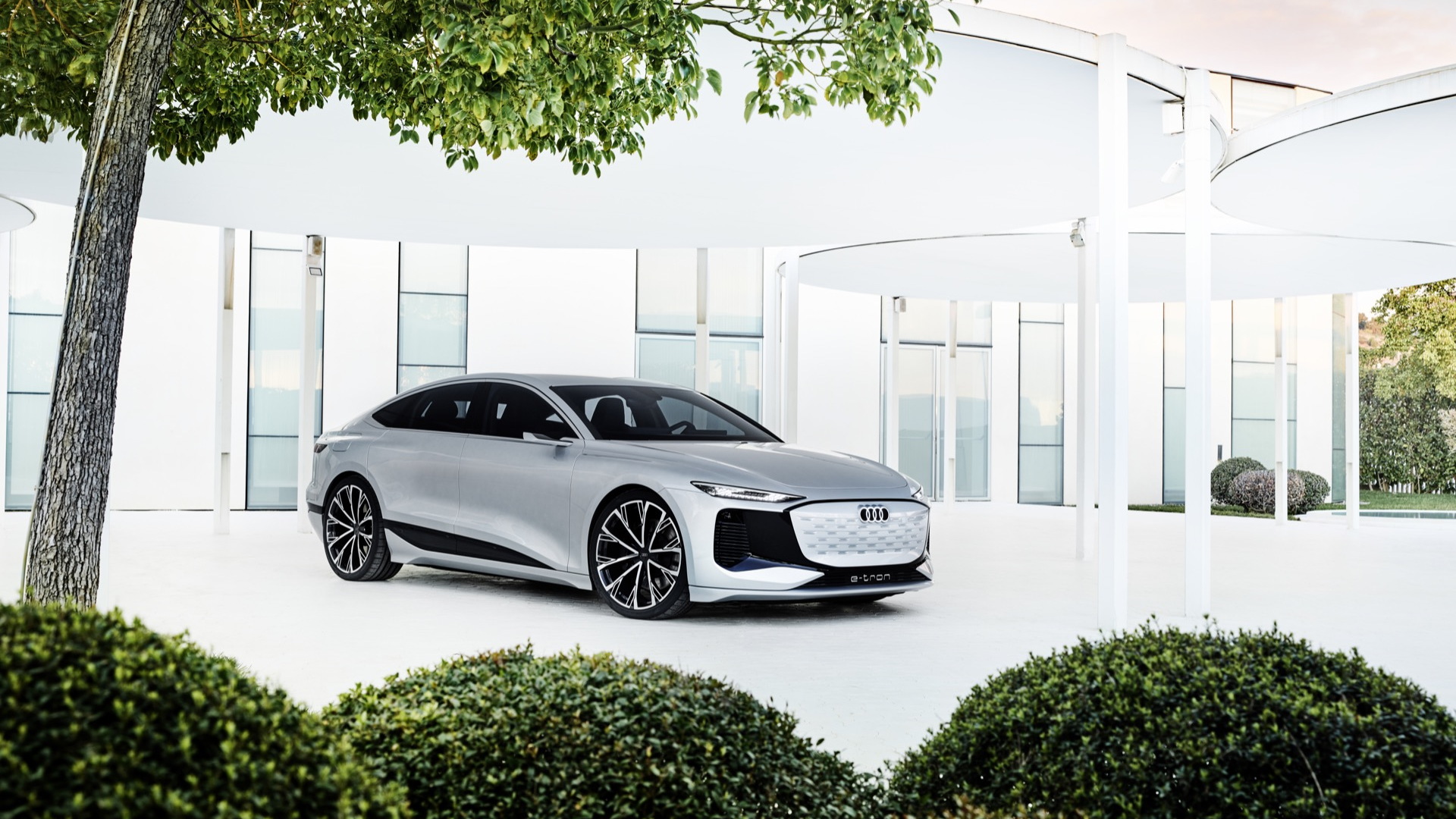 Audi is looking back to one of the most important models in its past for the inspiration behind an important piece of its future—in its new A6 E-Tron Concept, set to debut Monday at the Shanghai Motor Show

The A6 E-Tron Concept is a luxurious electric fastback with seating for five, and it harks back a bold turning point for the brand, the 1980s-era Audi 100—known as the Audi 5000 in the U.S. The 5000, which evolved to the A6, elevated Audi as more of a premium brand, and forced other German automakers to escape their stodgy design formats.

Like that model, with its trend-setting 0.30 coefficient of drag, the A6 E-Tron Concept does much better than most other models, at 0.22., and it laid out a new standard for technology and design for Audi.

“We want to build the most attractive and progressive cars—also in the electric world,” said designer Sascha Heyde, noting that the concept is a preview of several mid- size and larger upcoming cars based on the company’s Premium Platform Electric (PPE).

One of a pair of electric sixes

The A6 E-Tron Concept is the first concept car that Audi has formally shown on PPE, a platform that’s been in the works for many years. While the A6 E-Tron is production-bound, it won’t be the first to market. The all-electric Q6 E-Tron SUV will debut in late 2022, for a market launch in early 2023, and the A6 E-Tron will follow it by a few months.

This is not a typical concept. Heyde said that the automaker is 95% production-ready on this model.

The A6 E-Tron concept is 195.3 inches long, 77.2 inches wide, and just 56.7 inches high—roughly in sync with the current A6 or A7. The body structure is made of aluminum and steels, and versus the other E-Tron models the 100-kwh battery pack is laid out differently and has been “weight optimized.” New drivetrains have been redesigned or re-engineered—beyond their mission in the E-Tron SUV and Sportback—for PPE, to be super-efficient.

The concept version makes 469 horsepower and 590 pound-feet of torque, with acceleration to 62 mph in less than four seconds. Although this model has dual-motor all-wheel drive, officials confirmed that some rear-driven concepts are on the way on PPE for the brand.

A flat floor promises an extremely spacious interior, and the 800-volt platform, co-developed with Porsche, will allow charging at up to 270 kw, and the capability to gain up to 186 miles of range in just 10 minutes, or get from 5% to 80% state of charge in less than 25 minutes. Bi-directional charging is accommodated for in the hardware, but not yet detailed.

Audi has designed a five-axle link front suspension specifically for electric vehicles, while there’s a multi-link axle setup in the back. The air suspension has an intelligent strategy for aero, and the concept includes adjustable dampers.

PPE is built around a modular body and suspension concept, and the battery pack can be potentially extended by simply rejiggering its dimensions and adding modules.

A very sleek look for E-Tron, with cabin designs yet to come

The A6 E-Tron Concept is billed as an exterior concept only, meaning that the cabin for the new generation of PPE models is being saved for later reveals. Although Audi did confirm that the A6 E-Tron and other future PPE models will have a front trunk. Because of the way the battery is laid out, there’s also no longer a need for the “foot garage” strategy, carving out cells from some areas and adding them to others, that the automaker has used on some other models like the E-Tron GT.

The profile of the A6 E-tron is smooth and sleek, with more of an arched-and-tapered look toward the rear than Audi had hinted in an earlier iteration of the concept. The rear design of the A6 E-Tron is clearly driven by aero, and there’s no concealing the targets: high range, low drag coefficient. The automaker notes that there’s a fully lined underfloor with no turbulence, and a rear diffuser designed for downforce.

The concept is shown in Heliosilver paint, which has a 3D effect that helps emphasize body sculpting; it’s framed with a deep matte black for some aspects of the vehicle, like the rocker panels hinting of the low-positioned battery pack, for contrast.

The inverted version of Audi’s corporate grille—a calling card for its EVs—now has lighting elements within. It has the slimmest headlights you’ll find on an Audi model, and just as in the Q4 E-Tron, the customer can configure their own daytime running lamps with several light signatures. Turn signals can be projected down onto the pavement, and the rear lights are packaged into a black panel that’s actually an extension of the rear glass.

An electric variant of one of its nearest and dearest

The A6 E-Tron represents an important turning point for the brand. Up until now Audi’s strategy has been to fits its fully electric E-Tron into the spaces between its existing models. But the Shanghai concept marks the first time that such an E-Tron model will be wrapped into one of those “legacy” model lines.

That said, it won’t replace the lineup of A6 models with gasoline engines (and diesel ones, in other markets), and even though it’s a Sportback (Audi’s term for fastback/hatchback), the model won’t be called an A7. And don’t get your hopes up that the fully electric A6 will completely replace the gasoline A6 lineup; Audi says that across global markets the A6 will continue to be offered in gas and diesel form, and will continue to be developed further in those forms.

The A6 E-Tron will be a volume-production model, officials said, with plans to offer it globally, for North America, Europe, and China—sometime in 2023 for the U.S. The company also hinted that this might be produced both in Europe and in Audi’s exclusive PPE factory for China, in Changchun, by the middle of the decade.