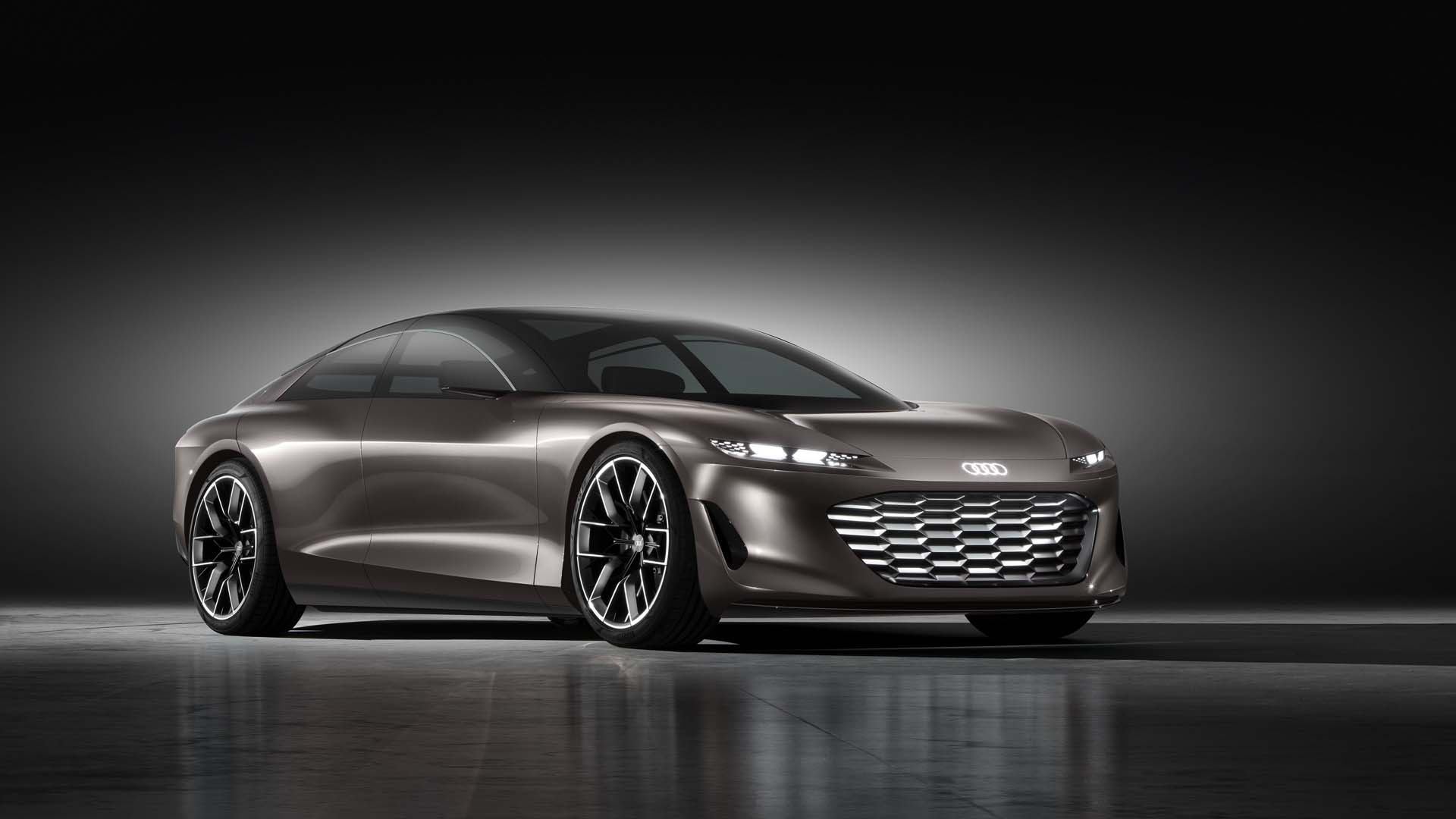 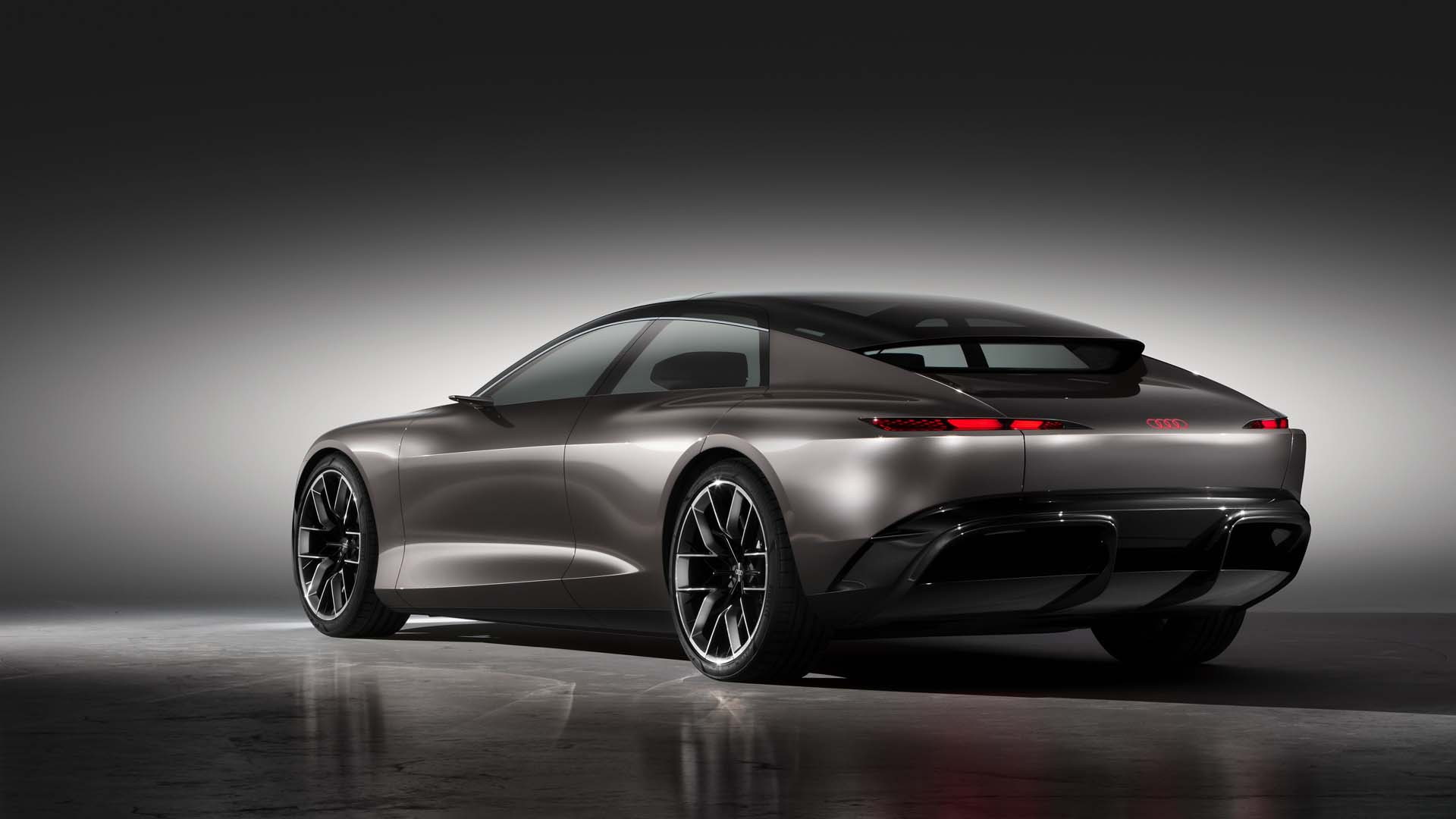 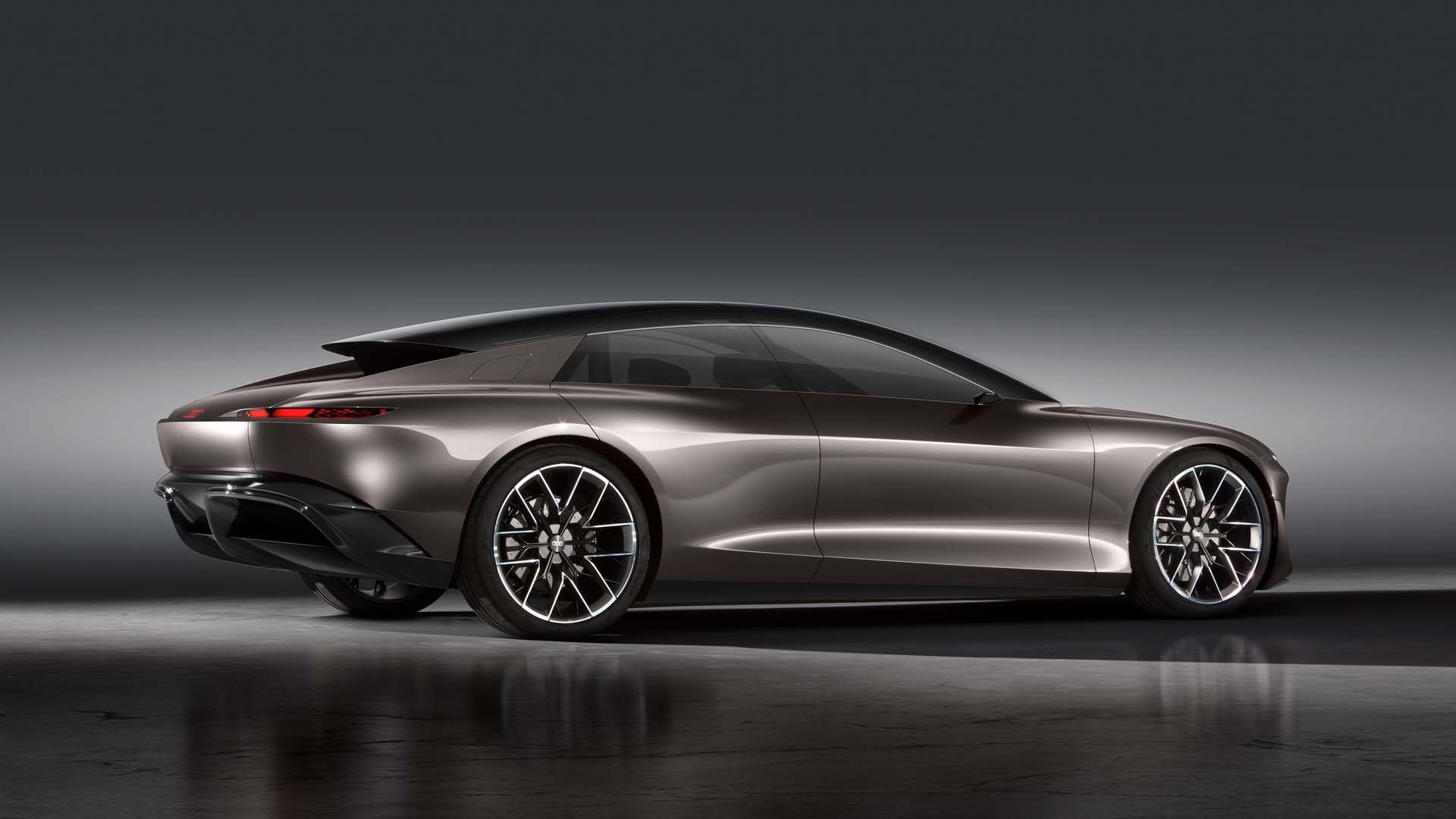 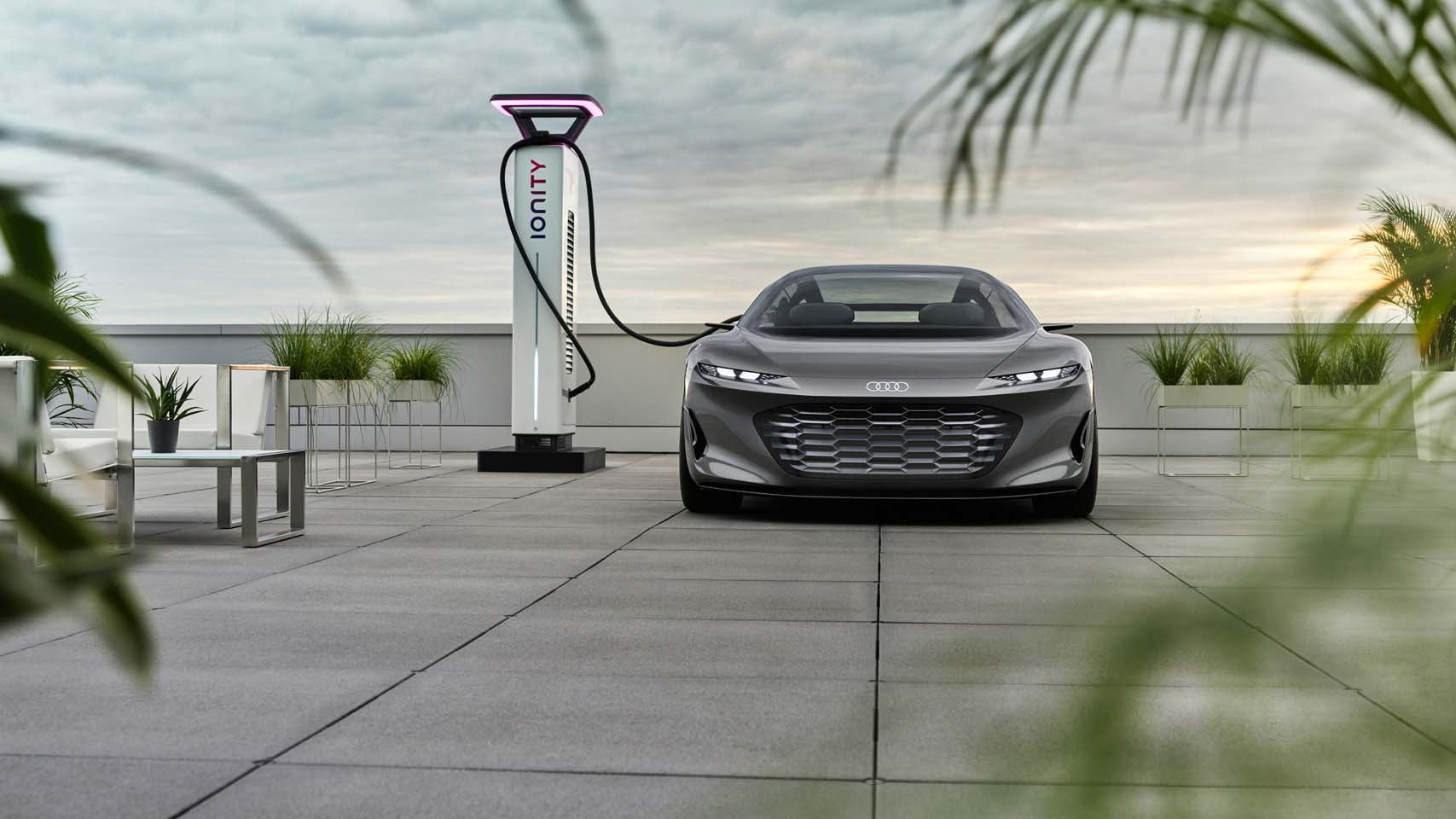 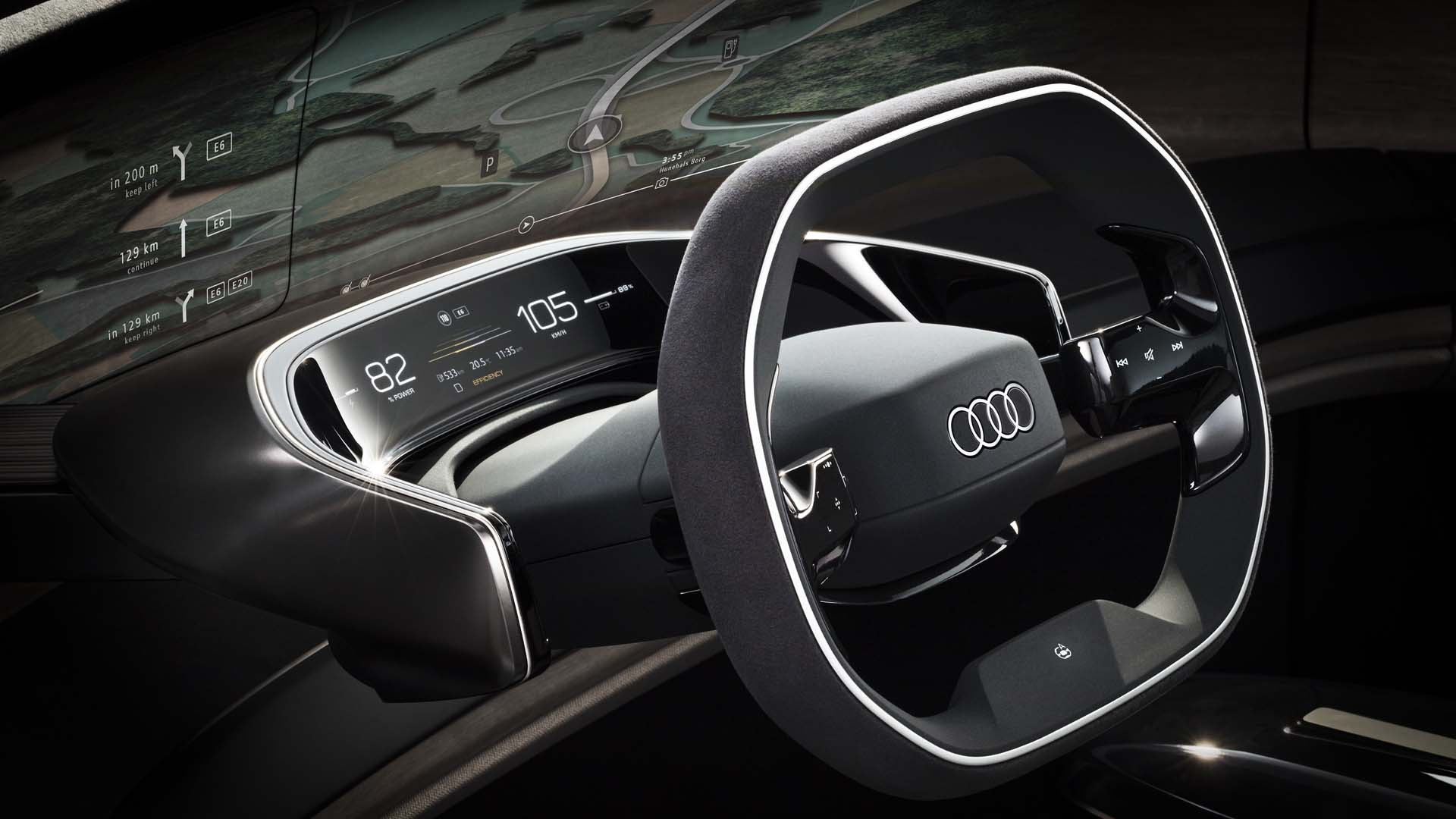 Different priorities will apply to the sedans of the future, especially fully electric sedans built without provision for engines and equipped with advanced autonomous driving modes.

Audi revealed its Grandsphere concept Thursday ahead of its official bow next week at the Munich auto show, and it shows how the brand is designing future dedicated electric-cars from the inside out. But that doesn’t mean they won’t look even racier on the outside than today’s sedans.

At first glance, the Grandsphere impresses with a rakish, drawn-back profile, kind of the counterpoint to the cab-forward designs typical of recent dedicated EV platform vehicles.

We asked exterior designer Amar Vaya about this design choice, and it's exactly the point he wanted to get across.

”This was actually the trick, what we wanted to pull off—that we read the car as a GT but there is such a vast amount of space ahead of the A-post,” Vaya told Green Car Reports.

Audi hasn’t yet said what the concept’s coefficient of drag is, but it’s at the top of designers’ minds. “Aerodynamics is so important now,” Vaya said. “It’s the only tool that we have to extend the range of our future cars, and it will play a much bigger role in the future development for sure.”

Much as Audi’s variable-wheelbase, Transformers-like Skysphere concept first shown last month, the Grandsphere concept operates as part of a potentially much more flexible reality in the future. In the Grandsphere’s case, the flexibility is built into a “first class” cabin, with maximized space and an “emphatically horizontal” layout. The steering wheel and pedals stow smoothly away into the cowl, concealed by a dash cover when not in use, as the car drives itself and frees the driver up for entertainment, work, or napping.

The dash isn’t covered with screens as in some other contemporary EVs. Instead, it uses CinemaScope surfaces and a projection system, allowing the cabin to go effectively dark when wanted. The driver can use a rotary ring controller, gesture control, voice control, handwritten input, or touch, depending on preferences.

The Grandsphere is designed around the idea of Level 4 autonomous driving, meaning that the car can completely take over driving responsibility in some situations. While it appears in some of the details and ideas to be an evolution of the 2017 Aicon concept, that car had envisioned Level 5 autonomy and a completely hands-off experience. The move to Level 4 reflects the reality check about how long advanced autonomy will take to get to market.

Audi notes, however, that an autonomous mode would allow the Grandsphere to pick up passengers, drop them off, and handle parking and charging—perhaps with wireless charging tech, although it isn’t mentioned explicitly here.

Like the Audi A6 E-Tron Concept shown earlier this year, the Grandsphere is built on Audi’s upcoming Premium Platform Electric, or PPE. In this concept form, there’s a flat 120-kwh battery pack under the floor, and dual electric motors making 711 hp and 708 lb-ft of torque. Audi claims 0-60 mph acceleration in just over four seconds.

PPE vehicles will include 800-volt charging technology, and Audi says 270-kw charging will permit about 186 miles of range restored in just 10 minutes, with a boost from 5 to 80 percent in under 25 minutes. The range, of at least 466 miles claimed for the concept, is likely based on the European WLTP standard.

A total of three “sphere” concepts are in the works, and the Urbansphere is yet to come. As the world shifts to autonomous mode and driving becomes less important, luxury brands like Audi need to find an identity in design, mobility, and efficiency as much as driving enjoyment. It’s a good sign they’re communicating that.