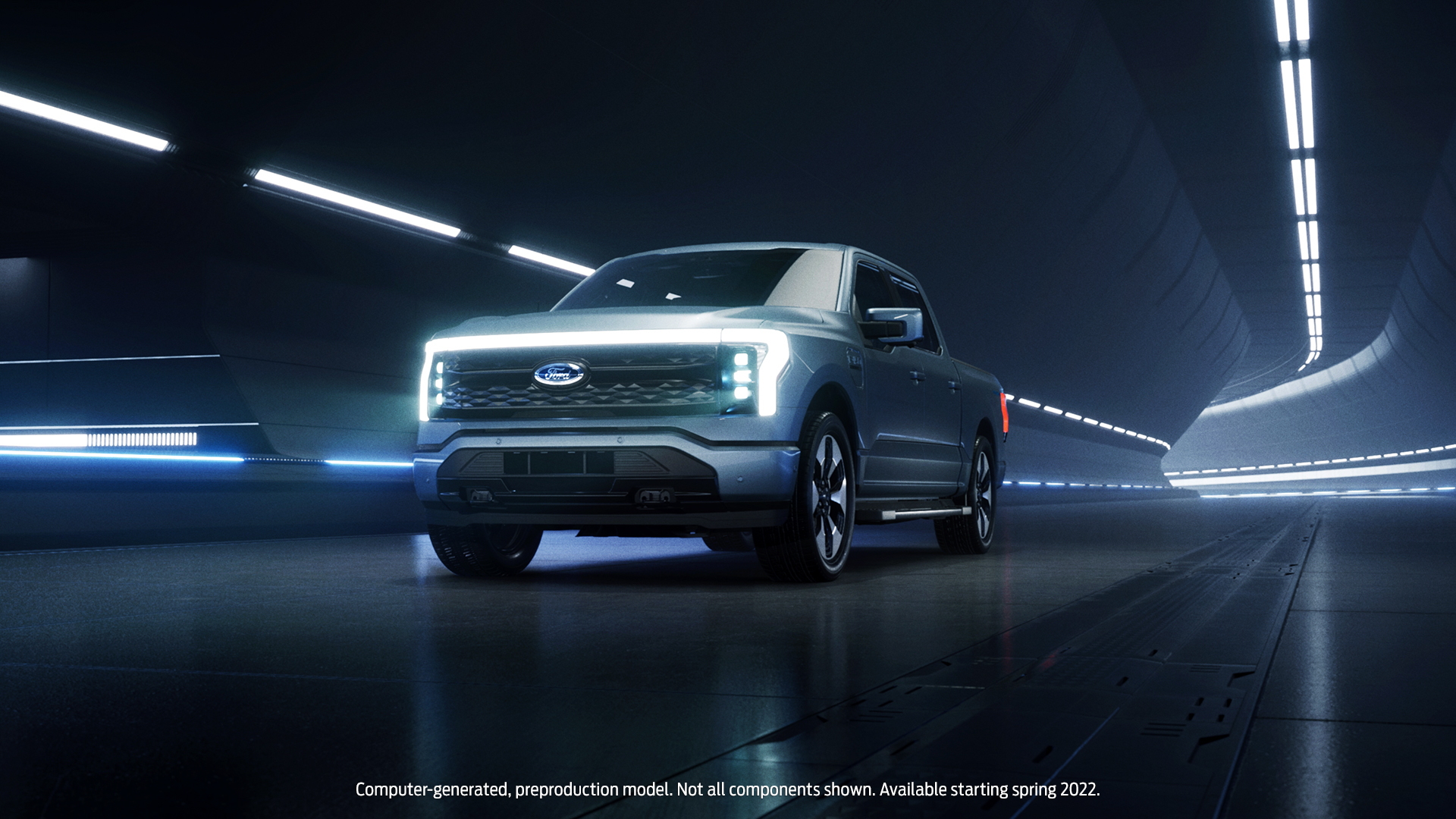 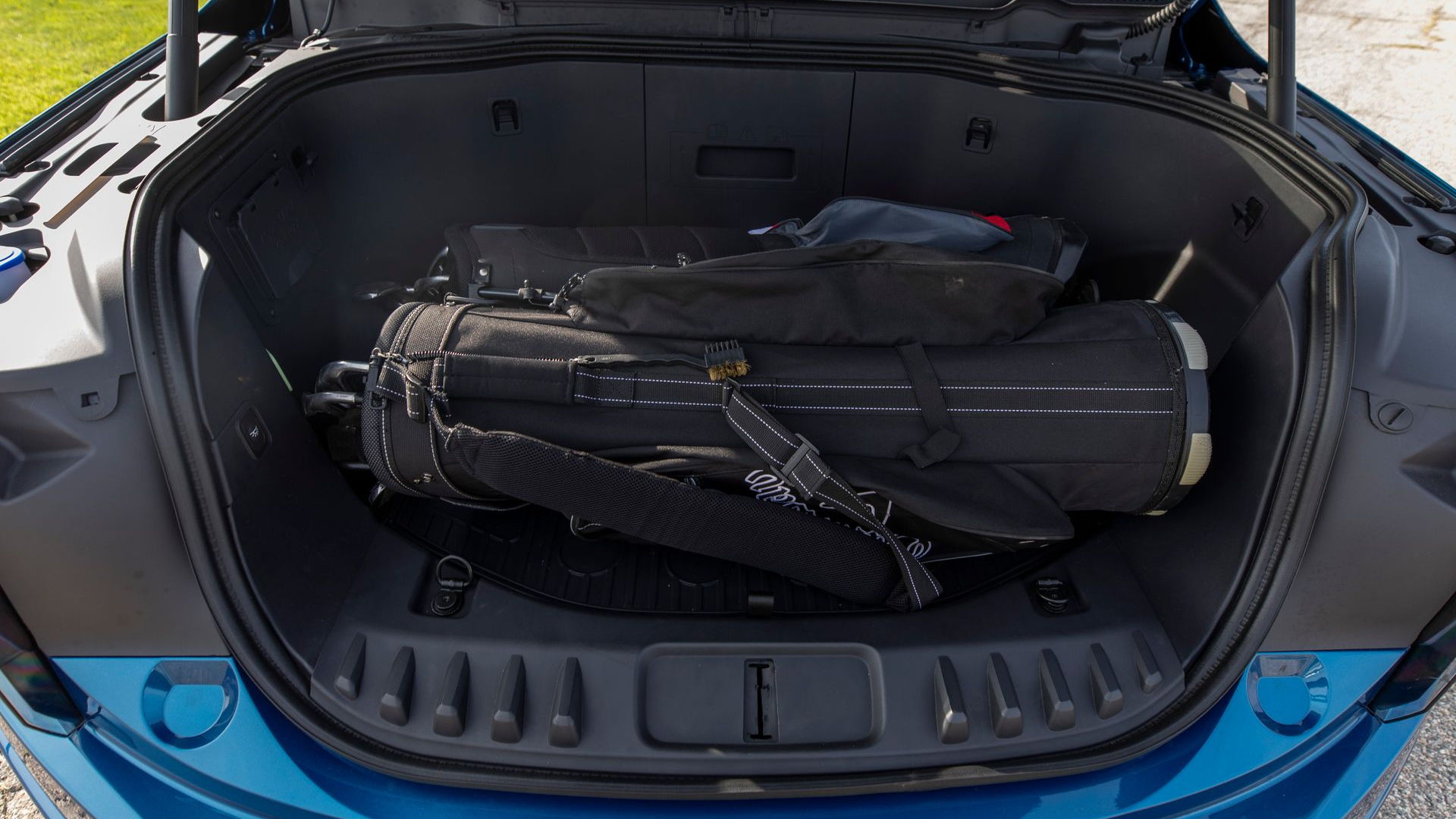 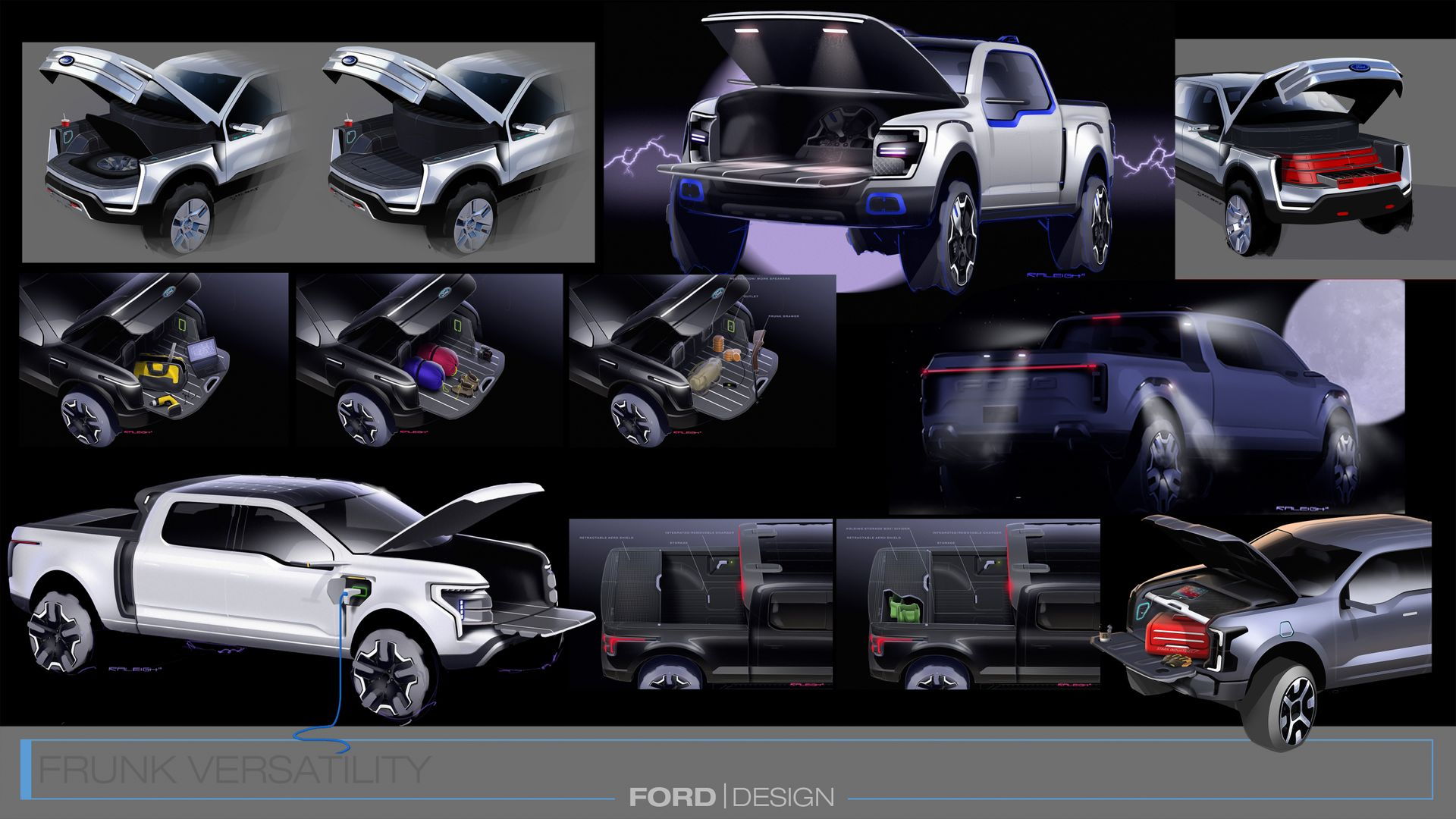 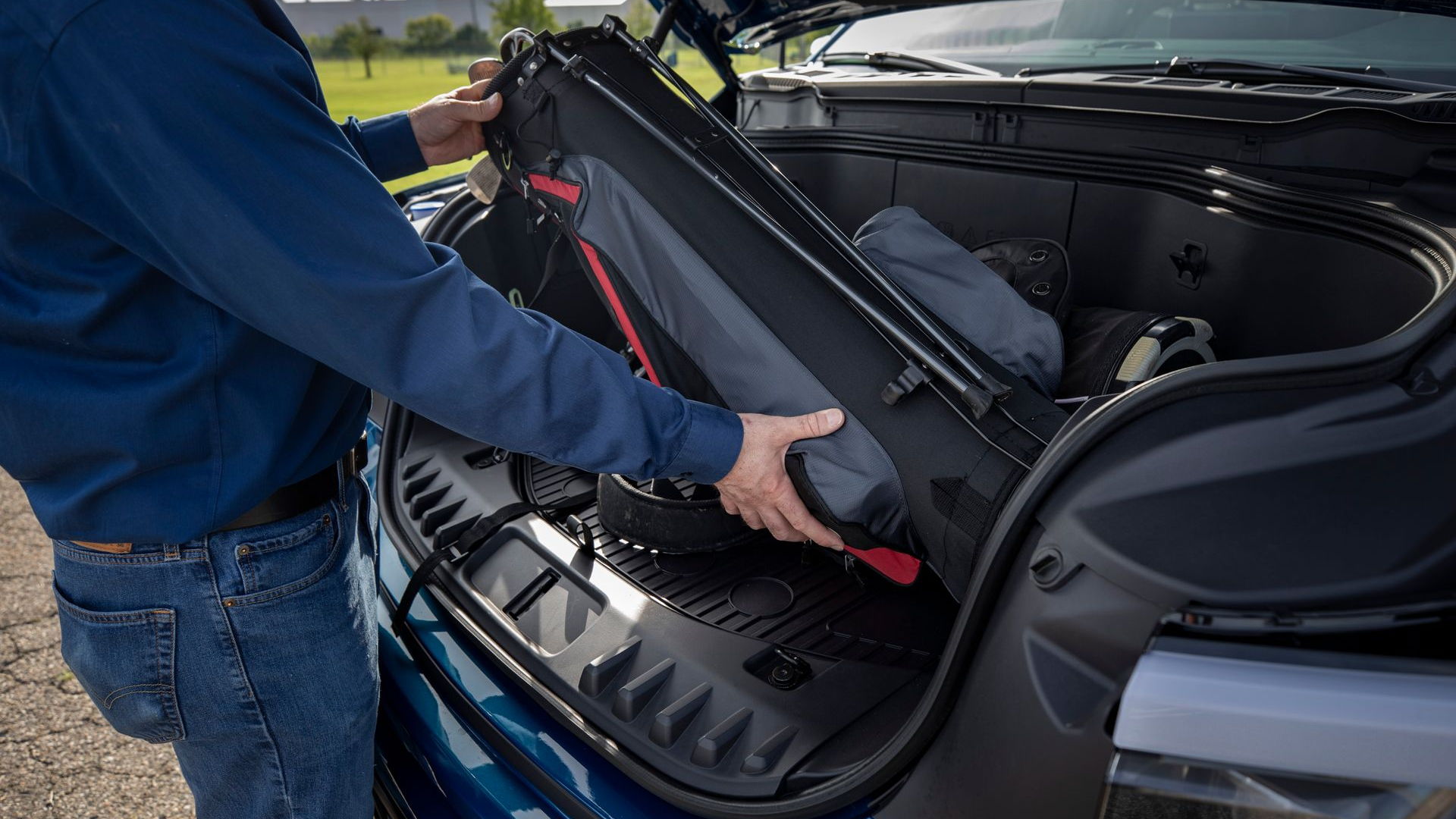 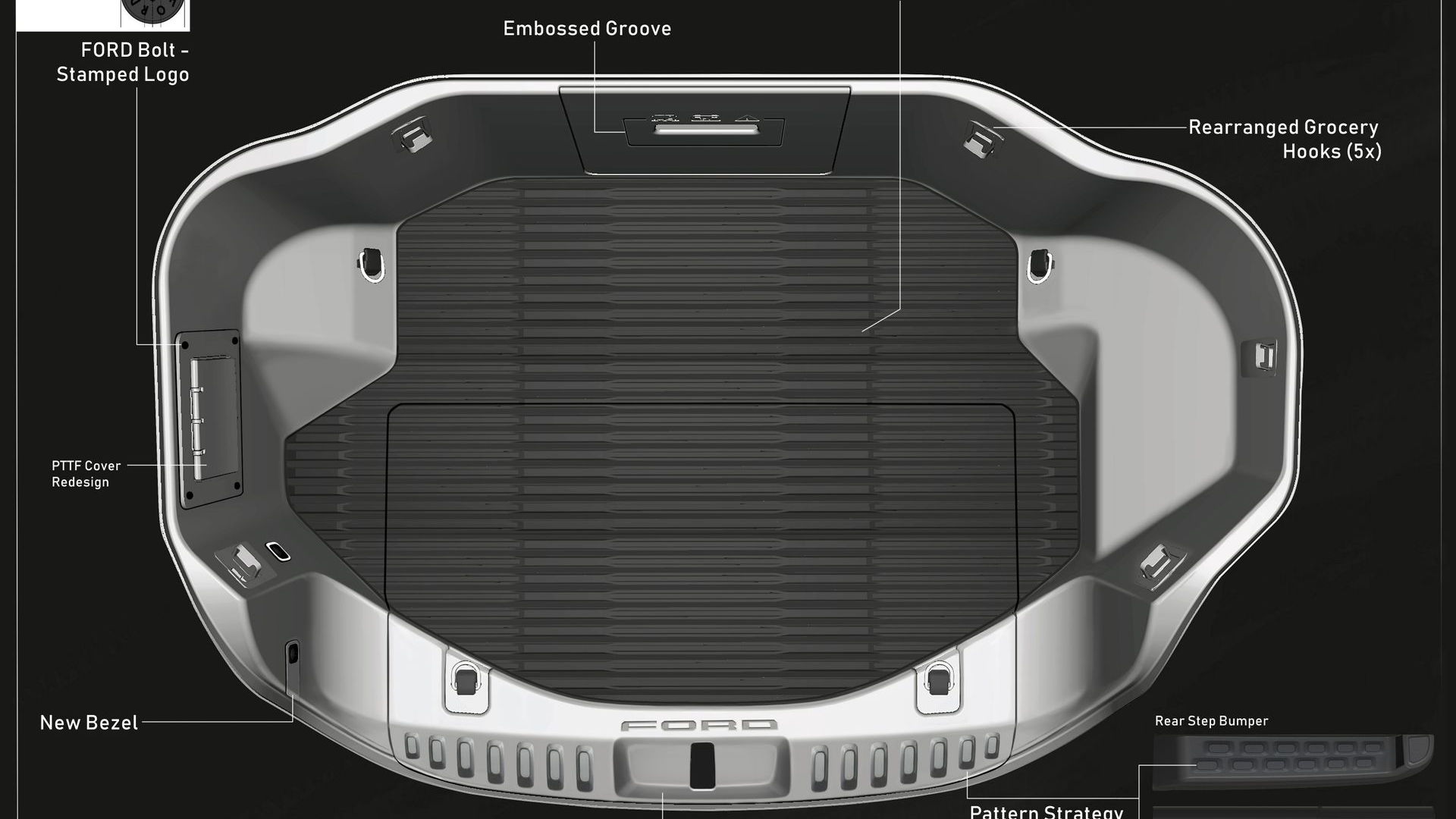 When automakers retire gasoline engines and go all-electric, what should they do with the extra space in that big engine bay?

There are different schools of thought here, and they come to a head in front, at the so-called frunk. Some automakers are seeing it as an opportunity to reconceptualize the vehicle completely, like the Tesla Cybertruck, or using that zone to free up more space inside the cabin, as in the VW ID.4 or Nissan Ariya.

But Ford went a different way with its 2022 F-150 Lightning: creating an additional space that truck users will appreciate. 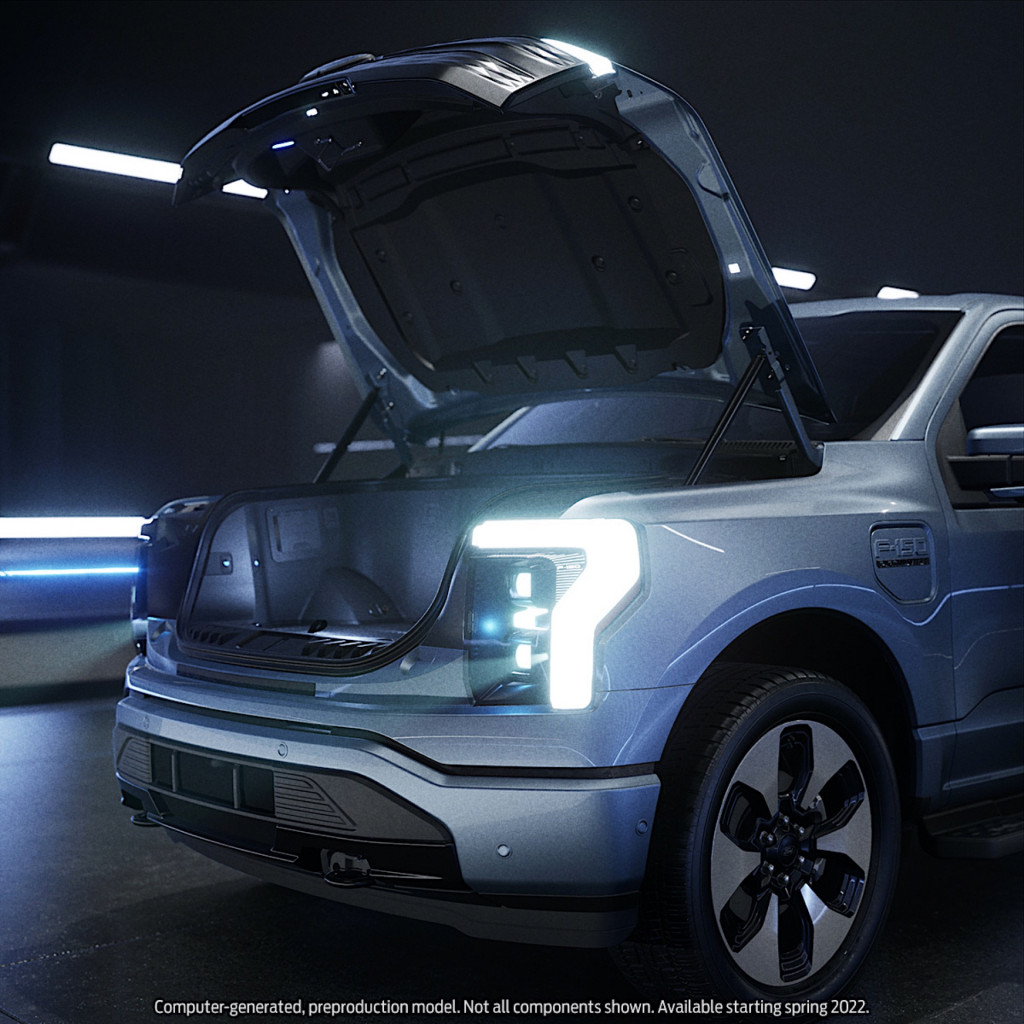 Like that of the Mustang Mach-E, the F-150 Lightning’s frunk is good for front tailgating, or frunkgating. It gets a drain plug at the bottom. It also has a rubberized floor with anti-slide properties, as well as its own “bed lamps” in the frunk hood. There are four electrical outlets and two USB chargers, plus 2.4 kilowatts of power through those good for power tools, kitchen appliances, or laptops.

At 14.1 cubic feet, the F-150 Lightning far outdoes the current frunk leaders, the Lucid Air and Rivian R1T. And the Lightning’s frunk has a payload of 400 pounds. The accessibility height for the frunk was designed to be similar to that of the Expedition SUV’s cargo area. 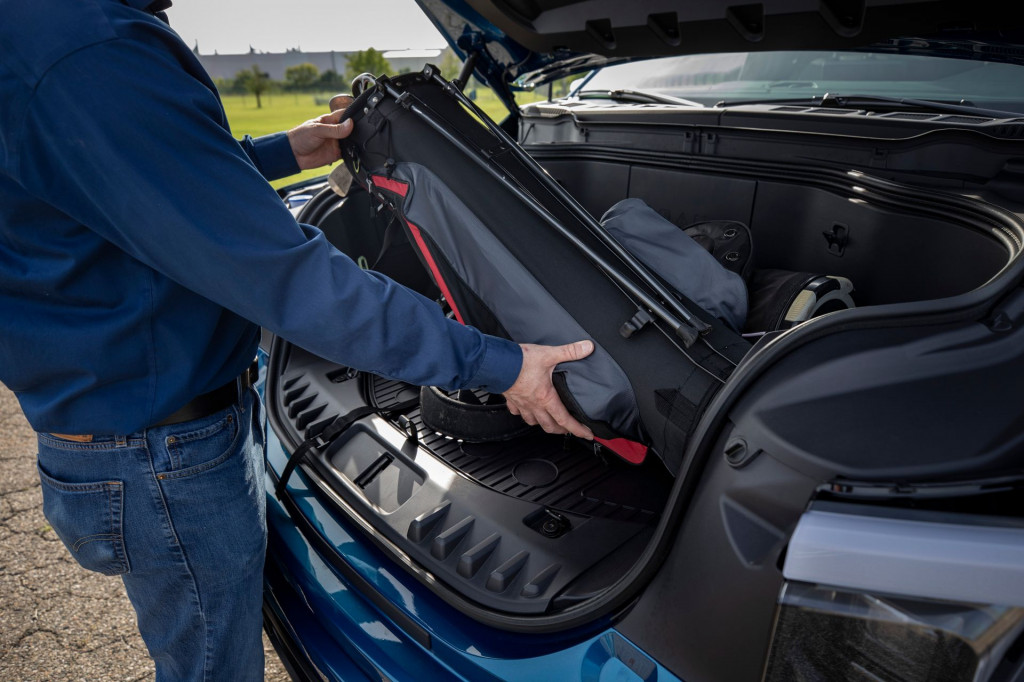 According to Ford, there are six different ways to open the frunk, including via the FordPass app on a smartphone and through a push-button on the grille.

Ford seems to say that the massive frunk wasn’t conceived just to fill that expected hoodline. It says that a design strategy director acted next to design and engineering on customer-use questions, all based on user-experience discussions with actual Ford truck and fleet customers about how they might use such a feature.That led to some cardboard prototyping—and creative ideas about how the space might be used. 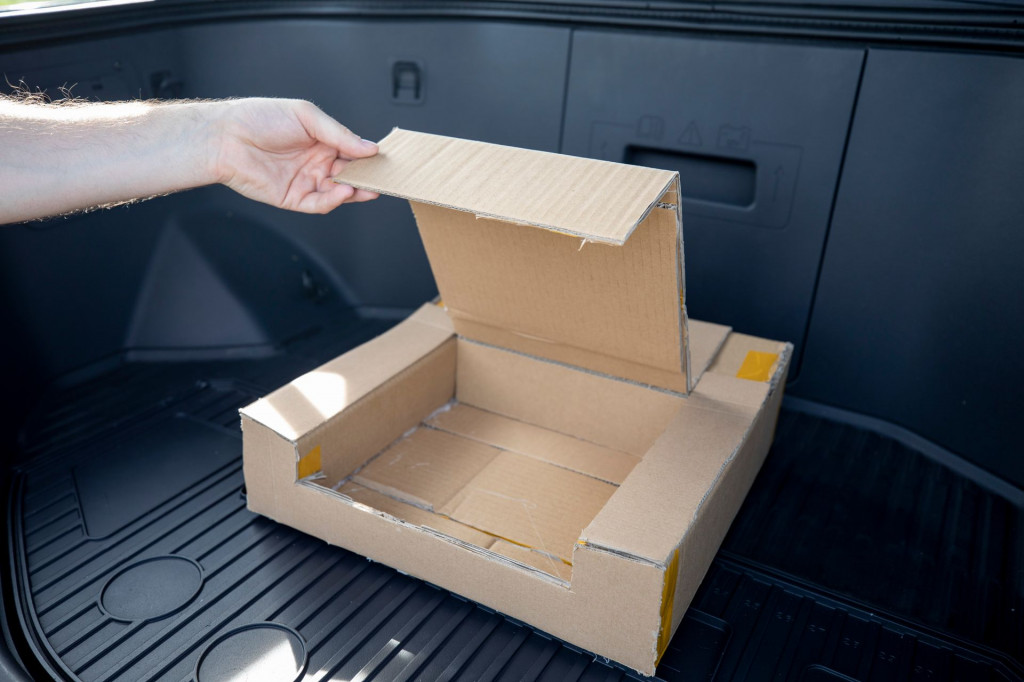 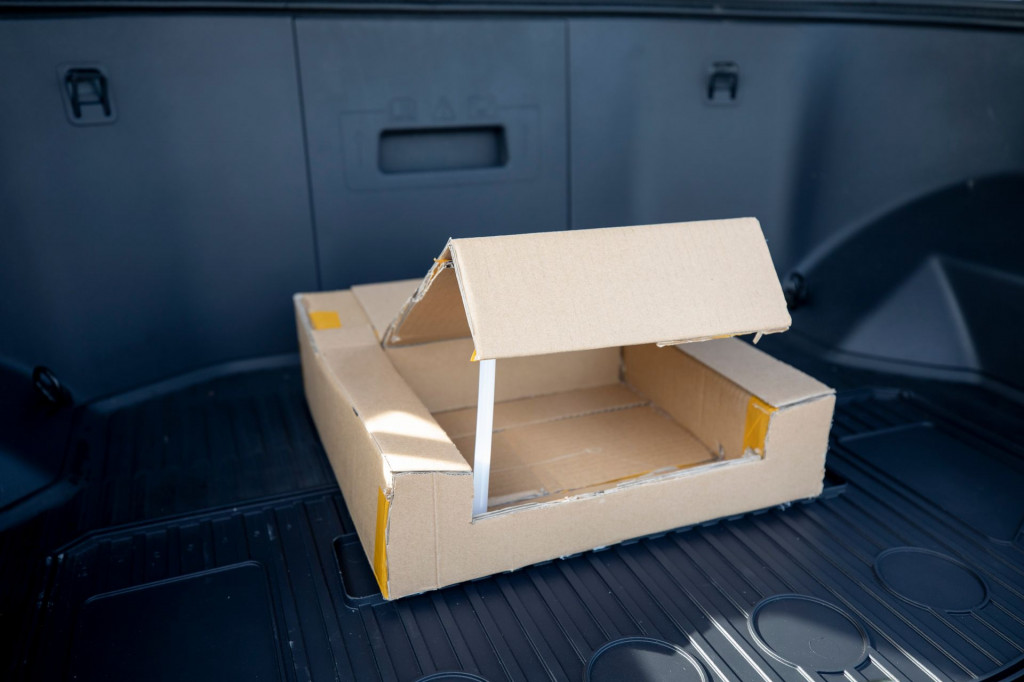 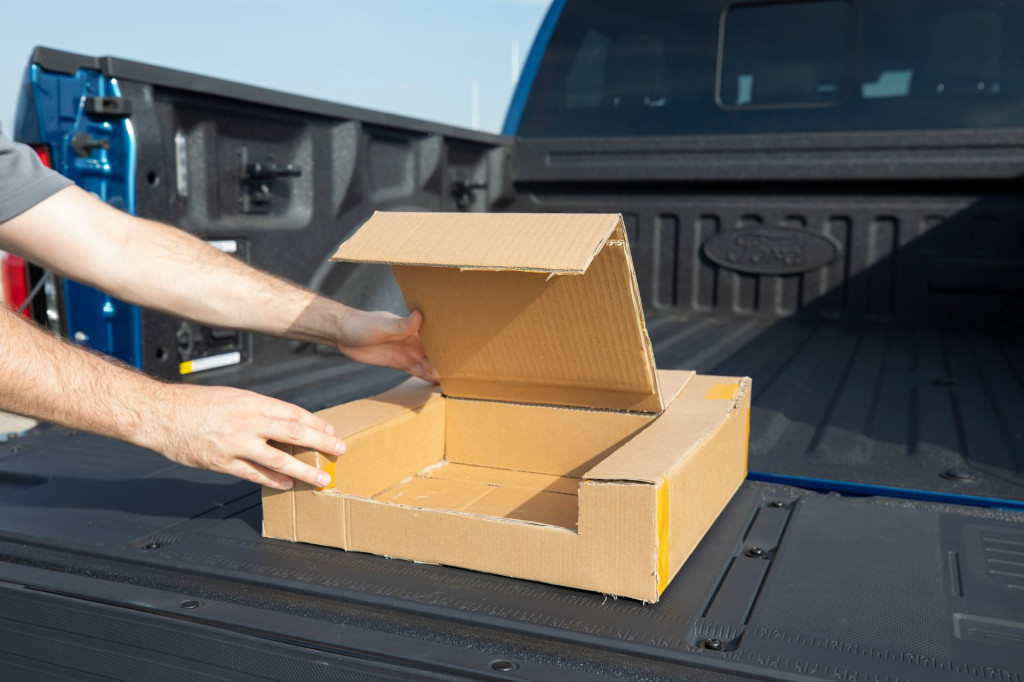 According to Ford, fleet owners wanted places to charge their tools, while some customers wanted a work surface at a usable height. Symmetry had to be sacrificed in order to get to the desired space—in addition to all the other propulsion components and other ancillary systems that still needed to be packaged in front. 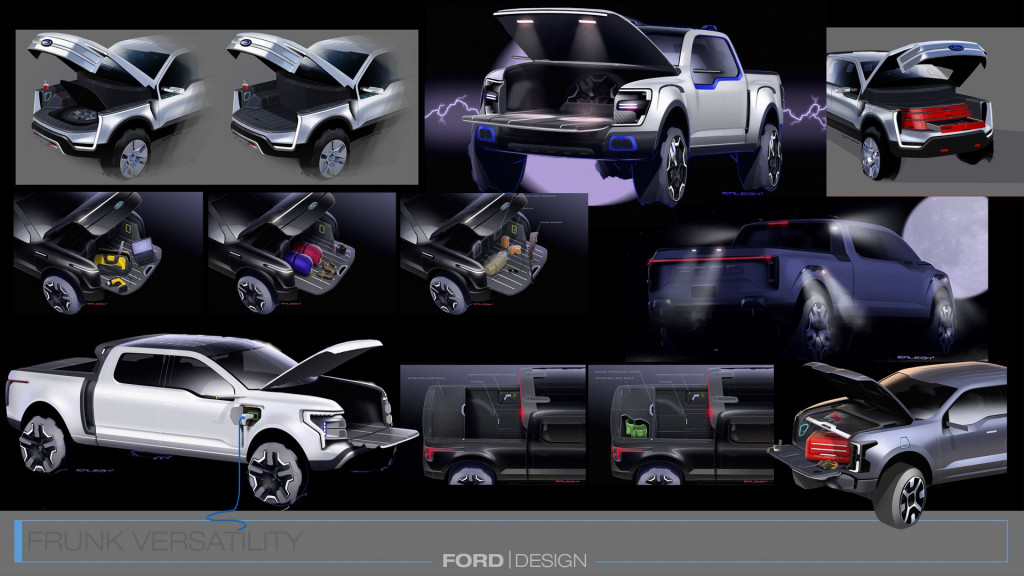 The debate may rage on over whether frunks are smart space for people-oriented vehicles. But for electric pickups, however, the frunk seems like the step forward.

Do you think the classic American pickup should be redesigned to omit some of the front end in the future? Let us know in your comments below.