Production of the 2022 Chevrolet Bolt EV and Bolt EUV electric cars is back on temporarily as General Motors continues to work through a large-scale battery recall.

GM initially halted Bolt EV and Bolt EUV production at its Orion Assembly plant in Michigan in August as part of the recall, which was triggered by battery-fire concerns. Automotive News (subscription required) recently reported that production had resumed, but it's now slated to stop again for three weeks beginning November 15.

Replacement battery packs are starting to arrive, but with supplies tight everywhere in the industry, GM needs to balance new production with the limited number of replacement packs. 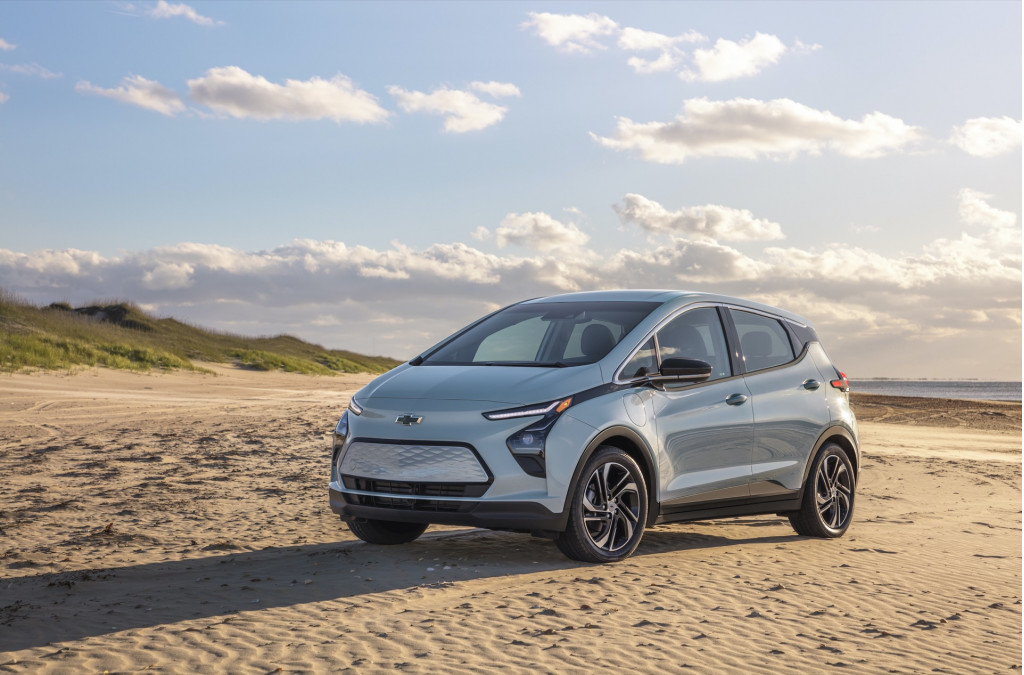 GM confirmed in September that battery production had resumed at partner LG's plants in Holland and Hazel Park, Michigan, after the companies identified two unrelated manufacturing defects, a torn anode and a folded separator, which need to be present in the cell simultaneously in order to potentially cause a fire. LG has agreed to pay GM $1.9 billion for the recall.

The automaker is aware of 13 suspected battery fires that have been investigated as possibly linked to the issue. GM has stopped sales of the Bolt EV and EUV, and plans to flash a software update to affected vehicles effectively dropping the maximum state of charge to 80 percent, gradually easing the state of charge back to 100 percent if the battery pack continues to pass certain diagnostic tests.

That stop-sale order takes an important EV player out of circulation. The Bolt EV family is among the lowest-priced EVs on the market today. It's also the only current vehicle that qualifies for the full $12,500 amount under a pending EV tax credit expansion that's generated a lot of controversy over requiring union-made vehicles.