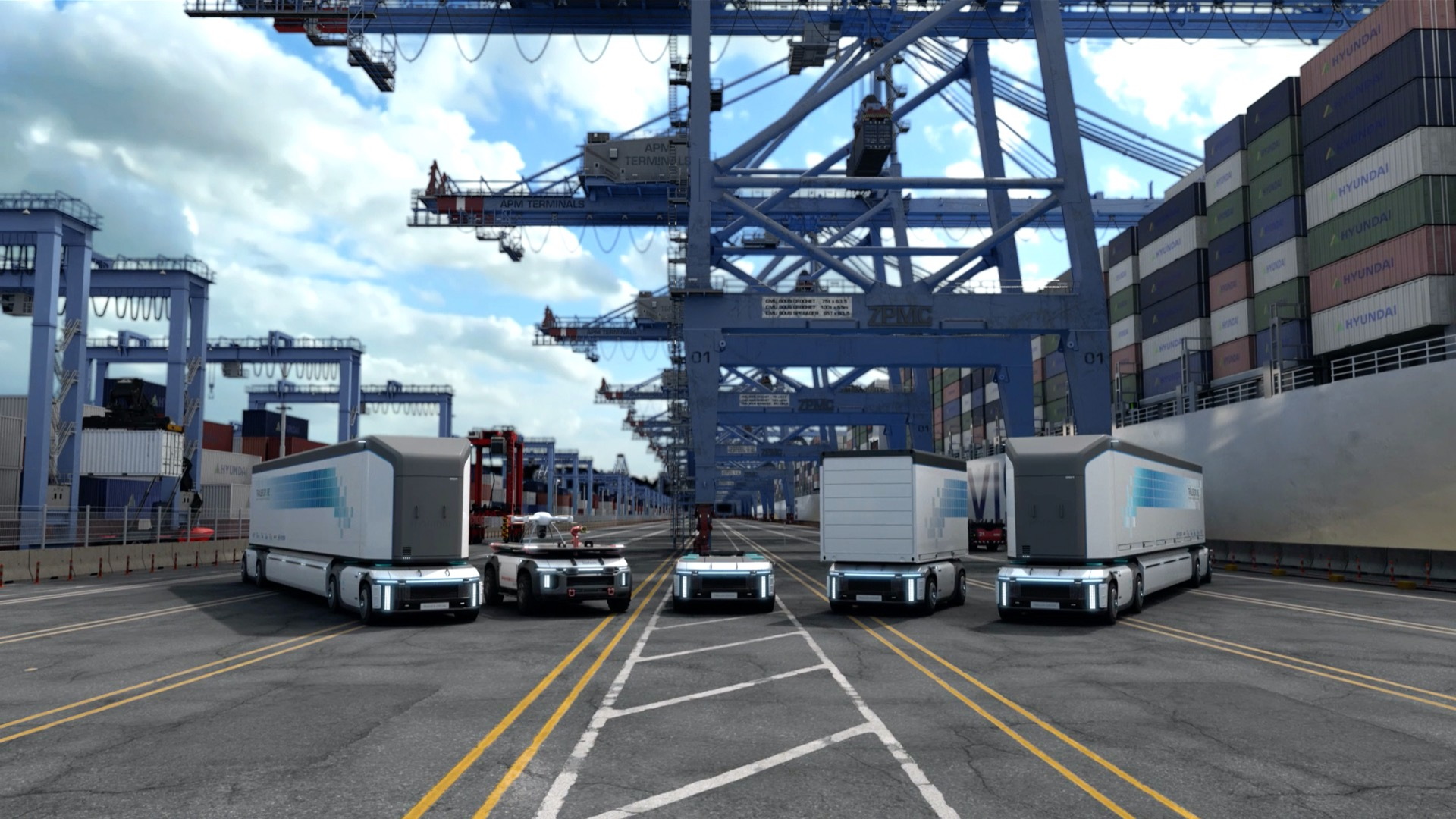 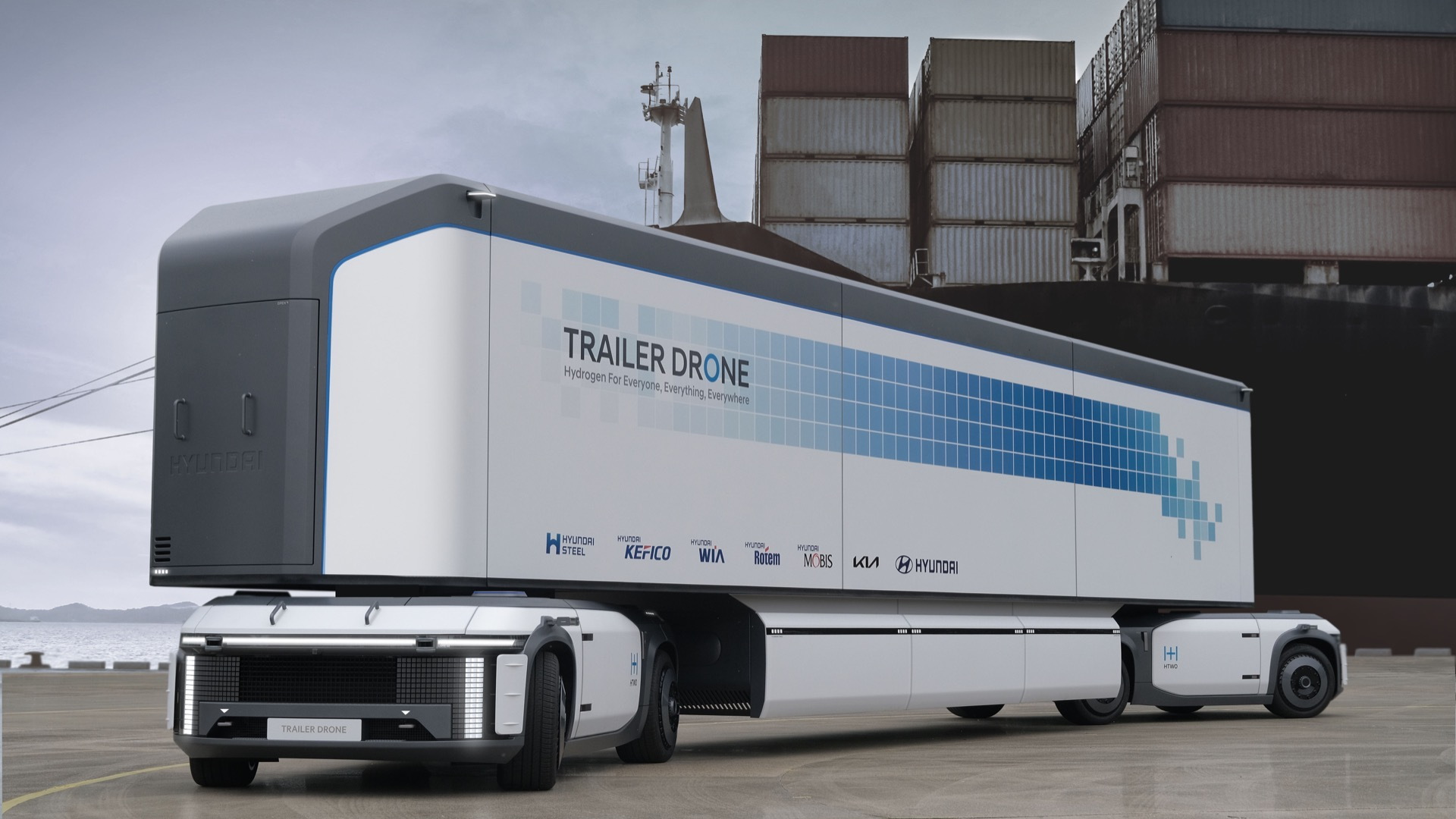 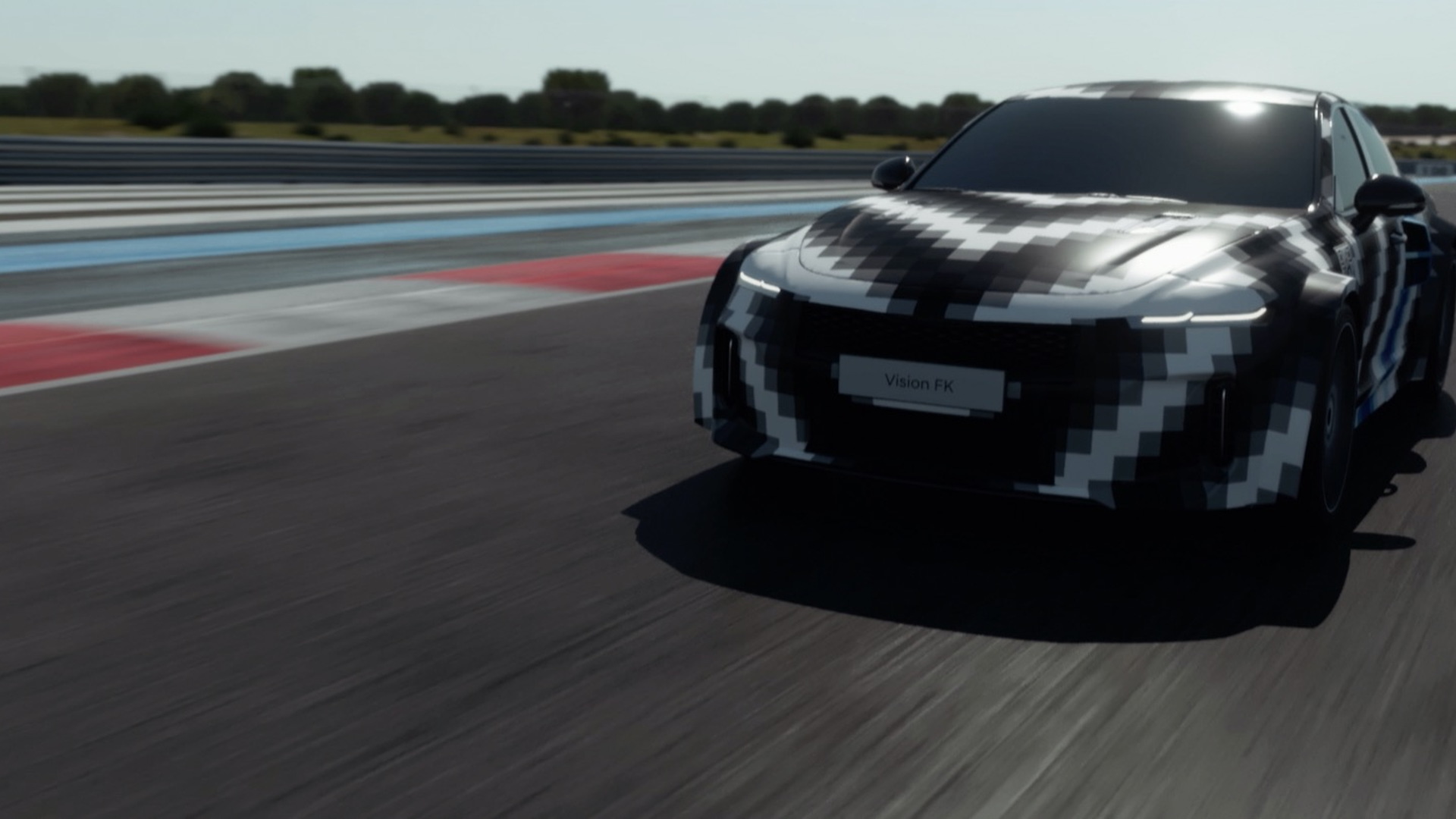 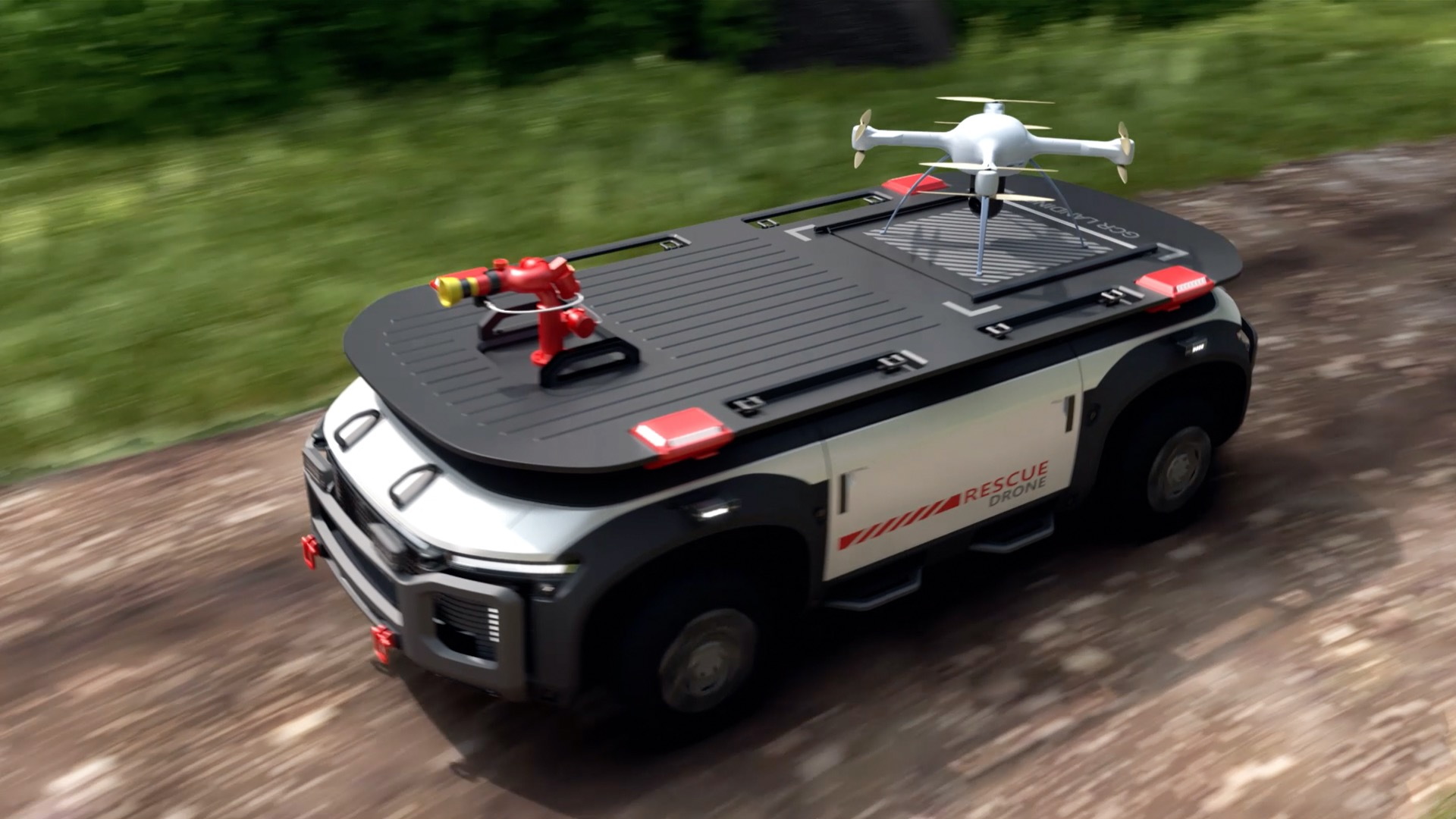 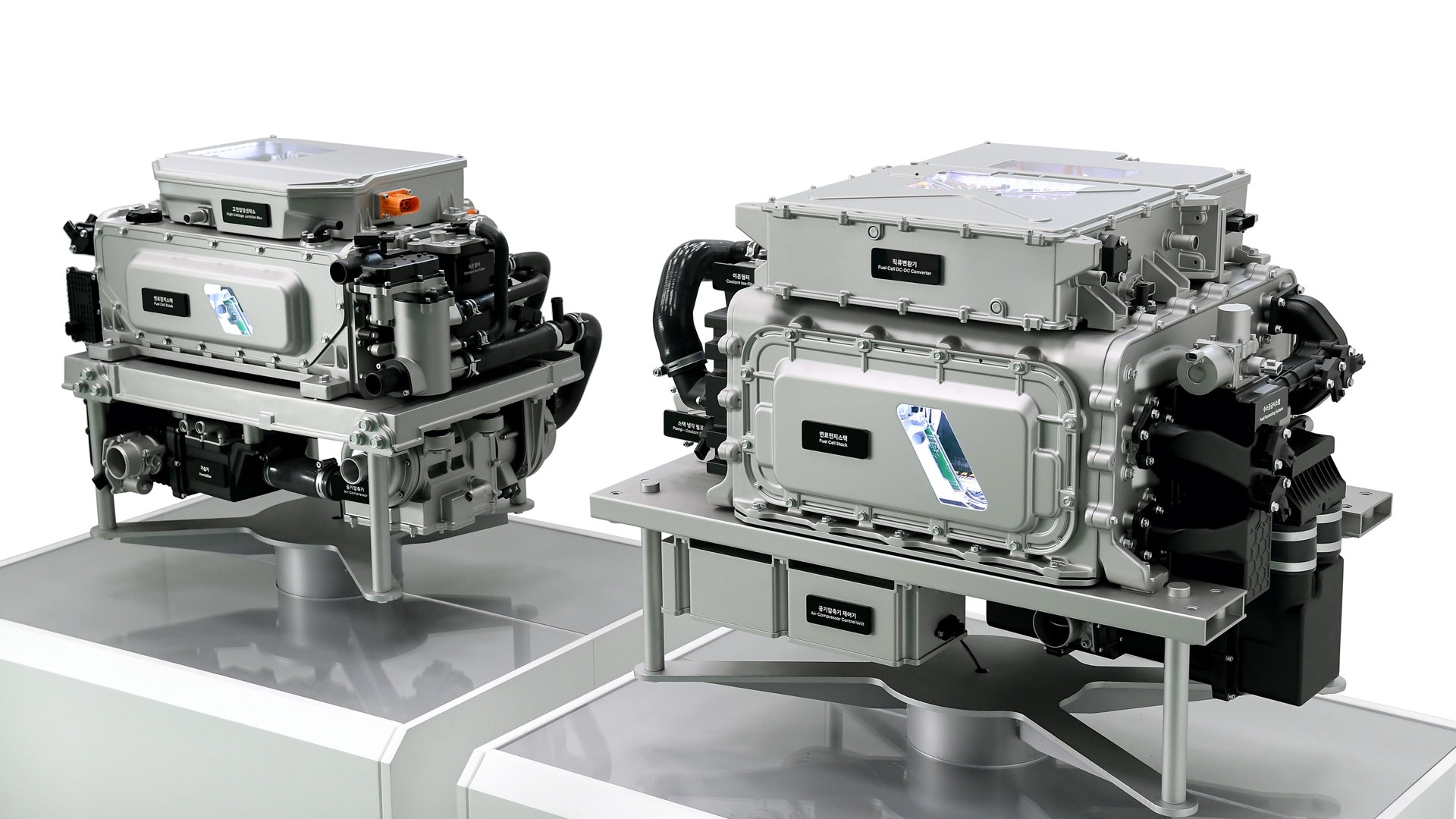 Hyundai early Monday announced that it plans to achieve a hydrogen fuel-cell vehicle price point comparable to that of a battery electric vehicle by 2030.

That was just one aspect of a grand Hydrogen Wave vision that includes new-generation fuel-cell hardware, plans to apply fuel-cell tech to all of its commercial-vehicle models by 2028, and an exhibition of a fuel-cell sports car co-developed with Rimac, an innovative e-Bogie concept for electrifying trucks, fuel-cell emergency and rescue vehicles, and the idea of bringing fuel-cell tech to “all types of mobility,” as well as homes, buildings, and other energy solutions.

Hyundai detailed very little about how it proposes to produce green hydrogen at the scale needed, however. It sees hydrogen fuel cells as being a big part of reducing society’s dependence on fossil fuels and presented a vision based on large-scale electrolysis from excess renewable energy—likely including nuclear energy—that would not otherwise be used. According to Saehoon Kim, Hyundai’s executive VP and head of its Fuel Cell Center, such hydrogen will be cheaper than “gray hydrogen,” which is produced from natural gas or other fossil fuels and does produce CO2 emissions.

Beyond the hydrogen infrastructure hurdles, the key to all of this is to start reducing the price of the systems themselves. Hyundai will introduce a third-generation fuel-cell stack in 2023, in two different versions, with a significantly lower overall cost.

Hyundai next-generation fuel-cell systems due in 2023

The larger of the two new fuel-cell systems is about the size of the current system used in the Hyundai Nexo, but with double the power output (200 kw) and envisioned for commercial vehicles. The smaller one is 100 kw but reduced in size by 30 percent from the current system, and intended for a wide range of applications.

The current-generation system achieves less than 100,000 miles of usage, but it plans to extend durability by 50 to 100 percent, the company says—aligning with the battery durability and longevity requirements being introduced by California, perhaps.

But not all the hydrogen might be used with fuel cells. In a Q&A with the press, Hyundai’s Saehoon Kim also wouldn’t rule out the use of hydrogen internal combustion, a possibility that Toyota recently confirmed it will develop for racing, explaining that it’s difficult to create a balance in the production of hydrogen and consumption of hydrogen.

The company also sees long-term growth in the plan. It cited a prediction from the Hydrogen Council, an industry initiative, that by 2050 hydrogen energy will account for 18 percent of global energy demand and be a $2.5 trillion market. At that time it claims that hydrogen will have helped cut more than six billion tons of CO2 emissions per year.

As a tease of where it's going with fuel cells in cargo and shipping, the company showed a glimpse of the farther-off flexible e-Bogie system that can manage shipping containers with wondrous maneuverability. Hyundai plans to start the hydrogen push with the commercial vehicle sector, where it will release the XCient heavy-duty fuel-cell semi in 2023—likely to be the first such long-range fuel-cell semi in the world. Following that it will develop a light commercial vehicle, focused toward Europe, for deliveries, with potential autonomous driving applications.

Hyundai already has 45 XCient trucks on the road and R&D chief Albert Biermann said the company has been monitoring the trucks “like a Le Mans race car,” finding so far that they have met and exceeded expectations.

The automaker also has a performance vision including fuel cells. Biermann described the Vision FK high-performance sports car concept, presented as part of the Hydrogen Wave, as “a bit of technical overkill,” with the combination of a fuel cell system and plug-in battery electric propulsion.

The Vision FK makes around 800 horsepower, can accelerate to 62 mph in less than four seconds, and can return more than 373 miles of range. It’s the product of a collaboration with Croatia's Rimac Automobili, which worked on the electric propulsion system and Hyundai, which provided engineering for performance, the fuel-cell system, and the rest.

Meanwhile, Biermann says that Hyundai is not starting any “new developments”—including platforms—based on combustion tech.

In addition to making city buses and other forms of mass transit fuel-cell, Hyundai hopes to see the tech put to use in air mobility, robots, and large ships. Its fuel-cell modules might also be assembled like Lego blocks into megawatt-scale power generation

Hyundai’s virtual exhibition of its hydrogen plans and ideas will be rounded up in a physical exhibition it’s calling HydroVille, in Goyang, Korea, September 8-11.