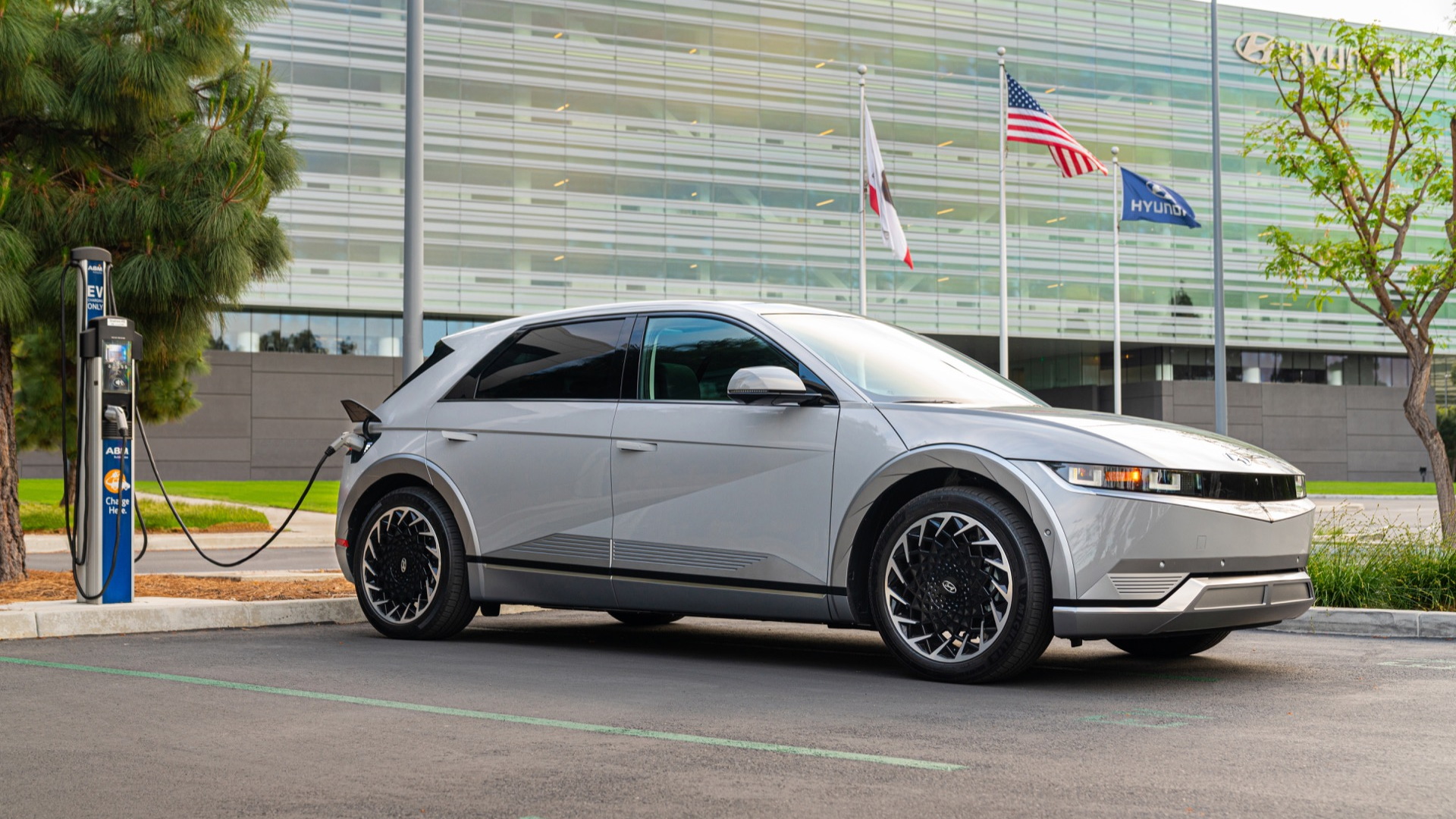 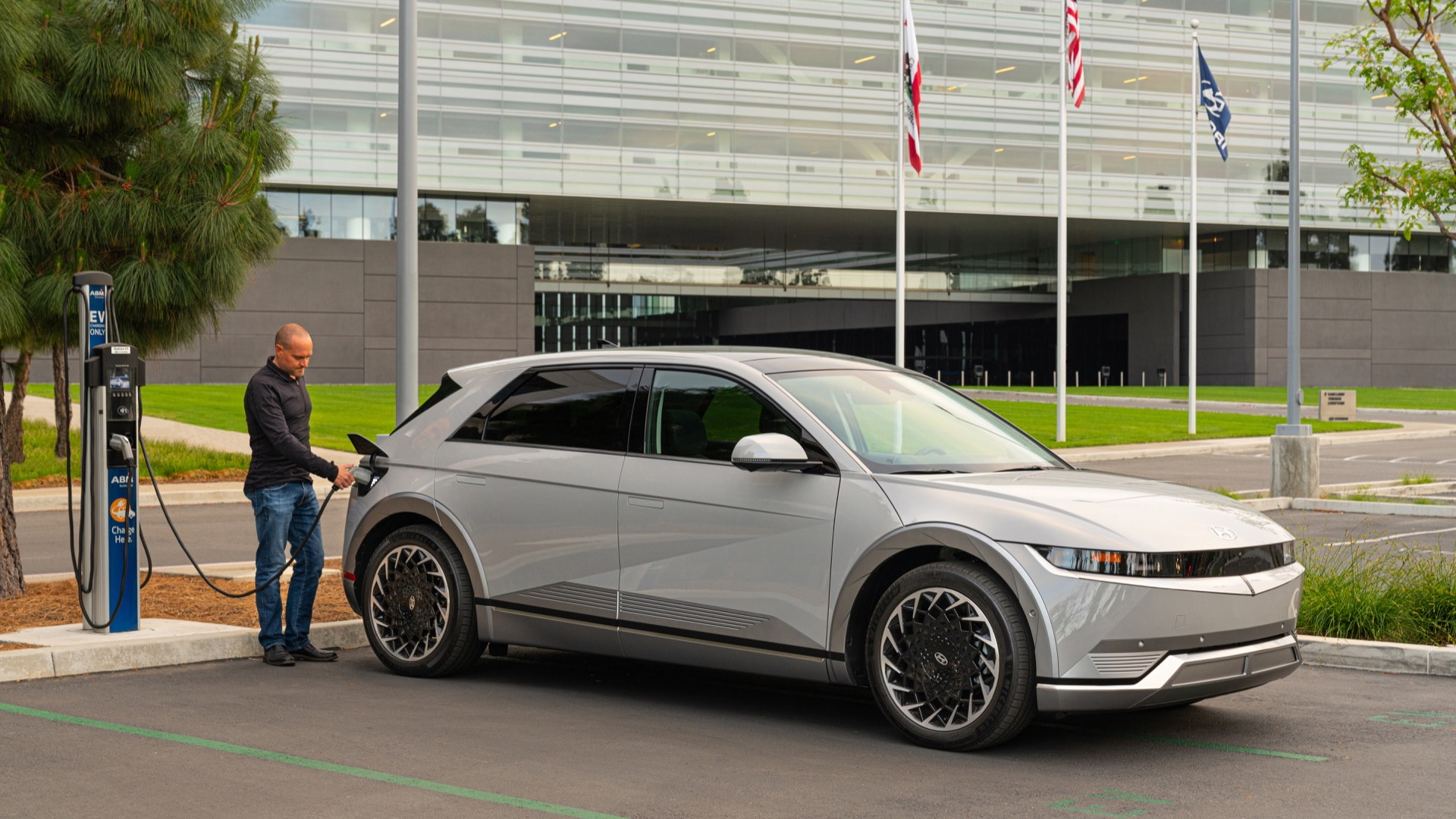 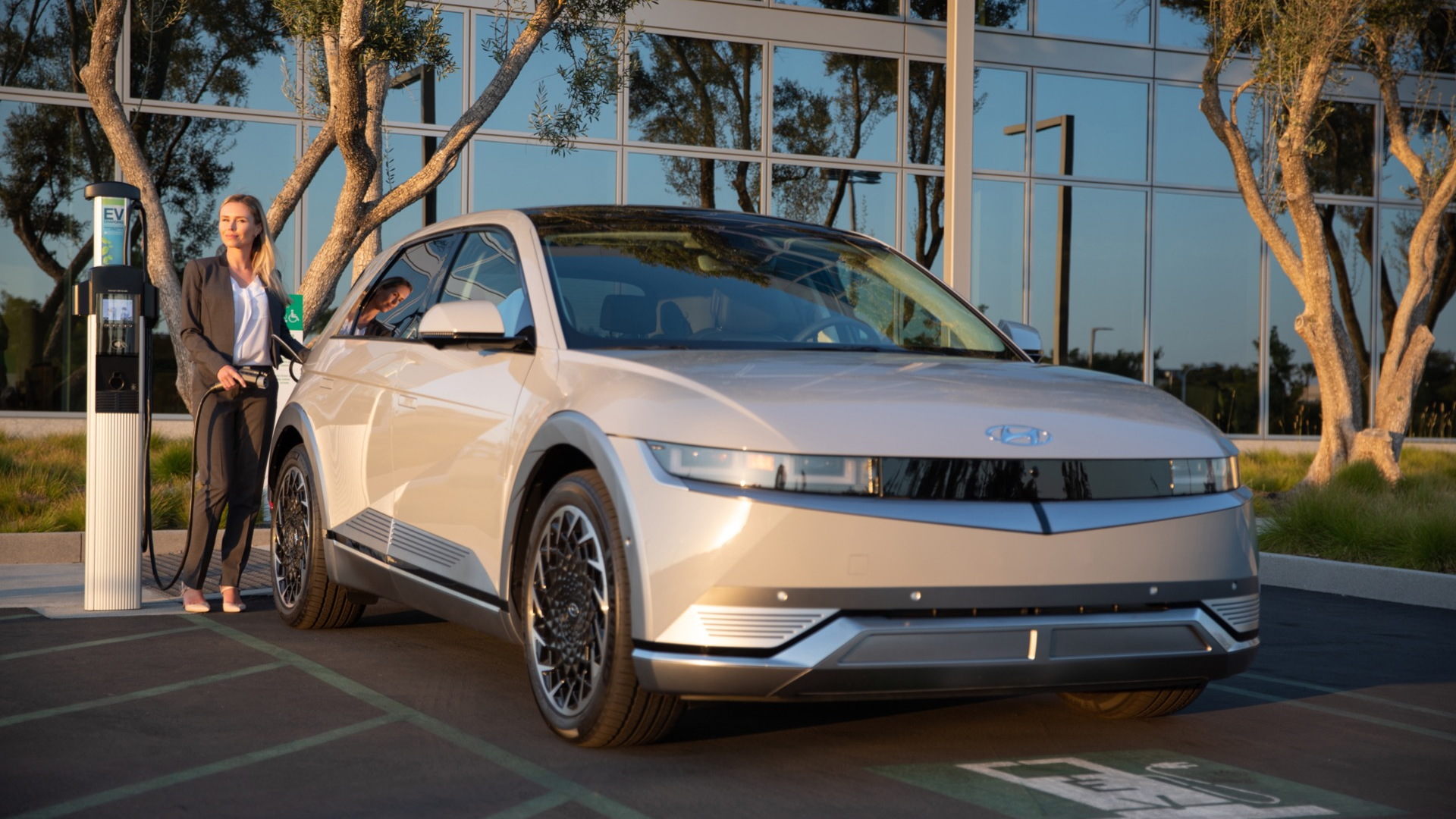 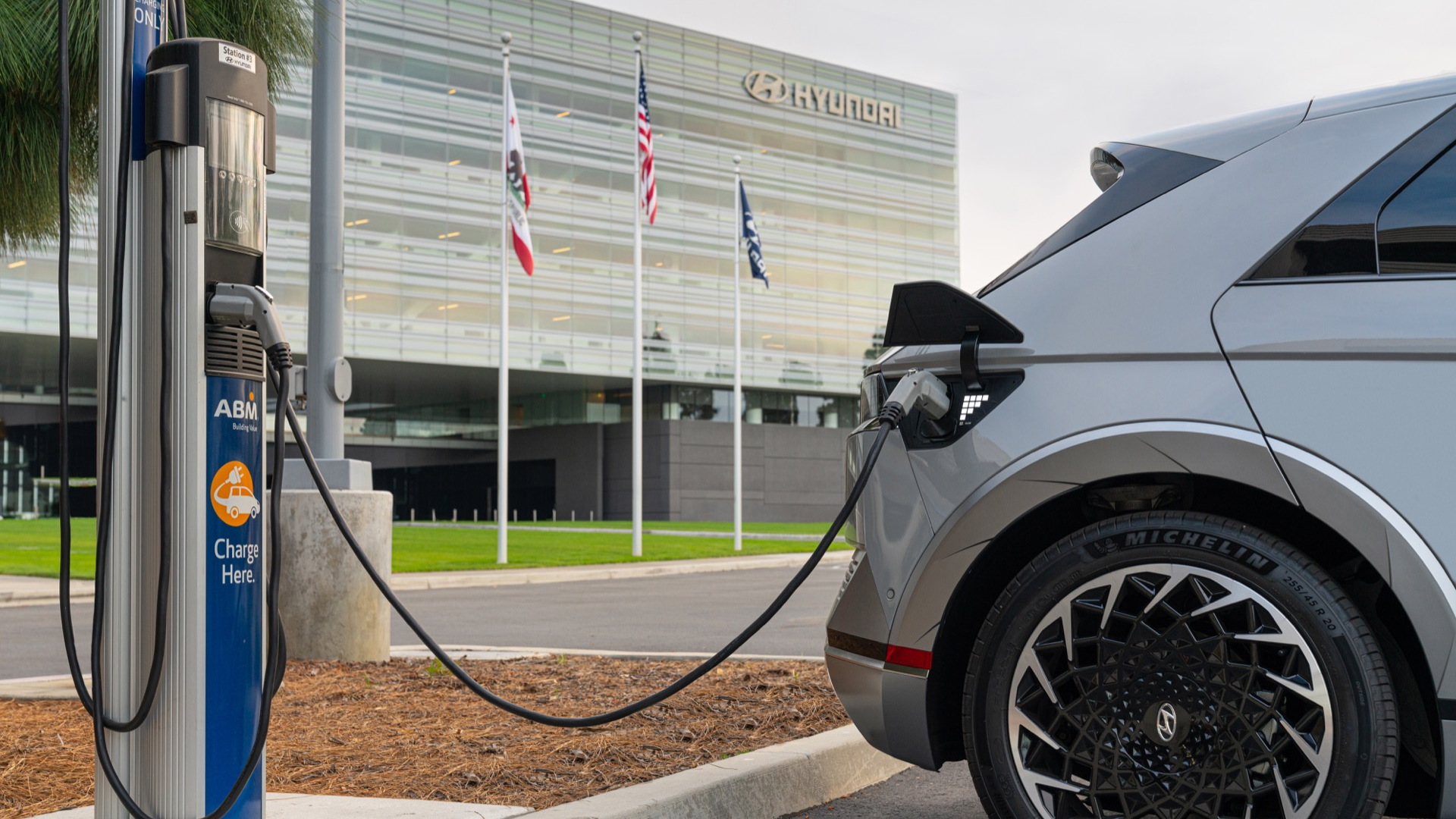 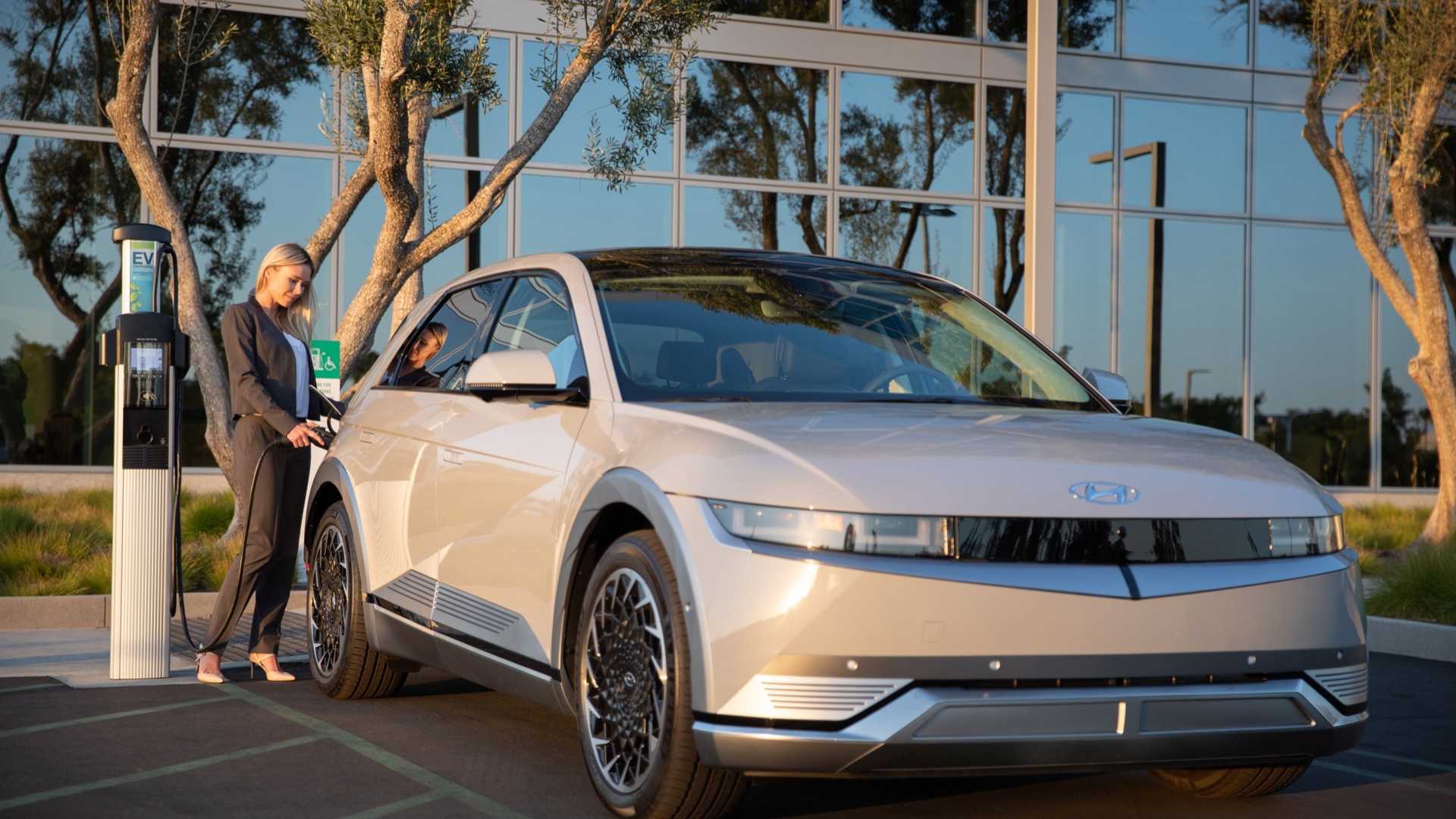 Although the 2022 Hyundai Ioniq 5 was revealed in February, there have been some tweaks in how Hyundai’s positioning the model for the U.S. market. One of them includes a staggered rollout that will deliver it first to California EV-mandate states. Although Hyundai has said earlier in the year that U.S. buyers would get a choice between Standard Range 58-kilowatt-hour or Long Range 77.4-kwh battery packs, the company has decided only to offer the Long Range pack.

Hyundai has released more information about driving range in U.S. spec, under EPA ratings, and they’re quite impressive. Dual-motor SE and SEL models will get a targeted 289 miles and the top-of-the-line dual-motor Limited should be rated around 244 miles in U.S. spec. It says that the Ioniq will achieve up to 300 miles, so look for that to be achieved in one of the single-motor models.

Hyundai also said that it is looking at “alternative ownership models to attract and engage first-time EV customers. It was the first automaker to offer such a program in the U.S. in 2017 and 2018 with a so-called Unlimited+ plan on its Hyundai Ioniq Electric, and the parent company has since explored ways of using battery leasing to lower EV prices and help coordinate battery reuse.

The 2022 Ioniq 5 can charge from 10% to 80% in just 18 minutes, at a 350-kw DC fast-charger, and it can recover 68 miles of range in about five minutes. The model can take advantage of 400-volt charging hardware by boosting the voltage to 800 volt “for stable charging compatibility” in a system using the motor and inverter.

The 10.9-kw onboard charger will handle a full charge in as little as 6 hours, 43 minutes, according to Hyundai. That would require a 240-volt, 60-amp circuit at the home and a 48-amp Level 2 wallbox.

Built-in “vehicle to load” (V2L) capability will offer 1.9 kw of power through an outlet under the rear seat row or, with an accessory adapter, using the charge port, so as to power e-bikes, scooters, or other work or camping equipment.

In U.S. spec, dual-motor versions of the Ioniq 5 make a combined 320 horsepower from its 74-kw front motor and 165-kw rear motor, with 446 pound-feet of torque. Hyundai, which typically offers conservative acceleration times, says that it can dash to 60 mph in less than 5 seconds. Single-motor versions make a combined 225 hp and 258 lb-ft.

Hyundai is calling the Ioniq 5 a crossover, with measurements of 182.5 inches long, 74.4 inches wide, and 63.0 inches tall. That's, slightly smaller than the Ford Mustang Mach-E on the outside but comparable inside, thanks to its E-GMP dedicated electric vehicle platform designed around providing a large passenger area and flat floor.

Inside, the Ioniq 5 gets a new rotary shift selector design and, with its flat floor, both the second-row seats and the Universal Island center console can each slide back and forth—5.3 and 5.5 inches, respectively. With the rear seatbacks flipped forward, the Ioniq 5 offers 27.2 cubic feet behind the rear seats, or 59.3 cubic feet when folded. Total passenger volume is 106.5 cubic feet. A number of design attributes are firsts for Hyundai, such as a magnetic board to the left of the instrument cluster that’s “ideal for posting pictures and notes just like on a refrigerator.”

One Hyundai first is the Ioniq 5’s head-up display with augmented reality mode—essentially projecting turn-by-turn navigation, active-safety prompts, and more in focus about four feet ahead of the driver in their line of sight.

The Ioniq 5 will soon debut an in-vehicle payment system, allowing easy payment for EV charging, food to go, or parking.

It will also be the first Hyundai model to offer over-the-air updates for maps and multimedia software. Hyundai hasn’t clarified yet whether it will get OTA updates for core vehicle systems.

The Ioniq 5 will arrive this fall, as a 2022 model. But there are definitely some asterisks to that availability. Hyundai says that it will be offered in current California zero-emissions vehicle (ZEV) states plus Texas, Florida, Illinois, Georgia, North Carolina, Pennsylvania, and Arizona, followed by “a broader rollout in 2022.”