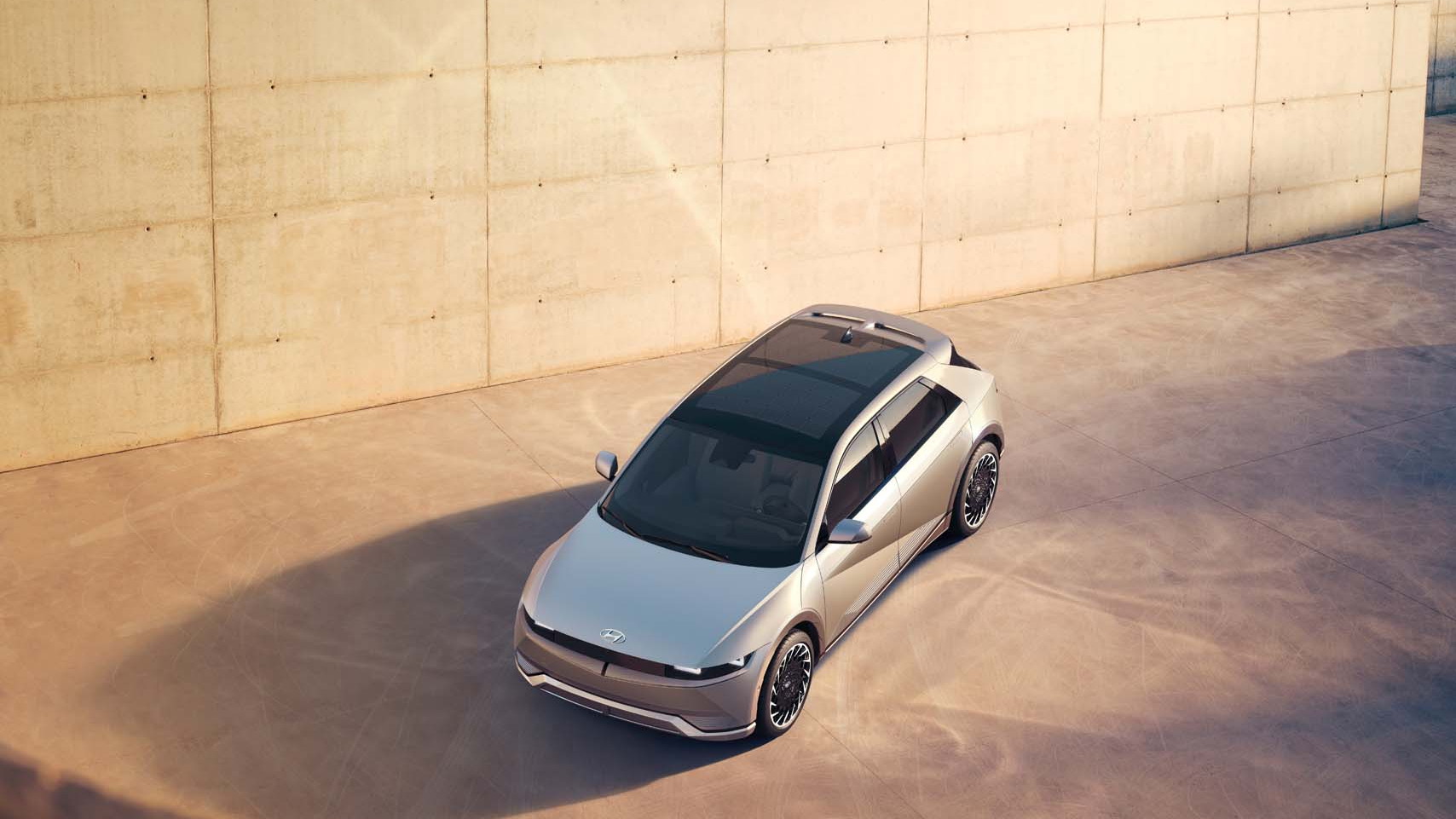 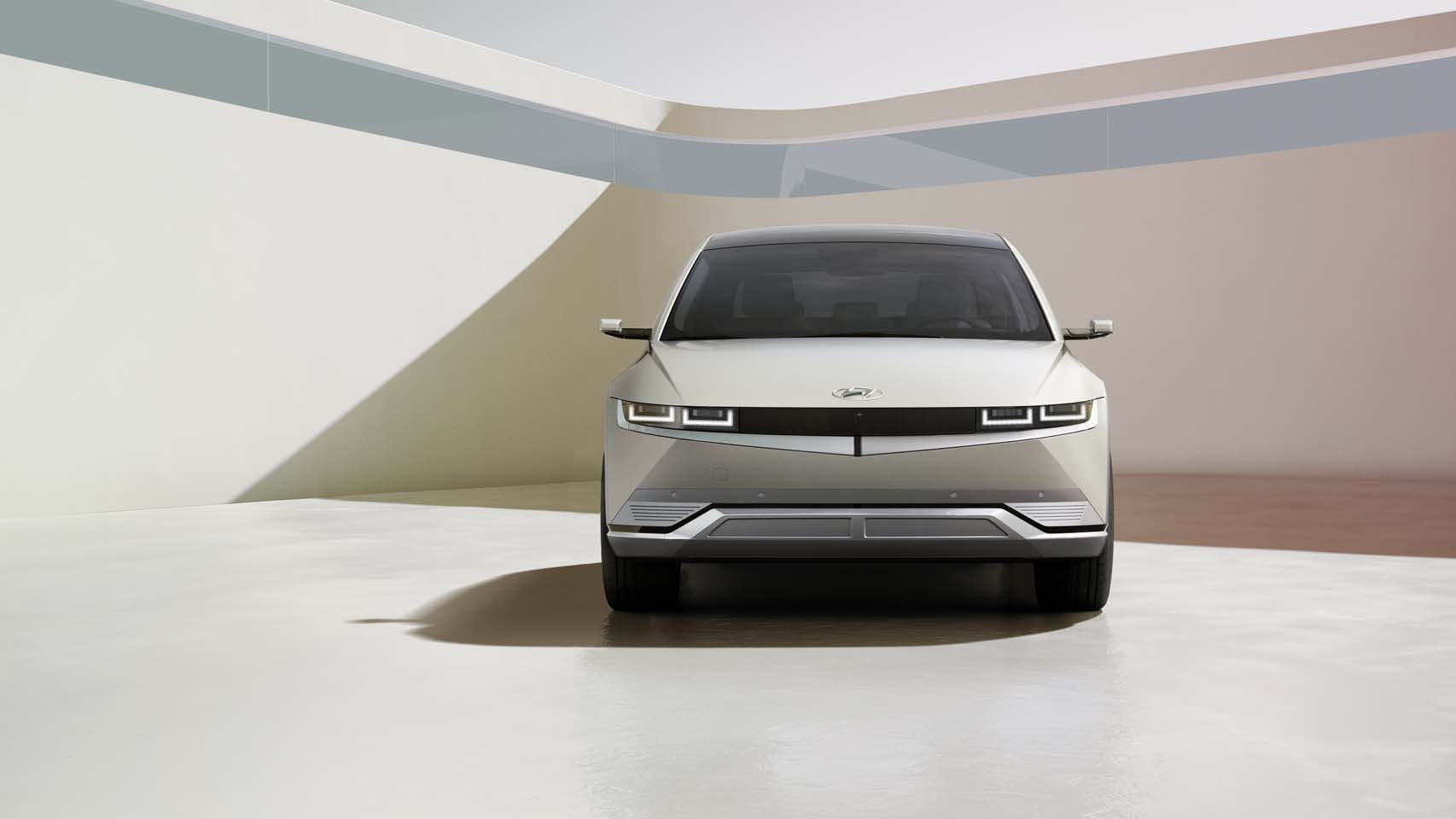 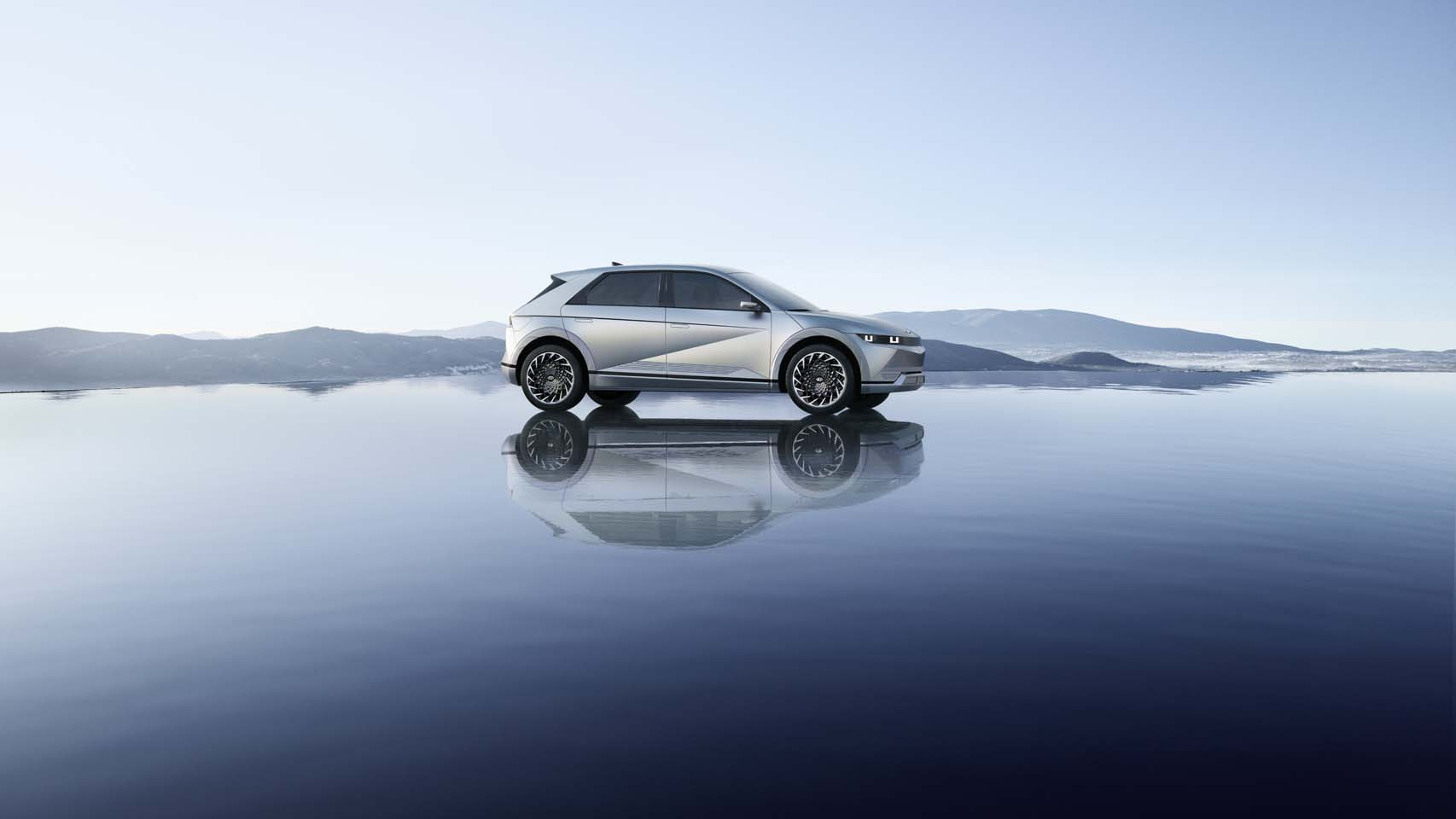 The electric car revealed by Hyundai early Tuesday morning is shaping up to one of the most important new models in the South Korean company’s 45 years of making cars.

The 2022 Hyundai Ioniq 5 is the first of many models to be built on Hyundai’s E-GMP dedicated EV platform. It’s also the first model to be released as part of Hyundai’s Ioniq brand focused around electric vehicles. And it includes a long list of technology firsts for the company—mashed up with design nods to the past, functionality innovation, and features that should future-proof this fresh face.

What makes this stunning design work so well—to the best of what we can see via a virtual reveal—is that it keeps the profile and the sheetmetal clean and faithful to what it’s based on—the 45 Concept from the 2019 Frankfurt auto show.

Like that concept, the Ioniq 5 gets its inspiration from the wedgelike look and abrupt cutlines of many of the formative hatchback designs of the 1970s and ‘80s—including the Pony that, 45 years ago, started Hyundai along its path to become a global automaker. And it punctuates the details with a pixelated look for the headlamps, taillamps, and up-close details. Stare at the Ioniq 5’s profile and cues long enough, and it’s so retro-fresh it could make New Wave new again.

The 2022 Ioniq 5 is set to rival a rapidly growing group of compact electric crossovers that includes the Tesla Model Y, Ford Mustang Mach-E, Nissan Ariya, and Volkswagen ID.4. Each of these models will have slightly different feature, spec, and driving differences and nuances that we look forward to exploring. Unlike most of that cohort, the Ioniq 5 will be classified as a passenger vehicle in the U.S., the company confirmed.

Hyundai has already teased what will make the Ioniq 5 different than some of those other models. It will take advantage of its dedicated EV platform with a flat cabin floor, a sliding center console, and highly adjustable seating. It will offer more sustainable materials than in rival models. And it will offer what might be the fastest charging in its class—with the capability to recover 80% in just 18 minutes.

By the measuring tape and the stopwatch, it’s likely not going to be too far off those key rivals, though. The Ioniq 5 is about 182 inches long—roughly 5 inches shorter than the Model Y—yet it rides on a longer-than-the-rest 118.1-inch wheelbase. With a width of 74.4 inches and an overall height of 62.3 inches, the Ioniq 5 is neither the smallest nor the largest among its peers.

That wheelbase, Hyundai says, amounts to lots of passenger space. Cargo space is ample, too—18.8 cubic feet in back, or 56.2 cubic feet with the seats folded. In a presentation to the press, Hyundai showed that the rear seatbacks fold flat, with an especially wide hatchback opening. The frunk (front trunk) offers an additional 2.0 cubic feet in rear-wheel-drive models or 0.8 cubic feet in all-wheel-drive versions.

U.S. versions of the Ioniq 5 will be offered with a choice between Standard Range 58-kwh or Long Range 77.4-kwh battery packs. Based on Hyundai’s record for efficiency, we expect it to get the closest yet to Tesla’s rated range.

All-wheel-drive models with the Long Range battery make a combined 302 horsepower and 446 pound-feet of torque for the front and rear motors, or 232 hp and 446 lb-ft combined with the Standard Range battery. Rear-wheel-drive versions with both batteries make 215 hp and 258 lb-ft.

Acceleration is competitive with other long-range EVs its size—with 0-62 mph acceleration ranging from 5.2 seconds up to 8.5 seconds, depending on the version. Top speed across the model line is 115 mph. Hyundai noted that the company hasn’t yet decided on an ‘N’ performance version of the Ioniq 5

Hyundai is offering a solar roof on the Ioniq 5, which is capable of producing 210 watts per hour of energy for the main battery—equivalent to more than 800 miles annually, Hyundai said.

With a vehicle-to-load function, the Ioniq 5 can turn into “a charger on wheels,” according to Hyundai, with up to 3.6 kw of power to operate camping accessories or tools from outlets inside and outside the vehicle. Hyundai also notes that with a converter owners can charge “high-power electric equipment”—likely a hint to home energy storage devices and other backup-power possibilities.

The Ioniq 5 can support both 400V and 800V fast-charging, and its multi-charging system will effectively step up the voltage with 400V hardware to achieve fast, stable charging. On CCS DC fast-charge hardware rated at 350-kw, the Ioniq can get from 10% to 80% in just 18 minutes, and based on WLTP range numbers it can recover 62 miles of range in five minutes.

The Ioniq 5 interface has a “dual cockpit” layout consisting essentially of two 12.0-inch displays side by side. The hoodless one just ahead of the driver is a customizable instrument cluster, while the one toward the middle of the dash is a touchscreen. Hyundai’s been mum on details, but it says the system is the first to integrate a Jong-e graphic user interface (GUI) that can coordinate themes with ambient lighting, in what sounds a bit like what’s offered on the Volkswagen ID.4.

For the first time in any Hyundai, the Ioniq 5 includes an augmented-reality head-up display. It essentially turns the windshield into a display screen, Hyundai says, where it can help the driver focus on avoiding a safety hazard or navigating through a complex intersection.

The Ioniq 5 also comes with the company’s Highway Driving Assist 2 (HDA 2), which for the first time permits the driver to change lanes with only the flick of the turn signal. There’s also a full suite of driver-assistance and active-safety features, although that’s likely subject to change when features and pricing are detailed in the coming months.

Hyundai says that the Ioniq will be available in some markets in the first half of the year. It arrives in the U.S. this fall.