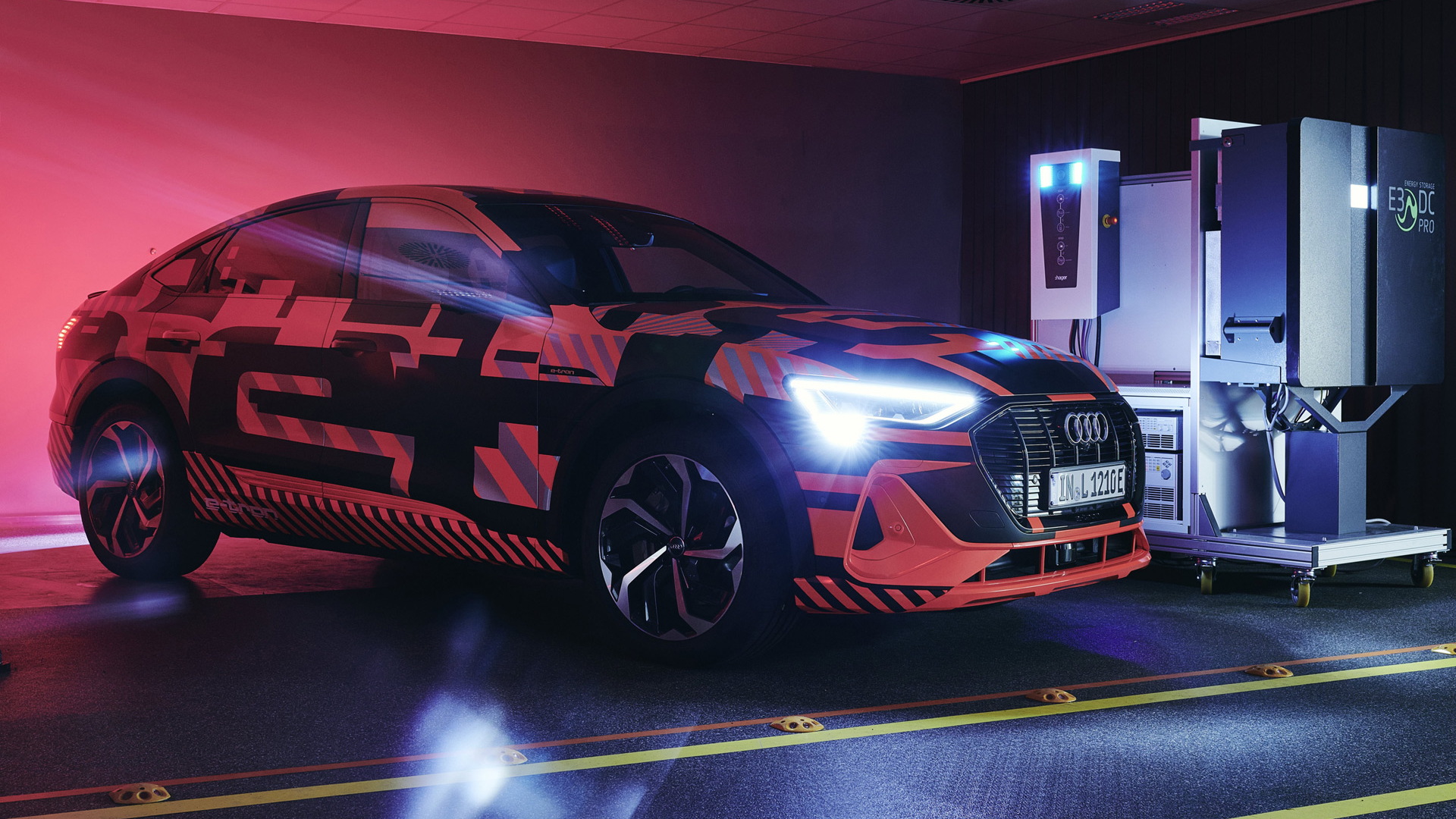 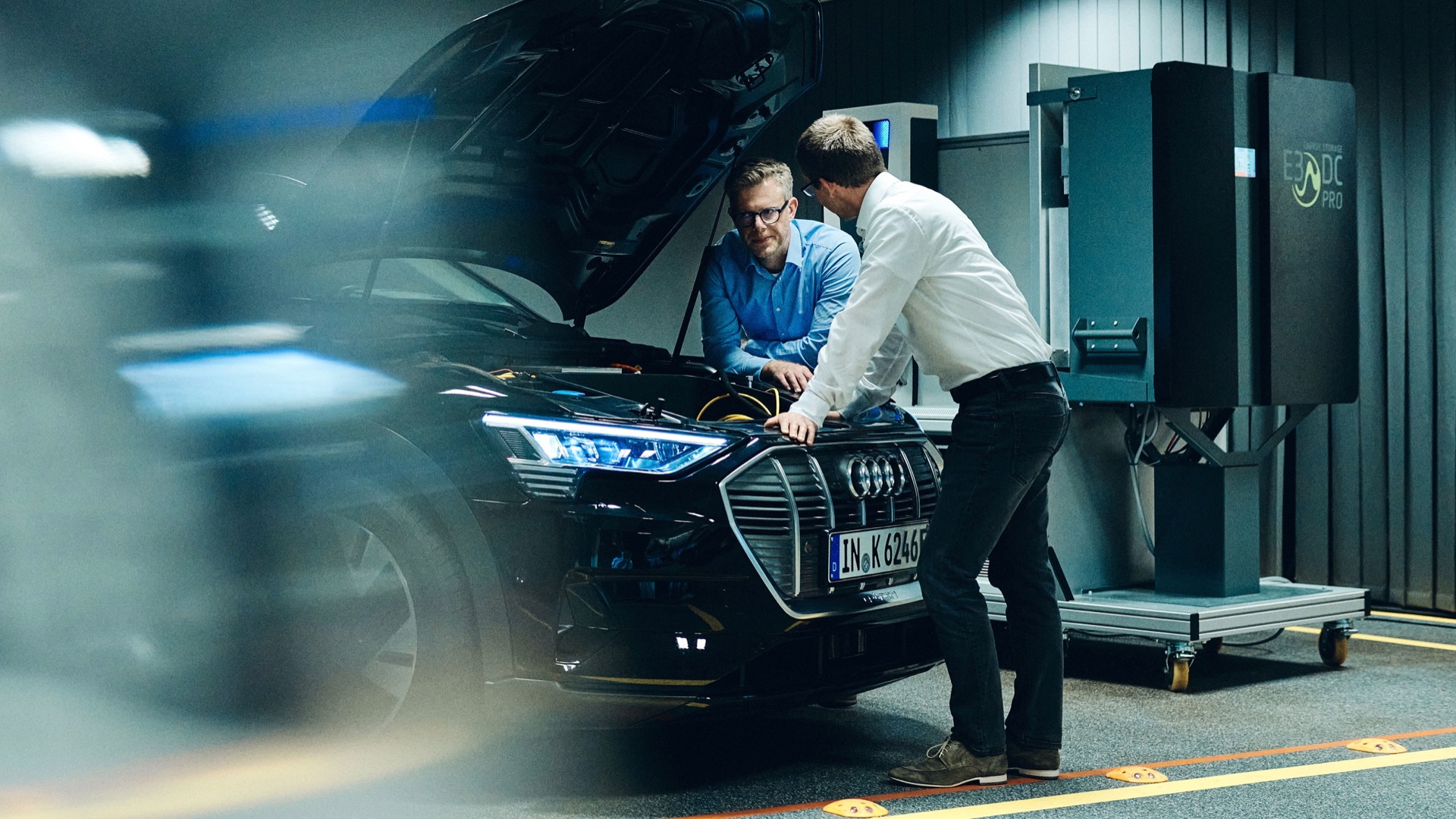 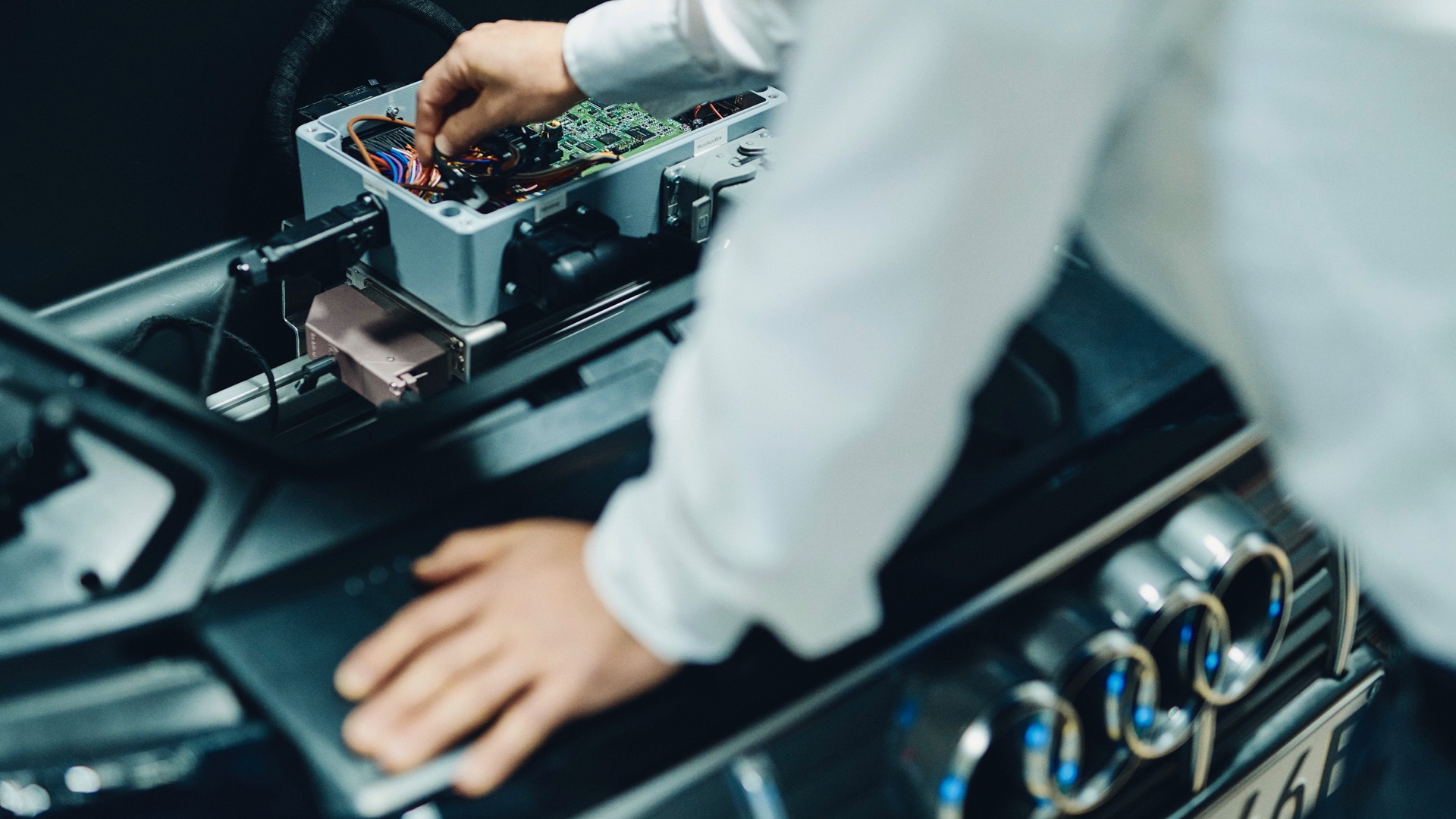 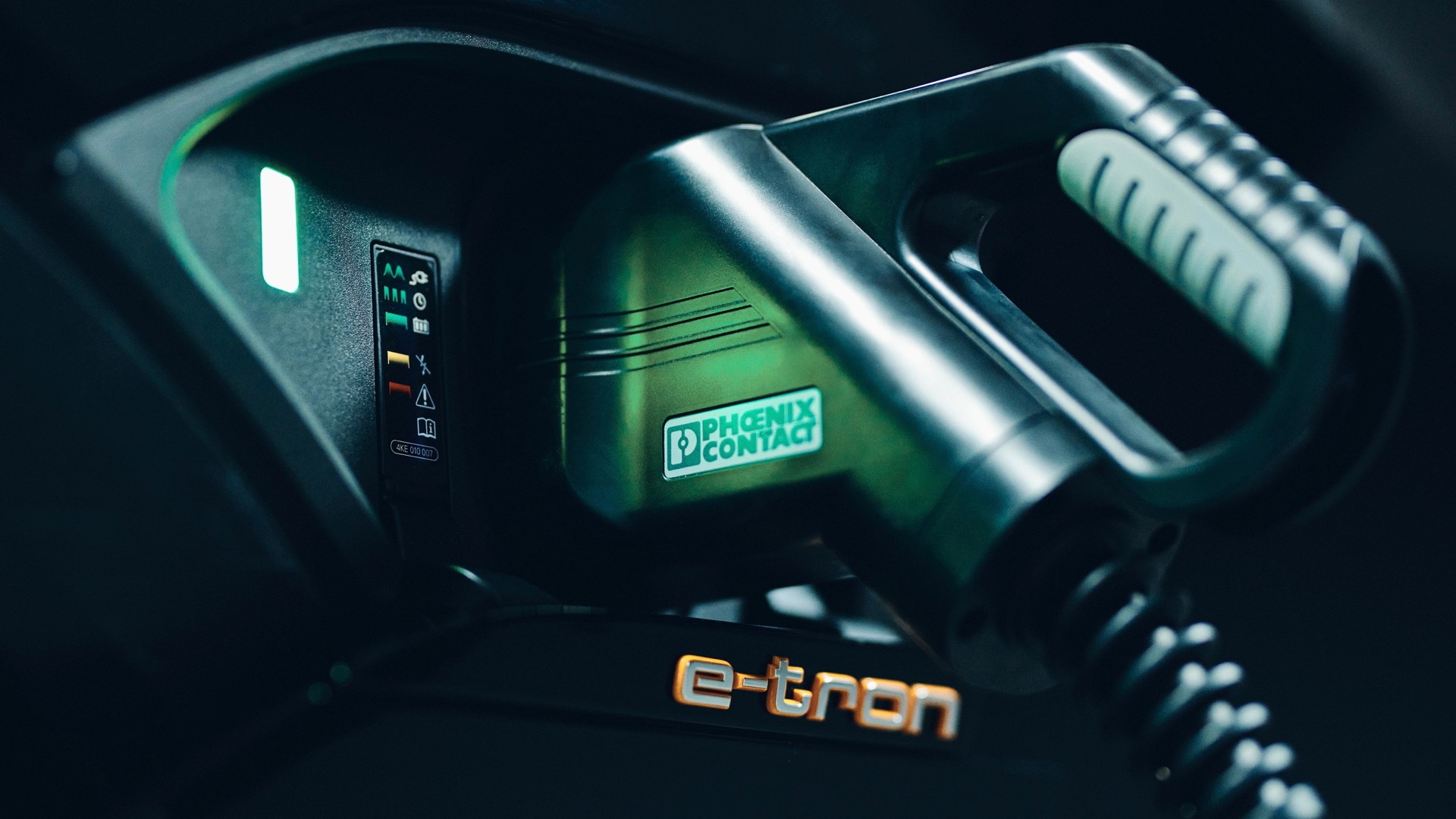 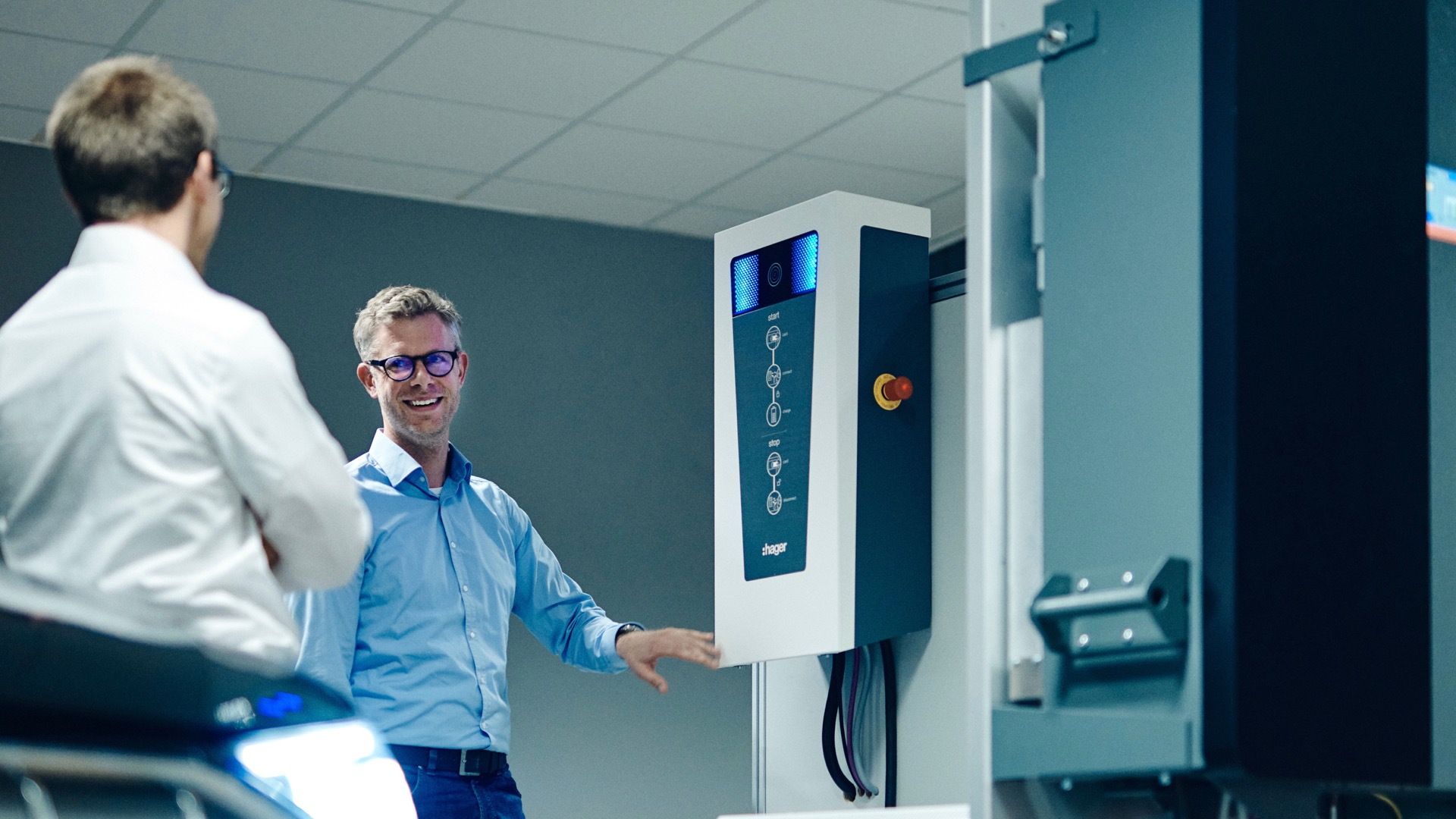 Audi is the latest automaker to experiment with bi-directional charging, which allows electric cars to discharge electricity from their battery packs back into the grid—or to a smart-home energy management system.

Partnering with energy infrastructure company Hager Group, Audi tested a prototype E-Tron Sportback crossover equipped for bi-directional charging, along with a DC wall box capable of charging at up to 12 kilowatts, and a 9.0-kilowatt-hour home energy-storage battery pack.

The setup demonstrates possible future applications of bi-directional charging. Homes with photovoltaic solar arrays can use a car's battery pack to hold excess electricity, which can be used later. The car can also act as an emergency backup power source during blackouts, Audi noted.

In addition to this use case, known as vehicle-to-home (V2H), cars could be used as an extension of the electricity grid. In vehicle-to-grid (V2G) applications, fleets of electric cars could potentially help "balance" the grid by absorbing excess energy during periods of low demand, and discharge it during periods of high demand.

However, it's unclear what Audi's future plans even for Europe are beyond this one-off test. Audi of America told Green Car Reports that in the U.S. bi-directional charging is a long-term goal, and while the standards aren't yet in place the idea is under consideration and in development.

Audi executives have previously confirmed that the E-Tron's battery and charging systems were designed for bi-directional capability but standards and home hardware are the bottlenecks.

Manufacturers of charging equipment are also beginning to consider V2H and V2G functionality, however. Wallbox is expected to offer bi-directional charging functionality in the U.S., with its Quasar unit for the Nissan Leaf, before the end of the year.

CHAdeMO was compatible with bi-directional charging from the start. CCS isn't quite there with supporting hardware, although the goal is to have that capability by 2025.

Many studies over the years have shown that while peak/off-peak charging, and smart networked charging, are a start, V2H and V2G could take grid stabilization to a next level. That includes a 2017 study by BMW and California utility Pacific Gas & Electric. Using a fleet of roughly 100 BMW i3 hatchbacks, it showed that electric cars could aid the grid.