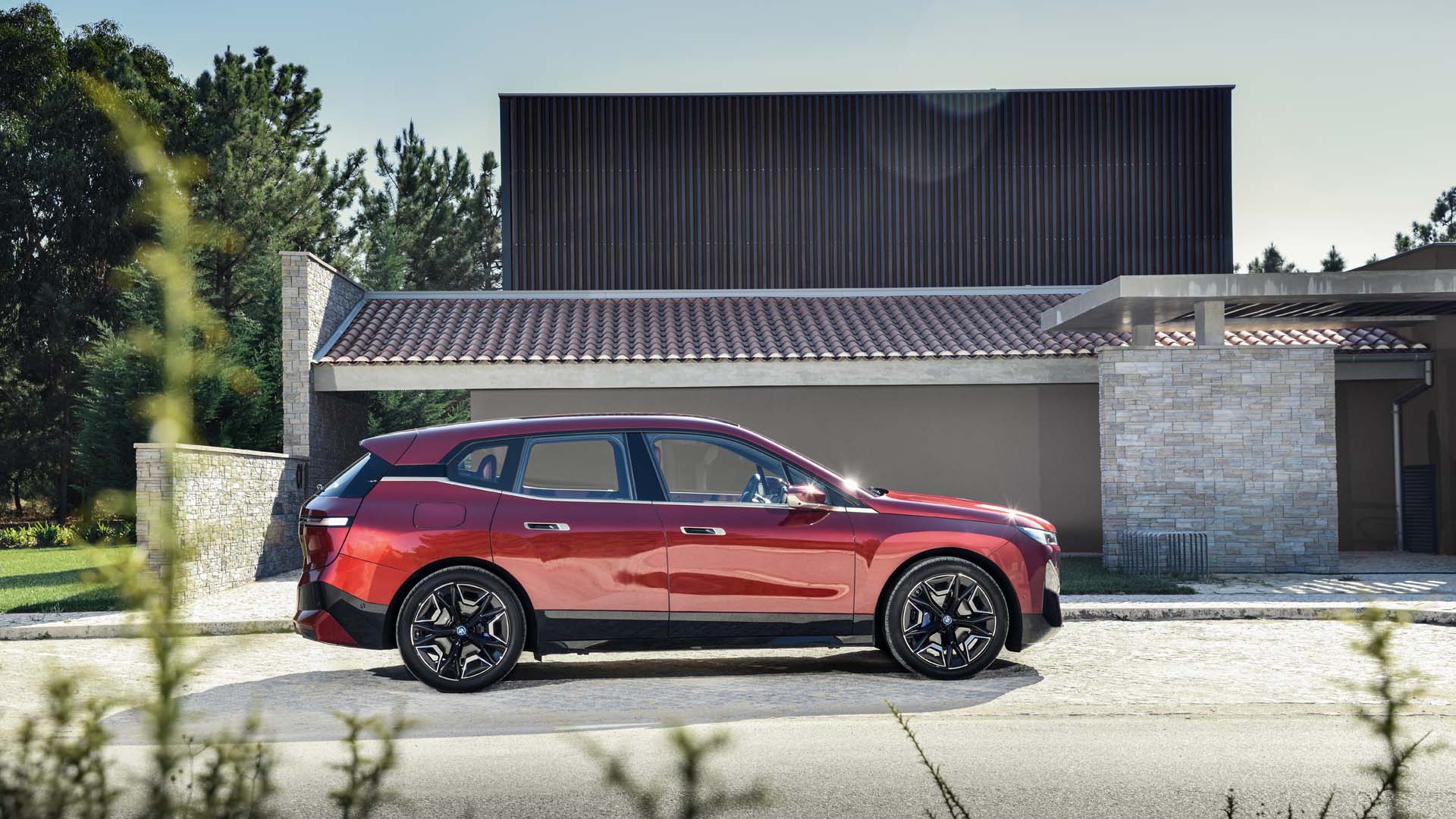 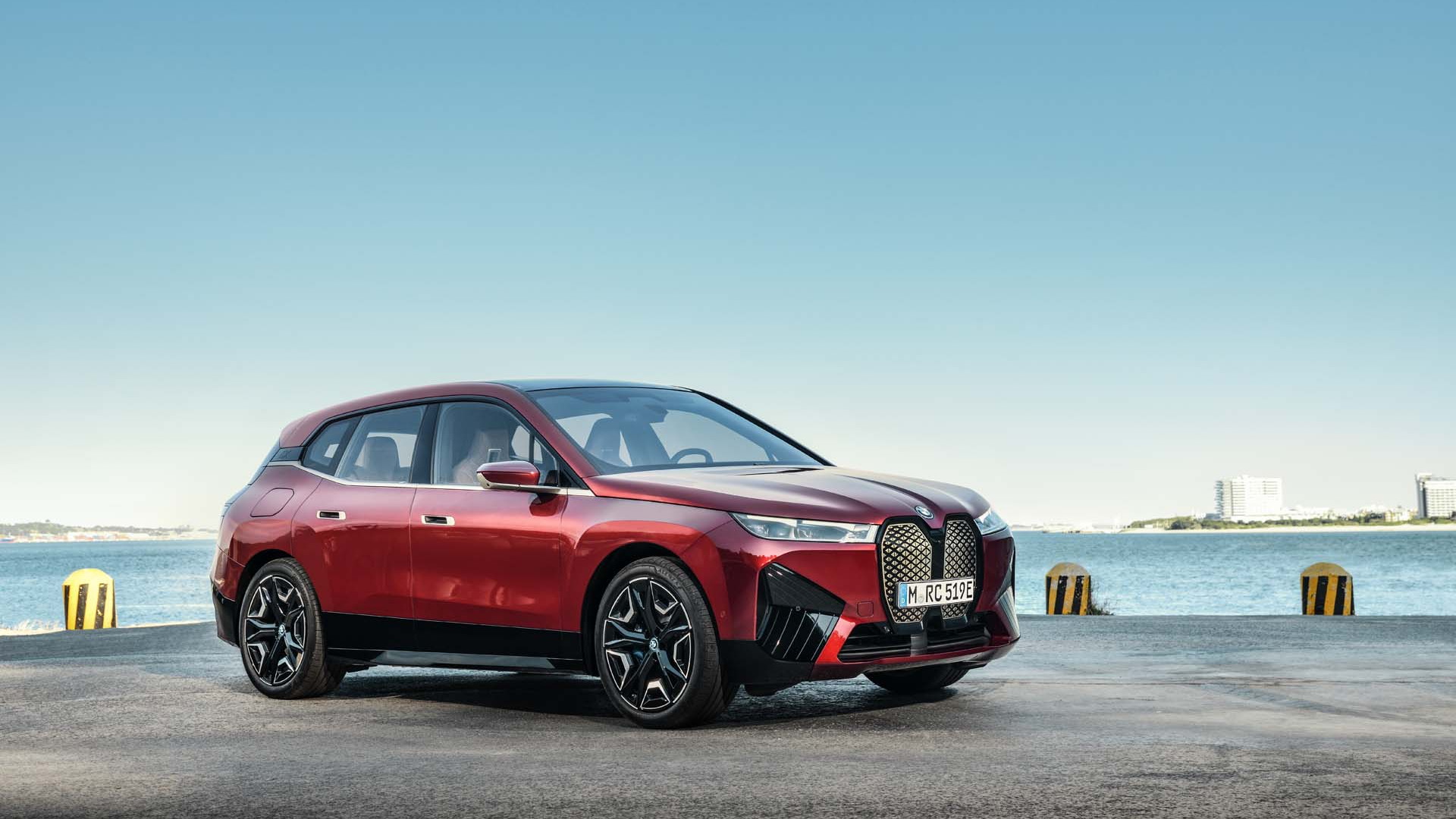 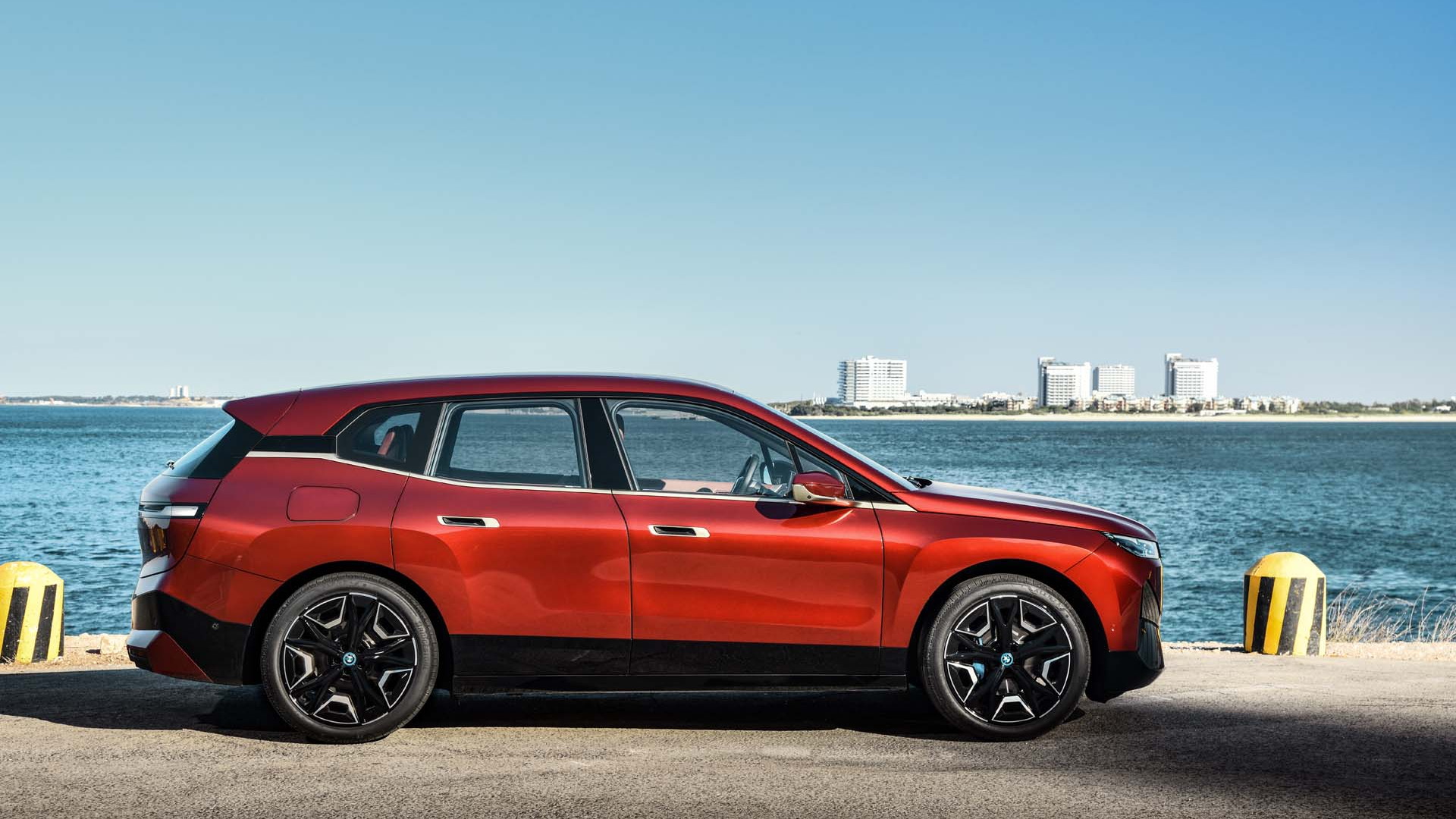 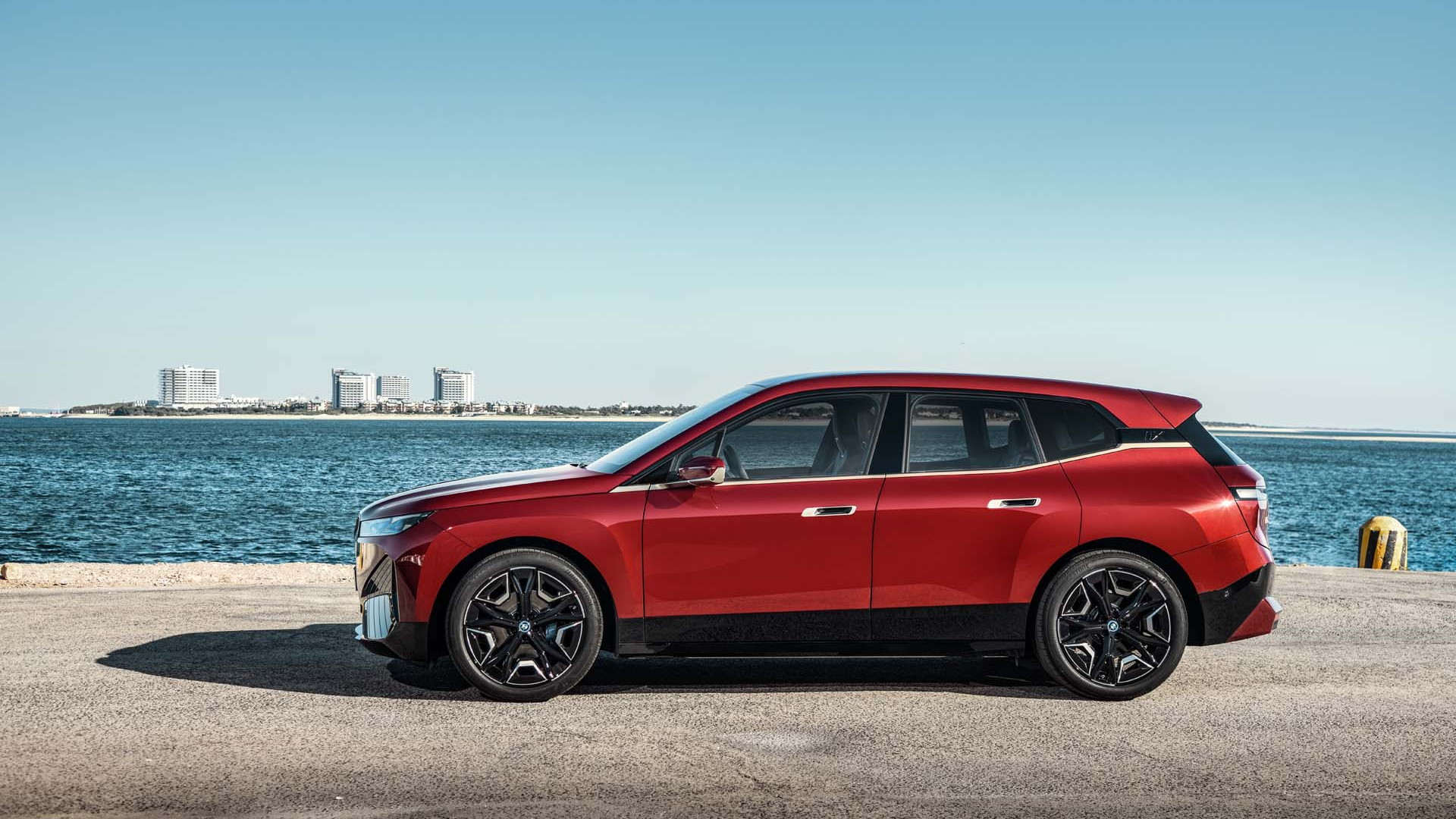 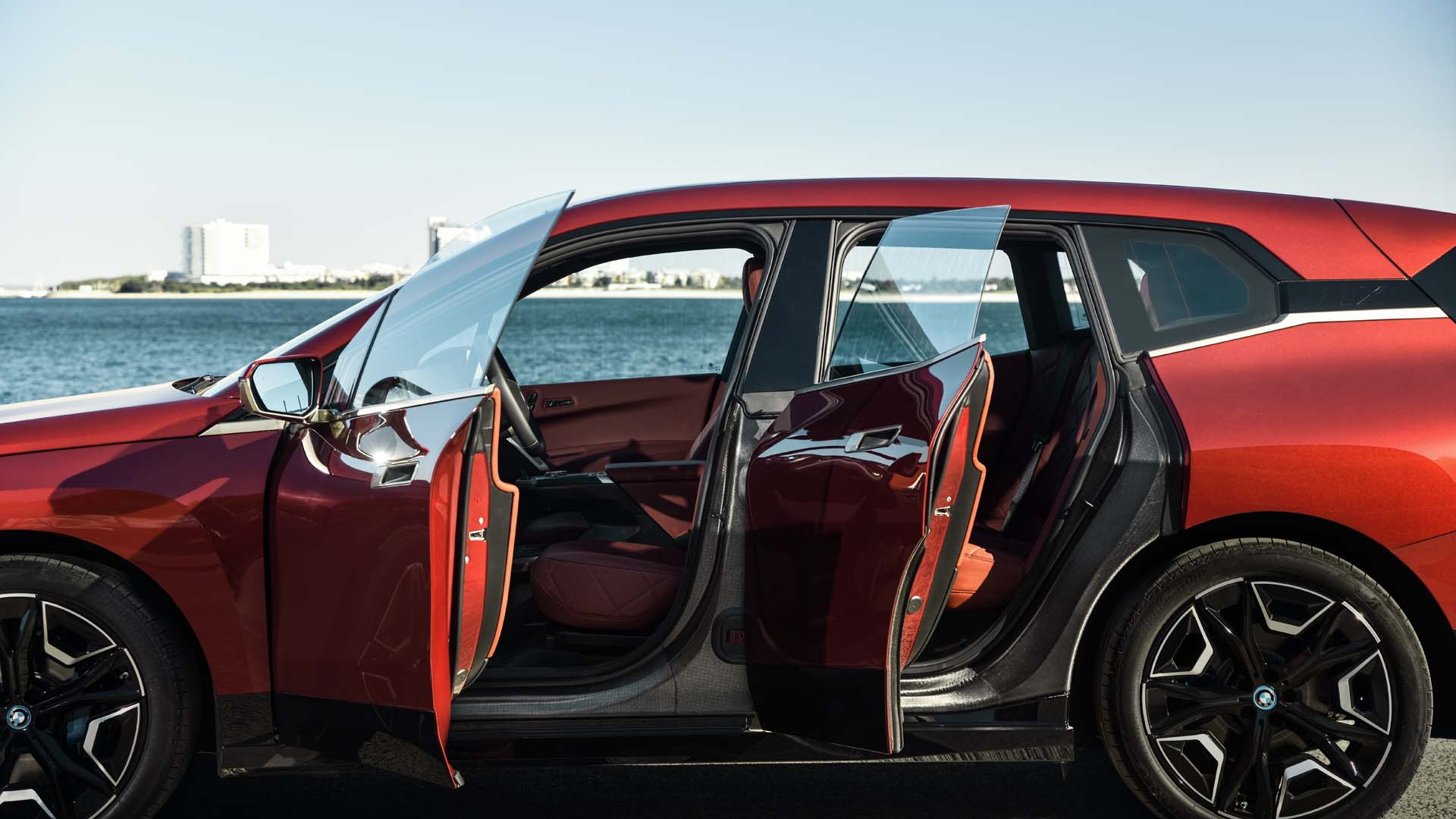 The big, fully electric SUV from BMW is one step closer with an announcement Tuesday confirming its U.S. arrival.

Pricing for the 2022 BMW iX, which will rival the Tesla Model X, Audi E-Tron, and the upcoming Mercedes-Benz EQS SUV, hasn’t yet been detailed. But BMW North America tips that the model is expected to start in the mid $80,000s, with pre-ordering starting in June and first deliveries due in early 2022.

The dual-motor system makes a combined output of about 500 hp, and BMW says that for both of these drive systems, the motor, power electronics, and gearbox are packaged within a single housing—with a 30% boost in power density versus BMW’s earlier EV drive systems.

The iX xDrive50, as it will be sold in the U.S., will accelerate to 62 mph in 5.0 seconds and reach 124 mph. Costing and adaptive modes make brake regeneration fit what the driver expects. Altogether, the driver can select from high, medium, or low regeneration, with the ‘B’ position eliminating “creep” and introducing more one-pedal driving characteristics.

Expect about a 300-mile EPA range, based on preliminary estimates from BMW, from the 100-kwh (gross) liquid-cooled battery pack, which is packaged entirely under the passenger floor. DC fast charging at up to 200 kw promises speedy top-offs on road trips, permitting it to regain more than 75 miles of range in 10 minutes, or get from 10% to 80% in under 40 minutes. Level 2 home charging can get the iX from empty to full in less than 11 hours, using the 11 kw onboard charger.

The 2022 BMW iX will be the debut vehicle for an eighth-generation BMW iDrive system, featuring dual screens—including a 14.9-inch central one—plus a head-up display and natural-language voice commands. It’s also expected to get much-expanded EV-specific functions for planning charging stops, but those haven’t yet been detailed.

With this generation of its EV architecture, BMW also wears sustainability on its sleeve. The iX has wound motors that aren’t dependent on rare-earth materials, and the proportion of cobalt in the battery cells’ cathode material was cut to less than 10%.

BMW notes that the cobalt and lithium for those cells is procured directly by the company. Lithium comes from Australia, it says, and while the cobalt doesn’t come from the Democratic Republic of Congo, a pilot program there might provide future socially sustainable mining.

For both vehicle manufacturing and battery-making, BMW is using electricity from renewables both for the vehicles and battery casings, and asking battery cell makers to use electricity from renewable sources. It’s also procuring the aluminum casings for its motors from a facility in the United Arab Emirates that supplements its production with solar. And the body itself is aluminum-intensive plus a “carbon cage.” Up to 50% of its aluminum from secondary (recycled) sources.

BMW says that each iX includes about 132 pounds of recycled plastic. The carpeting and floor mats are made of a synthetic yarn, from recycled nylon waste from fishing nets, with a process that emits about 80% of conventional nylon. More than 20% of the thermoplastics in the iX are of recycled material.

Globally, BMW aims to have 25 new “electrified” models on sale by 2023, with the majority of those all-electric. Even after BMW decided not to bring the iX3 compact electric crossover to the U.S., the iX is the first of two new fully electric vehicles due to arrive in the U.S. by the end of 2022. The second is the Model 3–sized BMW i4 that aims to outdo the Model 3 in handling, if not range.