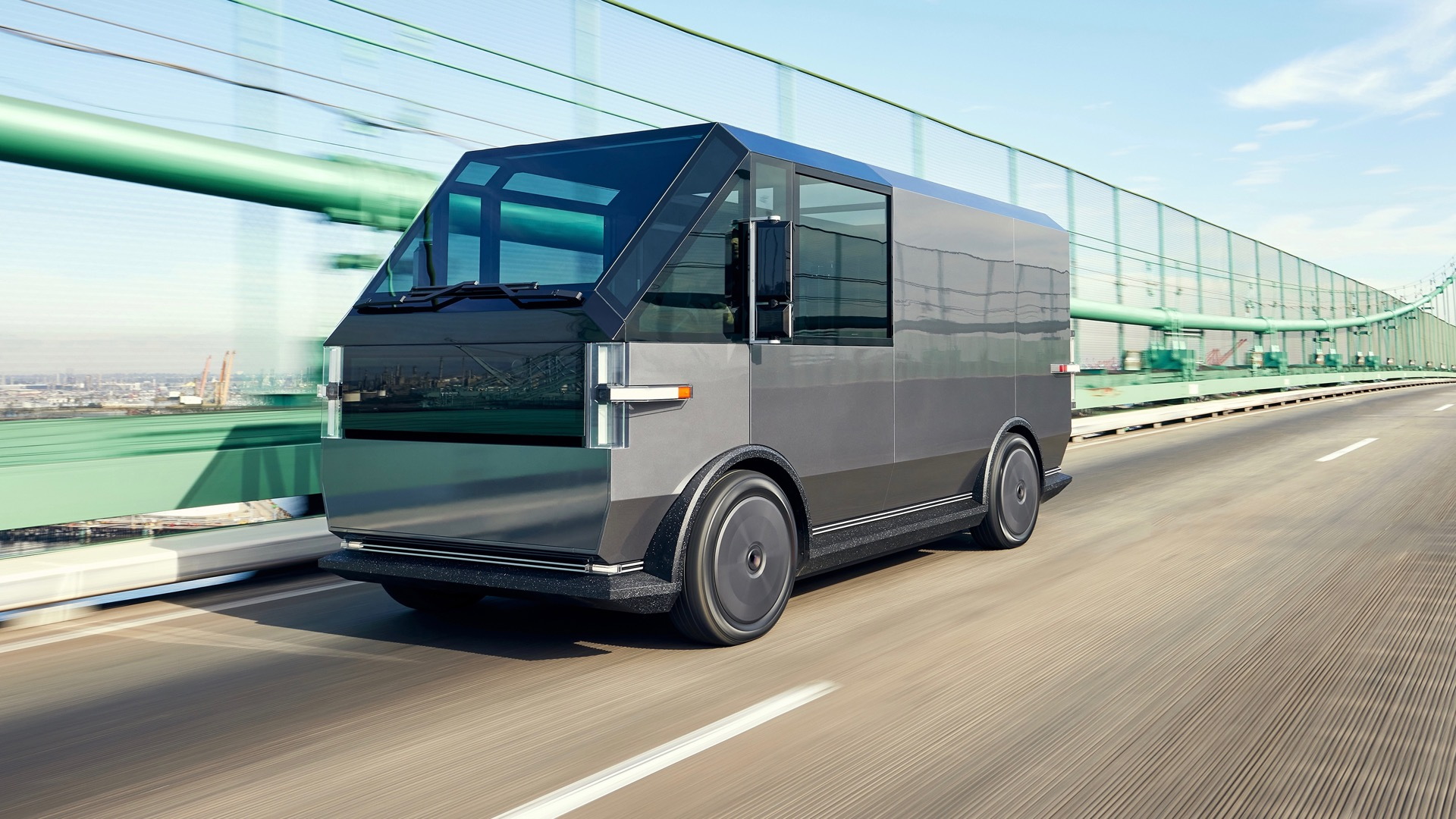 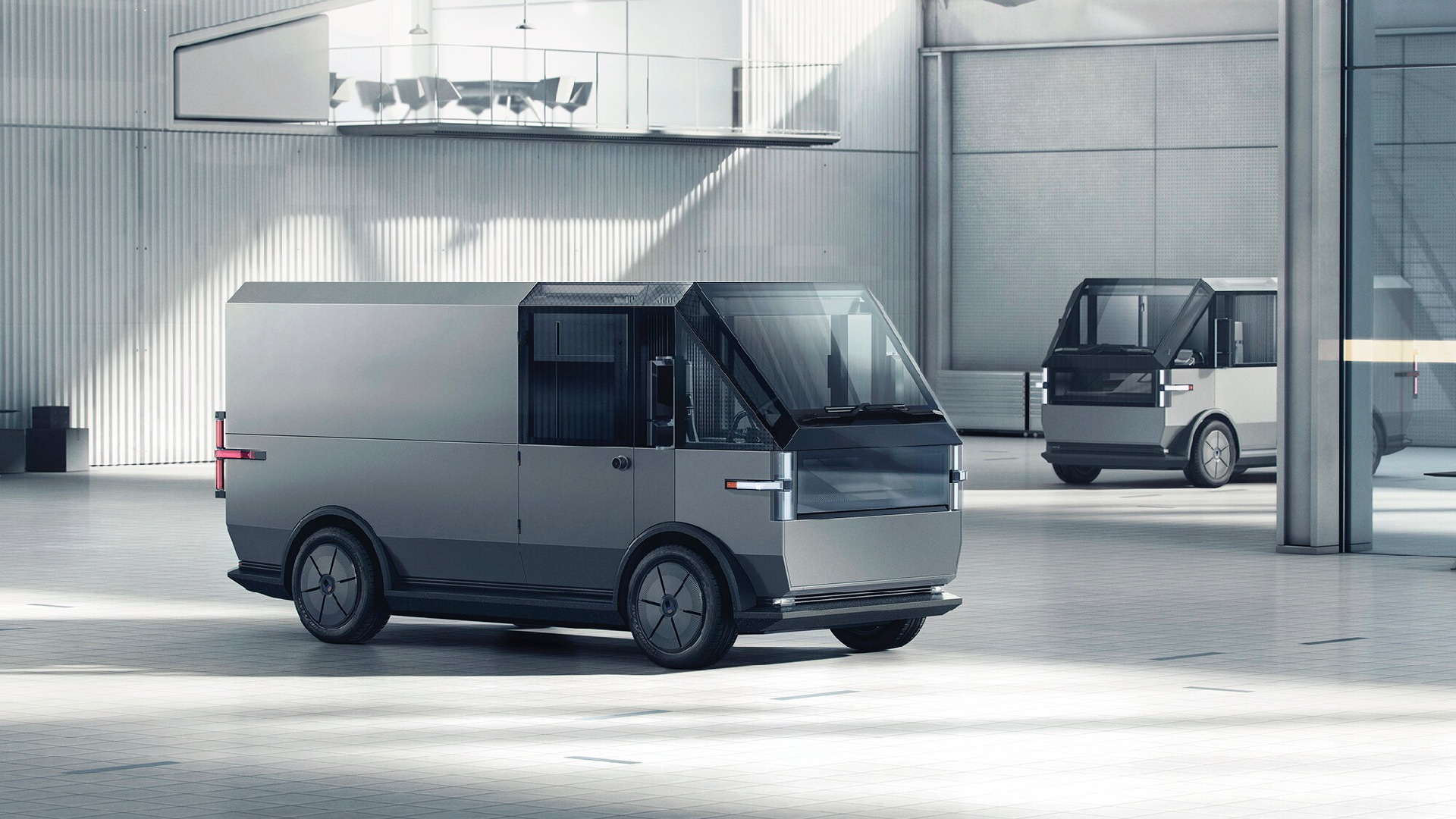 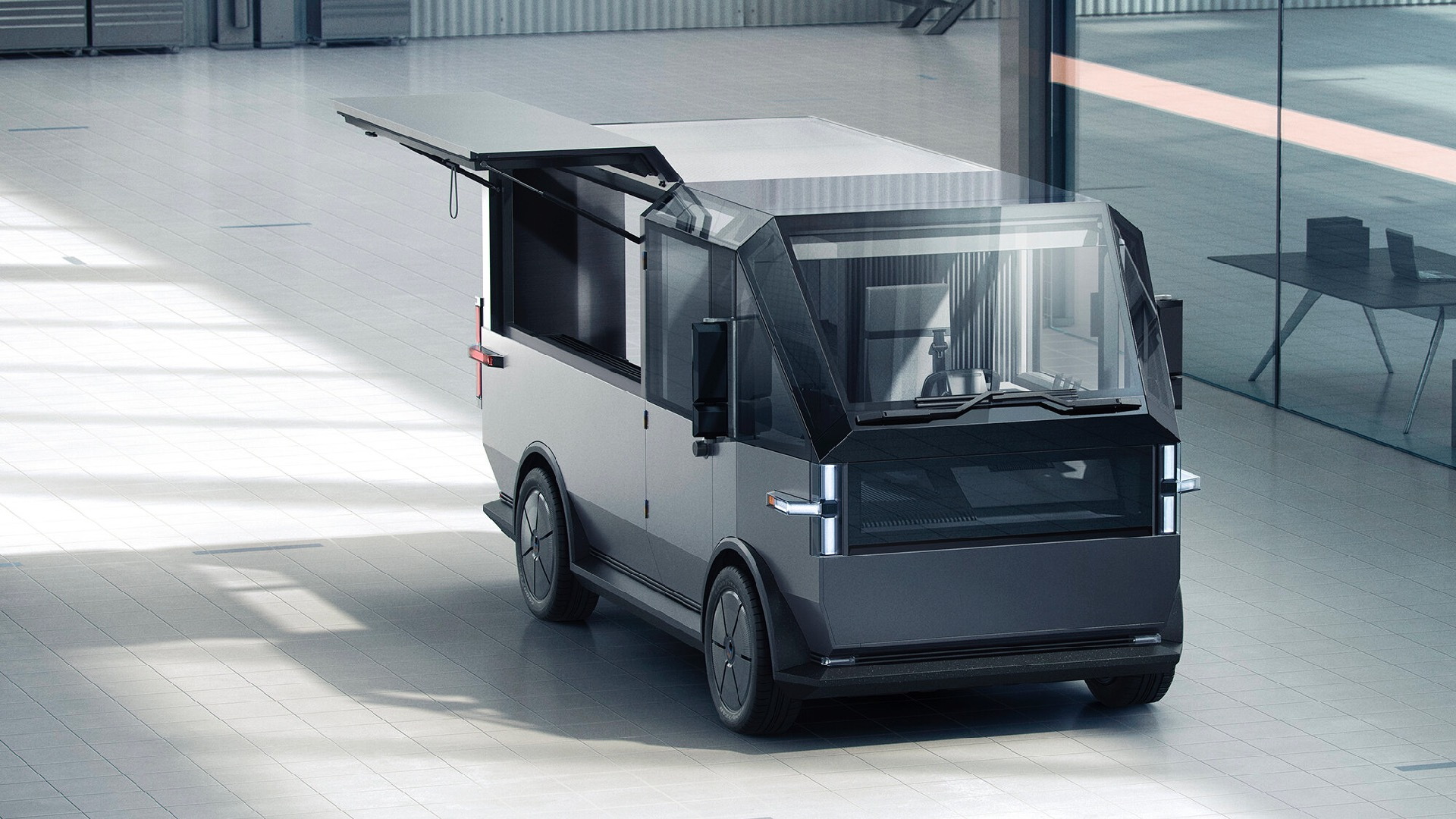 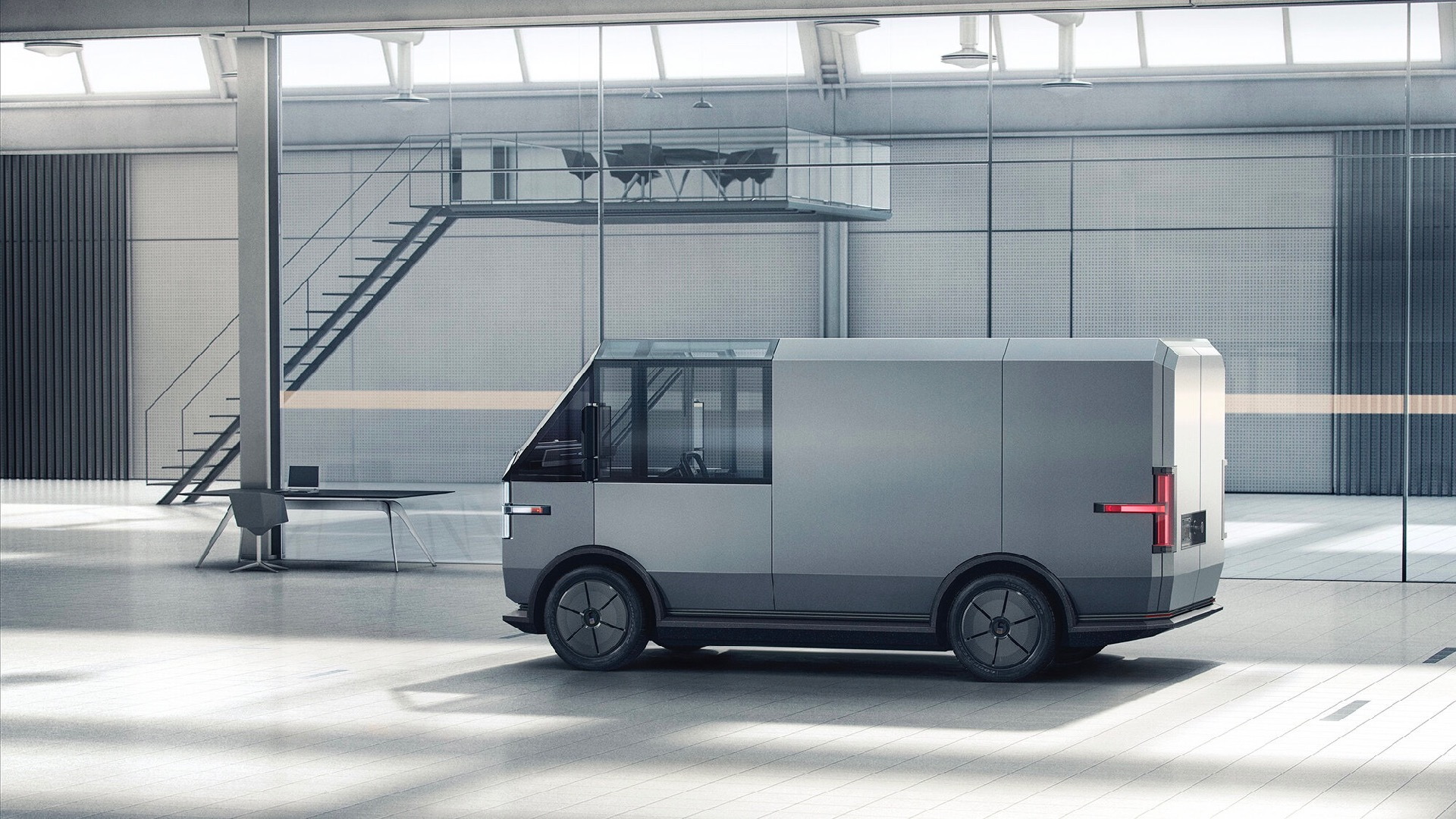 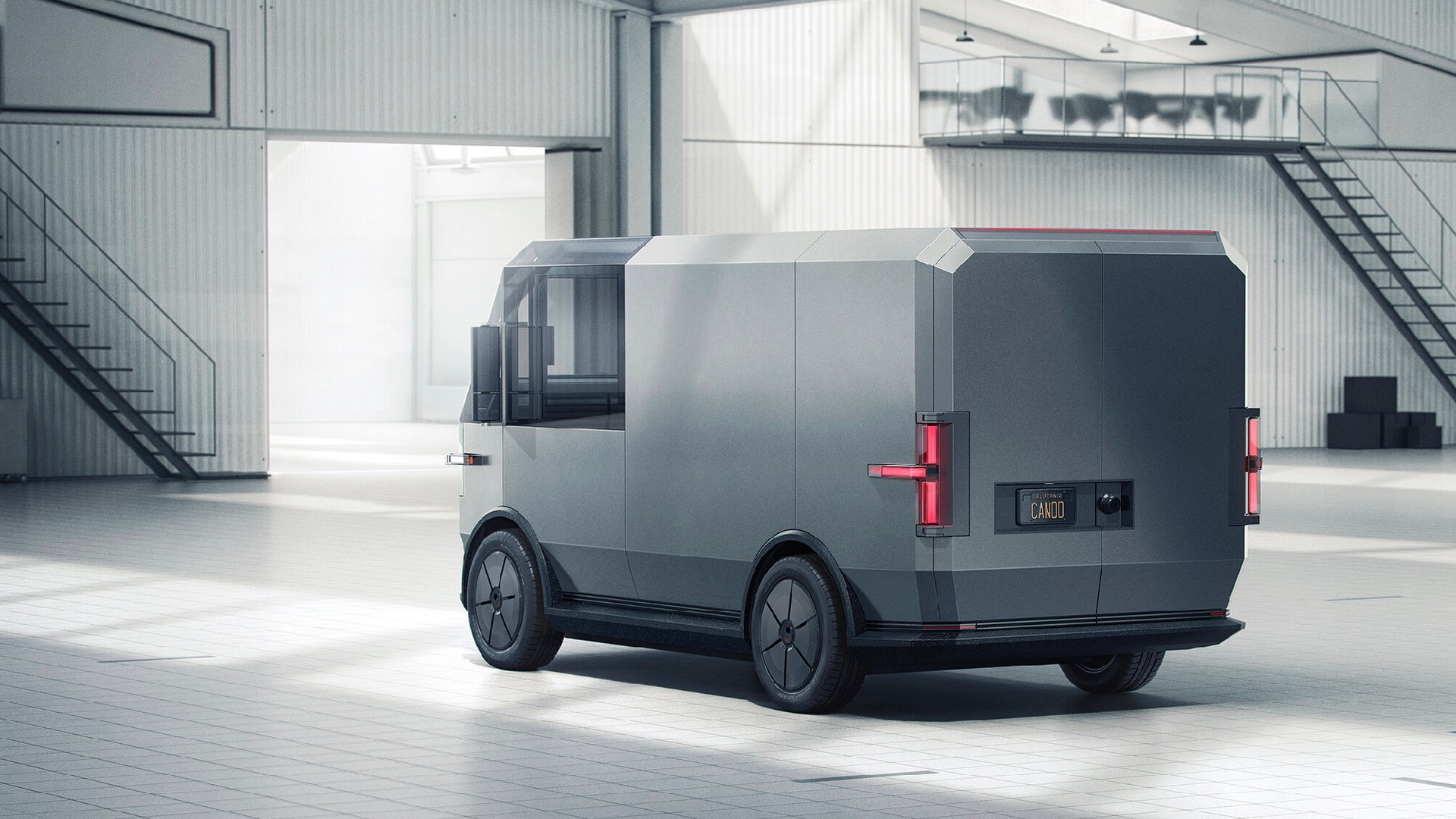 Canoo on Thursday unveiled its second electric vehicle—a delivery van. It will enter limited production in 2022, followed by full-scale production in 2023, with a starting price of $33,000, the startup said in a press release.

The van uses the same "skateboard" platform as the people carrier Canoo unveiled late last year. The platform was always meant to support multiple body styles, with Canoo teasing a delivery van as far back as 2018, then again earlier this year.

Canoo believes the packaging efficiencies of an electric powertrain, as well as lower operating costs compared to gasoline or diesel vans, will make its delivery vehicle attractive to commercial fleets. Similar thinking has led fellow startups Rivian and Arrival, as well as established automakers like Ford and Mercedes-Benz, to develop electric vans.

Similar to internal-combustion vans, Canoo will offer low-roof and high-roof versions of its EV, dubbed MPDV1 and MPDV2, respectively. A third, larger, version called MPDV3 is on the way as well. It will also offer 40-kilowatt-hour, 60-kwh, and 80-kwh battery packs, with EPA-estimated range of 130 miles, 190 miles, and 230 miles, respectively, for the MPDV1 version.

With the largest battery pack, DC fast charging can accomplish a 20% to 80% charge in 30 minutes, Canoo said. Vans will also be equipped with 120-volt and 240-volt AC power outlets to run tools or electronic devices.

The MPDV models are front-wheel drive, with a single electric motor providing 200 horsepower and 236 pound-feet of torque.

Canoo said its skateboard platform's steer-by-wire system will give the vans a tight turning radius, while efficient packaging will allow for 30% more cargo volume than similarly-sized internal-combustion vans, as well as a low 17-inch step-in height, according to the company.

Canoo also said it will partner with businesses on customized vehicles. The flat-sided delivery van seems well suited to the canvas wraps Canoo previously demonstrated as a way to brighten up its passenger van. However, marketing of the delivery van will likely stray from the model the company otherwise plans, which is focused around subscriptions (and Tesla-style referrals).

The timing of this reveal is ahead of a formality that will result in Canoo trading on the NASDAQ in the near future. Canoo is one of several EV startups attempting to go public without having delivered a single customer vehicle.

The 7-passenger van, which was driven by Jay Leno earlier in the year, appears as a far-off concept vehicle, although the company claims that it will move ahead to production with much the same look and features in 2021.