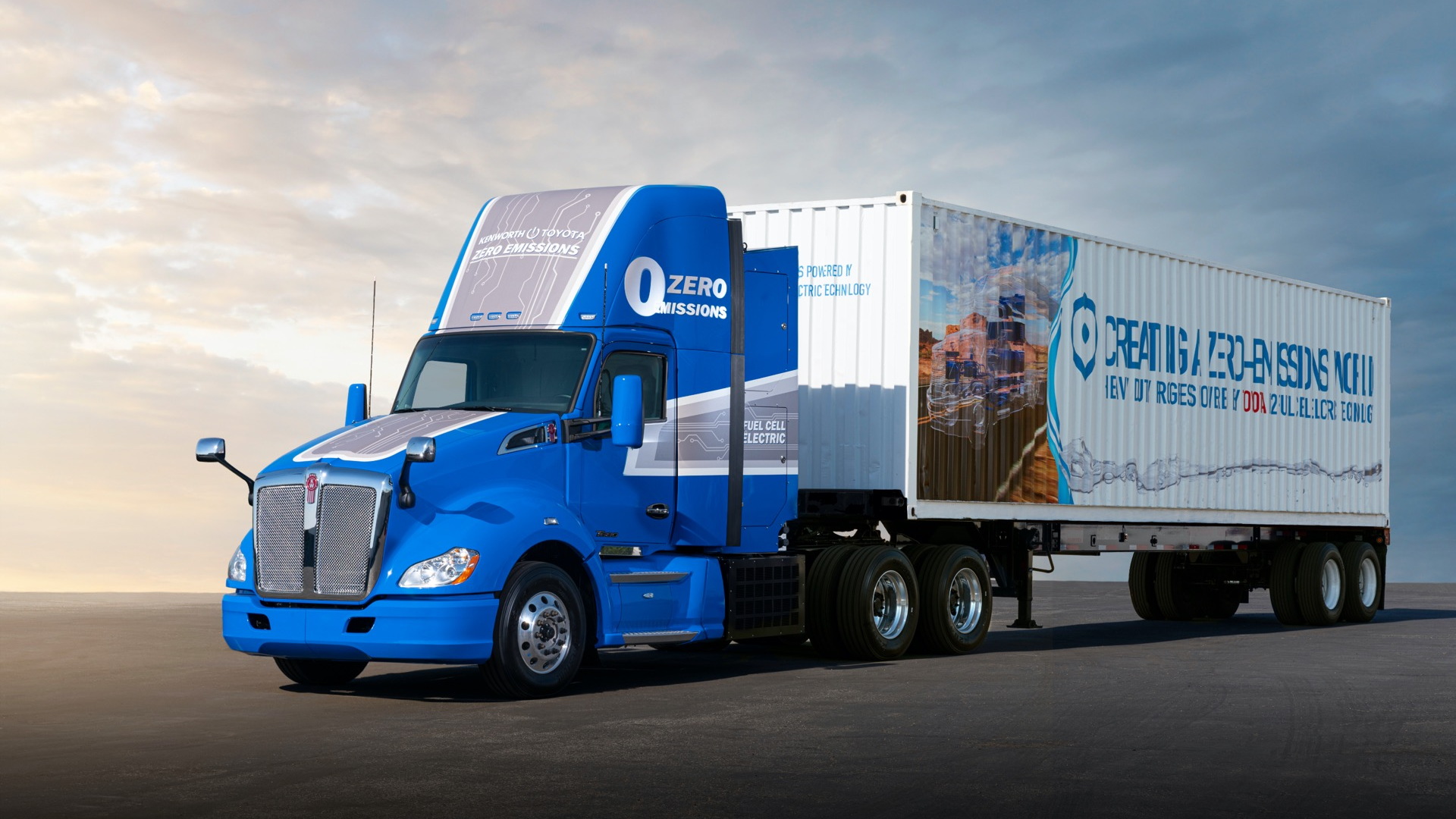 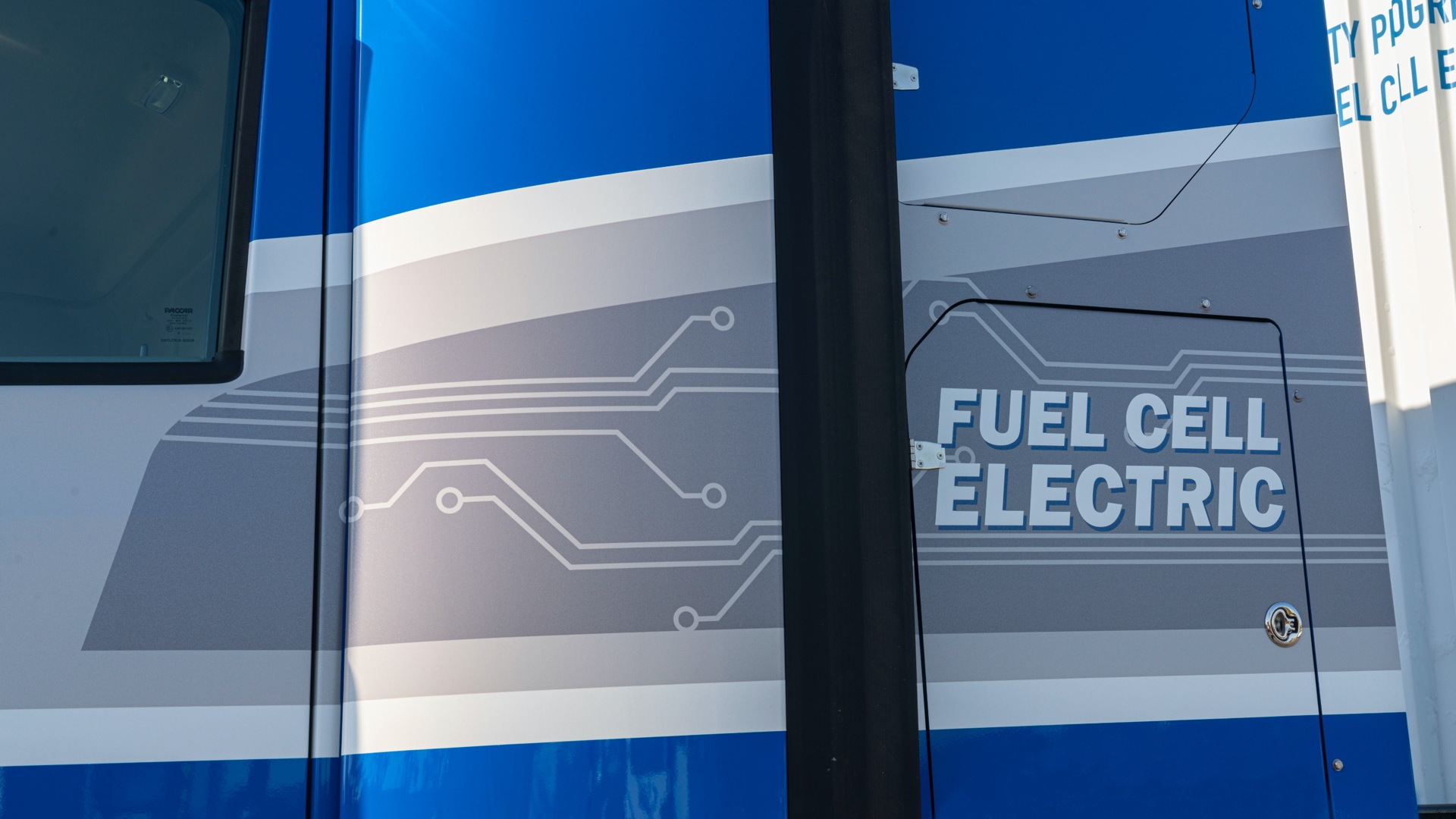 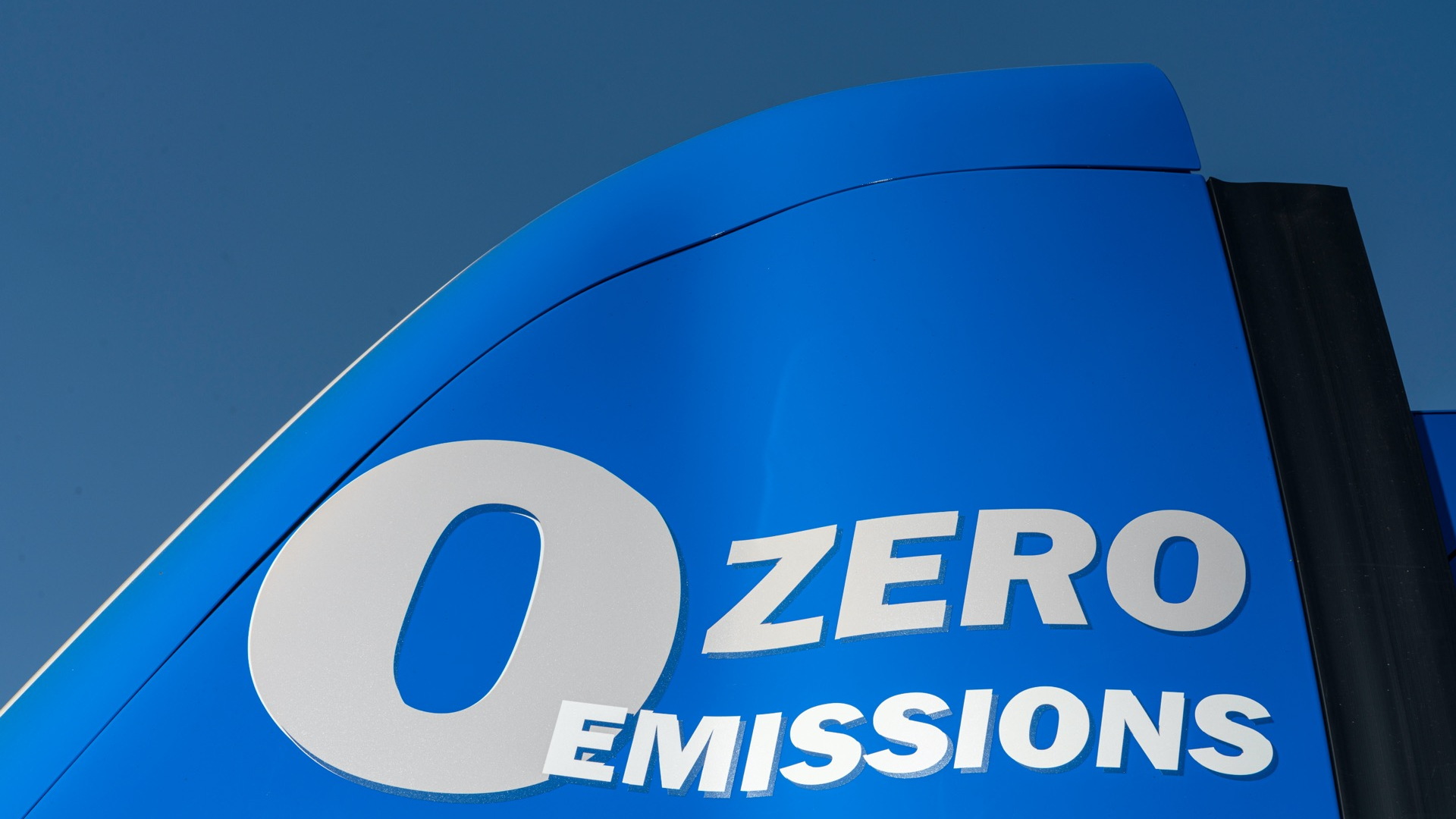 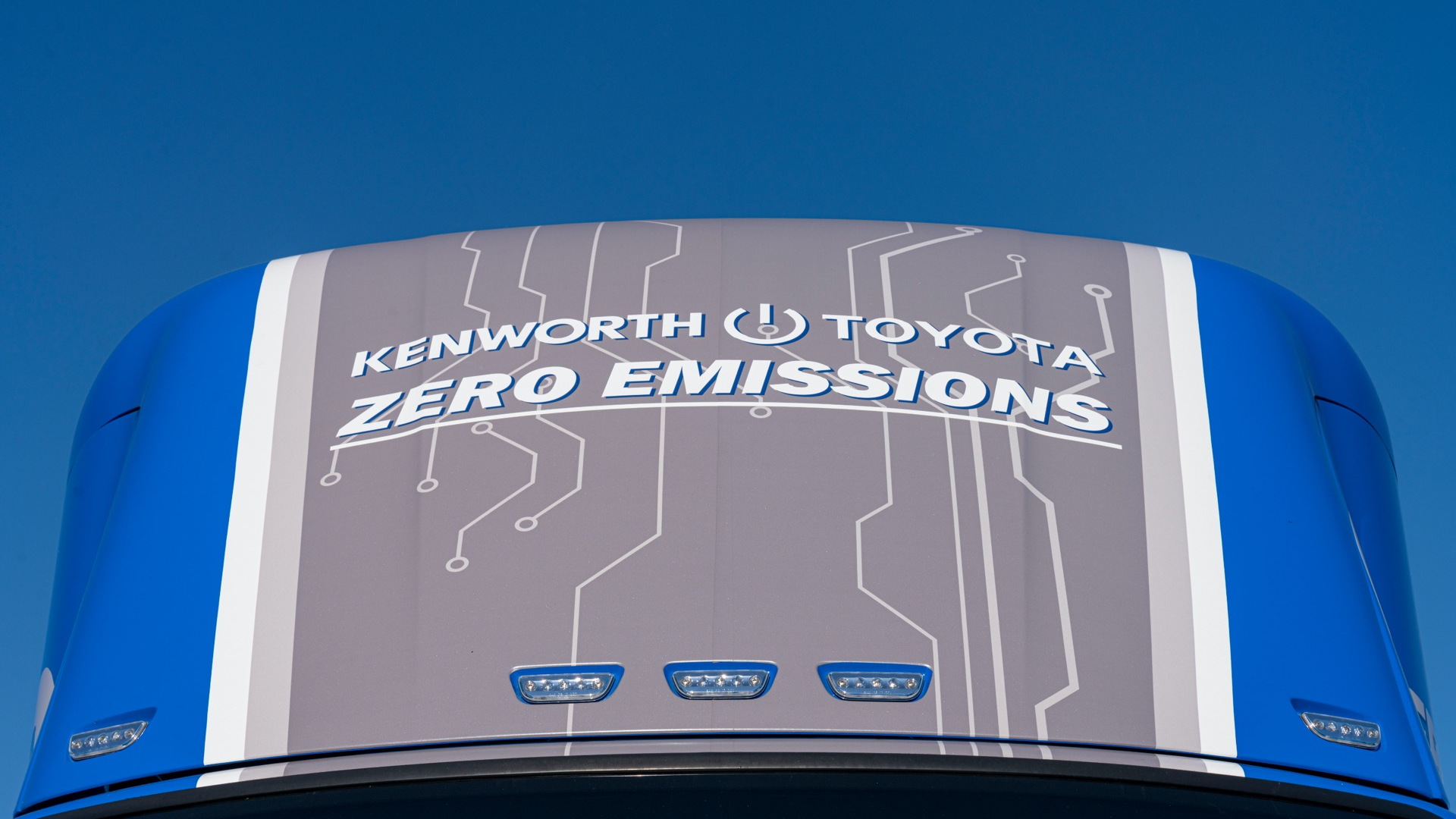 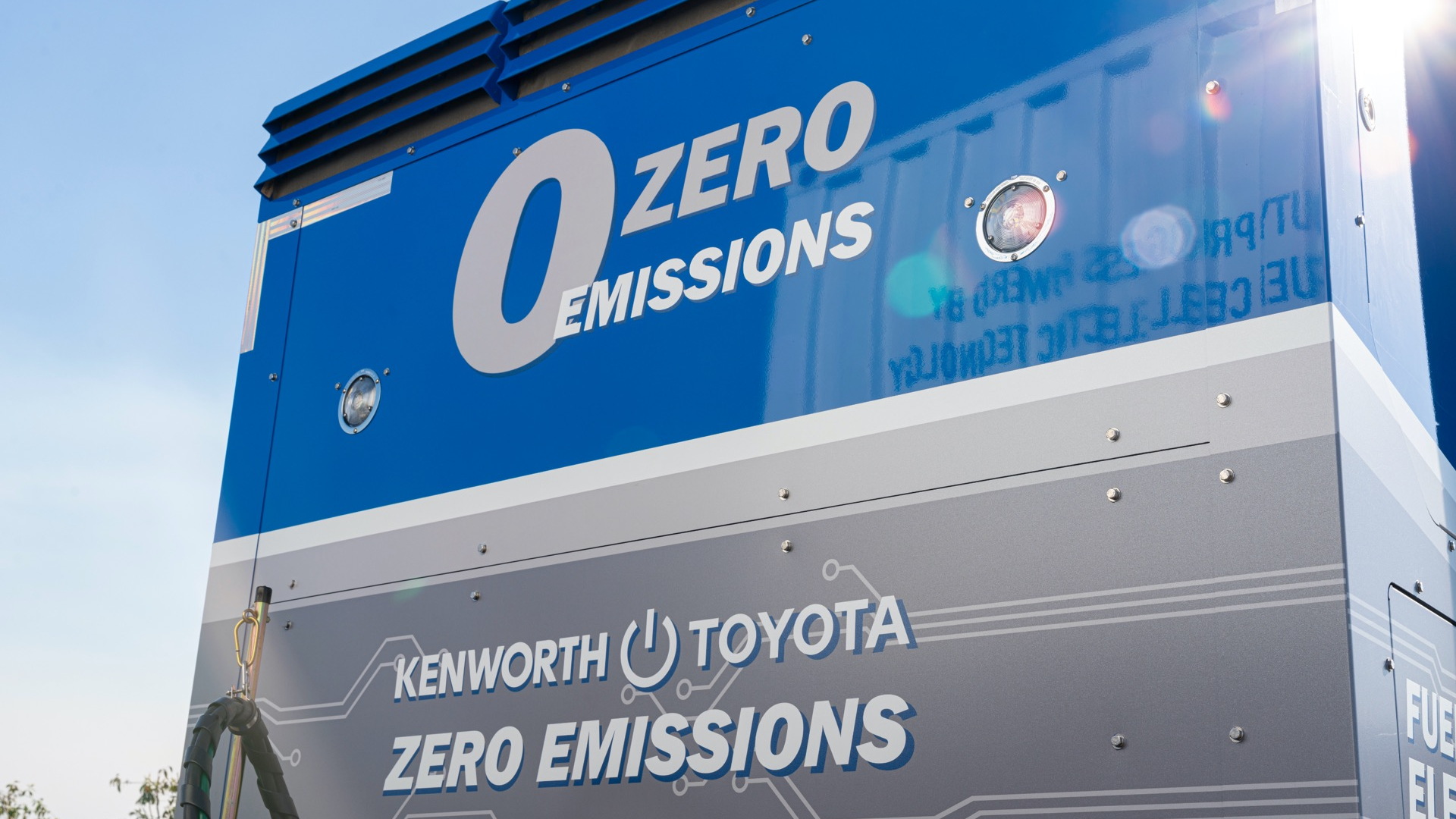 Toyota has renewed its commitment to hydrogen fuel-cell technology for powering big Class 8 electric trucks, and with some advances it’s hoping to expand their use to a lot more than the short-distance port duty they’ve been doing so far.

As it's today delivering the first of a group of 10 trucks from a project announced nearly two years ago, Toyota confirmed that it's working on next-generation prototypes, again based on a Kenworth T680 chassis.

Toyota says that with the same six hydrogen tanks and overall capacity as previous efforts—meaning a total of 60 kg of hydrogen compressed at 10,000 psi—it can now deliver 300 miles of range at a full load weight of 80,000 pounds.

The efficiency gains of these future trucks are clearly due in a large part to Toyota’s next-generation fuel-cell system, which Toyota hasn’t yet actually detailed. The new stack is also what powers the latest 2021 Toyota Mirai, which is due for first deliveries this month. Toyota will also use the stack in a commercial-truck project with Hino to hit an estimated range of 372 miles.

“Our first prototype trucks proved that a fuel-cell electric powertrain was capable of hauling heavy cargo on a daily basis,” said Andrew Lund, the chief engineer at Toyota Motor North America R&D, in a release. “These new prototypes not only use production-intent hardware, they will also allow us to start looking beyond drayage into broader applications of this proven technology.”

To compare the level of progress, the current batch of trucks were also said to be able to cover up to 300 miles (already up from the first truck’s 200 miles), but Toyota made no claims that this was at peak payload.

The trucks being delivered make 670 horsepower and 1,325 pound-feet of torque through one large drive motor, with a 4-speed automatic transmission, and all the typical diesel-truck ancillaries like brake air compressors and heating and cooling are converted to electric. Two 153-hp fuel-cell stacks and a 12-kwh battery pack help handle the bursts up to cruising speed where that peak power is needed.

That effort, funded by California state agencies under a $41 million grant, follows up on an earlier Project Portal experiment with the Port of Los Angeles, and aimed to produce 10 such trucks to be modified for moving containerized freight to and from port. The first two, delivered on Thursday, will go to the Ports of Los Angeles and Long Beach, while Toyota Logistics Services and Southern Counties Express will each get one. Three will go to UPS, two will go to Total Transportation Services, and Toyota Logistics Services will get three.

Although these trucks have stacks from the 2020 Mirai, looking ahead Toyota aims to use more of these stacks from the 2021 Mirai in truck applications. And with the tease about range gains, we’ve reached out to the company for more details about what distinguishes this latest system, which is the missing piece for seeing how these projects fit—or flow—together.