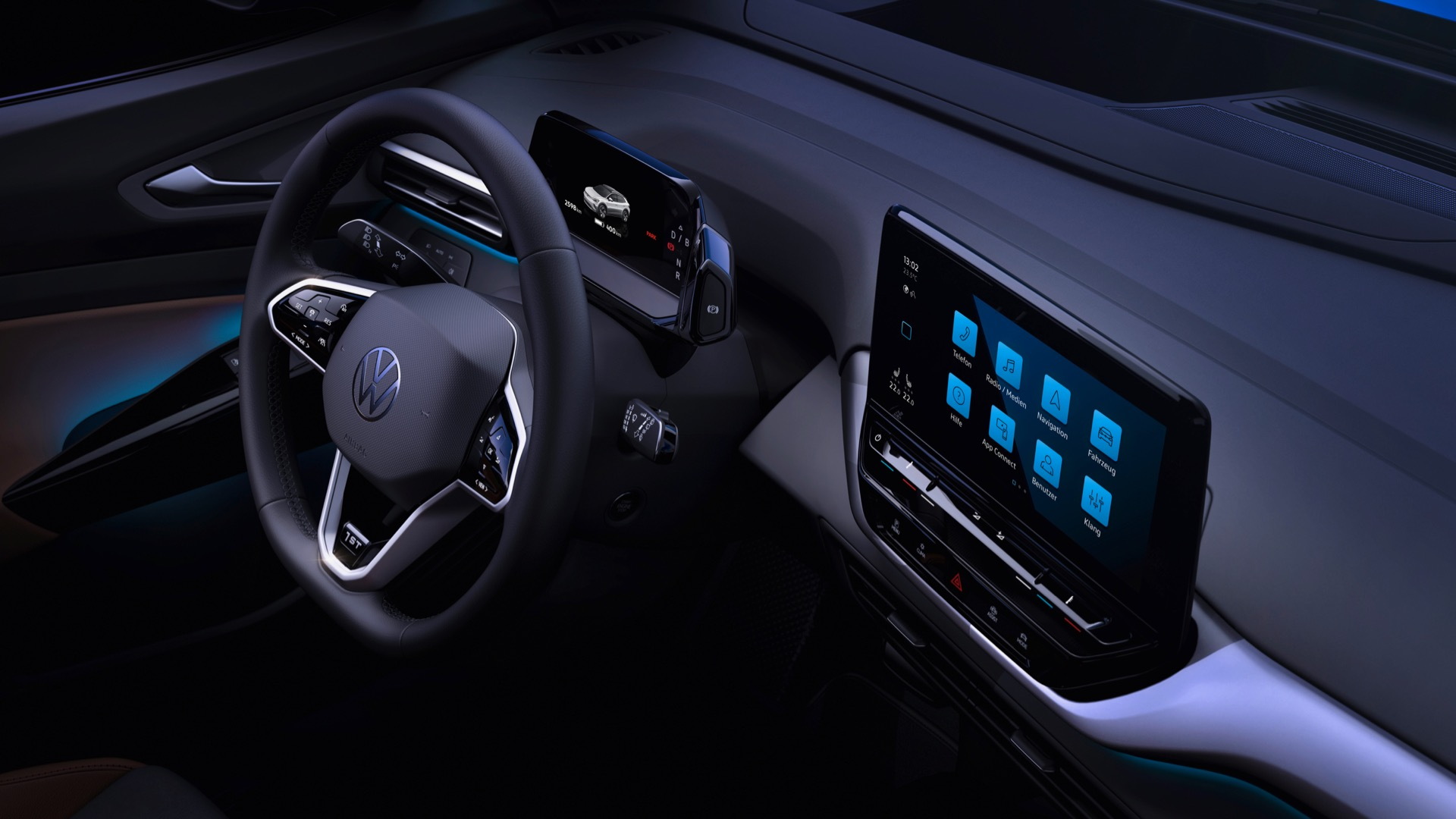 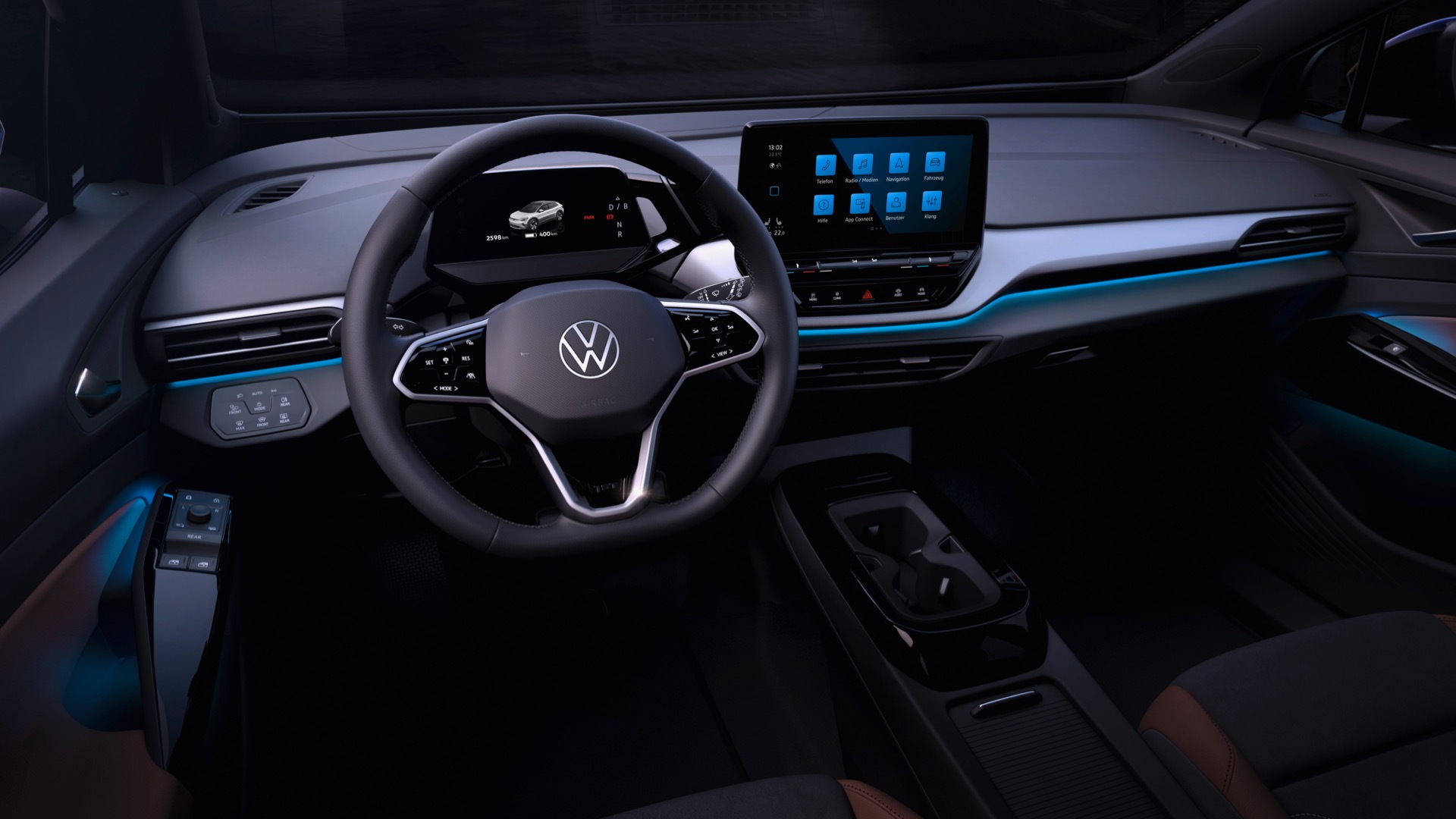 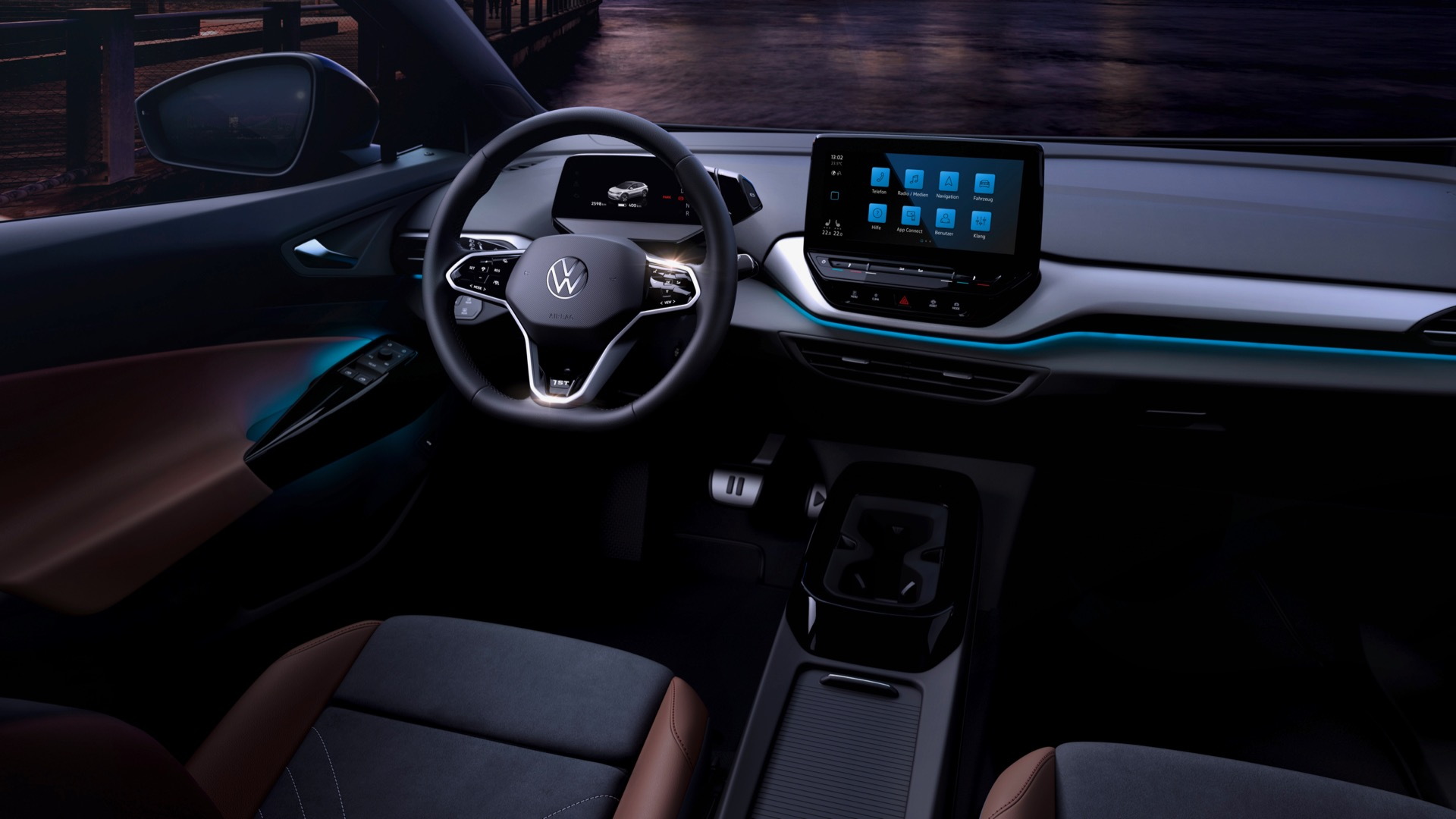 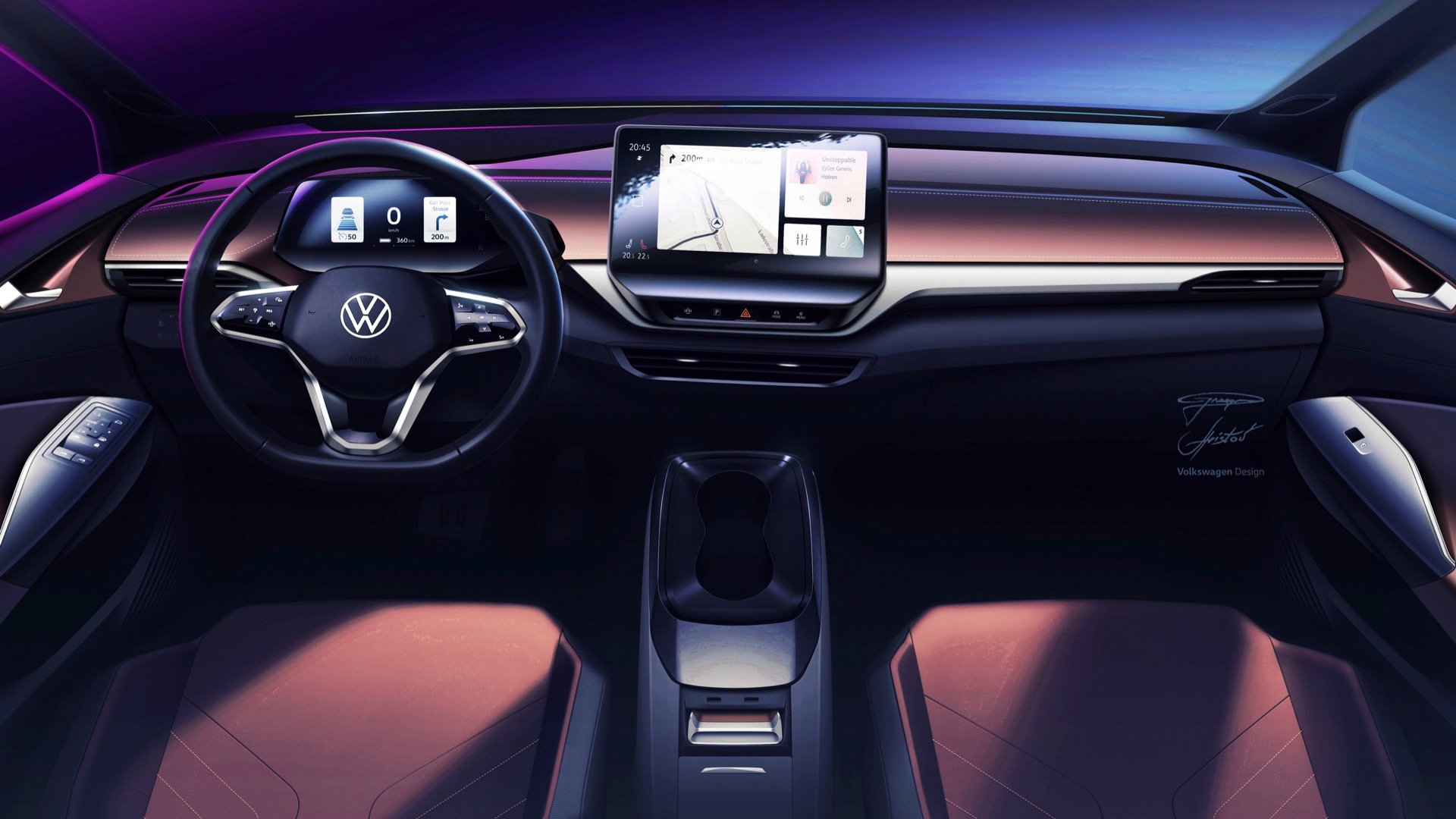 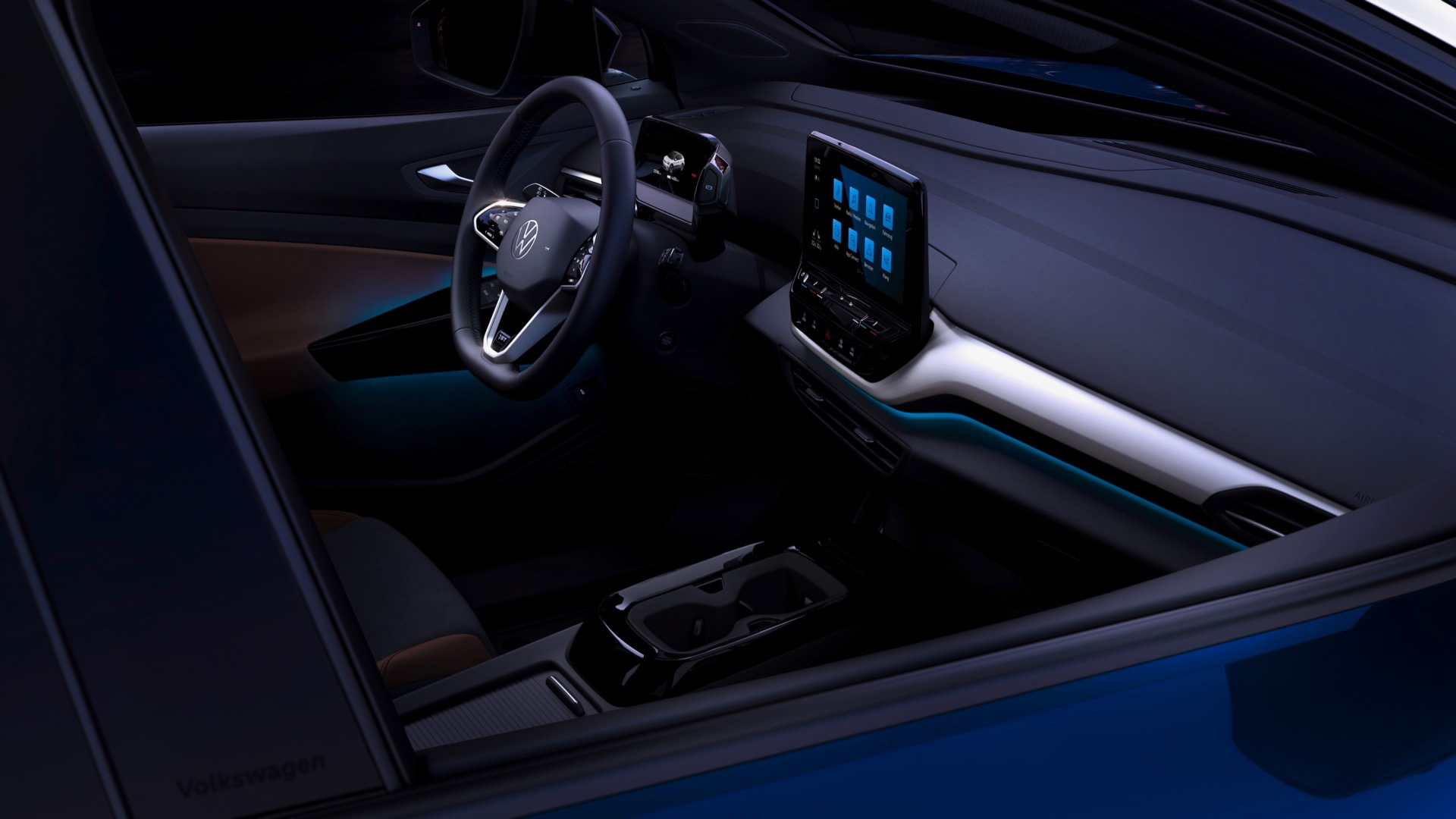 The 2021 Volkswagen ID.4 electric crossover will have an interior layout fairly similar to its ID.3 hatchback sibling.

That's based on interior images VW released Friday. The ID.4 won't be fully revealed until September 23, but it's due for a production start later this fall and a U.S. arrival by the end of this year.

As in the ID.3, the dashboard is largely bare except for a central touchscreen and a digital instrument cluster. It also incorporates ID Light, an LED strip below the windshield that uses different-colored lights to convey messages, such as when the car has been locked and unlocked.

However, VW said the ID.4 will also have a high seating position—a crucial feature for any crossover. The vehicle will also boast large door openings for easy ingress and egress, as well as 30.3 cubic feet of cargo space with the rear seats in place, according to VW. While it's expected to be shorter than the current Tiguan crossover, the ID.4 be just as roomy inside, thanks to a platform that doesn't leave any room for internal-combustion powertrain components.

VW will offer two interior colors—Lunar Grey and Galaxy Black—as well as a choice of Piano Black or Electric White plastic trim for the steering wheel, steering column, and display housings. If that's not enough visual flair, ambient lighting with 30 color options will also be available.

The ID.4 is based on the same MEB modular platform as the ID.3, but its crossover body style will likely be more appealing to buyers in the United States.

Initial cars for the U.S. will be sourced from VW's Zwickau, Germany, factory, but local production will start in 2022 at the automaker's Chattanooga, Tennessee, factory, which is being expanded to accommodate EV production.

As a mass-market electric crossover, the ID.4 seems like a rival for the Tesla Model Y, Nissan Ariya, and Ford Mustang Mach-E. But VW said recently that it's aiming for higher-volume targets like the Honda CR-V and Toyota RAV4.

VW has also hinted that the price of the ID.4 will be close to comparable gasoline crossovers—once the $7,500 federal EV tax credit is factored in, at least.