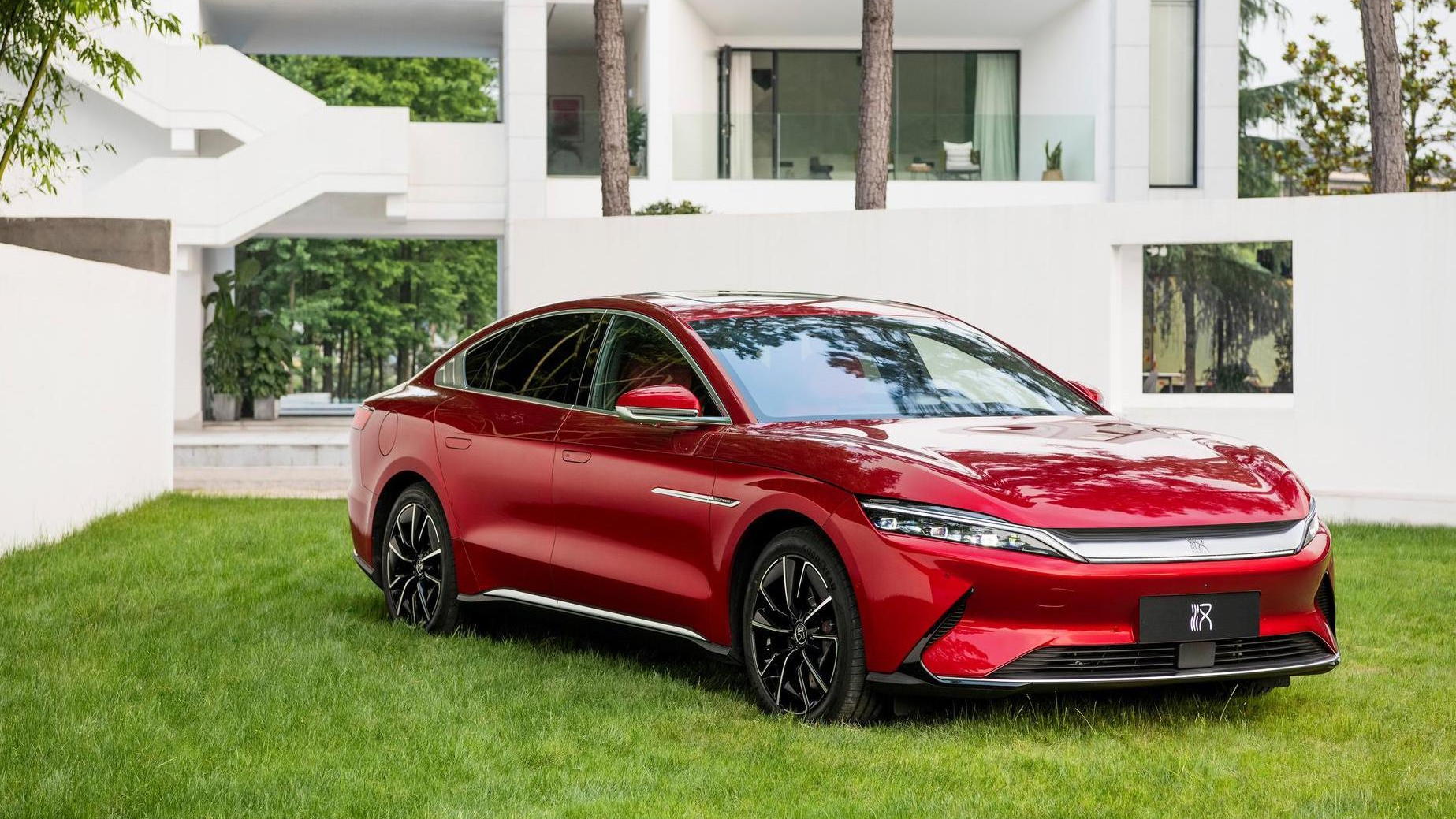 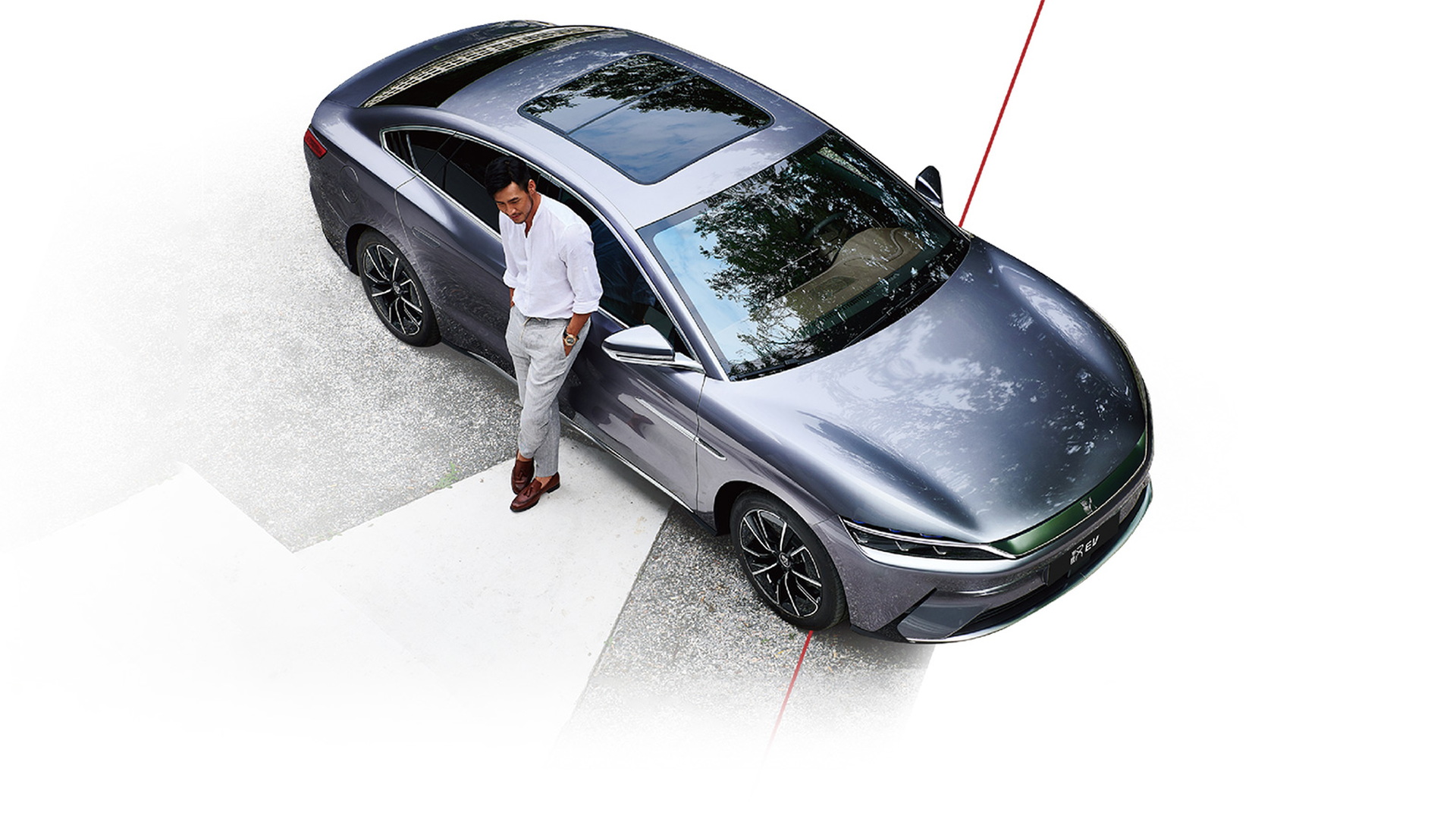 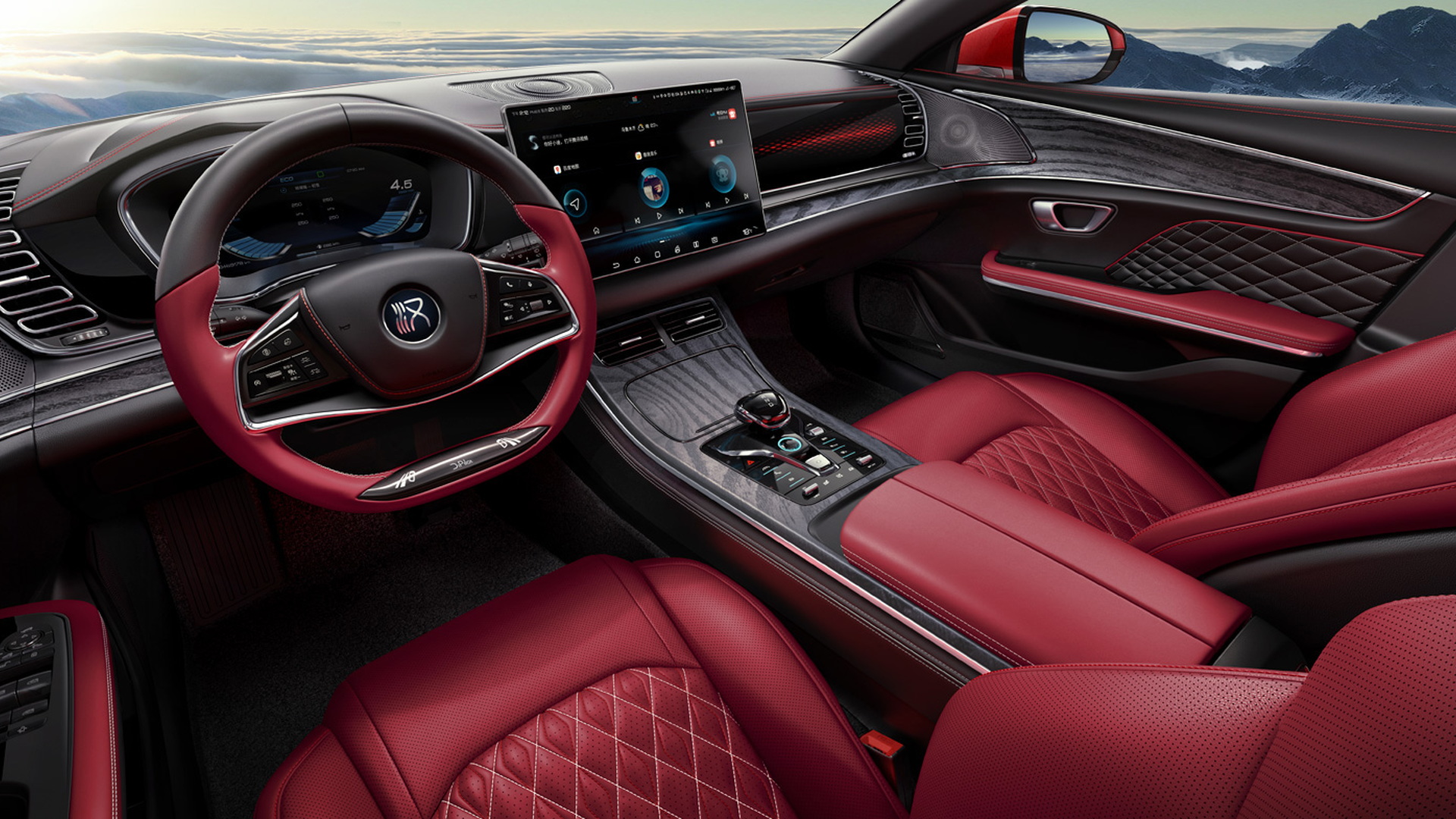 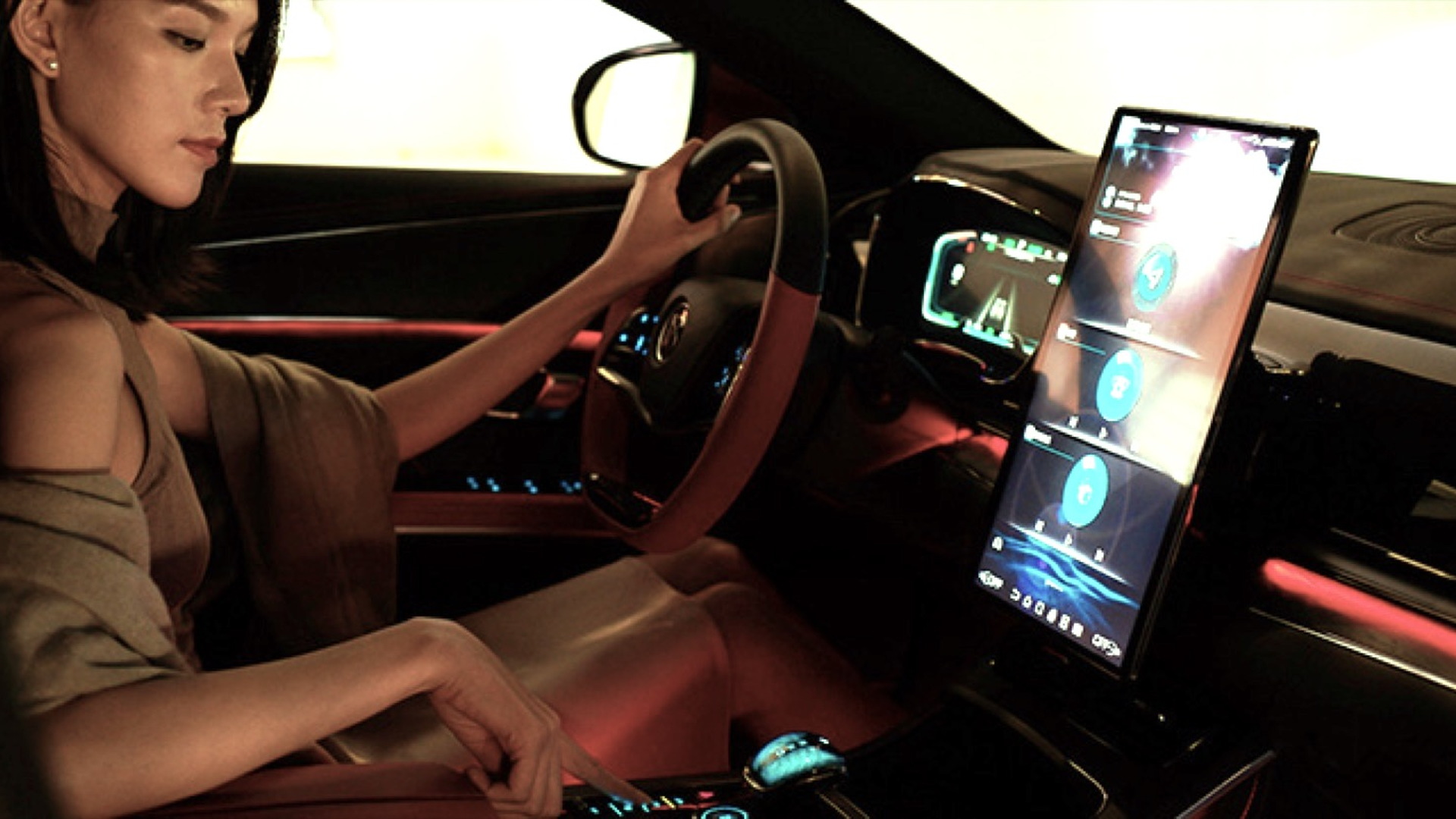 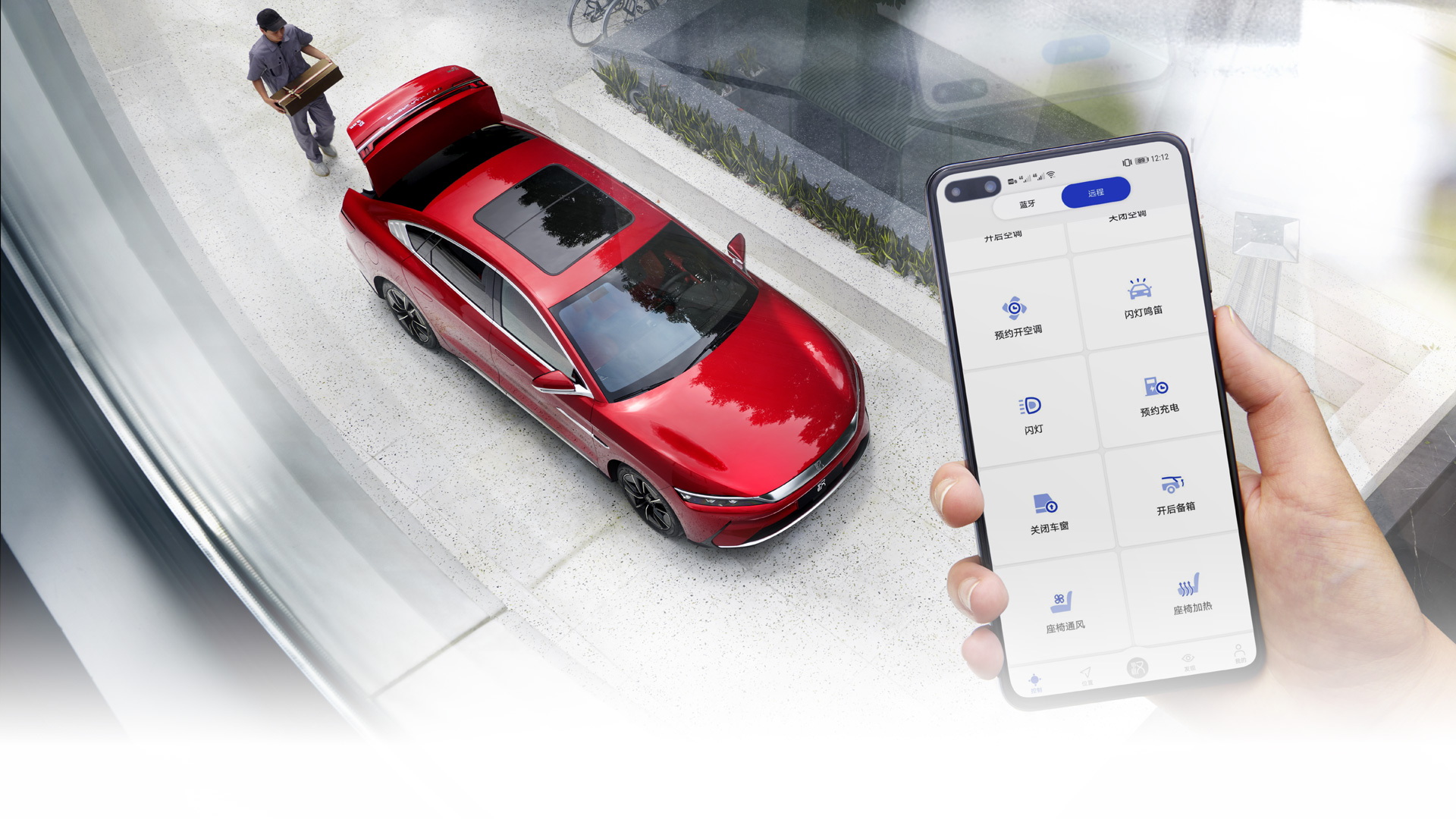 The new flagship electric sedan from BYD, the Han EV, will go on sale in China this month, the company reported last week.

The BYD Han EV is ten years in the making and could be the model that allows BYD to break through to Europe and the U.S. in meaningful volumes.

It’s also BYD’s debut vehicle for its new lithium iron phosphate battery pack, called Blade, which the company hopes to sell to other global automakers. BYD last year joined forces with Toyota for EV development in China, so that might be a start.

The Han has front-wheel drive or all-wheel drive and can accelerate to 62 mph in as little as 3.9 seconds in AWD form. It also boasts of a 107.6-foot stopping distance from 62 mph, and incorporates a Bosch system for precise braking—competitive with Tesla and BMW sedans.

With its 77-kilowatt-hour or 65-kwh battery packs, the Han can go 376 or 314 miles on the NEDC standard, according to the company.

Although there’s no simple conversion as these are different cycles, it’s likely the longer-range Han would provide more than 250 miles in EPA form. For example, the Porsche Taycan 4S is rated 288 miles according to NEDC but just 203 miles in the EPA cycle.

BYD’s Blade pack prioritizes safety, and doesn’t add range at the expense of safety, the company says. In March it claimed the pack kept its cool during nail-penetration tests that caused other packs to overheat or burst into flames. BYD also boasts that it heated the pack to 572 degrees Fahrenheit and overcharged it to 260% of its capacity without a fire.

By the measuring tape, the Han is a large sedan, and more of a Model S rival than a Model 3 rival. It’s 196 inches long, 75.2 inches wide, and 59.9 inches high, and rides on a long 115.0-inch wheelbase. The curb weight starts at about 4,400 pounds, which makes it somewhat lighter than the Model S.

BYD produced more electric vehicles than any other company in the world for a number of years in a row—until late 2019, when Tesla exceeded its numbers.

BYD’s previous electric-car effort, the e6, has unremarkable acceleration, subpar ride and handling, and interior panels and trim pieces that feel like a flashback to 1980s or ‘90s Japanese econocars. But the e6 has been built on a solid baseline: safe charging and a predictable range.

BYD has pushed out the e6 for taxi duty in several North American markets—which has meant the model has carried through with EPA ratings for many years (including 2020), at a 187-mile official EPA range—but otherwise it hasn’t made the model available to consumers in the U.S.

This Han looks a world away inside from those former efforts. It includes real wood panels, nappa leather upholstery, and aluminum trim. It claims to offer “the best of Eastern and Western design aesthetics,” and comes with distinctive Dragon Claw taillights.

Green Car Reports has reached out to BYD about U.S. plans and will update this piece when we hear back. Now that BYD appears to have leapfrogged into the future, this automaker—which once outsold Tesla—might catch up quickly.