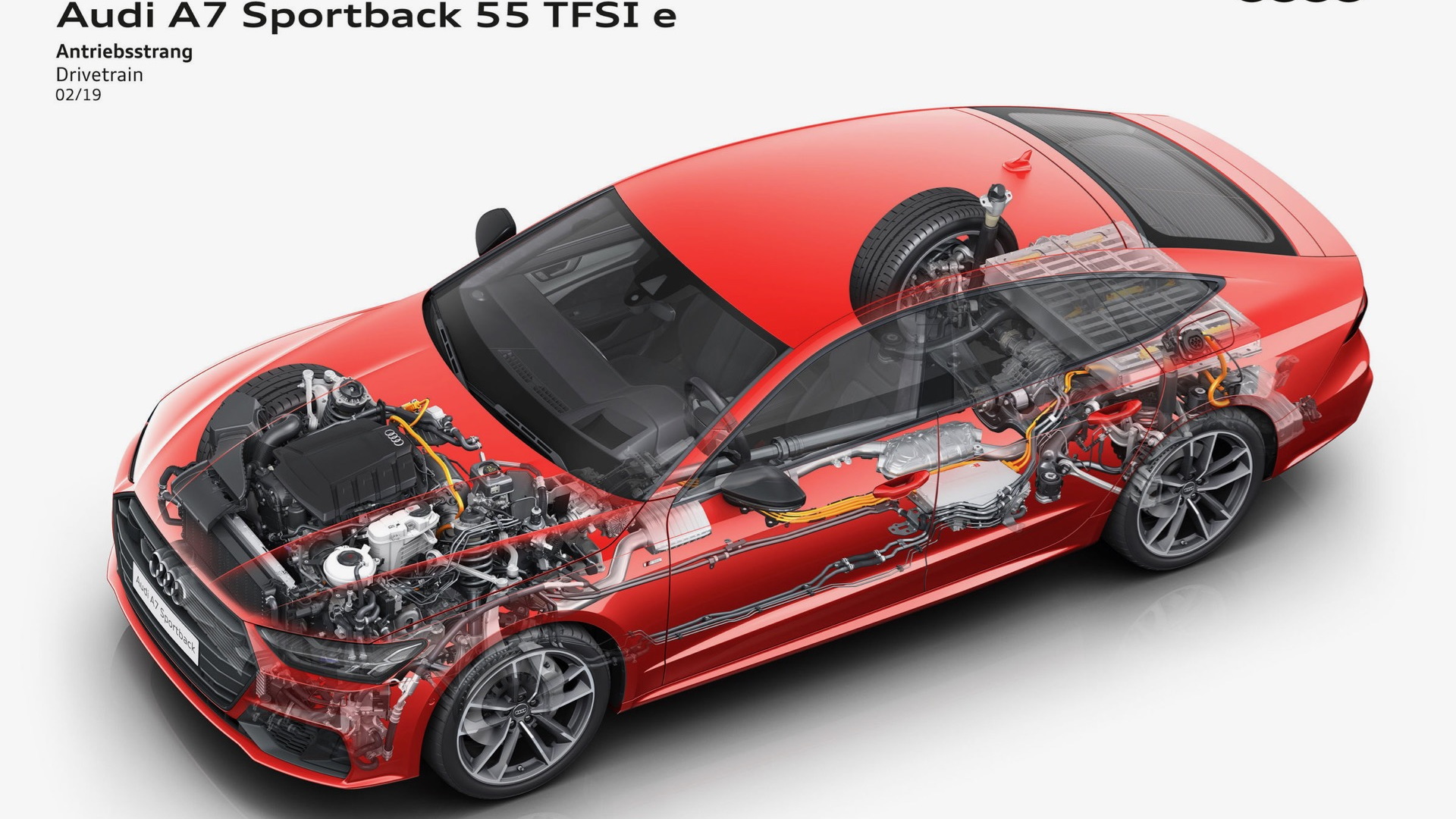 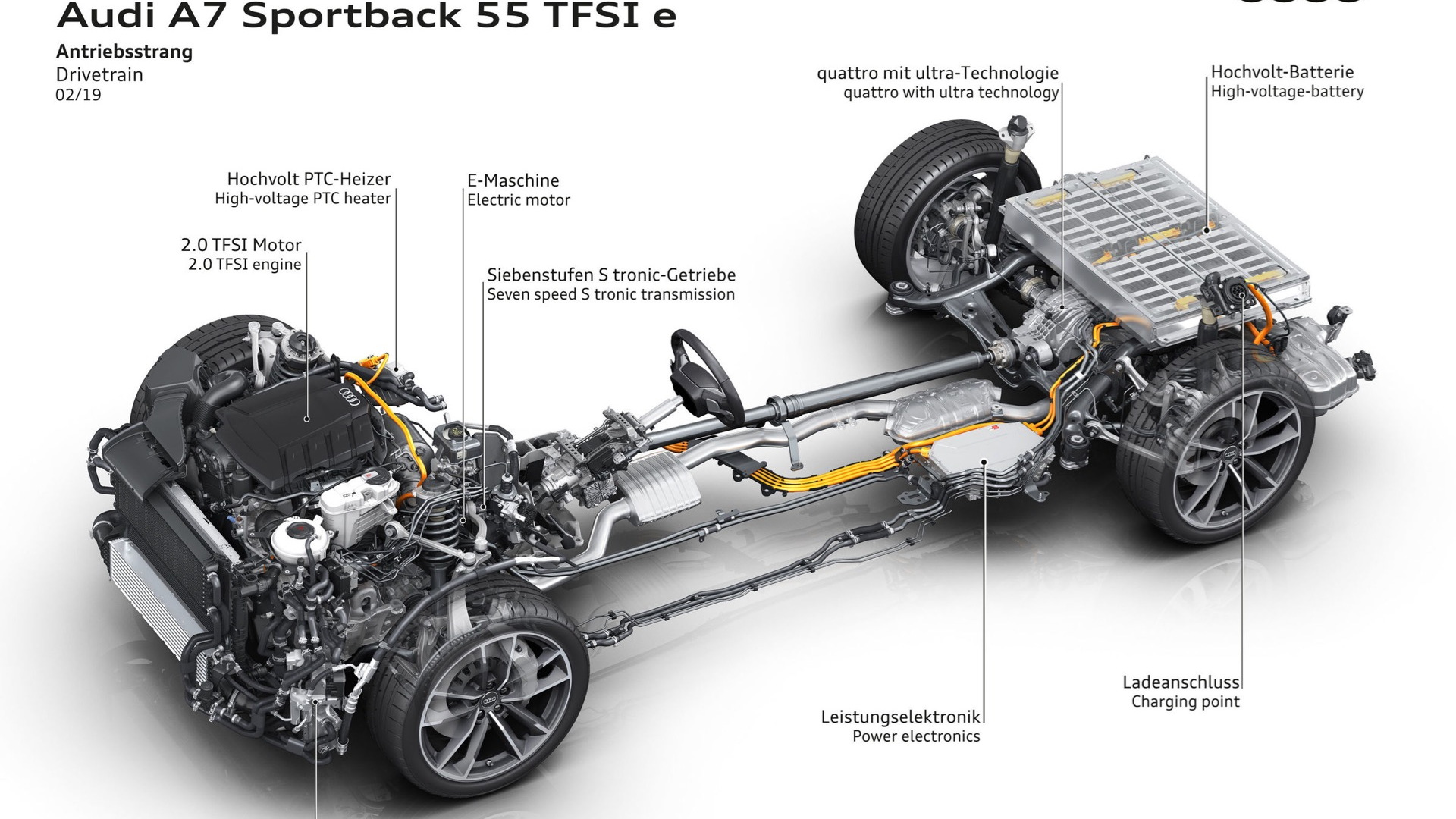 Audi is adding a third plug-in hybrid model to its United States lineup.

The A7 plug-in hybrid uses a 2.0-liter turbocharged inline-4 gasoline engine and 7-speed dual-clutch transmission, with an electric motor sandwiched in between. Total system output is 362 horsepower and 369 pound-feet of torque, which is sent to all four wheels.

The A7 shares its powertrain with the Q5 55 TFSI e, which we found to have excellent drivability and, from preliminary indications, about 27 miles on a charge—although we expect something closer to the Q5 PHEV's EPA-official 20 miles.

Electric range and efficiency figures won't be available until closer to the A7's launch, but Audi quoted a 0-60 mph time of 5.7 seconds. The A7 keeps some battery charge in reserve, so acceleration is repeatable regardless of the indicated state of charge, the automaker said.

The A7 plug-in hybrid also features Predictive Efficiency Assist, which adjusts vehicle parameters to help maximize electric range, and uses haptic feedback from the accelerator pedal and visual cues in the head-up display to coach the driver into making better use of regenerative braking.

Pricing starts at $75,895 for the base Premium Plus trim level, while the range-topping Prestige starts at $81,245 (both prices include a mandatory $995 destination charge). Audi expects the A7 55 TFSI e to qualify for a $6,712 federal tax credit, and the car may qualify for certain state and local incentives as well.