Its concept truck includes a proton exchange membrane fuel cell from Hydrogenics, which Cummins recently acquired. The truck was designed for a 90-kW fuel cell, but this can be scaled up in 30- or 45-kilowatt increments up to a maximum of 180 kilowatts.

Juice goes from the fuel cell to a 100-kilowatt-hour lithium-ion battery pack. Cummins says the truck has a range of 150-250 miles between fill-ups, and notes that this range can be extended by adding hydrogen tanks, by increasing the hydrogen storage pressure or by installing additional fuel cells. 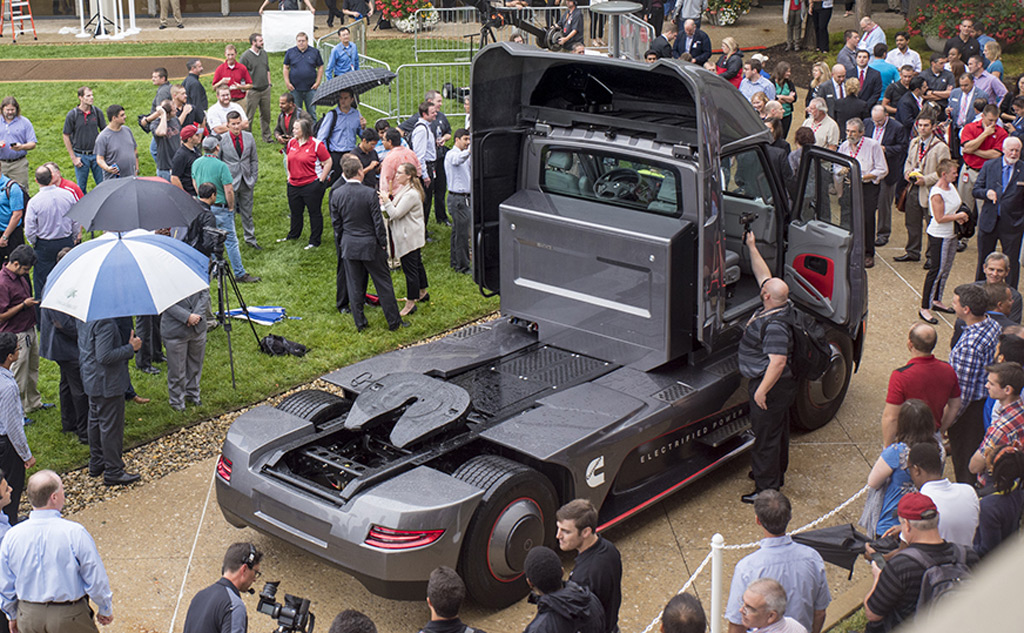 While Cummins' concept truck may only have a range that caps out around 25 percent of a diesel-powered equivalent, a scaled-up, production version might bump that figure up significantly.

Boosting that range is critical, as ICE-powered long-haul commercial trucks are still vastly cheaper to own and operate than their alternative-fuel competitors, but FCEVs have the best chance of reaching price parity with diesel trucks by 2030.

And while some of its potential electric competitors claim they can go farther, a FCEV's full range is only a fill-up away, giving the technology a significant leg up when it comes to broader-scale adoption.

Unfortunately, America's hydrogen filling station network is abysmally tiny, to the point of being non-existent outside of parts of California. For commercial trucks it's more like building a train line than trying to accommodate for all the variables in personal-vehicle routing. Freight-shippers with established daily routes could, however, establish filling stations along their busiest routes.

Notably, one of the Cummins' alternatives shown at NACV came from Hyundai, which has inked a deal with Cummins to develop fuel cell powertrains for commercial applications. 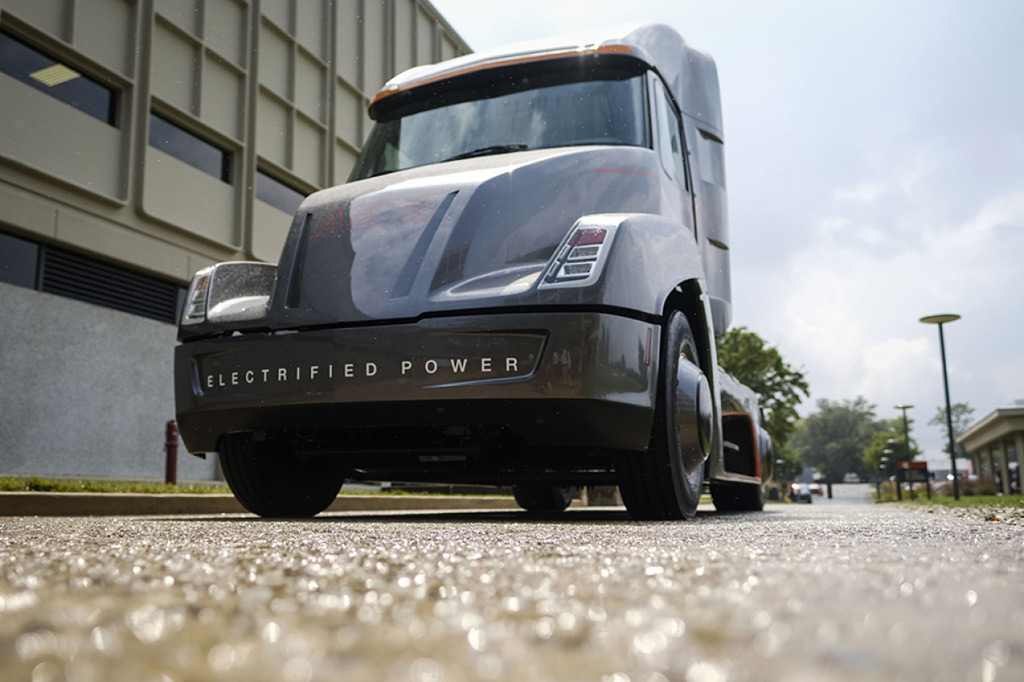 Cummins is no stranger to electrified vehicles. The Urban Hauler Tractor the company revealed in 2017 is just an "education" project aimed at exploring its capabilities of about 18,000 pounds and 100 miles of range from a 140-kwh battery pack. The company also earlier that year purchased Brammo.

The proliferation of fuel cells in the United States will be entirely dependent on its fueling infrastructure being built out—via subsidies that could simply be non-starters in the current political climate.