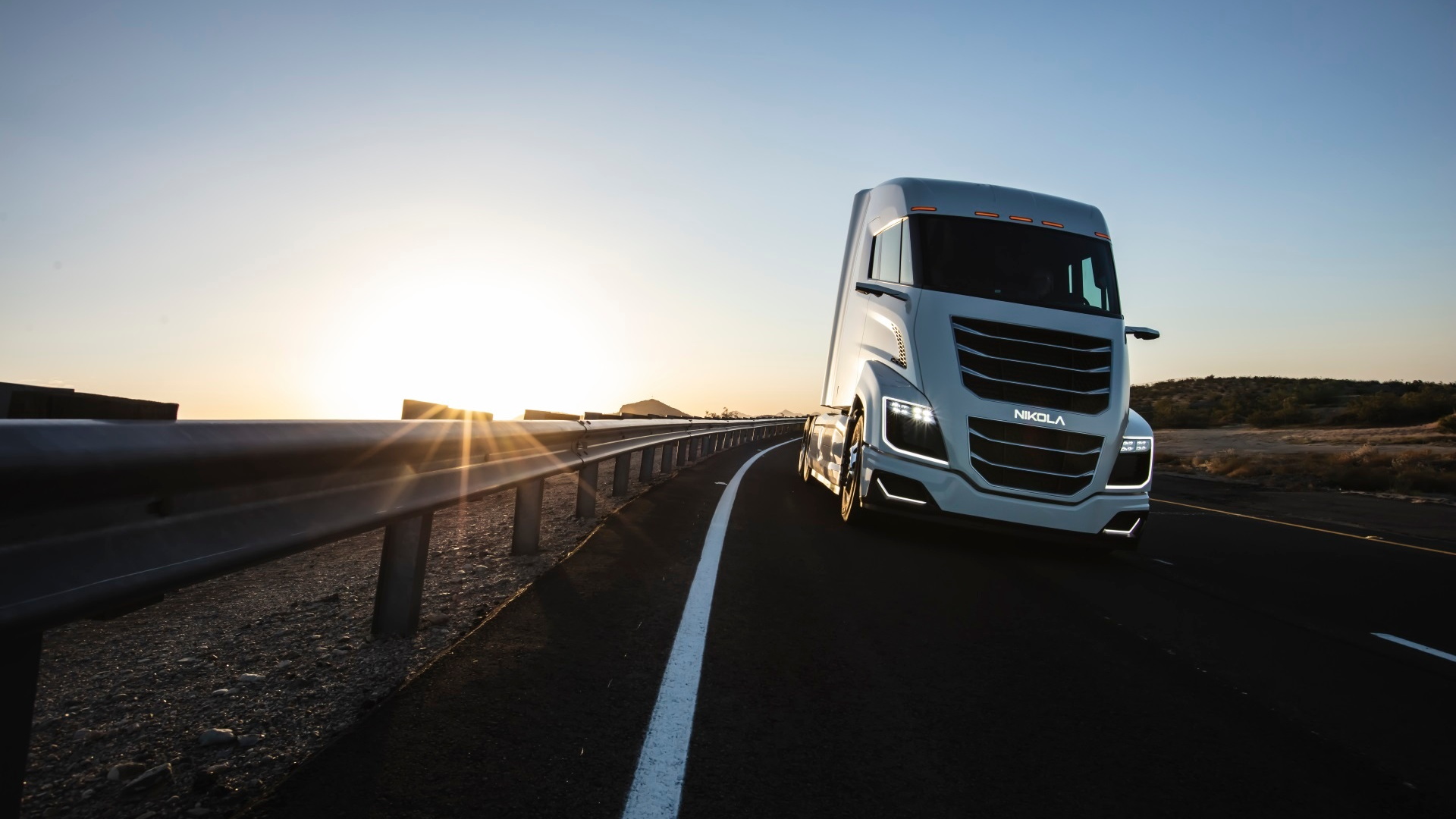 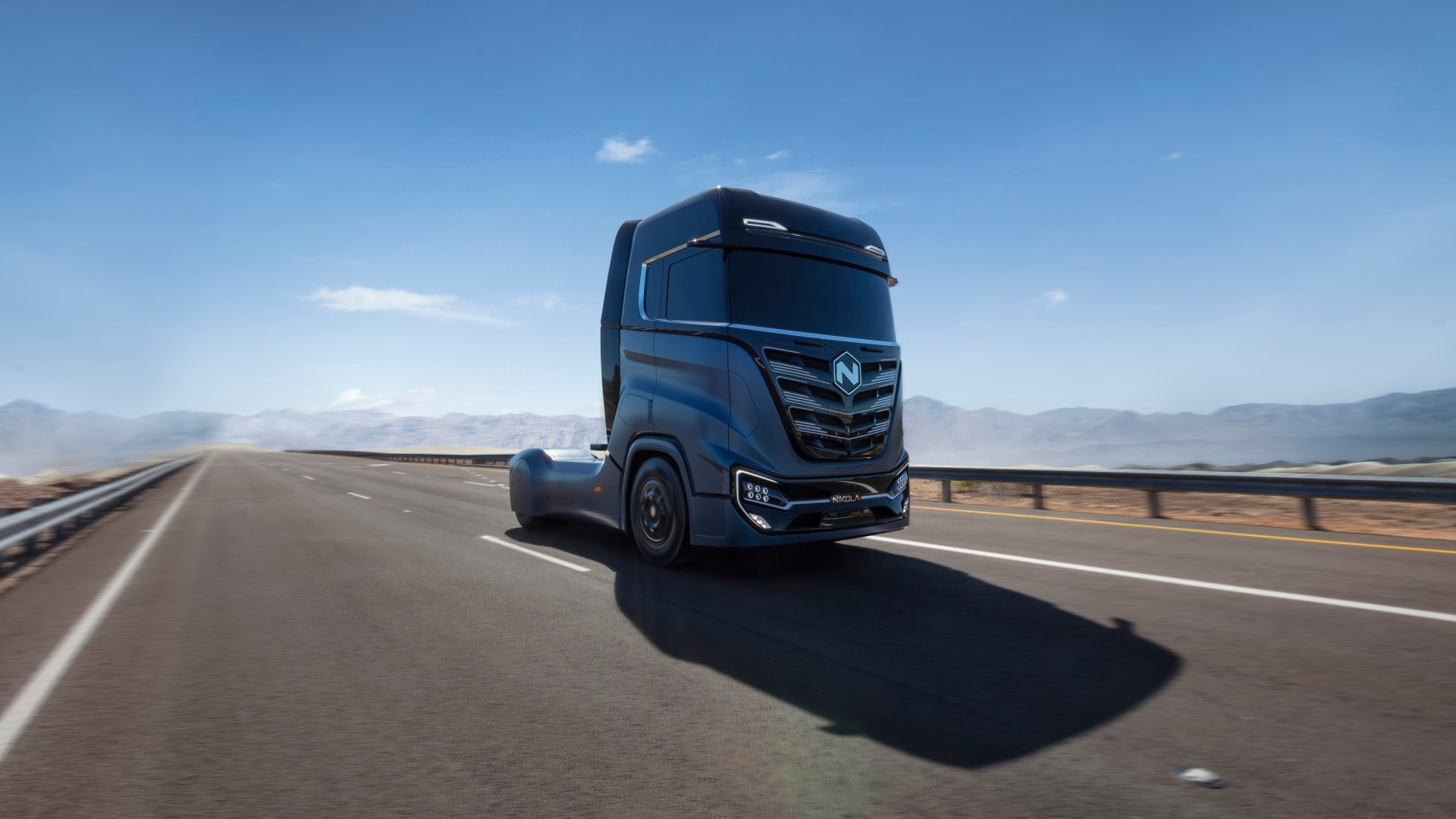 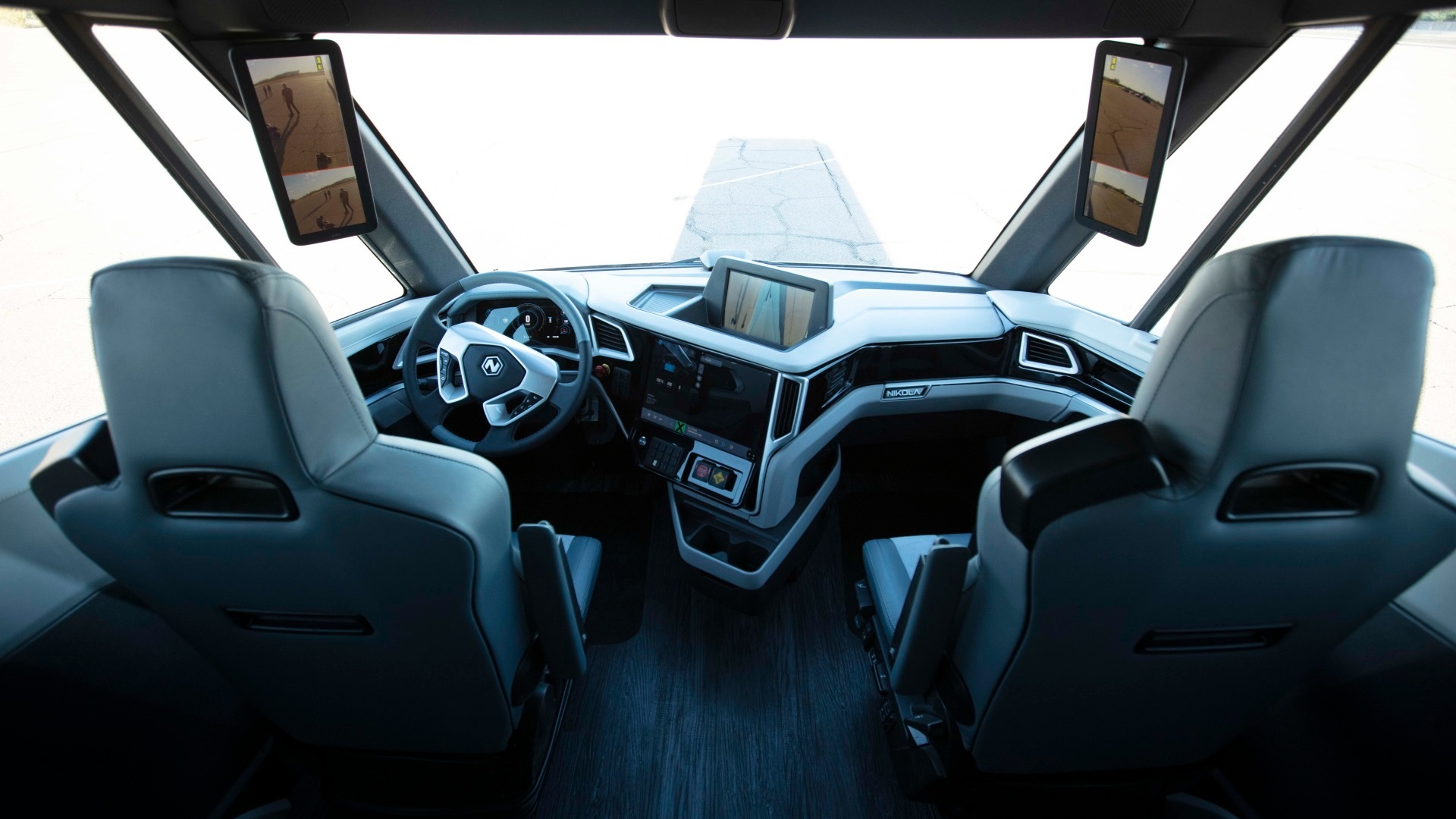 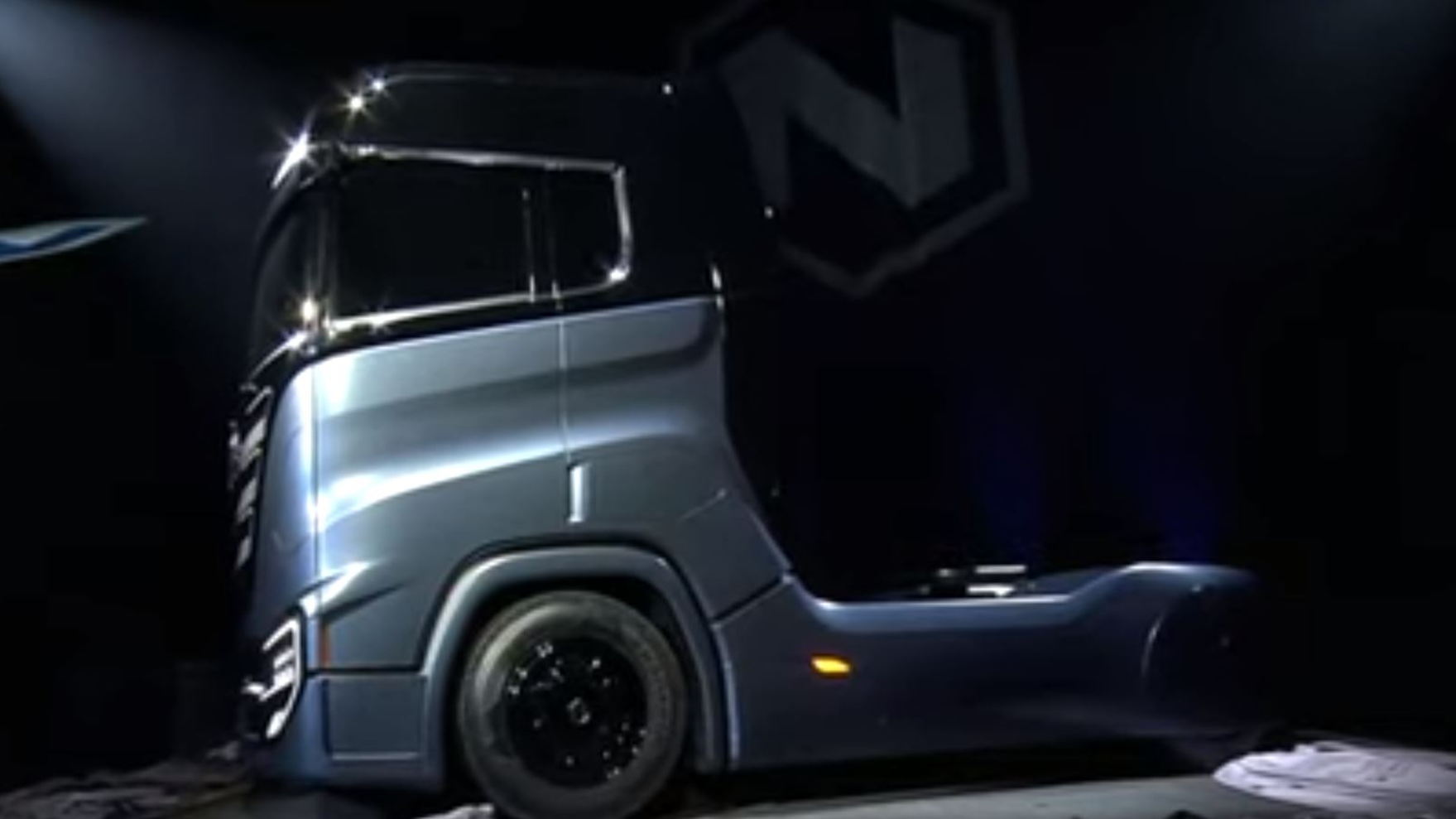 At an event Tuesday night, Nikola, the truck company that has been promising new hydrogen fuel-cell trucks to compete with Tesla, announced two new semi-trucks: a long-nosed, 10-wheel conventional for the U.S. and a smaller, six-wheeled cabover design for Europe.

Both trucks are day cabs, despite a long cab to house the carbon-fiber hydrogen tanks behind the driver. And both are available as full electrics or as hybrid fuel-cell electrics, with hydrogen fuel cells along with storage batteries. They join the company’s original Nikola One, a large conventional sleeper cab.

The new trucks will have up to 1,000 horsepower and 2,000 foot-pounds of torque from two or four electric motors driving one or, optionally, both rear axles. Nikola is targeting a range of 500 to 750 miles from a 15- to 20-minute hydrogen refill.

Nikola says this will save weight and compared with an all-electric truck and allow the trucks to drive on roads where a battery-only truck might be too heavy.

Like other electric vehicles, the trucks use a single-speed drive gear, so it doesn’t take training in 18-speed shifting to drive a truck. Regenerative braking will hold back the truck on hills and go a long way to build up a charge in the big 250-kilowatt hour battery pack. That’s half the size of the smallest pack likely on an all-electric Tesla Semi.

CHECK OUT: Budweiser-maker taps Nikola for up to 800 hydrogen-powered semi trucks

The electric powertrain will also deliver torque vectoring for stability control with the trailer.

The trucks get a digital instrument cluster with a 13-inch screen, plus a 17-inch center-dashboard “infotainment” screen. (No word from Nikola on what truckers might do with that infotainment screen when they’re on the road. Separate vertical screens inside the windshield pillar show side-view camera images.

Nikola plans on leasing the trucks for 6 years or 1 million miles, whichever comes first. The company will provide hydrogen for owners.

Just as Tesla has set up its Supercharger network, and Volkswagen has its Electrify America network, Nikola is planning to roll out its own network of 700 hydrogen fueling stations by 2028.

The company is expected to deliver the first of 800 Nikola Ones that Anheuser-Busch ordered in 2020.  It did not announce a release date for the Two or the Tre, but is taking no-deposit reservations.

In the meantime, it has released a line of electric off-roaders and jet-skis to carry the company through the release of its trucks.