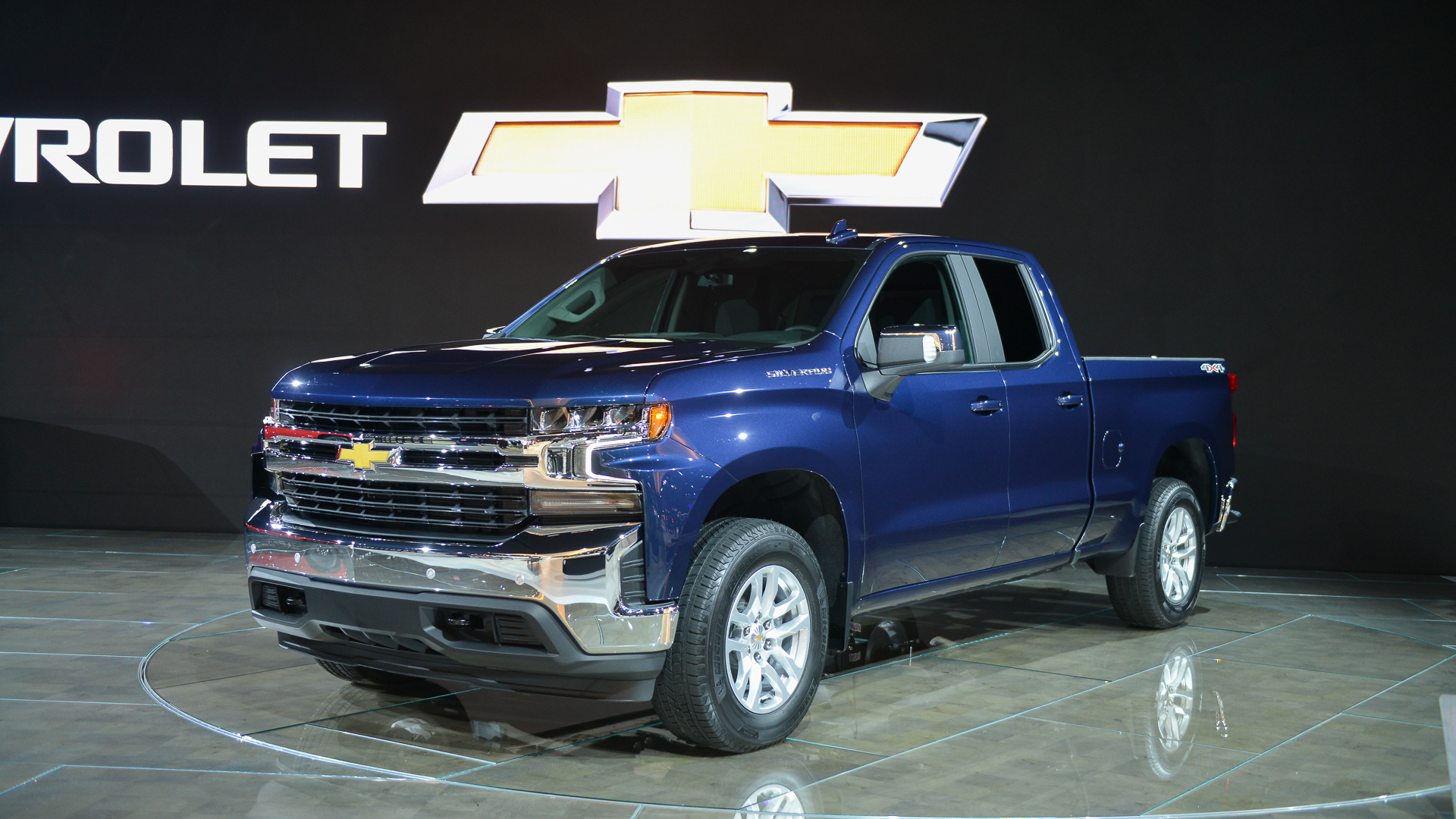 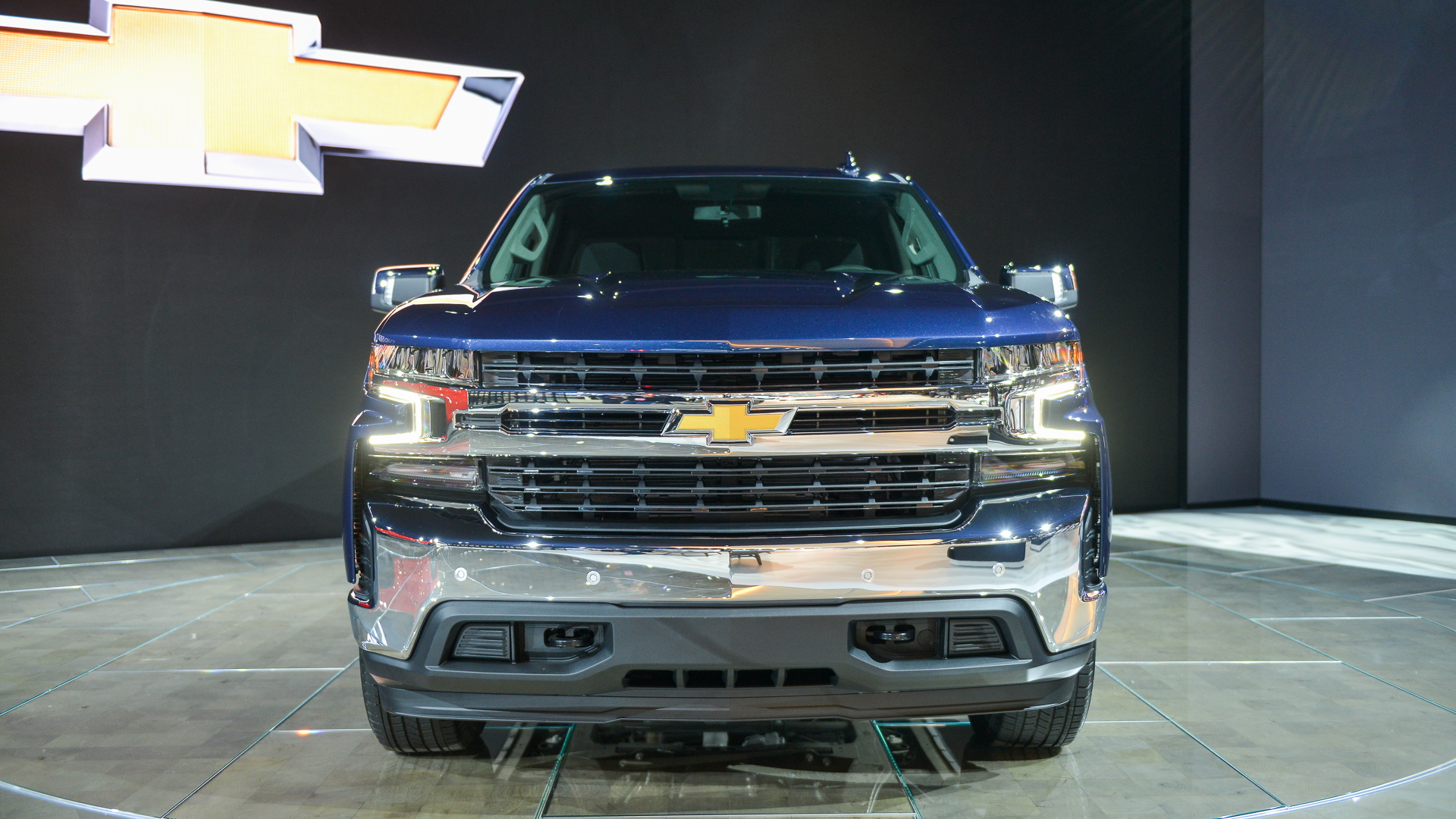 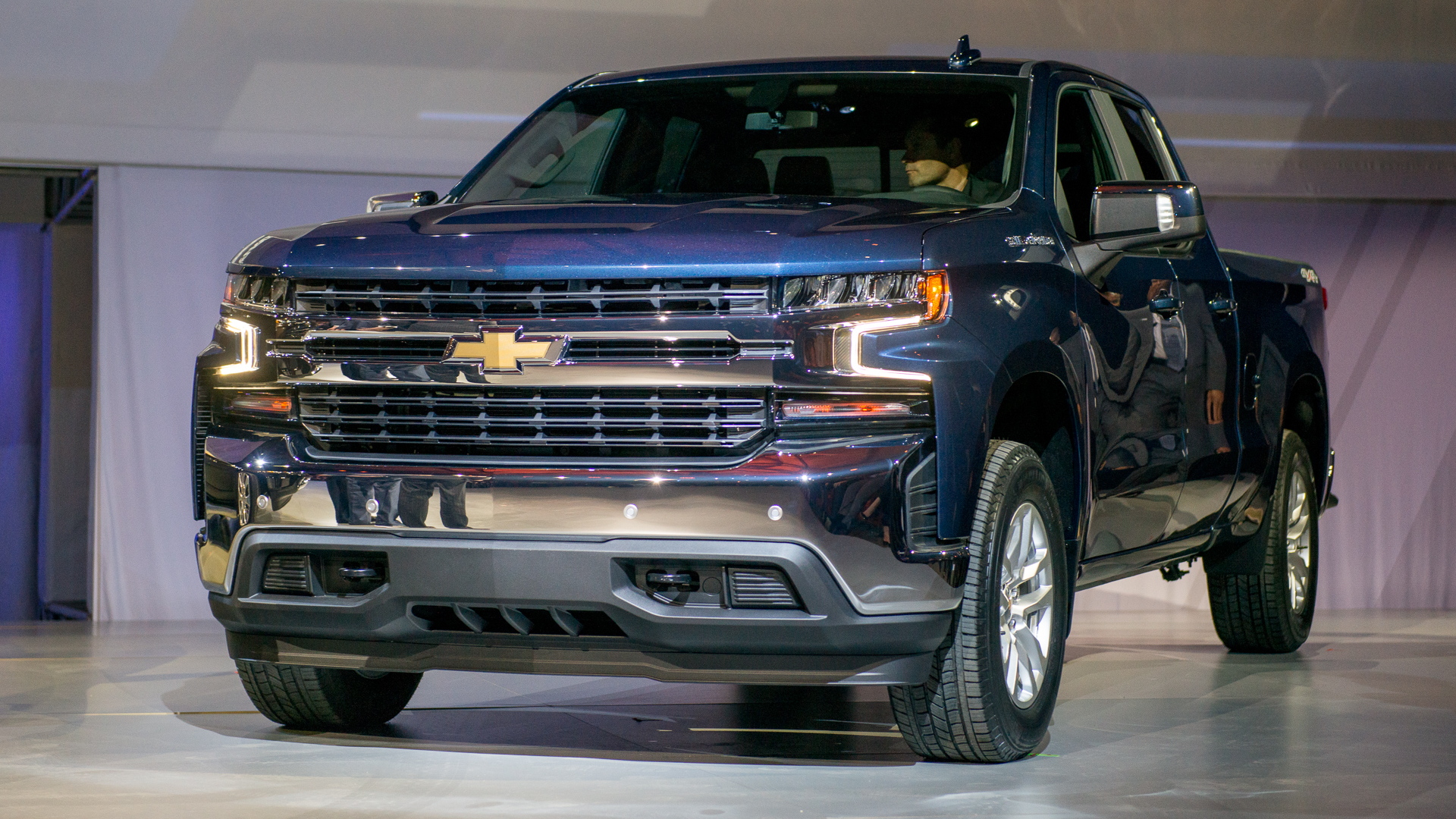 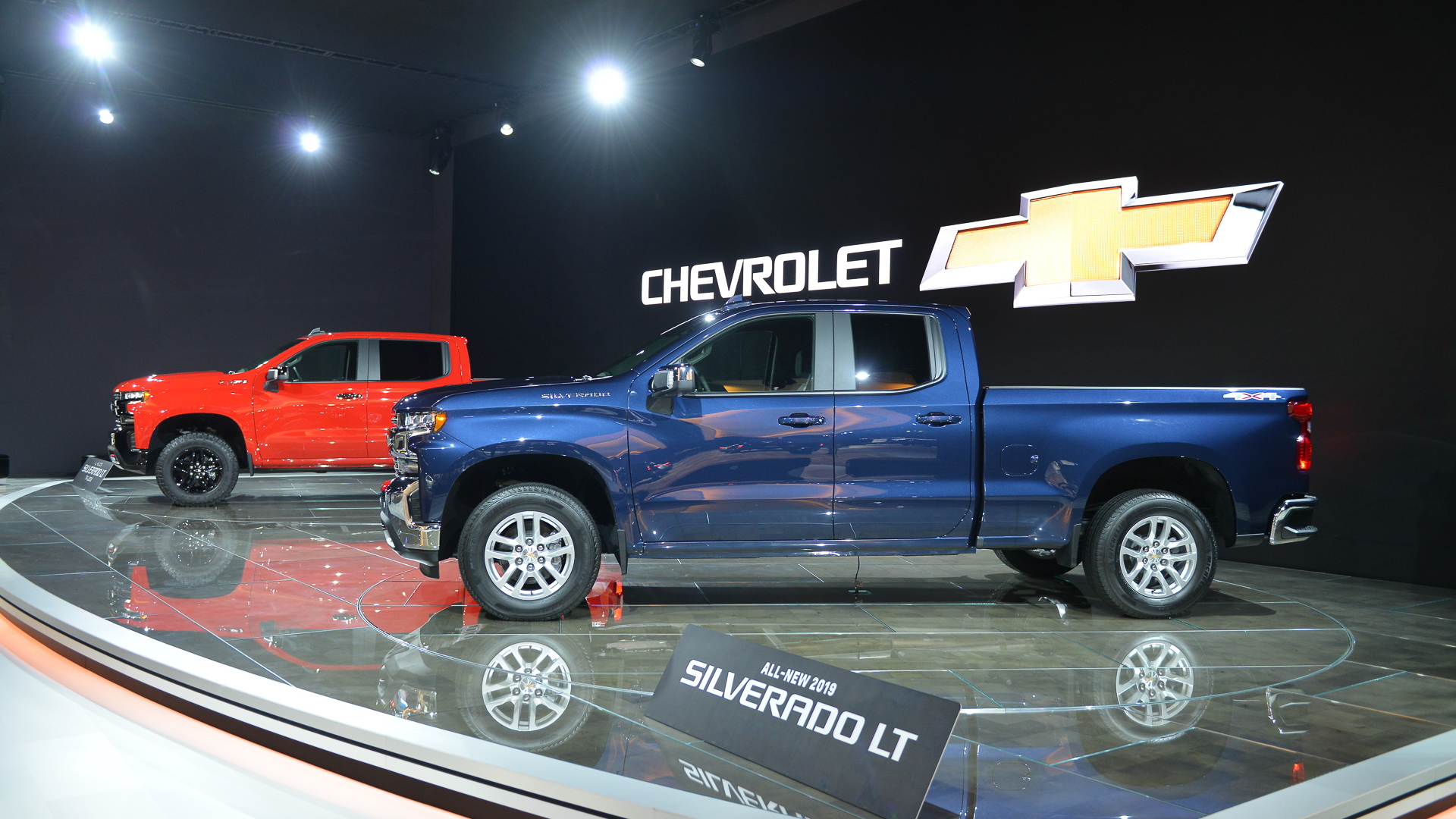 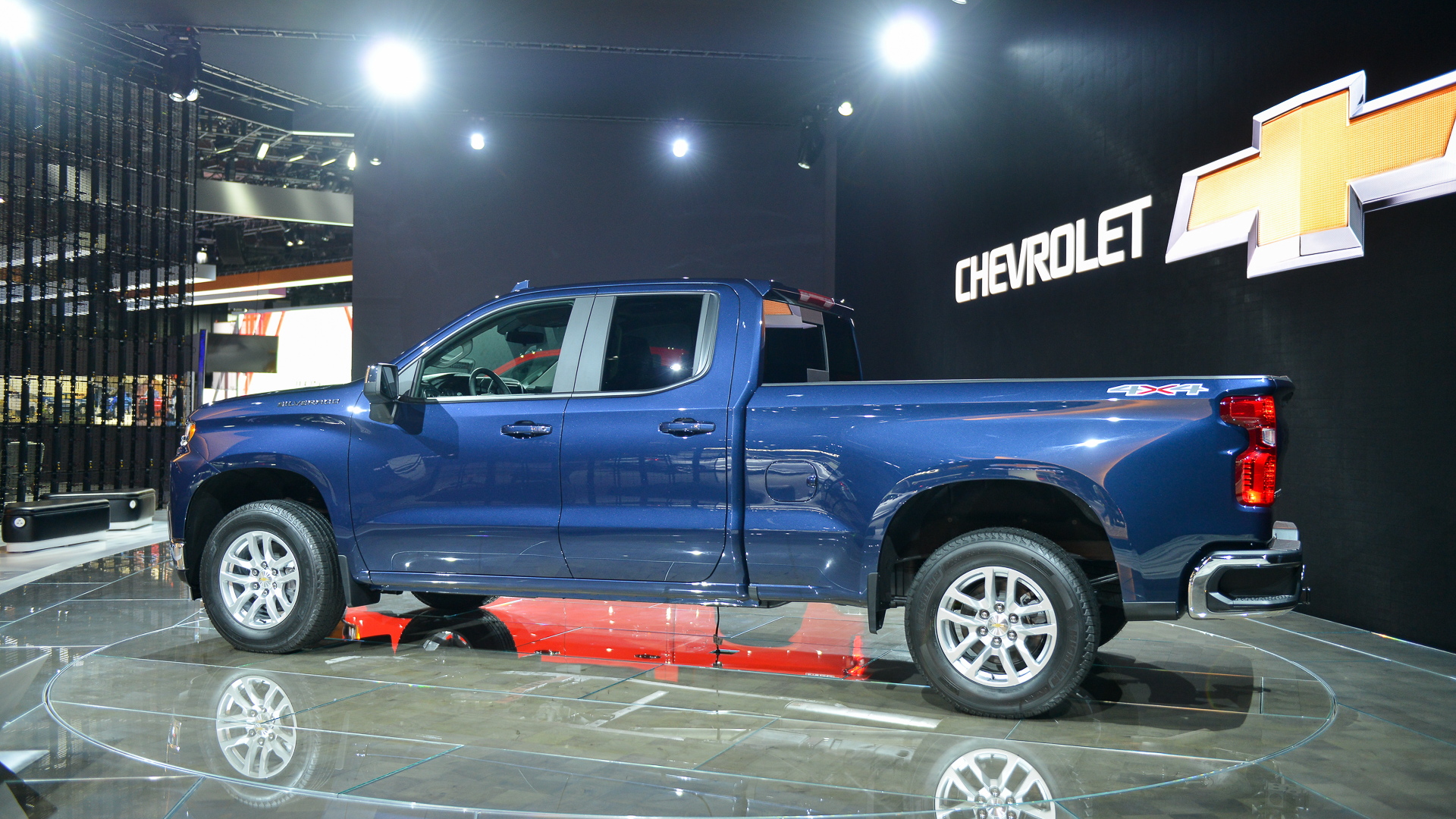 Vehicle launches at auto shows include a dance between automakers, which only want certain information revealed, and journalists, who want to put specific news items into a bigger and broader context.

The company said the truck would have six engines and powertrains, but only discussed three engines and one transmission.

"We're not talking about that now," responded Tim Herrick, the Silverado's executive chief engineer, at least a dozen times to followup questions from reporters.

Instead, he repeated—in virtually identical words—the points he and other executives had already made, also covered by the press release.

With no powertrain ratings or specifications, and production trucks still several months off, Chevy will likely dribble out further information between now and then.

Transcript of Ammann’s response to a question about the threat posted by $TSLA pickup. He simply said that $GM hasn’t shown all its cards with its new truck architecture yet.

[Transcribed by me. Errors mine, etc.] pic.twitter.com/CrTkXUqkgj

Clearly a different line of questioning would be required for a longer follow-up interview.

So we asked Herrick about pickup-truck buyers, which Chevy spends lots of time and money talking to, and their views of powertrains for pickups beyond the traditional sixes and V-8s.

Any demand for advanced technologies would only be viewed as a win if it saves them money, he said: Tech for its own sake, as sought out by early adopters, isn't a factor in full-size pickup purchase decisions.

Truck buyers, Herrick said, see fuel economy as an additional benefit after the most important aspects of any new truck: Will it meet their needs (cargo capacity, hauling, towing, interior features) and does it have the right specs?

While electricity is usually cheaper per mile to drive on than gasoline or diesel fuel, that hasn't penetrated yet, he said: There's "low awareness" of that fact and "no current intersection on the Venn Diagram" of truck buyers and EV fans.

Still, Herrick stressed, because virtually every part of the new 2019 Silverado is brand-new, it's been designed for a longer horizon than the usual five- to seven-year model life.

Parts of the outgoing 2018 trucks, he said, date back to the "GMT-400" series introduced for 1988. The new design has eliminated those, Herrick said.

"We looked at all possible propulsion units" while designing the new pickup, he said. "There's nothing that doesn't fit" into the truck's basic architecture.

That includes not only 6- and 8-cylinder gasoline and diesel engines, he acknowledged, but everything from 48-volt mild hybrid systems to hybrids, plug-in hybrids, battery-electrics, and even hydrogen fuel cells.

GM has most of that technology in-house already, so it makes inherent sense that in an increasingly tough regulatory environment, truck designers would ensure no possible powertrain is precluded.

Herrick would offer only a single example of a design choice made with multiple powertrains in mind: the "splay" of the truck's frame rails.

These days, frame rails are far from the traditional parallel box sections running front to back.

They have been positioned, Herrick suggested, to permit use of powertrains that might require additional components sited in the space under the cargo box.

Today's truck buyers, he summarized, use simple "farmer's math" to calculate the costs and benefits of different powertrain options for trucks specified the way they want them.

And "they know every spec of that truck" when they walk into the dealer, Herrick stressed.

Today, the cost of a beefy plug-in powertrain for a big, heavy pickup truck likely can't compete on cost against a mass-produced V-8.

But if or when it can, Herrick hinted, the company and its new trucks will be ready.

Chevrolet Silverado: VIA Motors XTRUX Electric Truck: 2013 Detroit Auto... Chevy Silverado: Will The 2016 Chevy Volt Be A Mass-Market Electric... Silverado Pickup: What Would You Pay For A 100-MPG Via Full-Size Pickup... Ford Ranger: Ford 300-mile all-electric SUV may be named Mach 1;... Pickup Truck: Tesla meeting: The cyberpunk truck, vegan cars, and... New Truck: Plug-In Pickup To Be Built By Indiana Based EMC