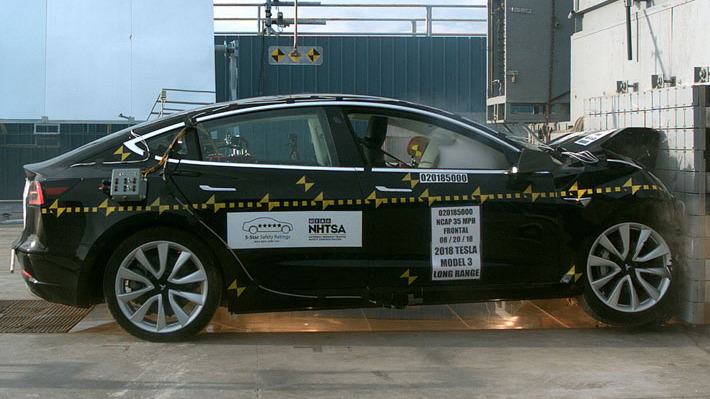 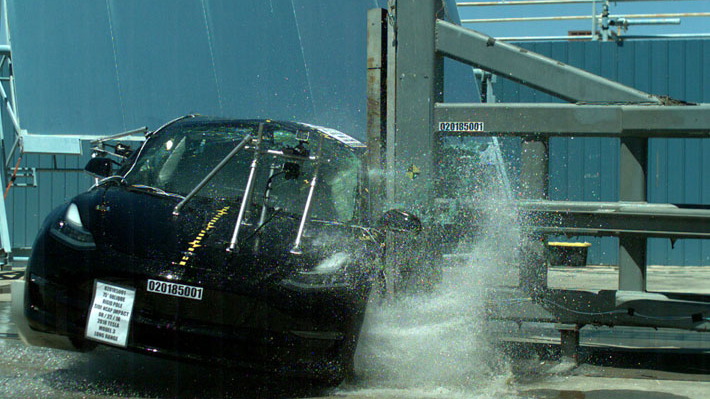 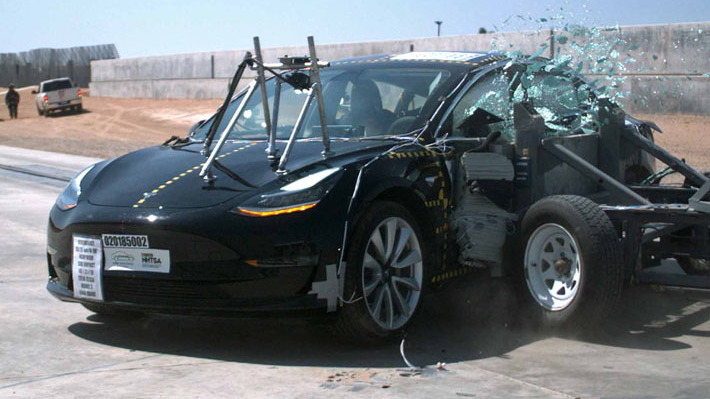 The 2018 Tesla Model 3 aced its federal crash-test regimen and earned top, five-star scores on all of its sub-tests, safety officials said this week.

The Model 3 follows the Model S and Model X, which have both aced the NHTSA's tests. The insurance industry-funded IIHS has only rated the Model S sedan so far, and it earned mostly top "Good" scores on its crash tests, except an "Acceptable" rating for driver's side front small-overlap crash protection.

Tesla has been under fire for some of the safety systems used in its Model 3 and other cars, including its driver-assist Autopilot features that have been blamed for some crashes, some of them fatal.

Earlier this year, a woman in Utah said her Tesla Model S accelerated and crashed into a firetruck on a busy suburban Salt Lake City highway while she was using Autopilot. Investigators haven't yet said if the driver-assist feature was to blame for the crash, but Tesla CEO Elon Musk lauded the sedan's structure for keeping the woman safe in the crash. Musk said the woman hit the firetruck at highway speeds and walked away with only a minor ankle injury.