Volkswagen is doubling down on its electric car strategy, it announced at a press event in Dresden, Germany on Monday.

The company announced plans to build 27 electric cars on its upcoming MEB affordable electric-car architecture by 2022 in an effort it calls "Electric for All."

Those include cars already announced, such as the ID small hatchback at the end of 2019; the ID Crozz small crossover vehicle in 2020; and the electric recreation of the classic Microbus in 2022, the ID Buzz. VW will also build another 22 models on the platform, vehicles which have not been identified. 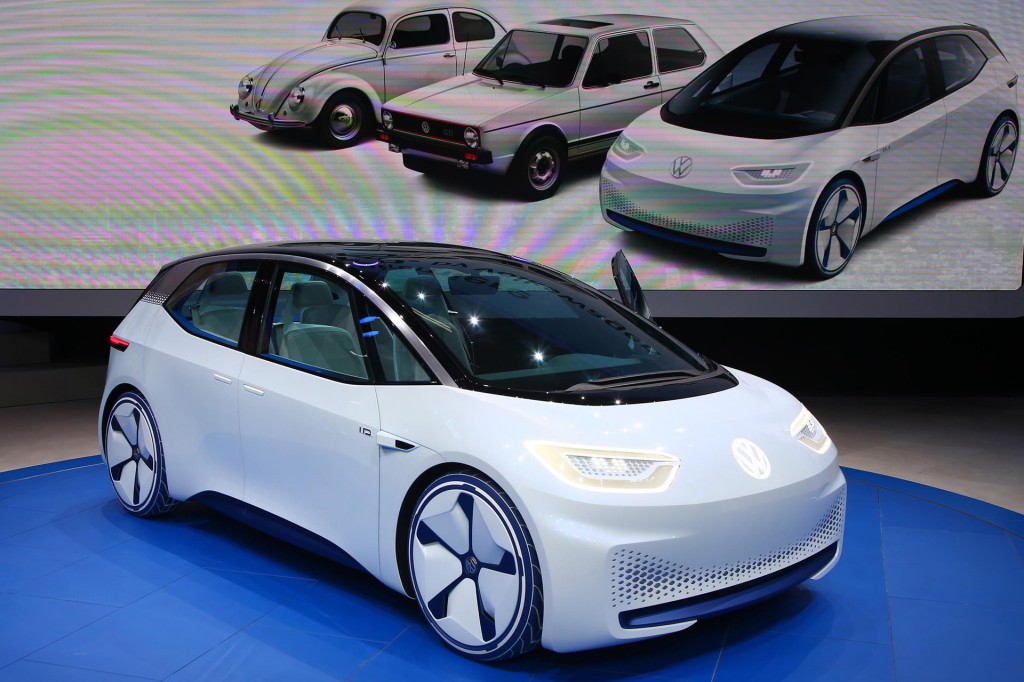 Volkswagen calls its new electric-car architecture MEB, a German acronym for "modular electric toolkit," and says it will be as transformative as the company's transition from the rear-engine Beetle to the front-wheel-drive Golf 40 years ago.

As such, it may represent the third trimester in VW's existence, after 40 years of Beetle production in the 20th century and another 40 years of water-cooled, front-wheel-drive-based internal-combustion cars since.

CHECK OUT: Volkswagen ID electric cars need names, but do these two work?

“The MEB is one of the most important projects in the history of Volkswagen—a technological milestone, similar to the transition from the Beetle to the Golf,” said VW board member for E-mobility Thomas Ulbrich.

At the tech-day event, VW showed a skeletal version of the MEB platform that will underpin most of its upcoming electric models worldwide. 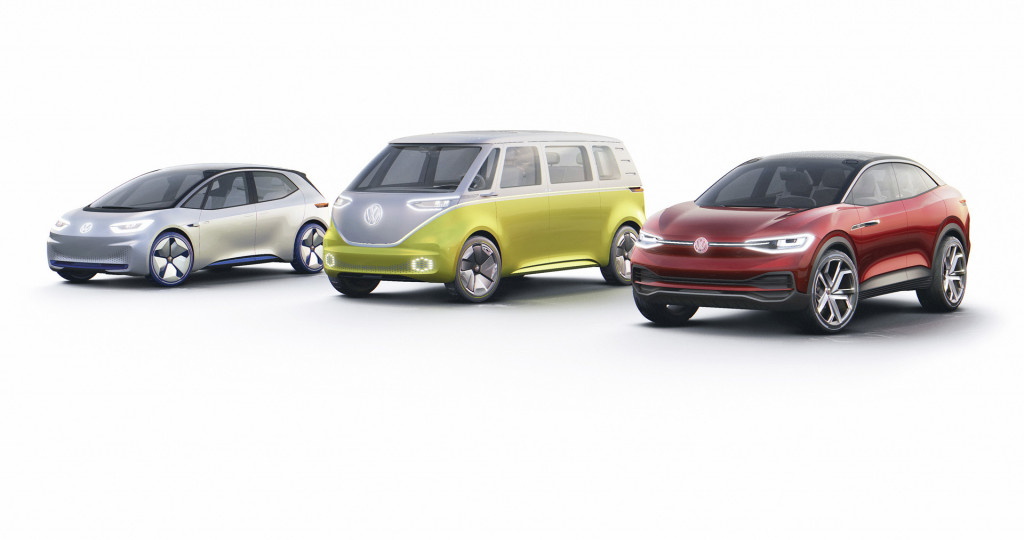 Company executives laid out plans at the Electric for All event to sell 100,000 ID hatchbacks and 50,000 more electrics from other brands by 2020.

Christian Senger, VW Group's head of electric cars, said electric cars based on the MEB architecture will incorporate fast-charging, and promised an 80-percent charge in about 30 minutes. Volkswagen has indicated the cars will have about 250 miles of range between charges.

“The cars hold the road really well thanks to the flat battery in the floorpan,” he said. "The space inside is much more generous—we are making substantial headway with the sense of spaciousness."

If the upcoming ID Buzz is to have the kind of space inside that the original Microbus did, that progress will be critical.

The company's luxury brands, Porsche and Audi, will also use additional electric architectures of their own for larger, more powerful models. 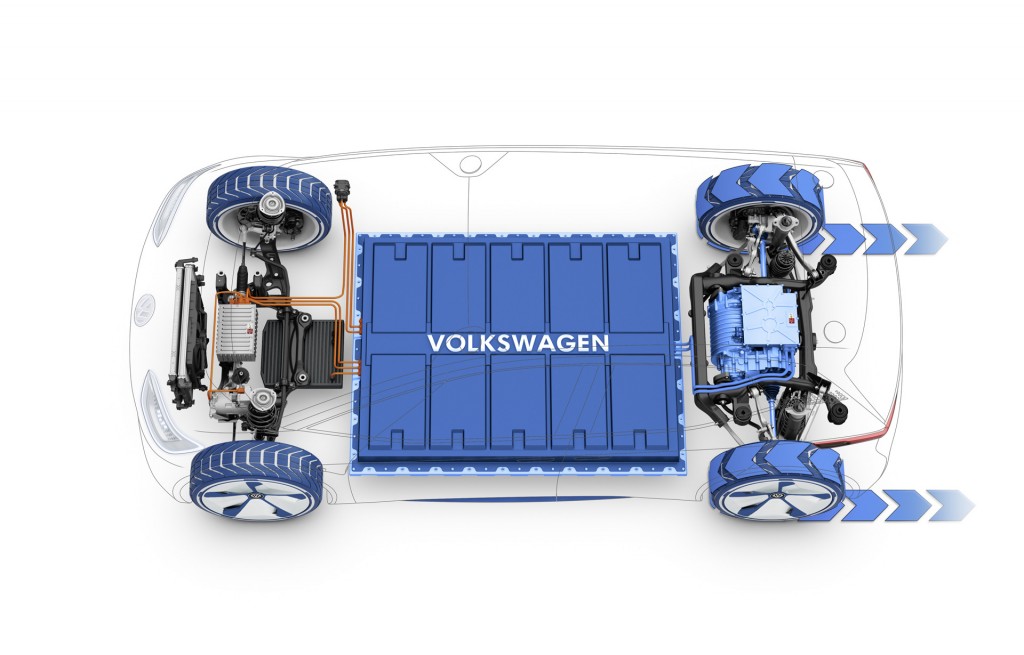 Porsche has said the Taycan will be able to charge at 350 kilowatts, enough to replenish 240 miles of range in 20 minutes.

By 2025, Porsche and Audi will have an array of new electric cars on a joint architecture known as the Premium Platform Electric, which has about 850 engineers working on it between the two brands.

READ MORE: Porsche Taycan specs trickle out ahead of debut next year

It is set to support both sedans and crossovers of various sizes and eventually to supplant the C-BEV and perhaps J1 platforms. Audi is expected to have two models on the platform, and Porsche one to start with.

Porsche may also be working on its own architecture for electric sports cars due to arrive sometime after 2025. 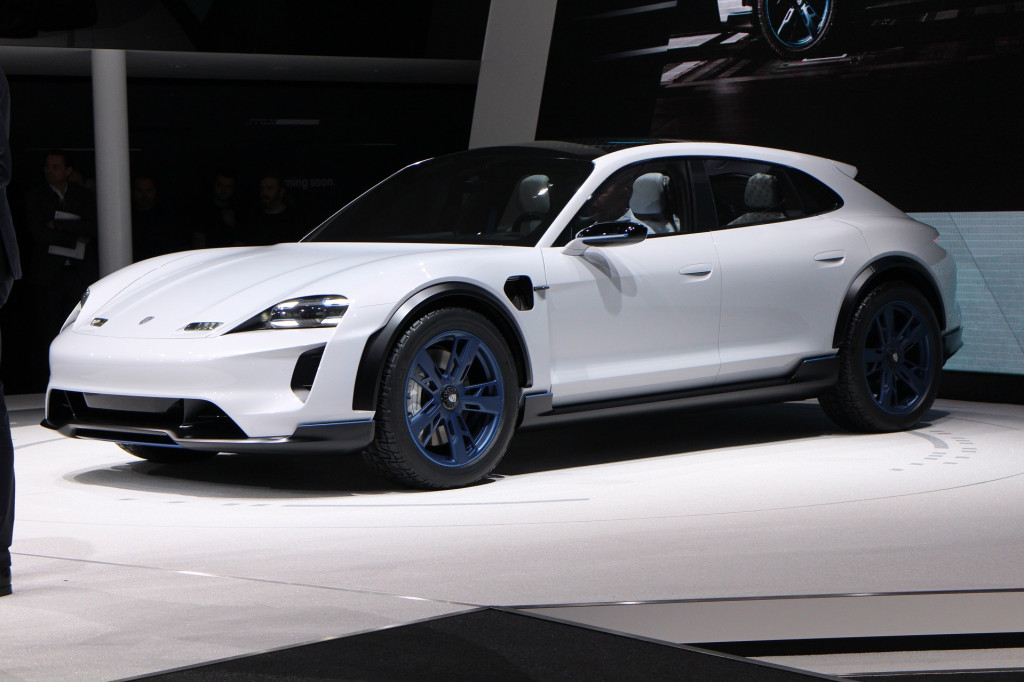 In all, Volkswagen has set aside $7 billion to make the switch to electric cars, and could be working on as many as 80 different models worldwide across all its brands.

Volkswagen Group chief Herbert Diess has acknowledged that some of the company's competitors have a head start.

"The burden for our company, such as the cost of bringing to market electric cars, will be higher than expected,” he said. “This is particularly so since some of our competitors have been making more progress."