As a trial balloon, it will launch an electric version of its four-door sports sedan under the Aston Martin brand, the Rapide E.

Now the company has released more details about the car beyond its 800-volt battery pack.

DON'T MISS: Aston Martin may be first with 800-volt charging

The company announced yesterday that the Rapide E will use a 65-kwh battery pack to deliver a range of about 200 miles.

The battery pack will use more than 5,600 cylindrical 18650 cells arranged in a proprietary pack sitting where the gas-powered Rapide's V-12 engine, transmission, and gas tank usually sit.

Two electric motors driving the rear axle will provide 601 horsepower and more than 700 pound-feet of torque. 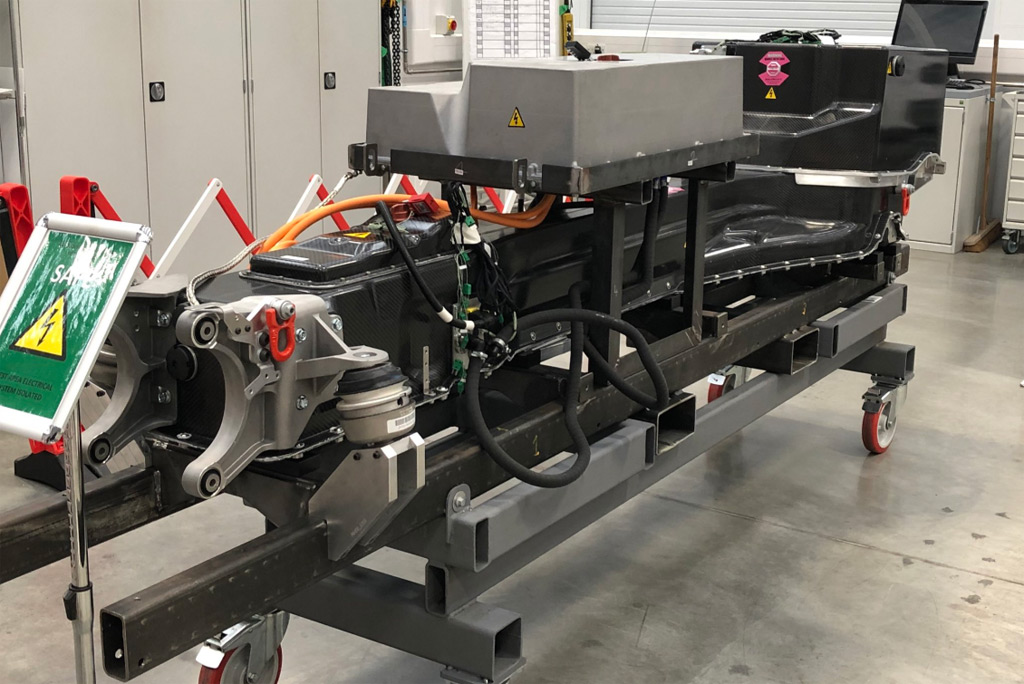 The car was engineered to maintain full power through a hot lap of the 12.8-mile Nurburgring test track in Germany, Aston Martin says it can maintain this level of performance on the street in more than short bursts.

Aston Martin is targeting similar handling performance as the gas version of the Rapide with revised spring and shock rates.

As it announced specs for the Rapide E, Aston Martin announced that it will dedicate a new factory in St. Athan, Wales, as its hub for electric-car development and production.

“As our first all-electric production model, Rapide E will fast-track our knowledge and help us ensure the character and high-performance capabilities of our future EV models and enhance the unique qualities found in all Aston Martins as we know them today,” said Aston CEO Palmer. “Rapide E will also serve as a critical step on our path to relaunching Lagonda as the world’s first zero-emission luxury marque.”

The company plans to build just 155 examples of the Rapide E before launching into full electric production with an electric SUV from Lagonda scheduled to arrive in 2021.