Dedicated reader John Briggs wrote in to Green Car Reports share his unfortunate experience with the airport police in Boston. We found his story so compelling, instructive—and dare we say entertaining?—that we felt it worthy of sharing. The following are his words, lightly edited for style.

This seems to be the reason I ended up with a parking ticket on my zero-emissions 2015 Nissan Leaf when I parked in a “green” spot at Boston’s Logan International Airport. My offense: My car was “Not a Hybrid.” But such things are always more complicated than it would seem at first glance.

Someone at MassPort (the agency that controls state parking structures) decided it would be good to encourage people to drive “green” vehicles to the Central Parking structure at Logan International Airport in Boston. The enticement would be in the form of 79 premium parking spaces up on the sixth floor located right next to the elevators.

The program seems to have its roots decades ago when the only green vehicles were hybrids. As a result, there are numerous metal signs that say, “Parking for Hybrid Vehicles ONLY.”  Presumably these were put up prior to 2010 when electric cars came onto the market.

Additional vinyl signage, presumably newer, has a different, likely conflicting, message: “Preferred Parking for Hybrid, Alternative Fuel and Powered Vehicles Only.” The choice of the word “and” with “Powered Vehicles” is odd as it would seem like all vehicles likely to park there are “Powered” by some means. It is possible the sign’s author intended that to mean “electric?” It would certainly help my case if the sign said “electric.” 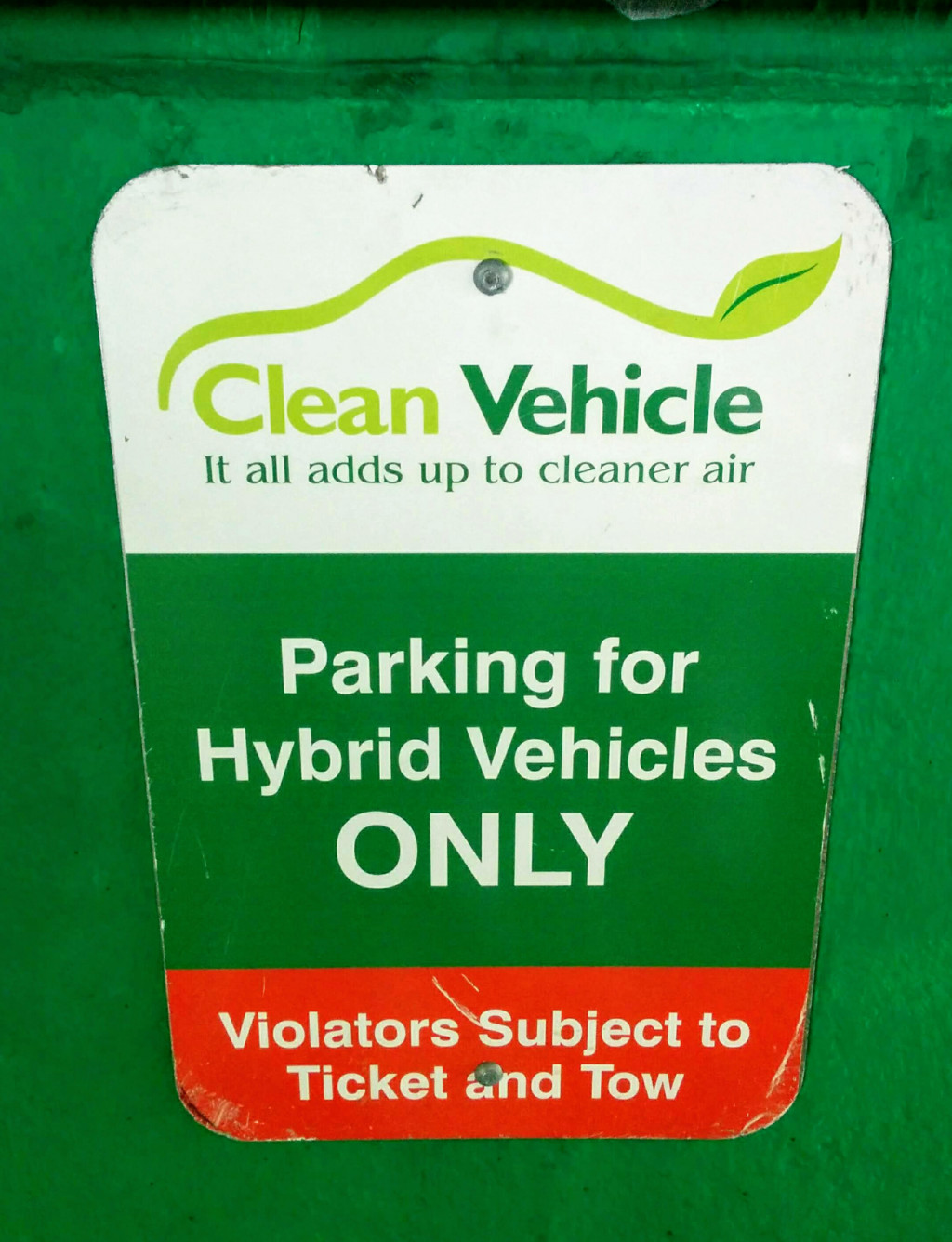 Parking sign at Logan Airport in Boston reserved for

There is only so much space on a sign, so perhaps there is more detail on the MassPort website. There it says, “Logan Airport has hybrid and alternative fuel only parking spaces.” So perhaps my car is considered an “alternative fuel” vehicle. But the website goes on to say “Alternative fuels are vehicles powered by compressed natural gas (CNG), propane or hydrogen” which still does not include electric vehicles.

Surely, wording aside, they intended the green spots to be for electric vehicles as well. They have 16 charging stations with their spots painted green, and with their own signs. That would seem to call for a whole separate discussion. For many environmentally aware drivers, “green” seems synonymous with electric.

On the other side of the equation, how does a law enforcement officer know if a vehicle complies with the rules? Most hybrids are nicely labeled with a “hybrid” emblem on the back.

However, the Nissan Leaf only says “Zero Emissions” which is clear enough for people with experience with green cars, but notably not the language used in any of the signage or on the website. This could add to the confusion.

CHECK OUT: Battery-electric vehicle versus plug-in hybrid: why having both makes sense

Massachusetts has “EV” license plates to indicate any vehicle with a high-voltage battery pack that could help clarify things. Unfortunately, this system is optional, and my car has a traditional non-EV plate. 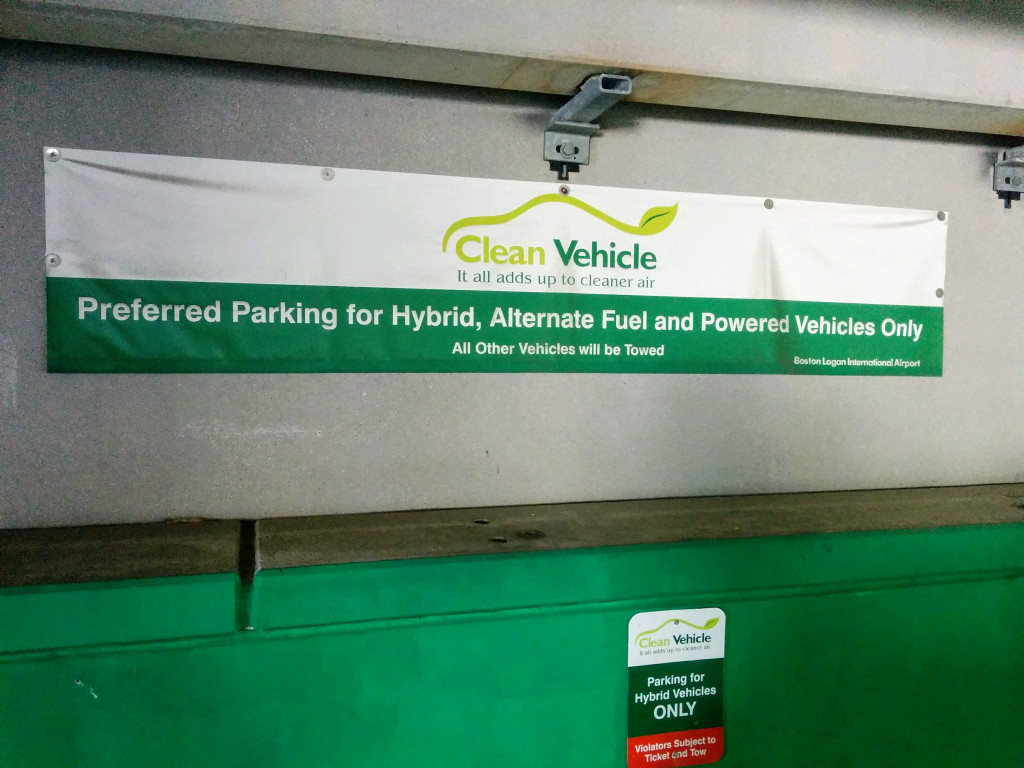 So the reason for the ticket seems to be poor understanding of which vehicles can park in the green spaces, combined with the lack of an easy way to identify cars as compliant or non-compliant despite my assumption that electric cars should be allowed to park there.

The ticket will be contested and a request will be made to update the signage. We will see what happens.