Sometimes, when tucking in for the evening, you can't help but wonder: did I really make the right choice? Could I have done better? Even now, could I still do better?

This is the question I ask myself, each evening, when I park my 2015 Nissan Leaf in the garage next to my wife’s 2006 Toyota Prius.

Given that both vehicles are now driven daily into Boston from the suburbs, a direct comparison seems inescapable.

Cost (your mileage may vary)

Like many people, my wife keeps a logbook for the Prius showing the odometer readings, gallons added at each fill-up, cost, and indicated mpg. We now have nearly 10 years' worth of data for the Prius. 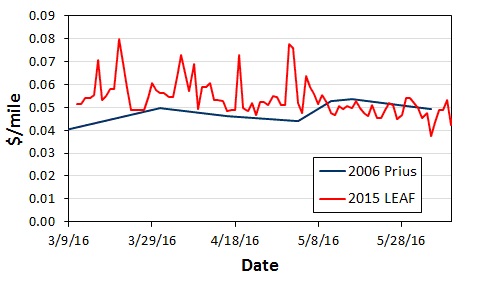 For the Leaf, I record the odometer value each day along with the kilowatt-hours that were added the previous night as reported from my ChargePoint Home 25 charging station.

The cost of the electricity comes from adding up seven separate per-kwh charges on my Eversource electric bill.

Having read many stories promising that electric cars will be half the cost per mile to operate, you might expect that I would be writing the same thing here.

However, over the last few months, the Nissan Leaf has been slightly more expensive to “fuel” than the Prius, at 5.4 cents per mile versus 4.9 cents per mile.

So why is the all-electric Leaf costing us more per mile? It comes down to our peculiar set of circumstances and where we live.

Here in Massachusetts, electricity costs us an average of 20.5 cents per kwh, versus 12 cents per kwh across the U.S. as a whole.

Additionally, gasoline prices fell as low $1.68 per gallon in early March 2016, the lowest numbers seen in at least seven years and less than half the $4-per-gallon highs that were reached a few times during those years.

Lastly, the Prius is a challenging vehicle to compare to, since the average passenger vehicle purchased today gets only half the 50 mpg we see in the Prius. 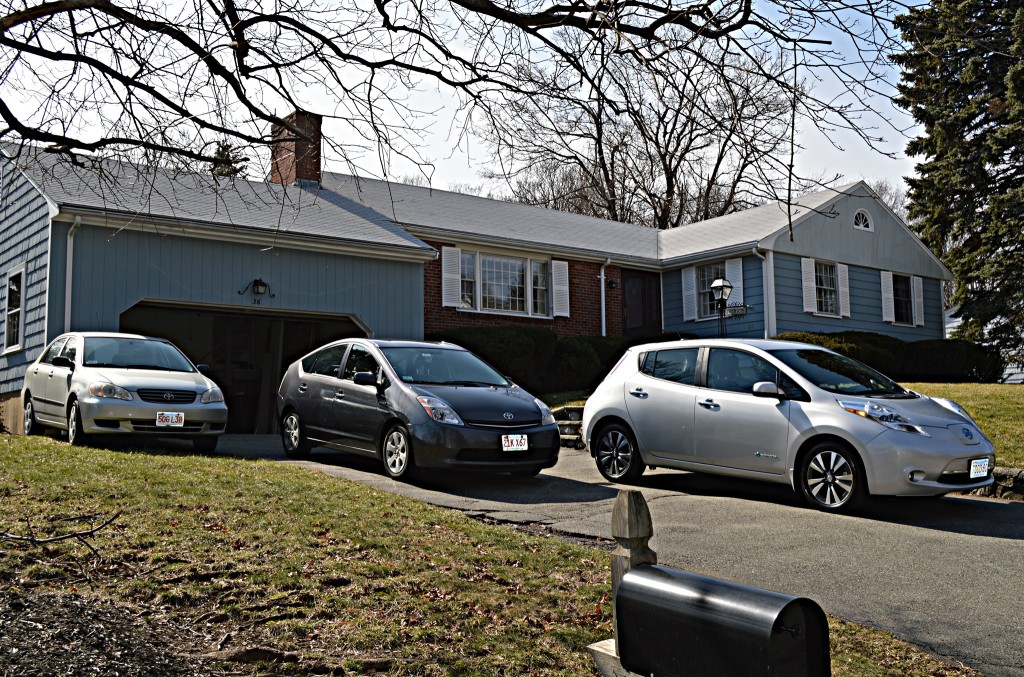 So, under more common circumstances, electric cars will easily be half the cost per mile to "fuel"—or less—compared to a gasoline-powered car.

That's just not the case for us.

Like many people these days, I have been working to decrease my carbon footprint.

That's the reason that I switched to compact fluorescent bulbs, then later to LED bulbs. It's why I hang my clothes to dry rather than put them in the electric clothes dryer.

ALSO SEE: In Just One Year, Electric Cars Have Gotten Cleaner: How'd They Do That? (Dec 2014)

And that's partly why I own the two vehicles that I do.

According to the latest Miles Per Gallon equivalency map from the Union of Concerned Scientists, the Prius would need to get 86 mpg in the Boston area to have a carbon footprint as low as that of an electric car charged from the grid. 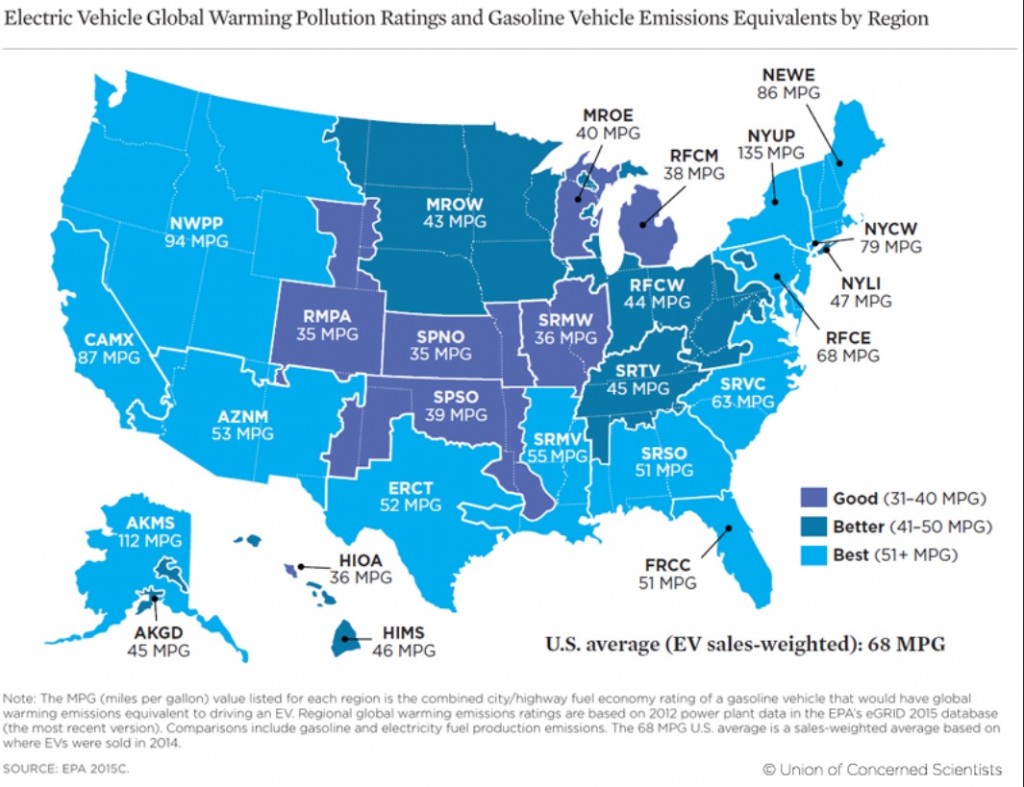 My Prius actually gets only 48 mpg.

That means that the LEAF has a carbon footprint that's 77 percent lower, a significant improvement.

Again, that's in comparison to the Prius which has the lowest carbon footprint of any non-plug-in vehicle sold in the U.S. 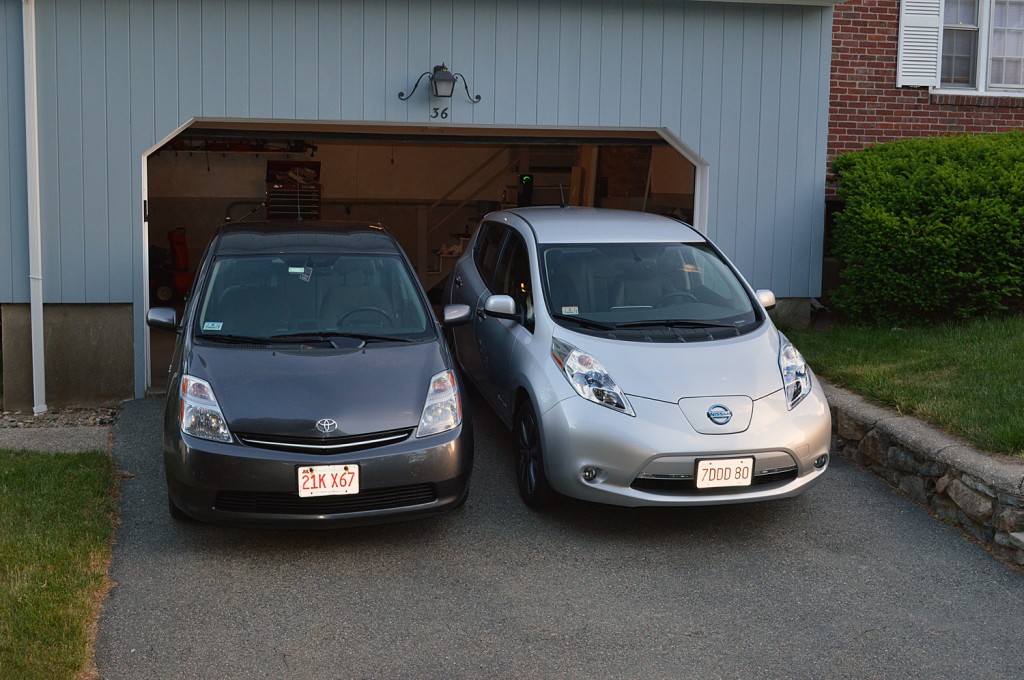 Like it or not, when you spend your money on something, you are indirectly supporting the manufacturers, distributors, and countries involved in supplying that product.

In 2013, the United States spent $427 billion on imported oil, which has a significant negative impact on the balance of trade between the U.S. and other nations. The gasoline that goes into the Prius is partly derived from that imported oil.

Electricity is, by its very nature, land-locked and locally produced. That means that most of the money spent to power the Leaf is spent locally, which supports my friends and neighbors and the local economy—or at least the domestic economy.

CHECK OUT: New Data Shows Electric Cars Won't Be A Problem For Utilities

Sure, there is the questionable nature of nuclear power and of natural gas derived from fracking, which creates a fraction of the electricity on the New England grid.

On the other hand, there is the possibility of powering our Leaf from renewable energy for an additional beneficial application of capital. 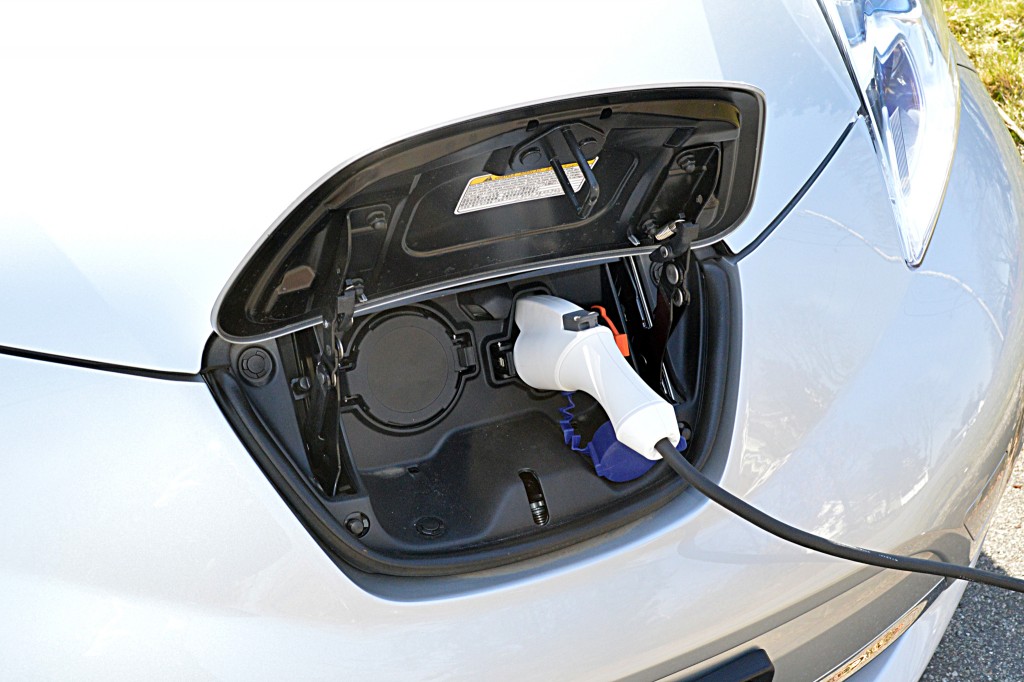 In sum, comparing my electric Leaf to my gas Prius: the cost is about a wash, the carbon is a big win, and the capital is being better applied, at least in my opinion.

So when I tuck my Leaf into its garage at night, plugging it in to recharge on electrons from the relatively clean New England electric grid, I sleep comfortably.

Often, I dream of a world where we all breathe a little bit easier.