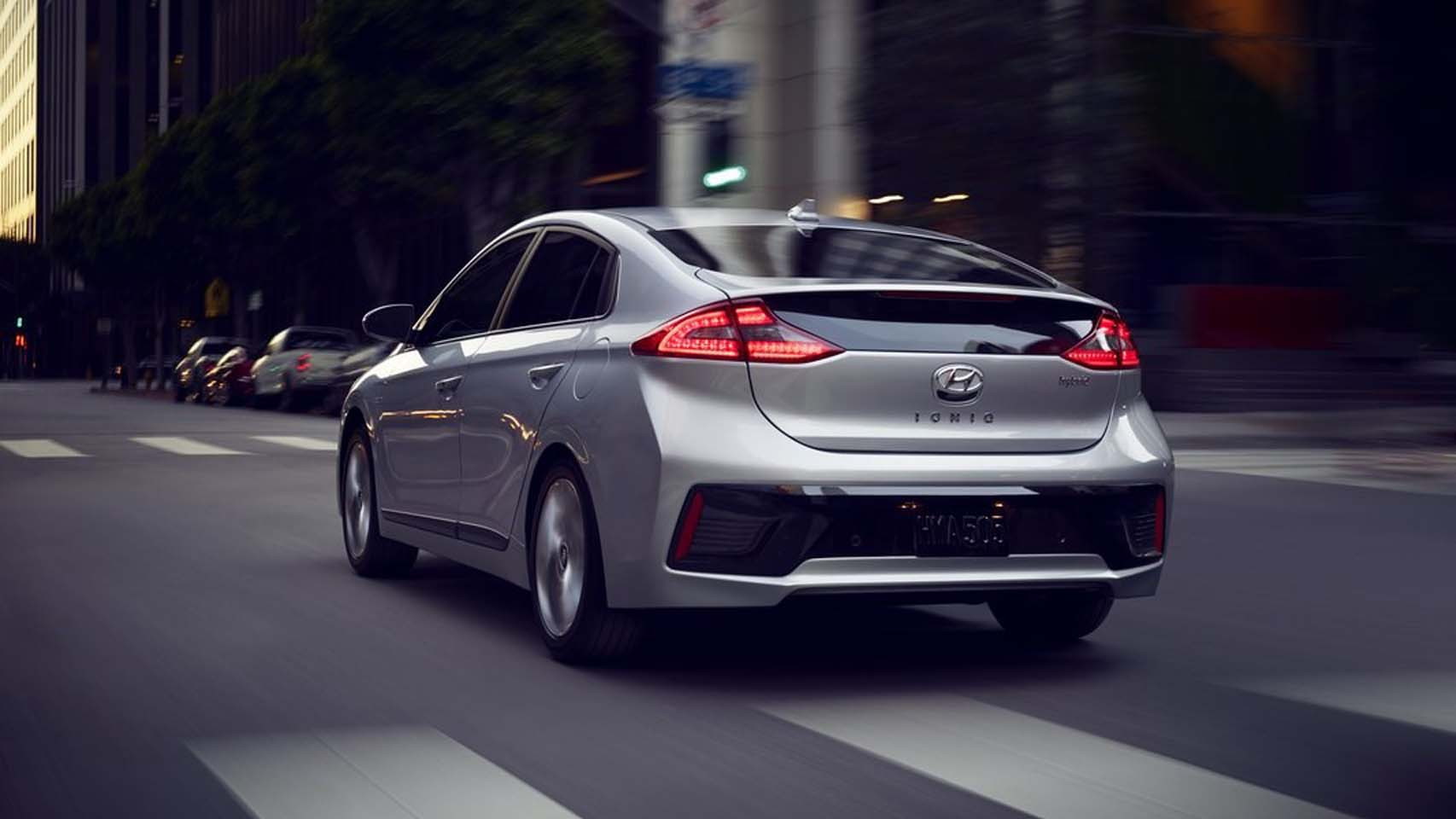 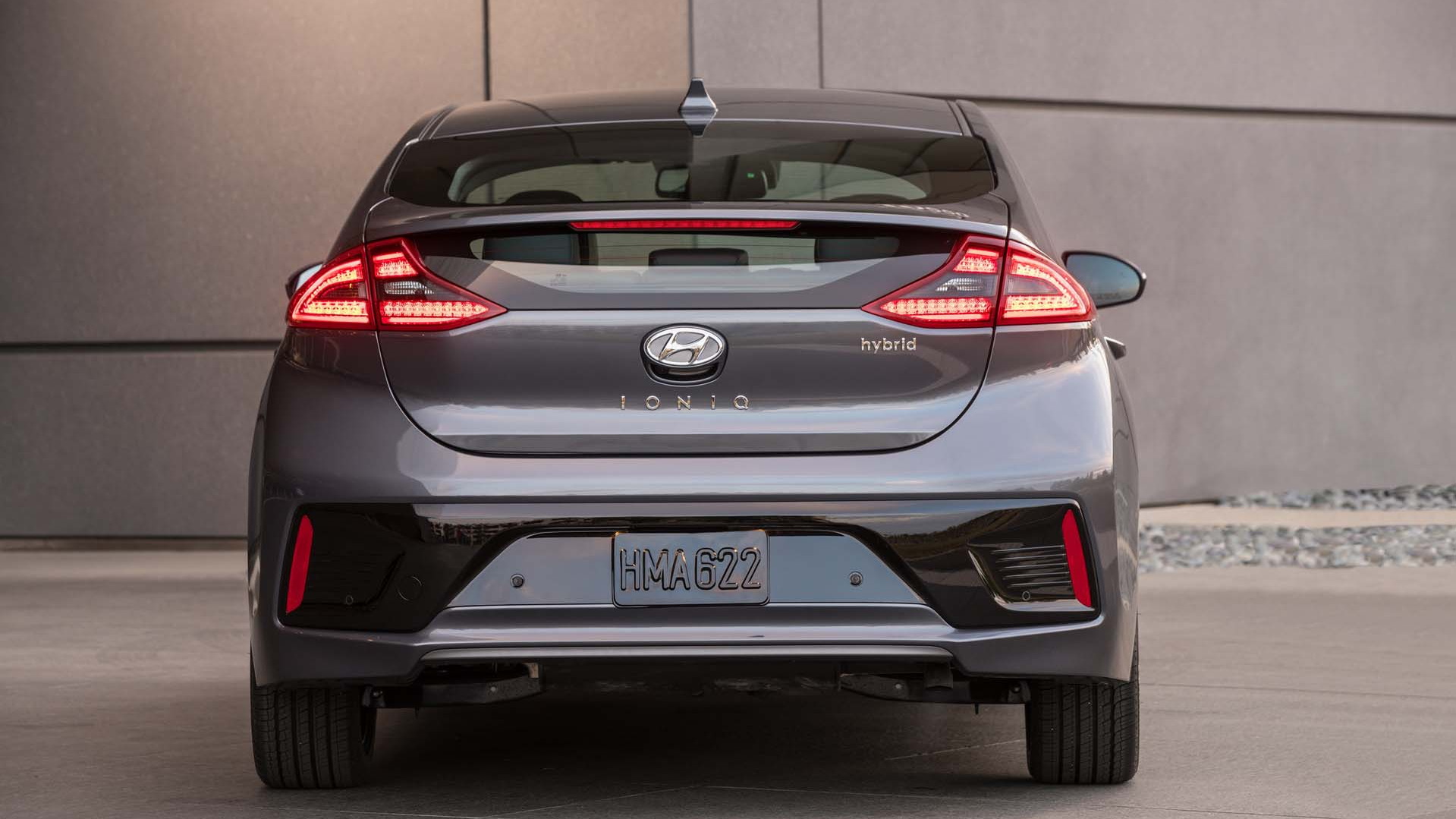 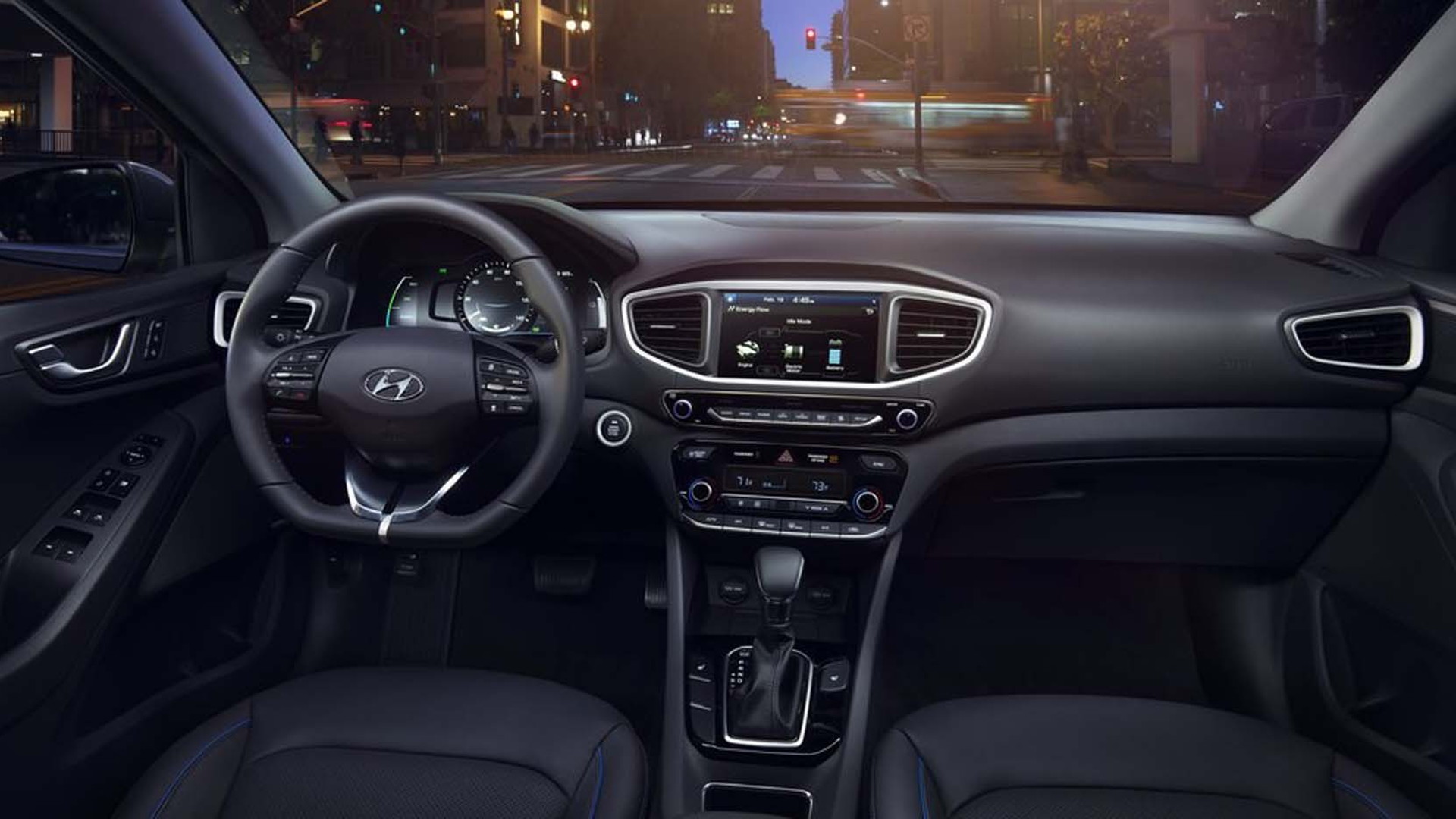 The 2019 Hyundai Ioniq returns this year as an inexpensive alternative for green car shoppers on a budget.

Its lineup has fully matured now; the Ioniq is available as an affordable hybrid, a slightly more expensive plug-in hybrid, or a fully electric model available in limited areas. We say: green, greener, or greenest—no bad pick.

The most notable change for the Ioniq this year is the addition of standard automatic emergency braking on the Hybrid SEL, the bread-and-butter trim level that likely starts at just more than $25,000 (Hyundai hasn't yet announced pricing for the 2019 models). The SEL trim level includes heated front seats, 16-inch wheels, power-adjustable driver's seat, and LED daytime lights.

Value-minded buyers can find nearly as many features for less money, however. Likely starting around $23,000, the base 2019 Hyundai Ioniq Blue is equipped with a 7.0-inch touchscreen with Android Auto/Apple CarPlay compatibility, cloth upholstery, a 6-speed automatic transmission, 1.56-kwh lithium-ion battery, and 15-inch wheels. The base Ioniq Blue has the distinction of being the most fuel-efficient car without a plug on sale in the U.S. with a 58 mpg combined rating. Other Ioniq Hybrids are rated at 55 mpg combined due to added weight and different tires.

At the top of the pile is the Ioniq Limited that swaps in leather upholstery, a sunroof, 17-inch wheels, and Hyundai's telematics system for more than $28,000 to start.

A spend-up package is available for SEL and Limited models that upgrades the touchscreen to an 8.0-inch unit with navigation, adds premium audio, wireless cellphone charging, and advanced voice recognition.

Plug-in hybrid and all-electric models are available in base and Limited trim levels. Plug-in hybrids likely will cost nearly $26,000 and electric models ring the bell at just over $30,000 before applicable federal and state incentives are factored in.

The Ioniq Plug-in Hybrid swaps out the hybrid's 1.56-kwh battery for a larger 8.9-kwh battery system that delivers an EPA-rated 29 miles of electric range before the 1.6-liter inline-4 internal combustion engine kicks in. It's rated at 52 mpg combined as a hybrid.

The Ioniq Electric is limited in availability—and in other ways. The electric Ioniq only offers 124 miles of range, significantly less than the Bolt EV and the upcoming 2019 Nissan Leaf with a bigger battery. The Ioniq Electric is only available in Southern California too, and a confusing charging reimbursement program was dropped for 2018. That may not matter to seasoned EV owners who are accustomed to off-peak charging or who are familiar with existing charging infrastructure, but the Ioniq Electric is hardly appealing to first-time EV buyers with its limited range and availability.

In any powertrain configuration, the Ioniq's best trait may be its ability to blend in seamlessly to everyday operation. There are no "look at me" styling cues to give away the Ioniq's efficient powertrain, and it's dangerously close to being completely normal.

That also figures into the Ioniq Hybrid's usability. The cargo hold is still 23.5 cubic feet (marginally smaller than a Prius) but its wide opening makes most of that space usable. The Ioniq's touchscreen and infotainment is still one of our faves, made better with smartphone compatibility that new buyers might prefer.

We still think the most likeable part of the Ioniq Hybrid is its low price and three available powertrain configurations that is, so far, unmatched by any of its competitors.