We have electric cars, and electric trucks, why not an electric RV?

Winnebago is selling zero emissions versions of its 33-foot and 38-foot Class A motorhomes from its custom Commercial Shell division.

Since RVs are built on existing truck chassis from Ford, Chevrolet, and others, it's a fairly simple step to build a camper on top of a chassis that has already been converted to battery power.

Motiv Power Systems makes electric truck chassis in a variety of sizes to suit various sized RVs, from Class-C's with a "Grandma's Attic" to sleep in, to integrated Class As built on various sized chassis.

The chassis are set up to accommodate any type of battery chemistry, from lead acid—lots of lead-acid batteries—to nickel, to lithium, so RV manufacturers or even users can choose their price and range level.

As usual, range is the rub. Until fast charging infrastructure comes to the remote areas where Americans like to take their campers, it's unclear how far such an electric RV could get into the back country. 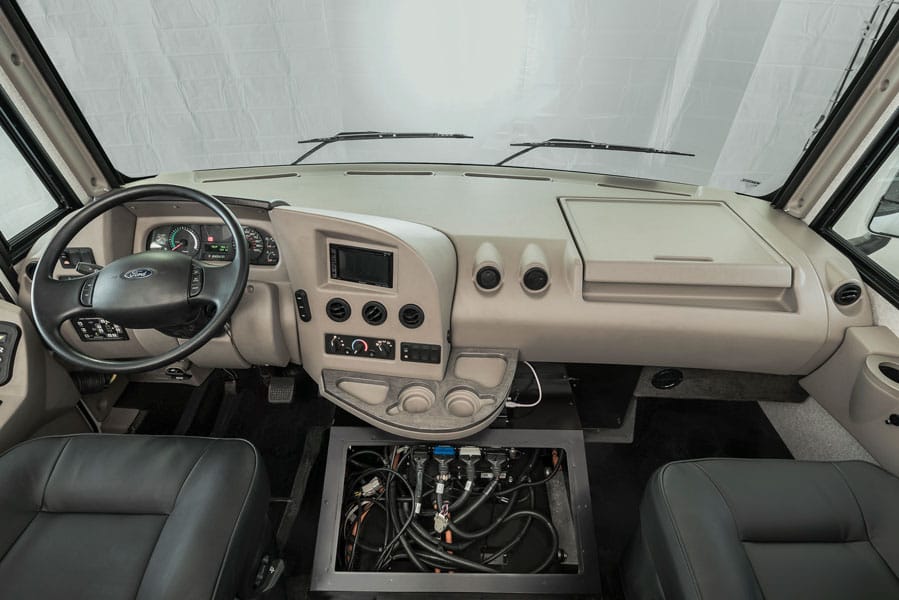 Lots of RVs get used as mobile health clinics or libraries, and that seems to be the target market for this RV.

On the other hand, RVs burn copious amounts of fuel when they're on the road, and many RVers might appreciate a more efficient way to do their driving. Many RVers spend more time living in their rigs than driving them anyway and could benefit from all that extra electric power when camping. Many only travel short distances between stays when they are on the road.

Most camp grounds also already have 230-volt power on many sites for the largest RVs. So building out a faster charging infrastructure may not be so hard to roll out.

Pulling the pieces together for an electric RV drivers who've made a commitment to living without petroleum can join others in a life on the road.