The production values are high and the message is clear in a video released Tuesday by The Sierra Club.

The environmental advocacy group 's goal is simple: highlight the contrast between Ford Motor Company's claims of sustainability goals and its behind-the-scenes efforts to roll back U.S. corporate fuel-economy rules.

A proposal to modify, freeze, or roll back those rules is expected on March 30 from the NHTSA, now headed by Trump appointee Elaine Chao.

While the 53-second video says little about the specifics of Ford's claimed efforts—more detail appears in a Sierra Club blog post from last October—the spot uses automotive history in a clever and effective way.

A drive gets into a crossover utility, notices that the automatic transmission has only reverse gears, shrugs, puts it into gear ... and rockets backward.

He finds himself in a century-old Ford Model T, underscoring the onscreen message: "Ford is trying to roll back these standards ... so they can make cars with worse gas mileage than the Model T."

Ford joined GM and Fiat Chrysler in signing on to rollback efforts by the Alliance of Automobile Manufacturers, a DC-based lobbying group.

Regulators and automakers provisionally agreed on CAFE rules for 2022 through 2025, but the NHTSA hadn't finalized them when Donald Trump took office in January 2017.

Corresponding EPA regulations on carbon-dioxide emission were adopted in the last days of the Obama administration; EPA administrator and fossil-fuel proponent Scott Pruitt is working to modify or kill those rules.

With gas prices continuing at low levels and better fuel economy among all classes of vehicles after seven years of CAFE rules, U.S. buyers have switched to utility vehicles from passenger sedan and hatchbacks in large numbers.

READ THIS: Trump NHTSA might reduce fuel-economy rules for two-thirds of U.S. vehicles

Ford's former CEO, Mark Fields, was particularly vocal in his criticisms of the EPA's action, arguing its voluminous Technical Assessment issued in July 2016 didn't account for carmakers' viewpoints or consumer preferences for SUVs over passenger cars (a change the footprint-based rules specifically addressed).

In a January 2017 article in The Washington Post, Joe Hinrichs, then Ford's president of the Americas, said, “Everybody in this industry is kind of realizing simultaneously [Trump] could be quite good for us."

Ford's chief financial officer, Bob Shanks, lauded President Trump's use of Twitter as "innovative" in the same article. No other automaker was quoted in the piece. 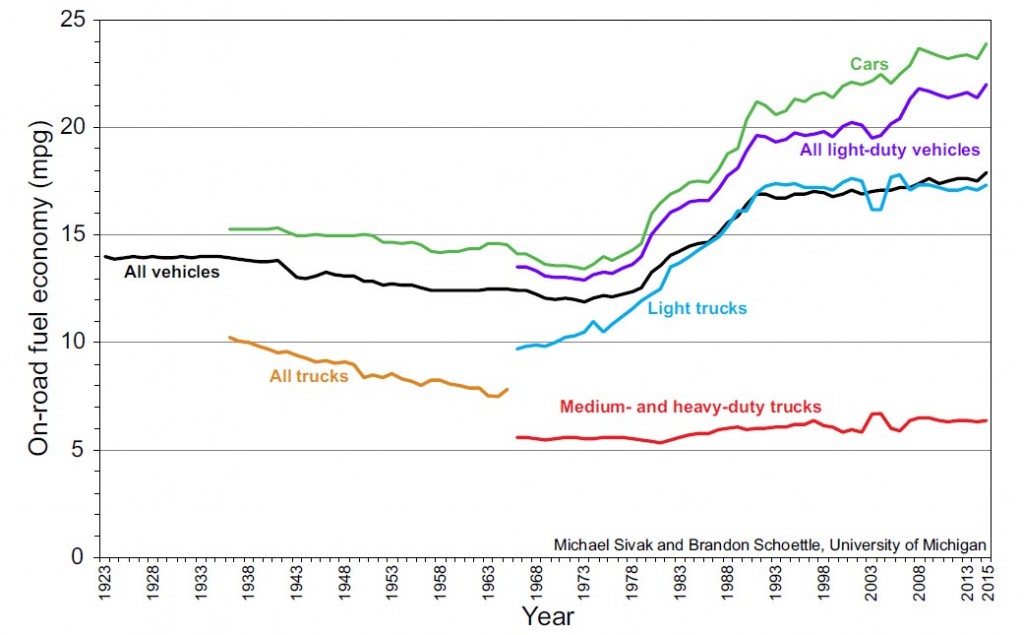 On-Road Fuel Economy of Vehicles in the United States: 1923-2015 (Sivak and Schoettle)

That has kept the sales-weight fuel efficiency of new vehicles sold in the U.S. at roughly 25 mpg for four years in a row.

Ford may be the most vulnerable of the three Detroit automakers to target. It hasn't introduced a single new hybrid, battery-electric, or plug-in hybrid model since mid-2012.

Fields was fired last May, reportedly in part because of the company's lack of action on new electrified vehicles.

That lack that has only become more glaring since China's September announcement that it would ban sales of new vehicles with engines at some future point.

Crosstown rival General Motors has launched the 238-mile Chevy Bolt EV electric car and is now on its second generation of the Chevrolet Volt plug-in hybrid. 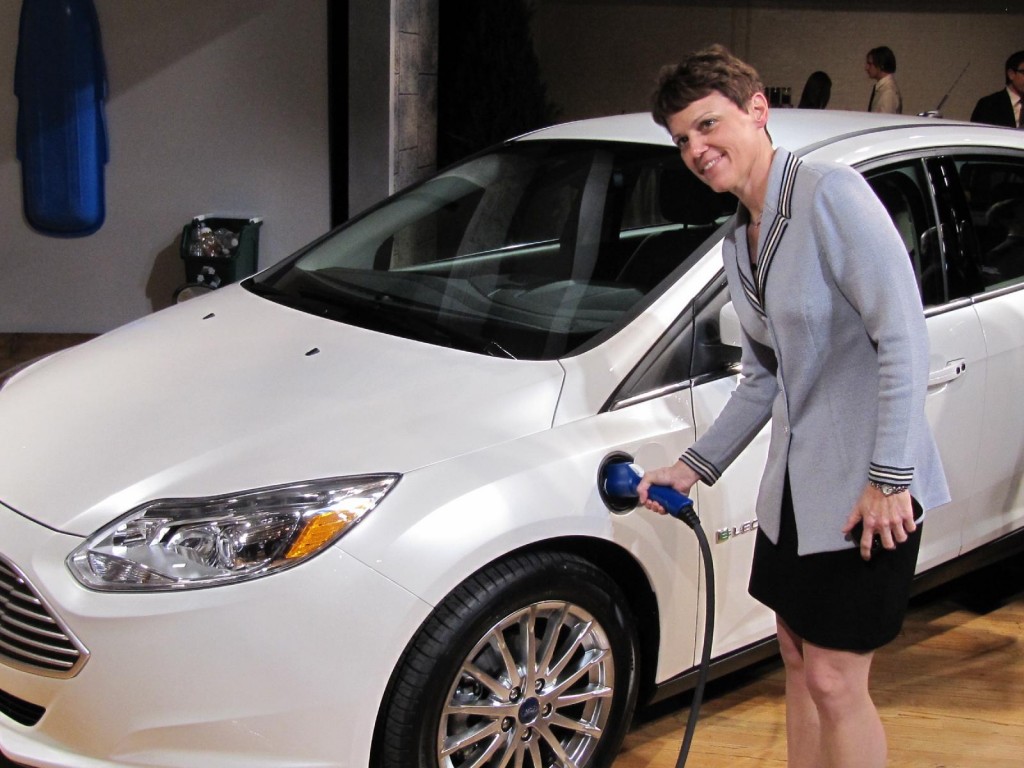 Green Car Reports asked Ford for its response to the Sierra Club advocacy effort. A member of its communications group, Christin Baker, provided the following statement, which essentially side-stepped the question:

We are driving carbon reductions with more hybrids, plug-in hybrids and battery electric vehicles. Last week, we announced we are investing $11 billion to put these new electric vehicles on the road.

Specifically, by 2022, we will have 16 battery electric vehicles and 24 plug-in hybrids and regular hybrids for a total of 40 electrified vehicles.