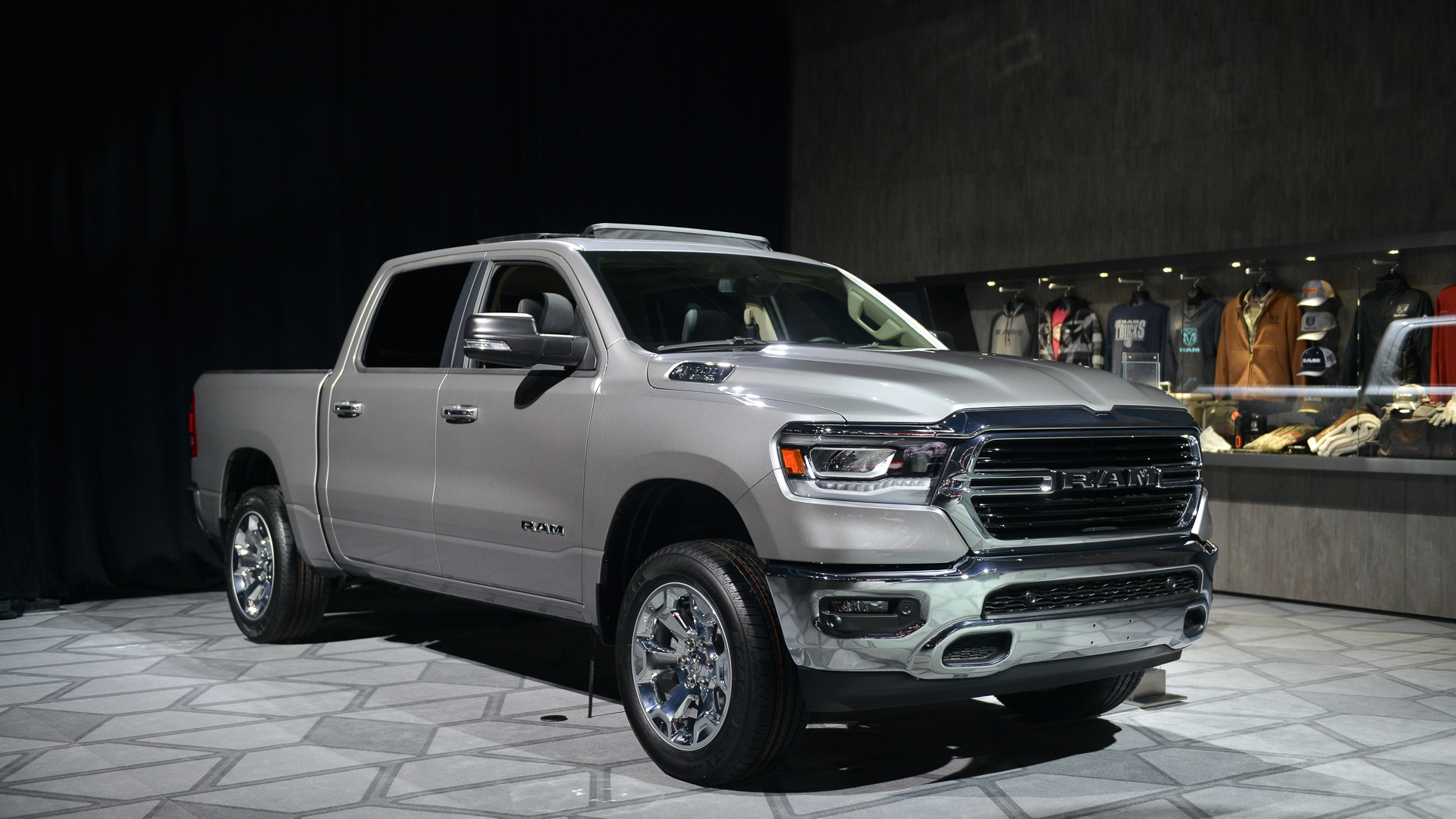 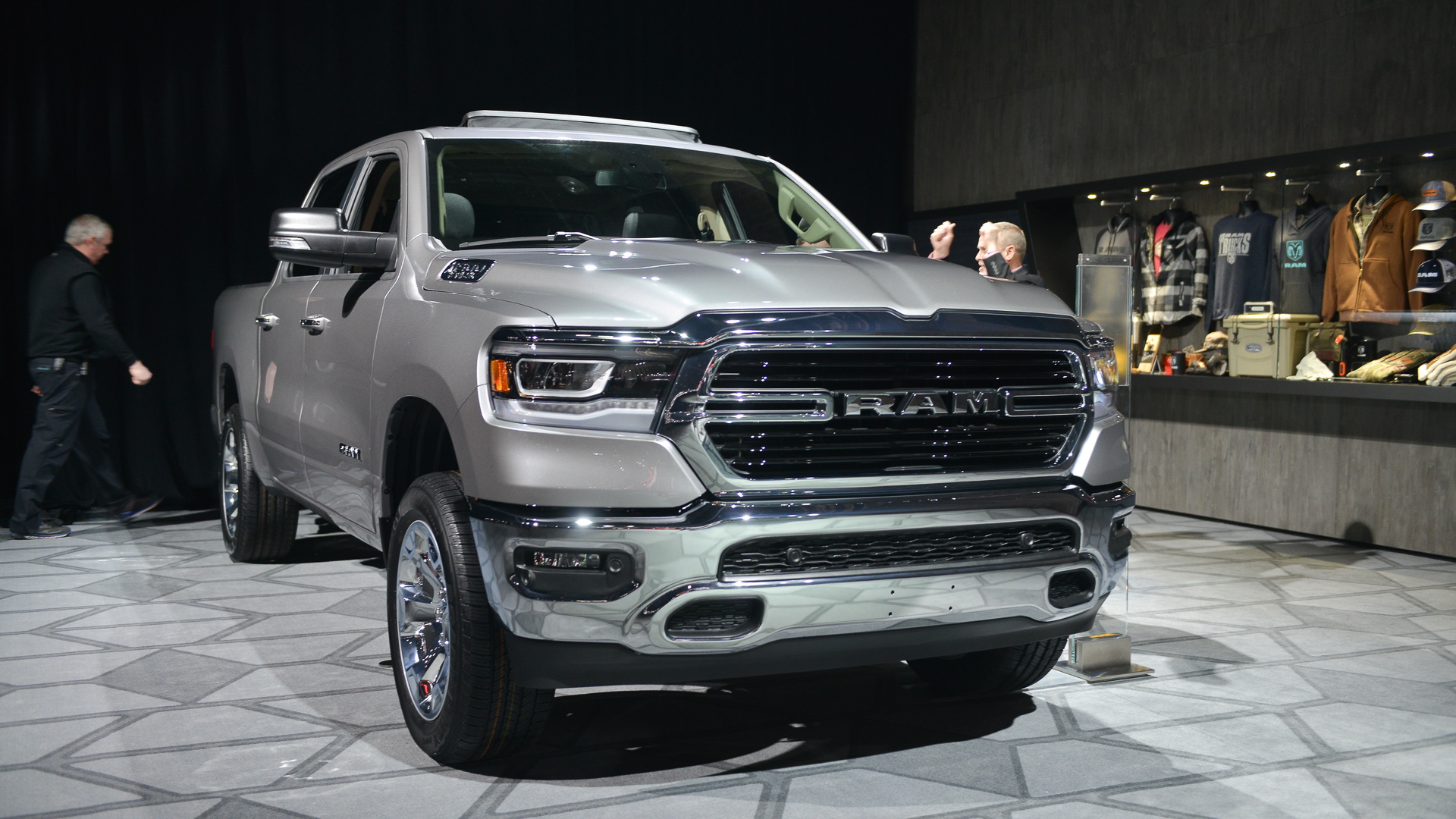 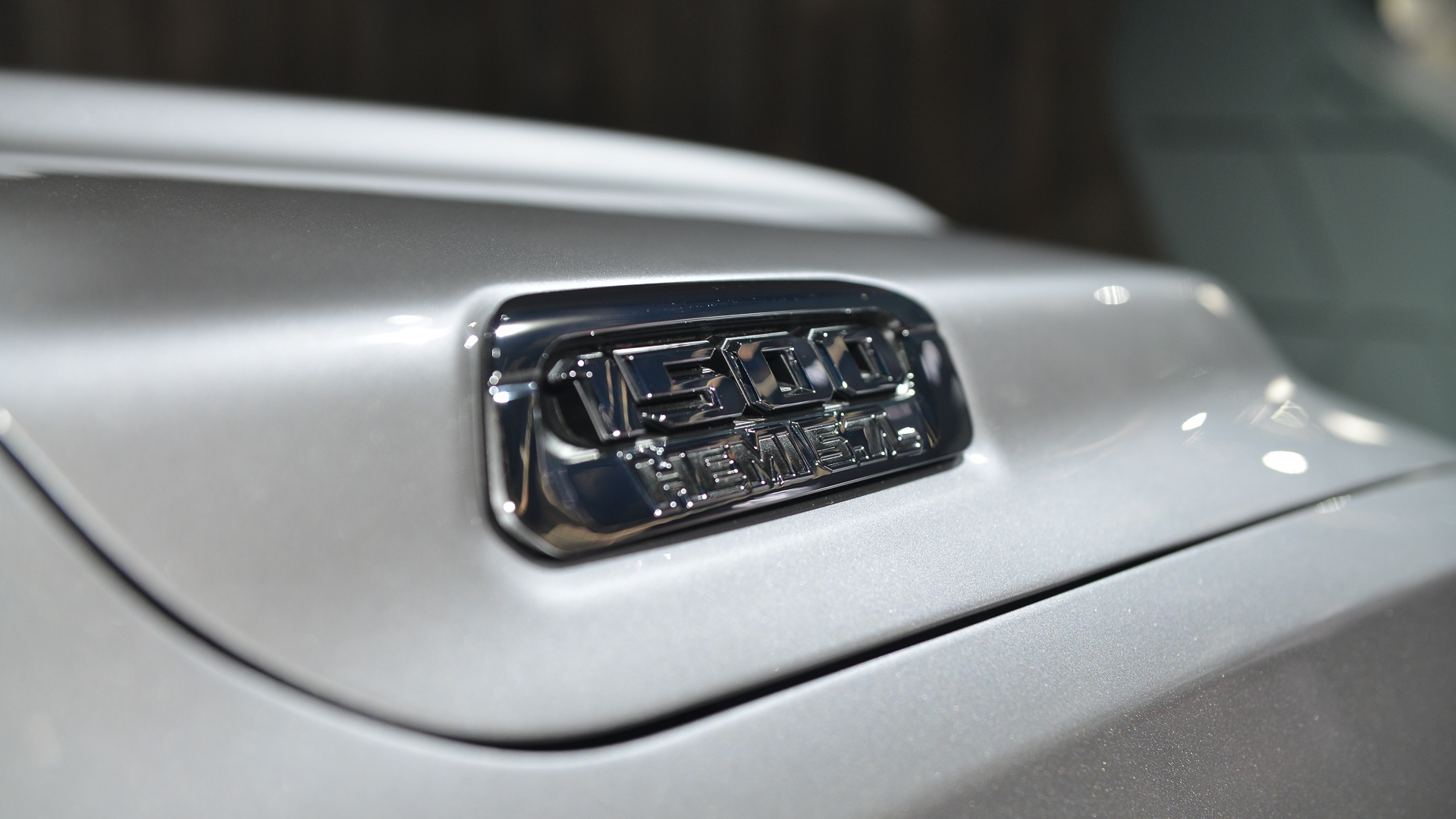 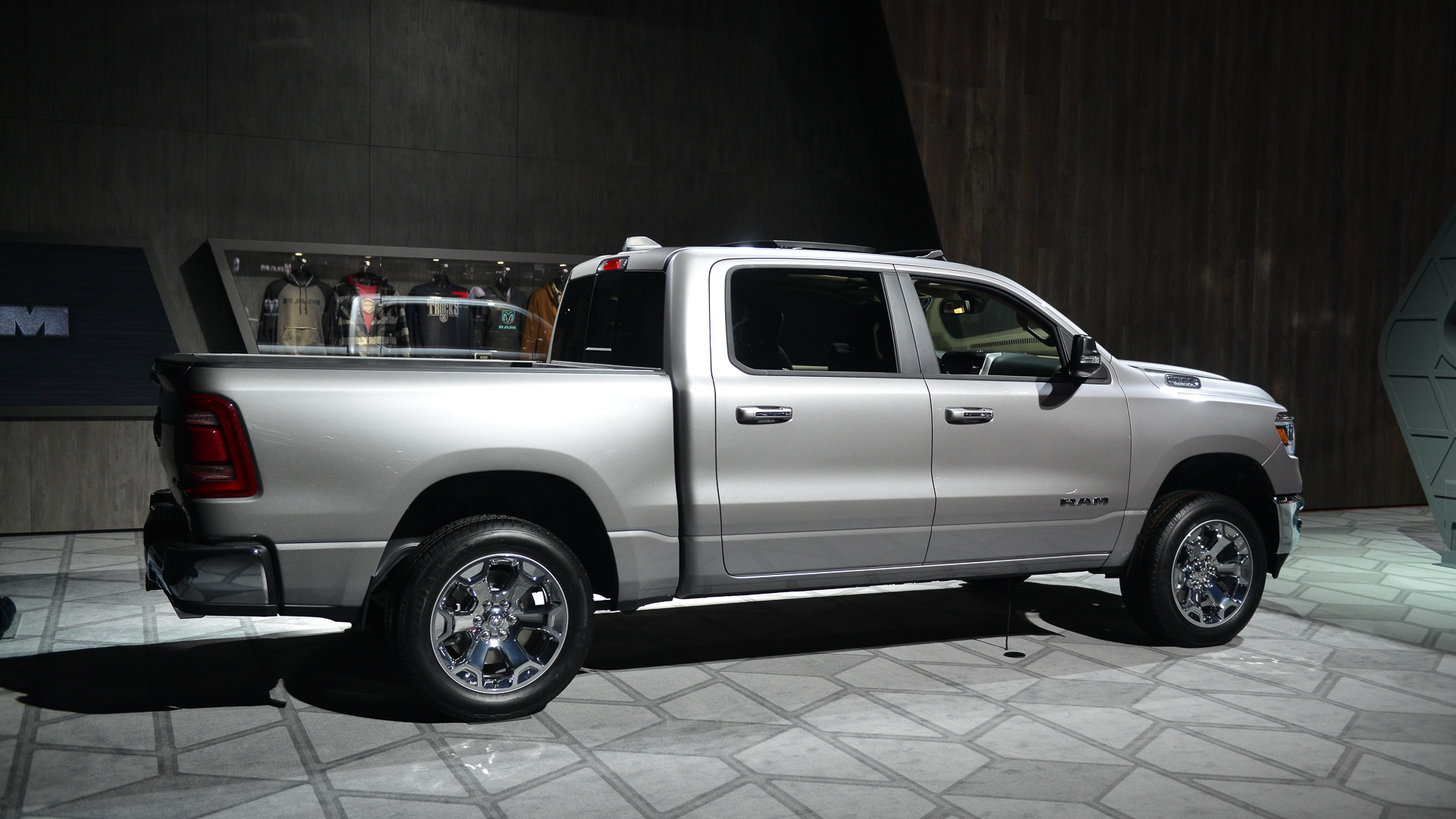 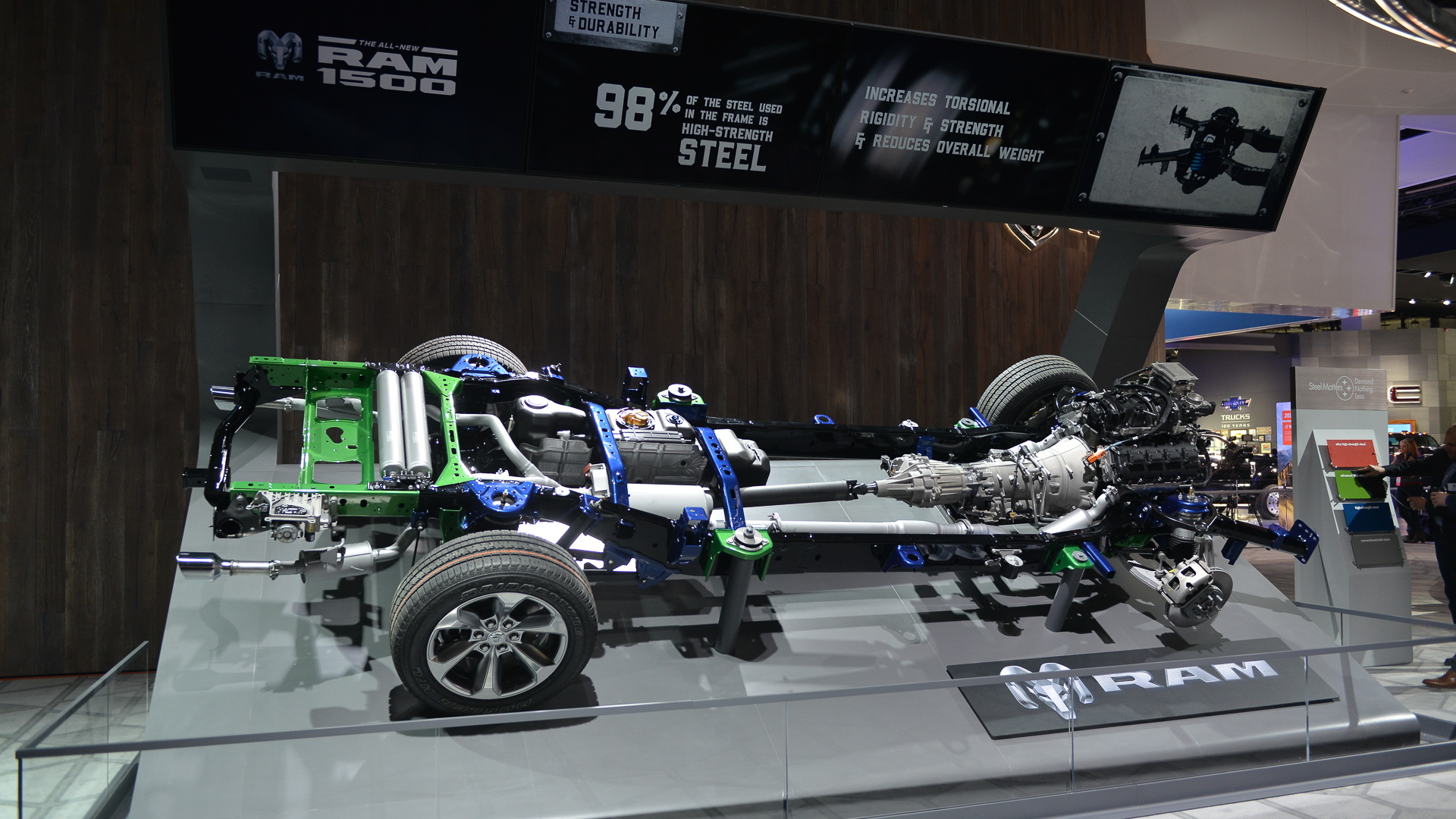 The dominant news at the 2018 North American International Auto Show in Detroit was about pickup trucks.

Ironically, the Detroit automaker with the fewest electrified models on sale was the only one to bring hybridization to a new truck, in the form of its brand-new 2019 Ram 1500.

Fiat Chrysler Automobiles has lagged GM and Ford on the electrification front, only recently putting hybrid technology in its Pacifica minivan and soon its Wrangler SUV.

Coincidentally, it's the hybrid system used by the Wrangler—a 48-volt mild-hybrid setup—that's making its way into the new light-duty Ram pickup.

Called eTorque, the mild-hybrid system should give a decent fuel economy boost when teamed with either the 3.6-liter Pentastar V-6 or 5.7-liter HEMI V-8 in the Ram, but FCA hasn't released fuel-economy details. 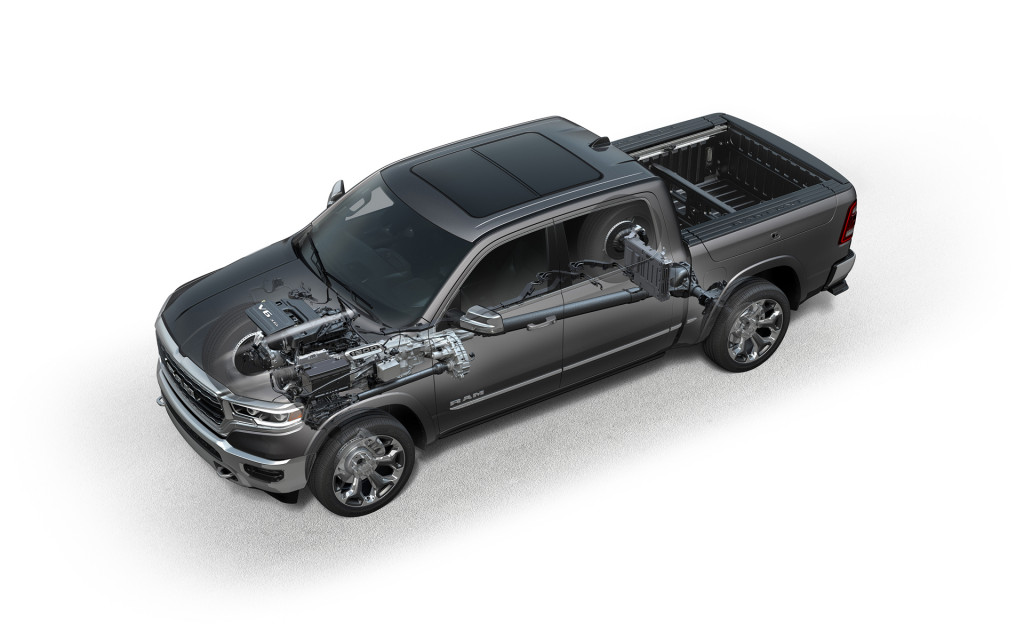 All V-6 models will come with the mild-hybrid system as standard equipment.

However, if you want to forgo the extra torque and complexity of the system in a work truck, buyers can opt out of the hybrid gear for V-8 models.

Unfortunately, the 3.0-liter EcoDiesel V-6 won't get the hybrid system.

Further aiding fuel economy is a significant weight-savings program that takes 100 pounds of heft out of the Ram's frame and removes a further 125 pounds overall by using aluminum for specific parts, including its tailgate and numerous chassis components.

As before, the new Ram 1500 makes use of air suspension to lower the truck ever so slightly at highway speeds to cut a smaller hole through the air. Models without air suspension will come with active aero elements to reduce drag.

The 2019 Ram 1500 will go on sale by the end of March with prices announced later this month.