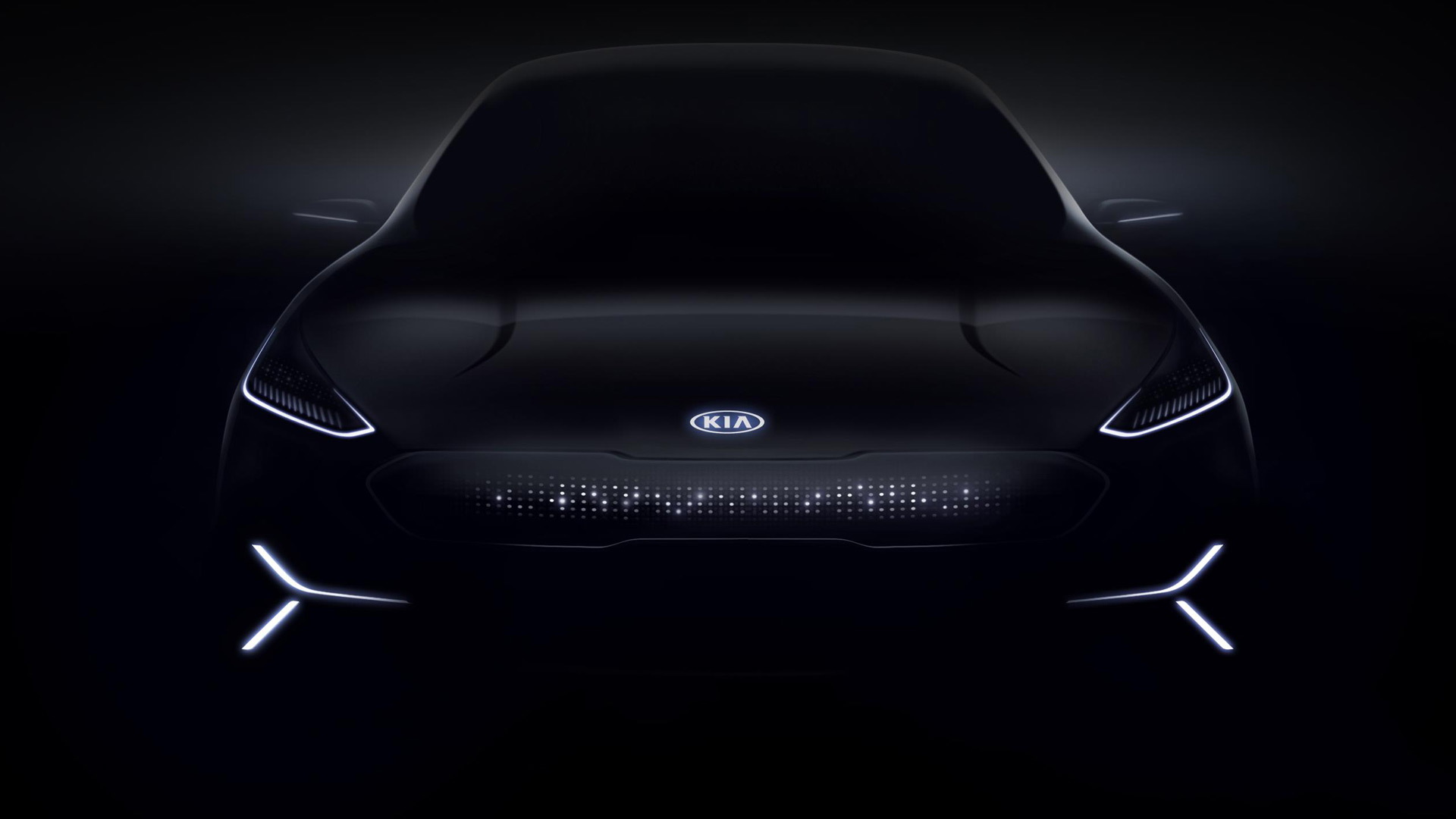 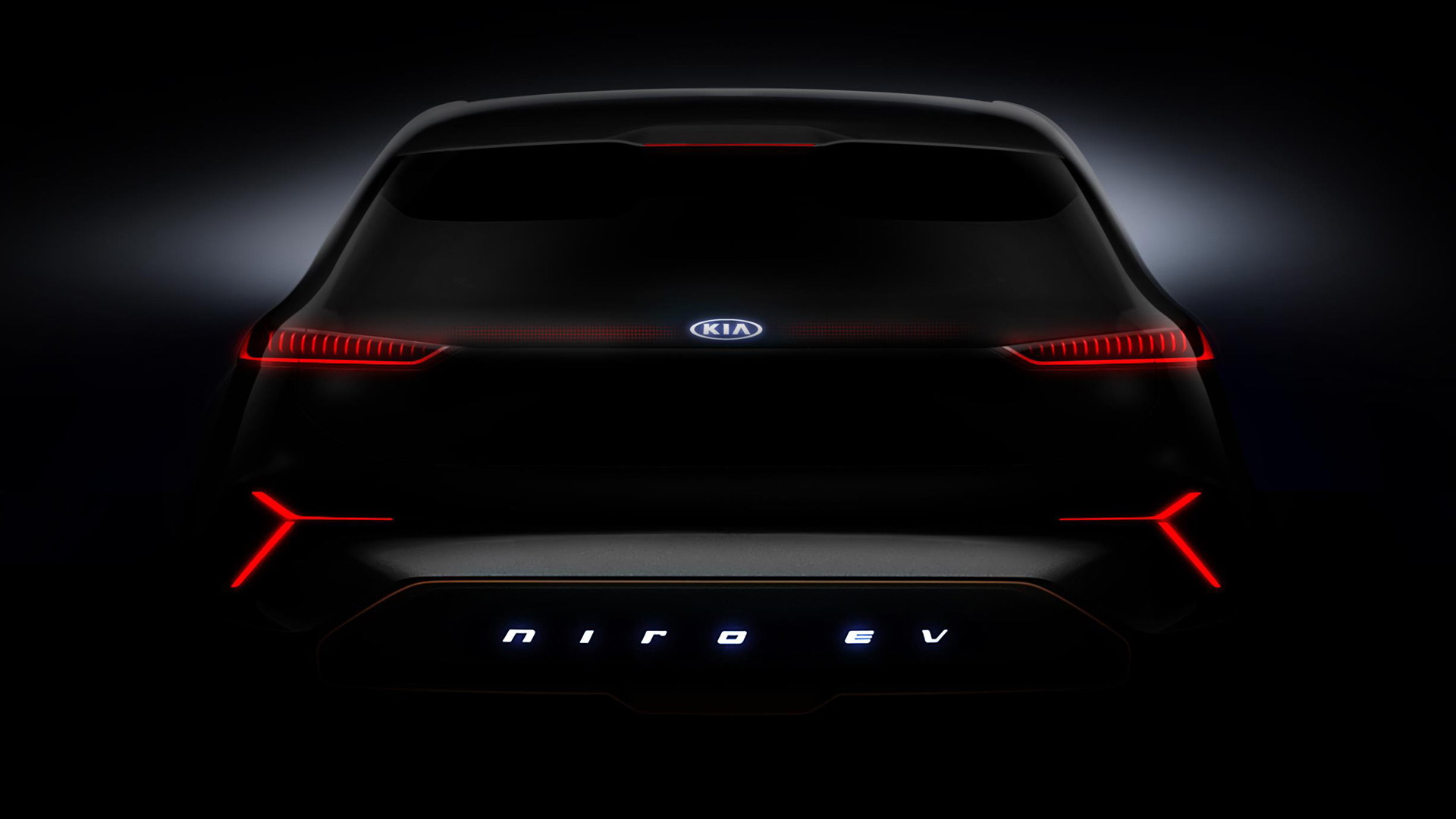 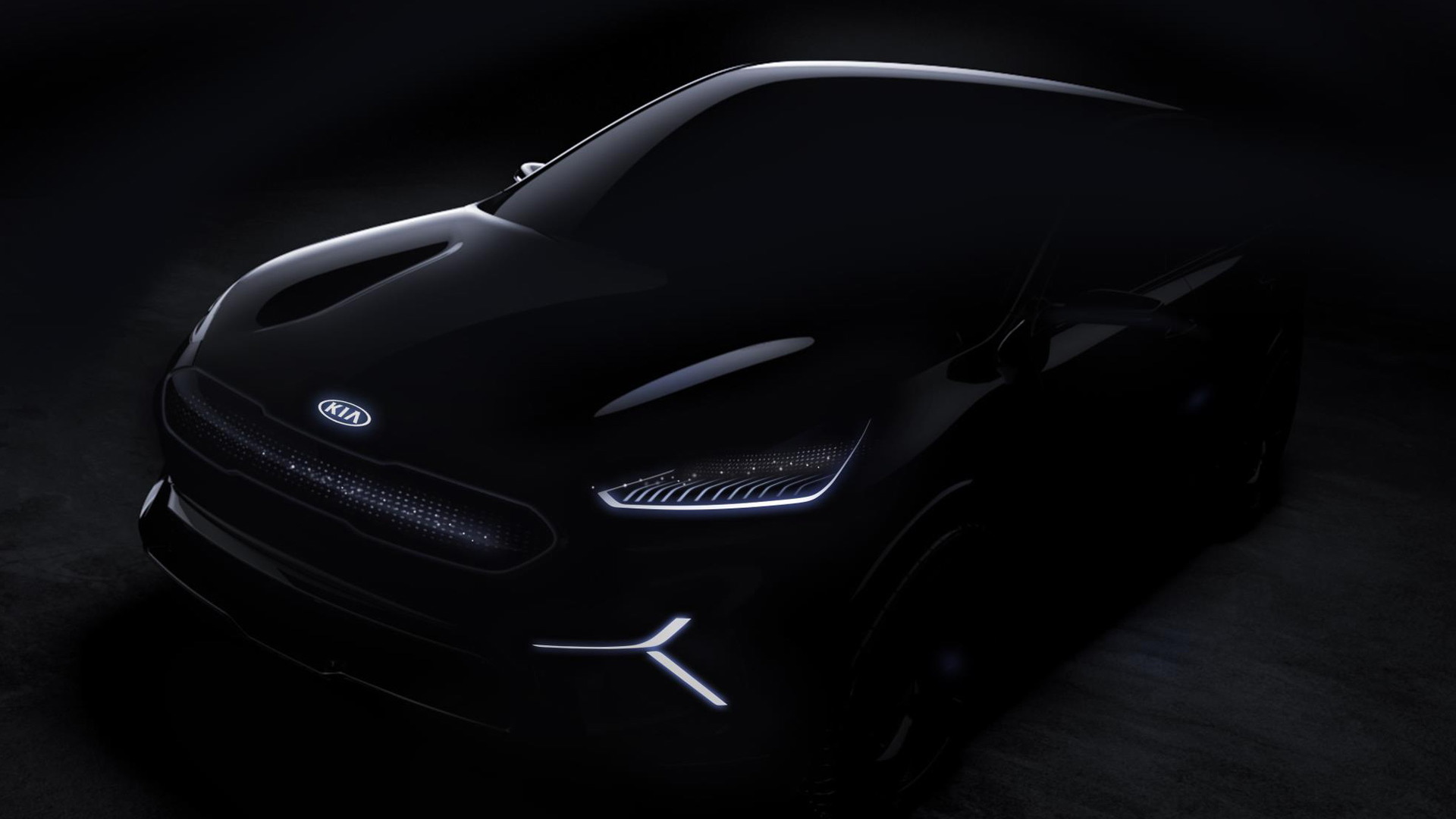 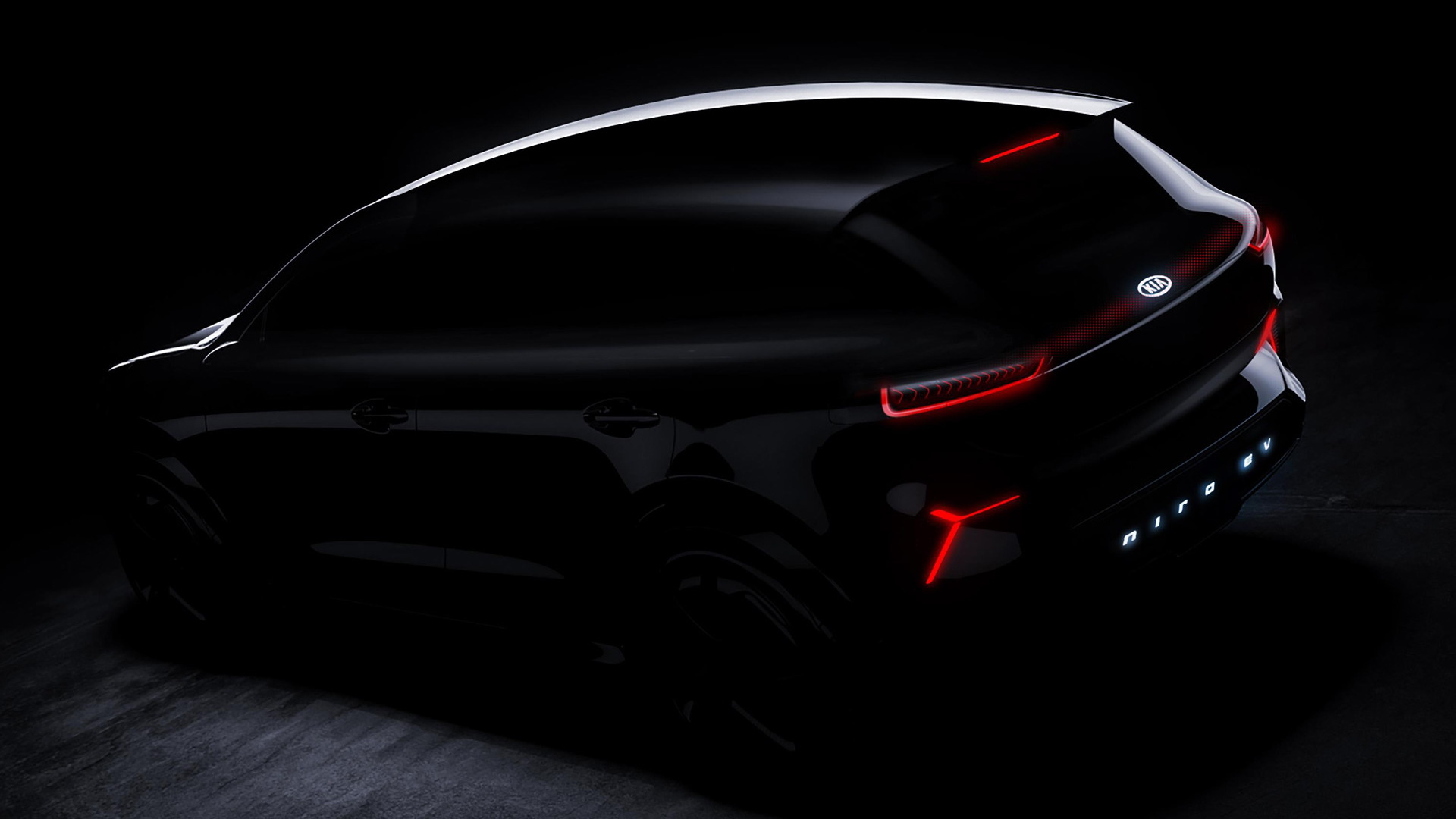 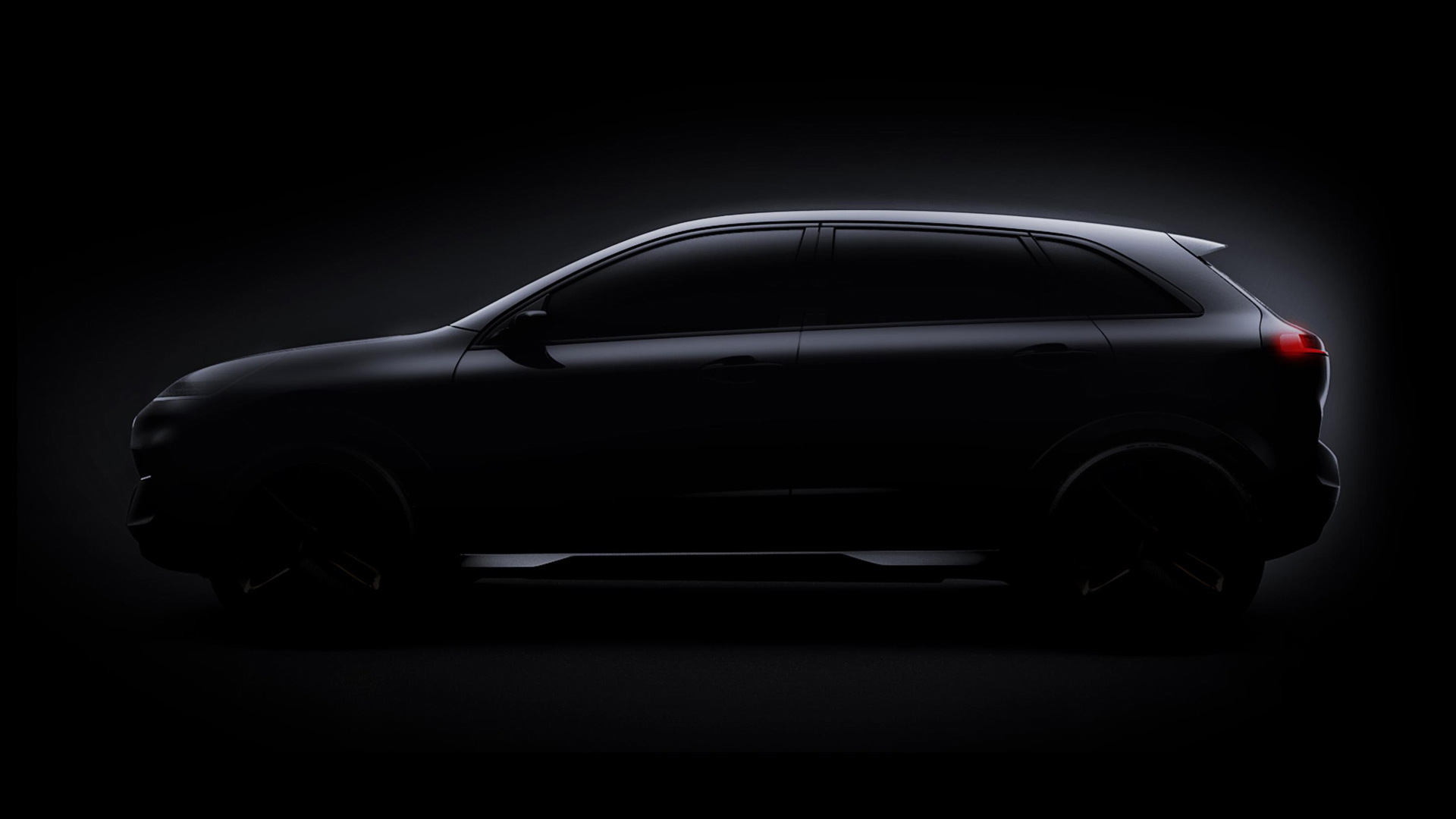 We've long known that the Kia Niro wagon would get an all-electric version to accompany the 2017 Niro Hybrid and the just-launched 2018 Niro Plug-In Hybrid.

The battery-electric Niro will fill out the suite of six cars sharing the same underpinnings, with the others being the same three versions of the Hyundai Ioniq hatchback, the Niro's sibling-under-the-skin.

On Thursday, Kia announced it would show a "new all-electric concept car" at the Consumer Electronics Show in Las Vegas on January 8.

While the Niro name isn't mentioned anywhere in Kia's announcement, the shape in the shadowy teaser shots makes the vehicle clear.

Also not mentioned are any specifications or capacities for the future production version of the all-electric Niro.

Kia said only that the concept will show off a "highly efficient battery-electric powertrain."

The 2017 Hyundai Ioniq Electric is EPA-rated at 124 miles from its 27-kilowatt-hour battery, making it the most energy-efficient vehicle sold in the U.S. at 136 MPGe.

That beats the 133-MPGe rating of the Toyota Prius Prime plug-in hybrid when operating in electric mode, as well as the 124 MPGe of the most efficient version of the BMW i3.

Miles Per Gallon Equivalent, or MPGe, is a measure of how far a vehicle can travel electrically on the amount of energy contained in 1 gallon of gasoline.

The larger, heavier, less aerodynamic Kia Niro EV, however, is unlikely to equal the ratings achieved by the Ioniq Electric, assuming it uses the same 27-kwh battery pack located under the rear seat and the cargo deck.

Kia's description of the CES concept spent more time talking about its mobility and user-interface features, in fact, than its electric powertrain.

"The concept also features a never-seen-before human-machine interface (HMI) and an advanced new ‘motion graphic’ lighting system," Kia said, which likely signals a version of those features will arrive in production vehicles in years to come.

The company will also show off "plans for vehicle autonomy and mobility, supported by the introduction of upcoming autonomous drive technologies" at CES, it said.

Those will include a trio of "interactive, cockpit-style exhibits" that demonstrate new technologies for better interaction among vehicle occupants and the car itself, along with what Kia said will be the "world's first" in-car 5G connection.

“Virtual reality, self-driving cars, and full vehicle connectivity were all once considered technologies of the distant future," said Woong-cheol Yang, who heads the Hyundai-Kia R&D Center. "As they rapidly become a reality, Kia is exploring how to adapt these new technologies for its customers."

For all the latest about green-car concepts and other updates from the Consumer electronics show, see our CES news page.