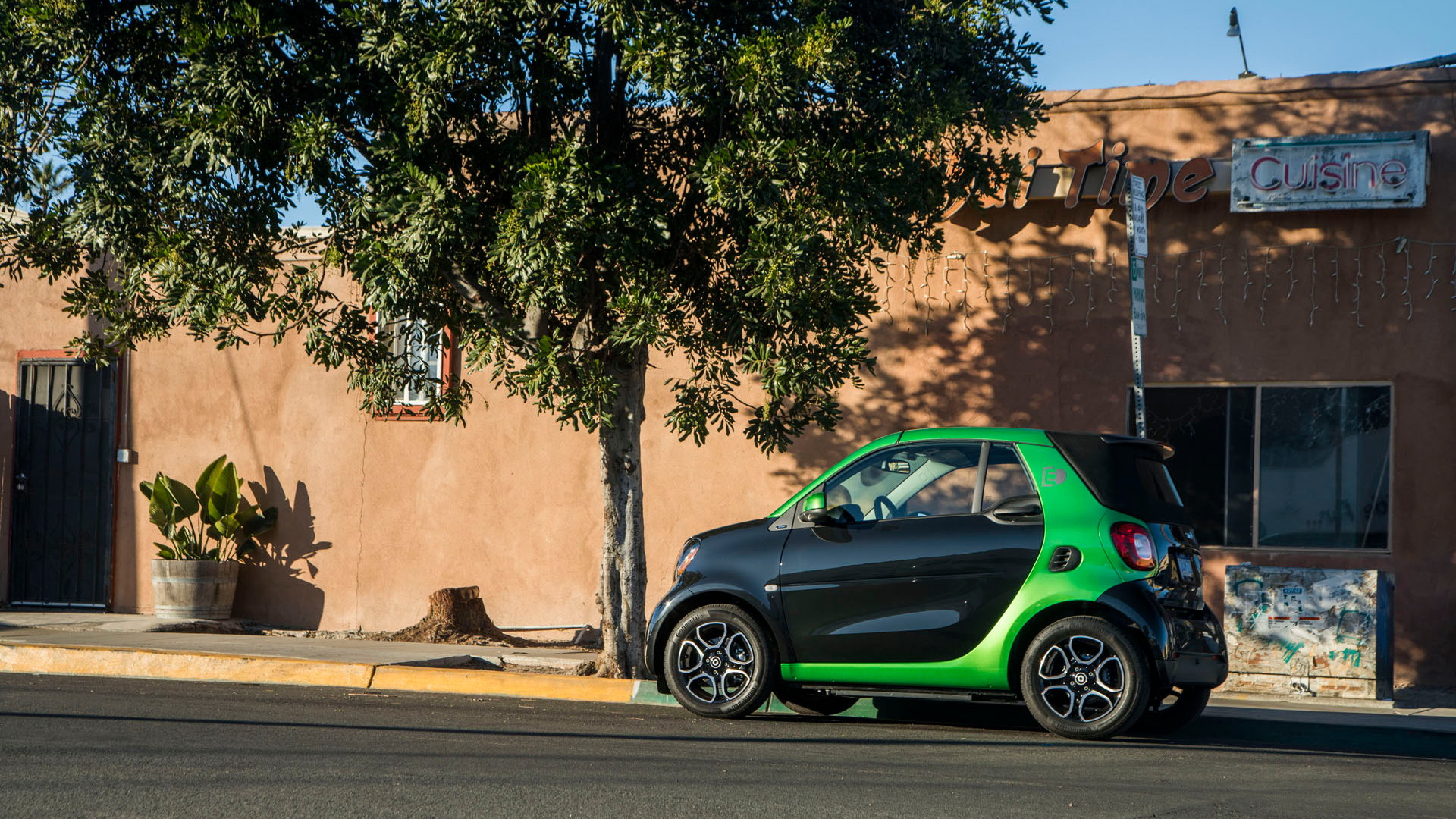 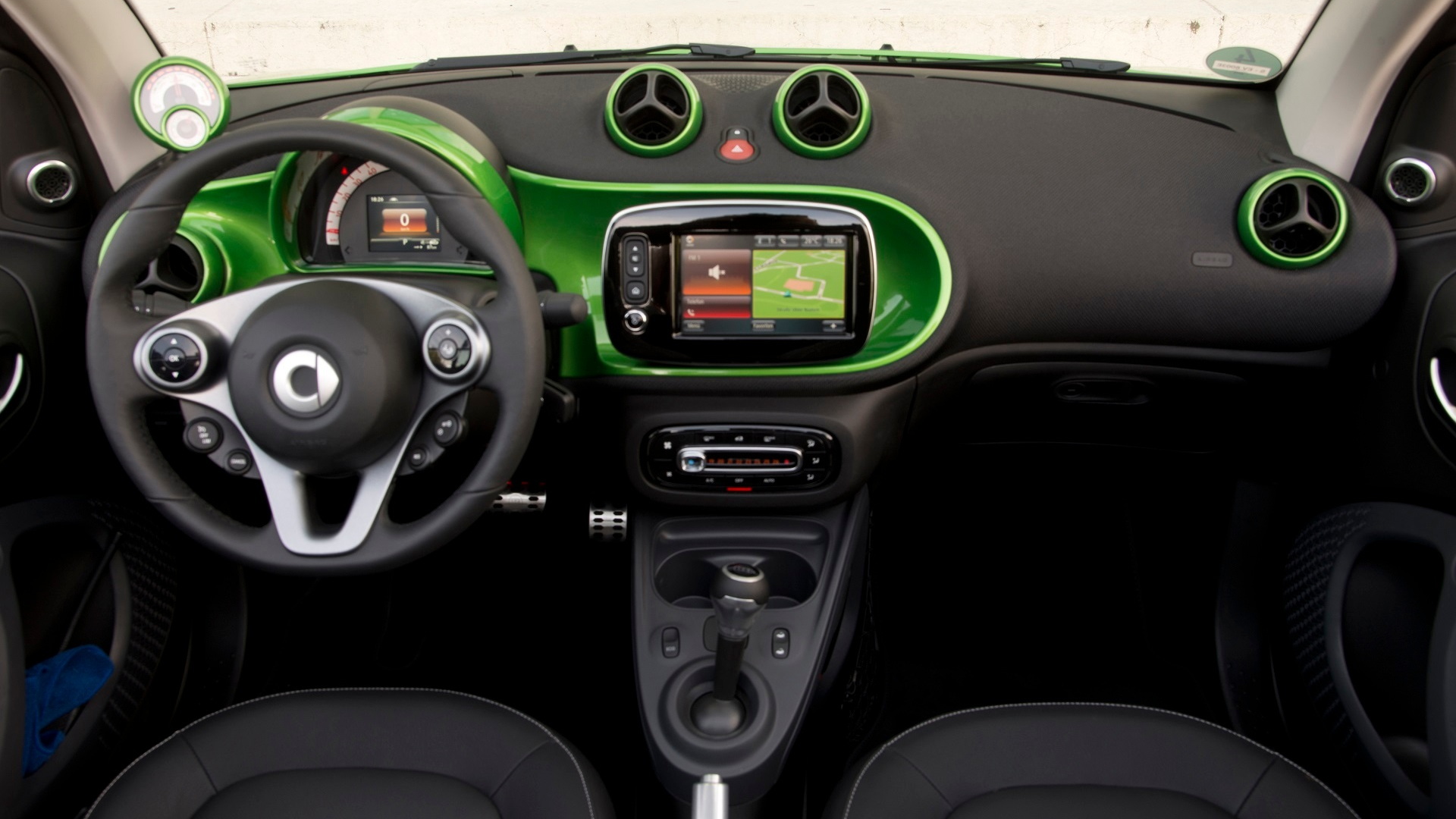 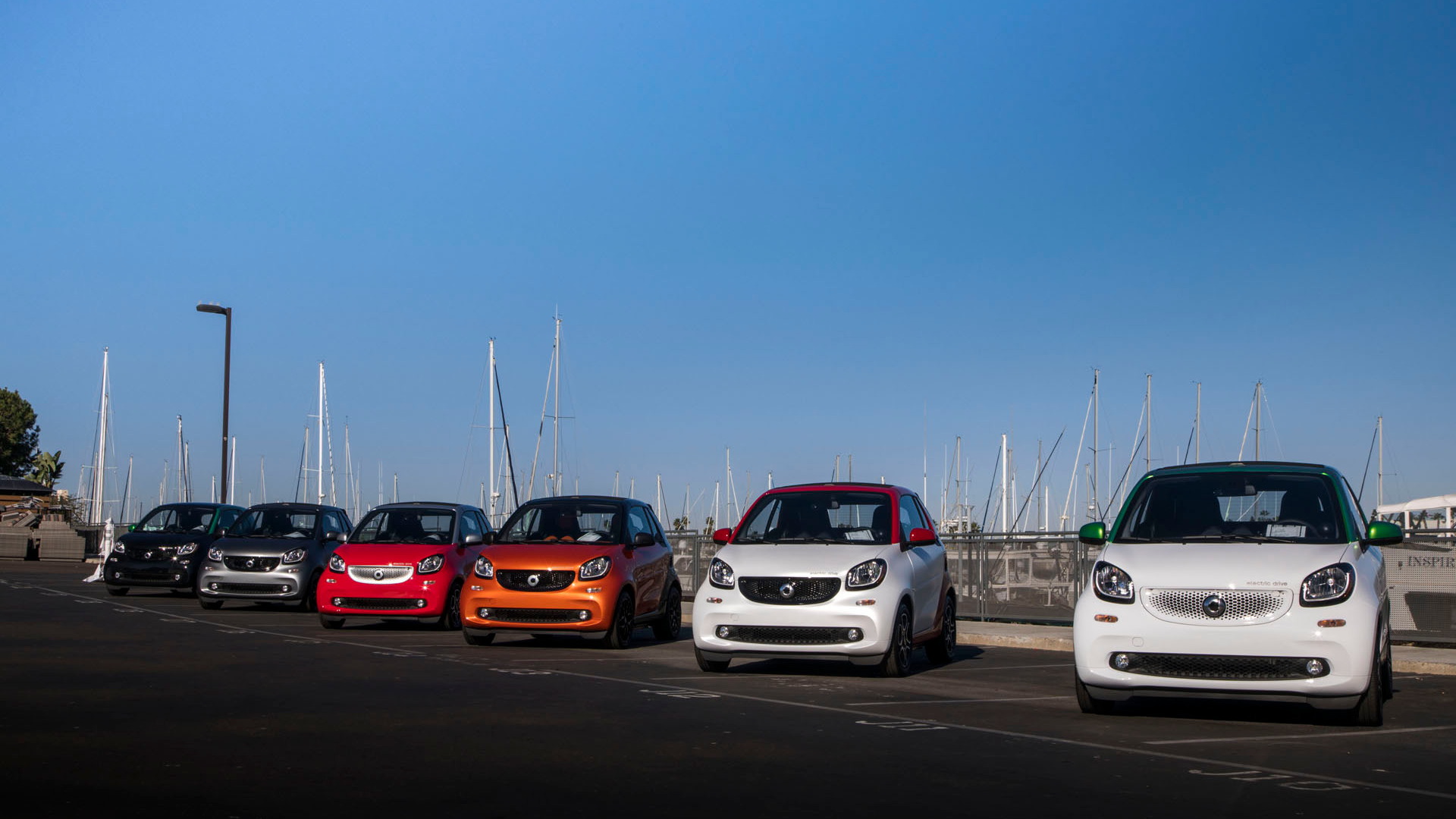 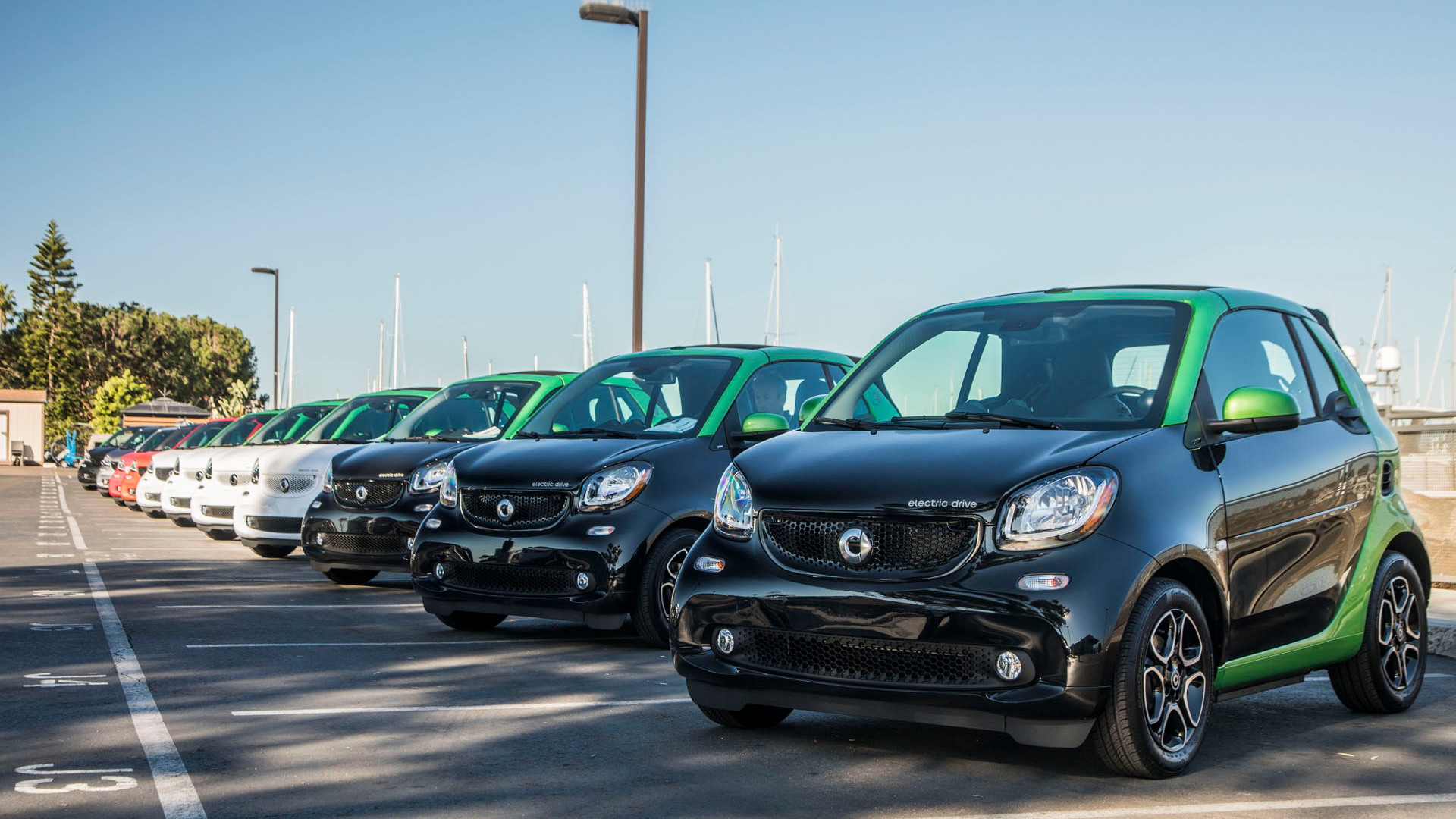 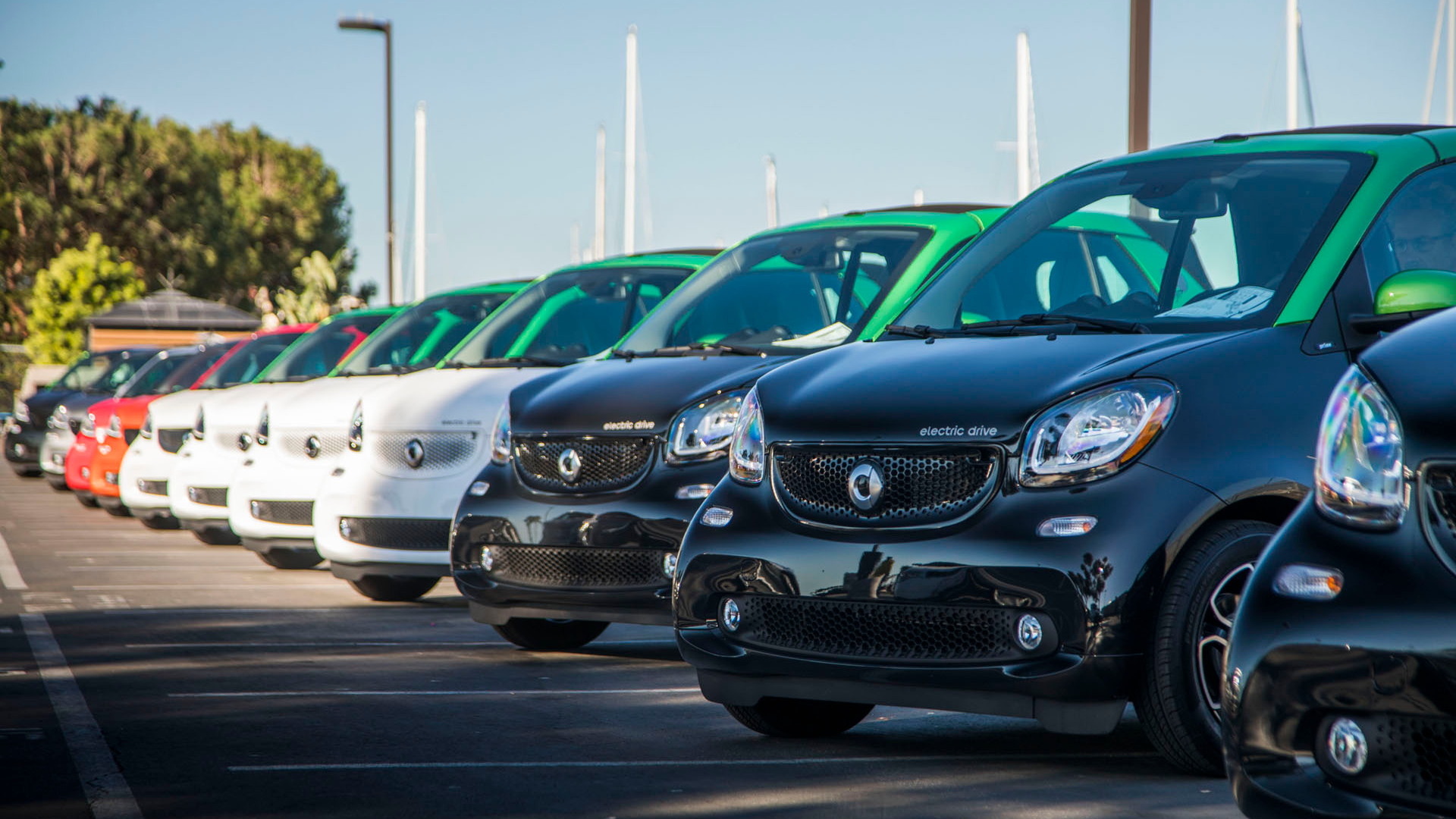 I try very hard to go into each review with an open mind, but in the case of the 2018 Smart ForTwo Electric Drive Cabriolet, I was prepared to dislike it.

I expected an anemic driving experience in a vehicle that was somehow both small and cumbersome.

I thought the Smart would be an automotive nerd, a vehicle too compromised to work on American roads.

After an afternoon of zipping around San Diego, California, I'm sold on the ForTwo Electric Drive. It's inarguably the best city car on sale today.

The addition of an electric drivetrain and a folding canvas roof adds capability and efficiency, as well as a little frivolity, to its fundamental utility. The result is a featherweight charmer.

Judging a ForTwo Electric Drive on its top speed and 0-to-60 time is like using an iPhone as a hammer. Technically, you can do it, but that doesn't mean you should.

Instead, focus on how long it takes to reach 30 and 45 mph, which is where the ForTwo ED is happiest. Turns out it's plenty quick to reach those speeds.

CHECK OUT: Smart to be all-electric in U.S. and Canada; gasoline goes away

With 118 pound-feet of instant torque from the 60-kilowatt (80-horsepower) electric motor delivering power to the rear wheels without gears to shift, the ForTwo ED feels just as quick and pointy as its small size indicates.

Off-the-line performance is more than ample to scamper ahead of other urban traffic. There's a pleasant throttle response—even in Eco mode.

It all feels just as immediate as electric-drive performance should.

It's hilarious. I haven't laughed so hard while driving a car since my first spin in a Mini Cooper, back in 2003.

At just 8.8 feet long, 5.5 feet wide, riding on a 6.1-foot wheelbase, the Electric Drive is the same size as a gas-powered Smart. And like that car, it features a turning circle that needs to be experienced to be believed.

Busting a U-turn in the ForTwo is the best part of the driving experience. Zipping around San Diego, I began looking for excuses to exploit the tiny turning circle, reveling in the fact that I no longer had to execute a three-point turn.

The little Smart lets you look at the road and the environment in a different way, knowing you can nip into an area and zip right back out without a second thought.

The freedom this provided was as joyous as my first time driving a convertible or nailing a perfect, rev-matched downshift.

You get the sense that the Smart really can go anywhere.

It also doesn't hurt that its short wheelbase and relatively stiff suspension allow for rapid changes of direction. This is a fun car to drive, to the point that I didn't want to hand it over to my codriver.

Reinforcing the ForTwo's status as a pure urban cruiser, however, is its limited battery range. With a 17.6-kilowatt-hour battery capacity, Smart says the ForTwo ED Cabriolet will cover just 57 miles to a charge.

That's 1 mile less than the 58-mile EPA rating for the 2018 Smart ForTwo Electric Drive hardtop, which also gets a higher 108-MPGe efficient rating than the Cabroi's 102 MPGe.

Miles Per Gallon Equivalent, or MPGe, is a measure of how far a car can travel electrically on the amount of energy contained in 1 gallon of gasoline.

The little Smart can get from Newport Beach to Hollywood in Los Angeles on a single charge. It's more than enough for the city dweller.

According to Smart, that's the only type of charging you'll need.

The company says the 3-hour recharge time is quick enough to make DC fast charging unnecessary—meaning it's one of the very few battery-electric cars on the market without quick charging even as an option.

Even with some quick sprints down the freeway and a right foot that was far from efficient driving, though, my Smart only used about 25 miles of charge during several hours of driving around San Diego.

I'd expect most owners to drive their car for more gently than I did my test vehicle, and hence see even better range from their battery packs.

Part of getting a good return on your charge means figuring out the Smart ForTwo ED's brakes.

Unfortunately, this little guy doesn't allow the one-pedal operation of a BMW i3 or the new Nissan Leaf's "ePedal," nor does it feature the paddle brake of a Chevrolet Bolt EV.

Still, the regenerative brakes feel very natural under normal driving conditions. The pedal is a little stiff, which could grow tiring in traffic, but the aggressive grabbiness found in some hybrids and EVs isn't there.

The brake pedal is easy to modulate (after the initial tip-in), allowing confident braking that won't send you or your passenger's head into the dash.

Everything I've just written is true of the ForTwo Electric Drive Coupe as well. The Cabriolet distinguishes itself—and is the better city car—thanks to its folding canvas roof.

It offers drivers the choice of three positions, just like a Fiat 500c or Mini Convertible: The power-folding unit lets drivers switch among closed, a sunroof setting that keeps the rear window in place, and a fully folded setup that rolls back totally in just 12 seconds and even at speed.

It's that access and easy open-air motoring that makes the ForTwo ED so appealing as a city car.

Driver and passenger can absorb a city's atmosphere in an entirely different way with the ForTwo Cabriolet.

Of course, like the Fiat and Mini, the canvas roof has a dramatic impact on rear visibility. Things aren't bad with the roof up or in the sunroof mode: The rear window is tiny, but at least you can see the car behind you in the mirror.

But drop the roof all the way down, and any view out the rear simply vanishes. A rear-view camera shows up in the rear-view mirror while reversing, but you're driving blind most of the rest of the time.

The Smart has the same pros and cons as its rivals in the ultra-tiny convertible market, but it does boast one neat trump card. The roof rails over the doors are removable, allowing just a little more atmosphere to sneak in.

Simply pop the units out and they stow in a dedicated cubby attached to the inside of the rear trunk lid over the motor. Sure, there's some impact on cargo space, but I suggest having your head examined if trunk size is a key determiner in your Smart purchase.

That said, with two backpacks in the trunk, we didn't even have room to stow the roof rails.

Price for the ForTwo ED Cabriolet are quite a bit higher than the Coupe, although they aren't egregious.

The base Pure trim level of the Coupe isn't offered with the soft top; the Passion starts at $28,850 (including $750 destination charge) while the range-topping Prime is higher at $29,850. Those prices are $2,710 and $2,360 more than their hardtop counterparts.

All Smart Electric Drives are eligible for a $7,500 federal income-tax credit and a $2,500 purchase rebate from California's Clean Vehicle Rebate Program.

If anything, it's those rebates that further solidify the Smart's place as a prime city dweller. It's affordable, nimble, efficient, and fun. Far more fun than I could have possibly imagined.

All you need to do is ignore your preconceived notions of what this little car is capable of, and it'll prove itself as the ultimate city car.