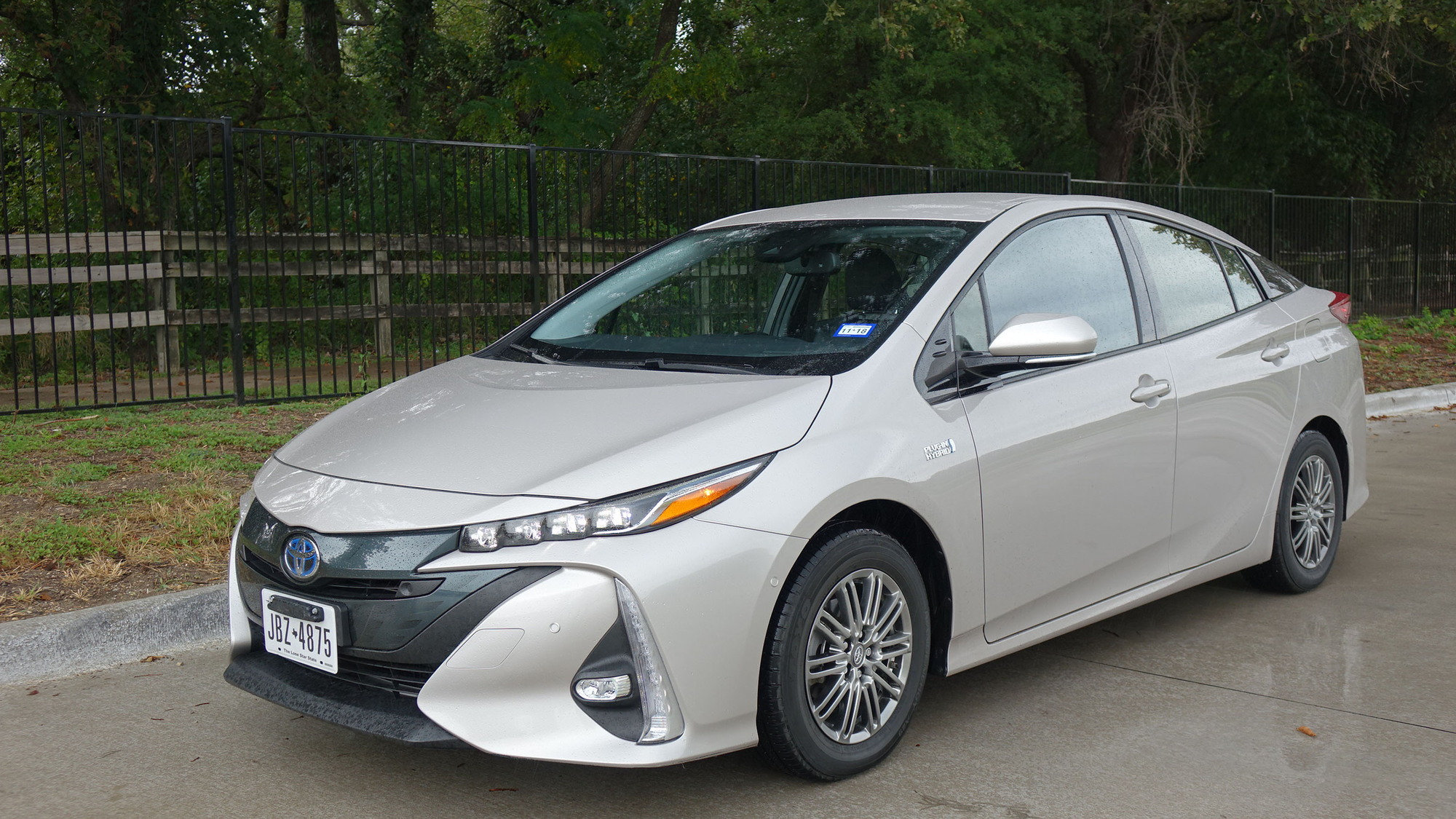 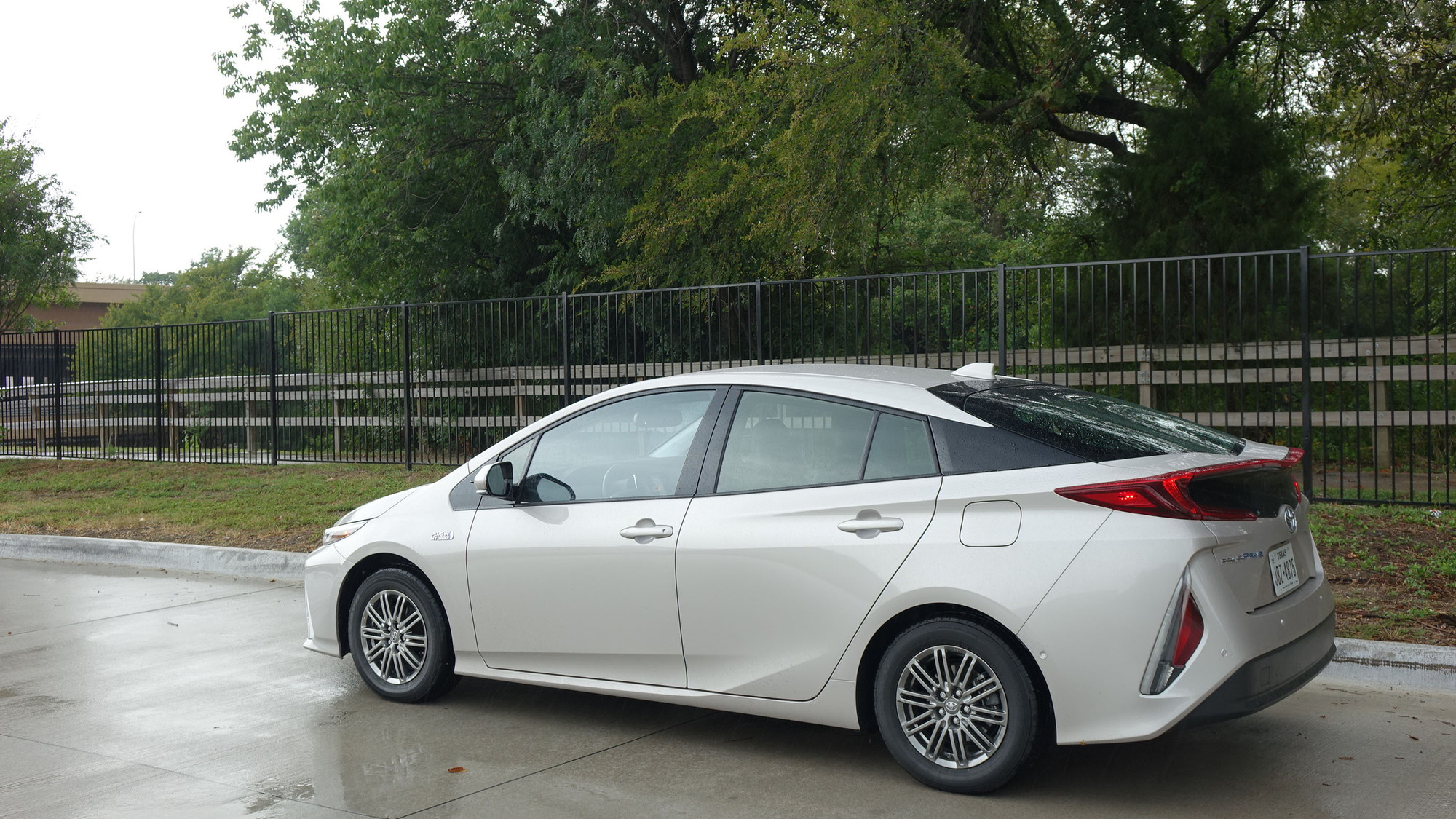 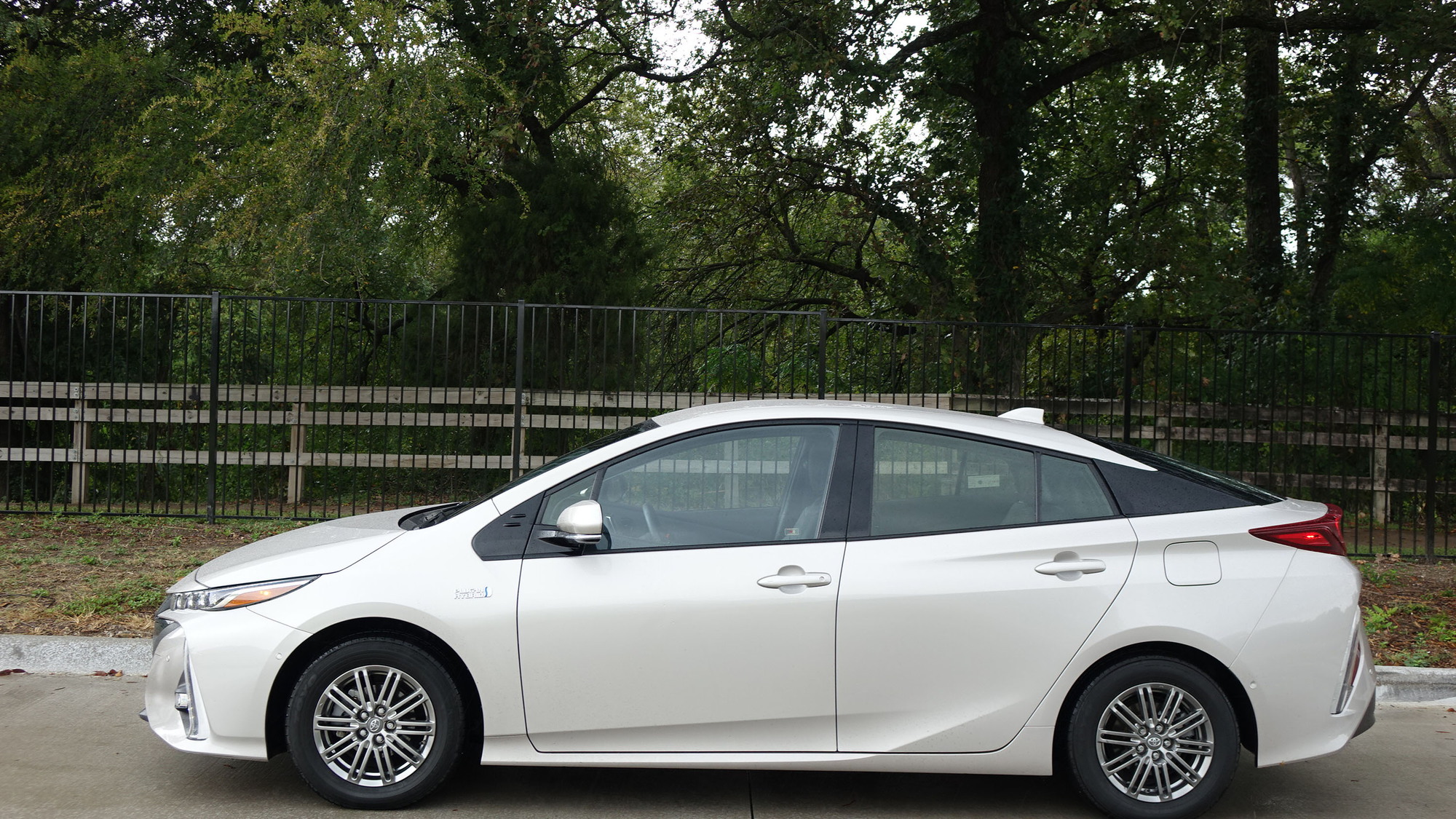 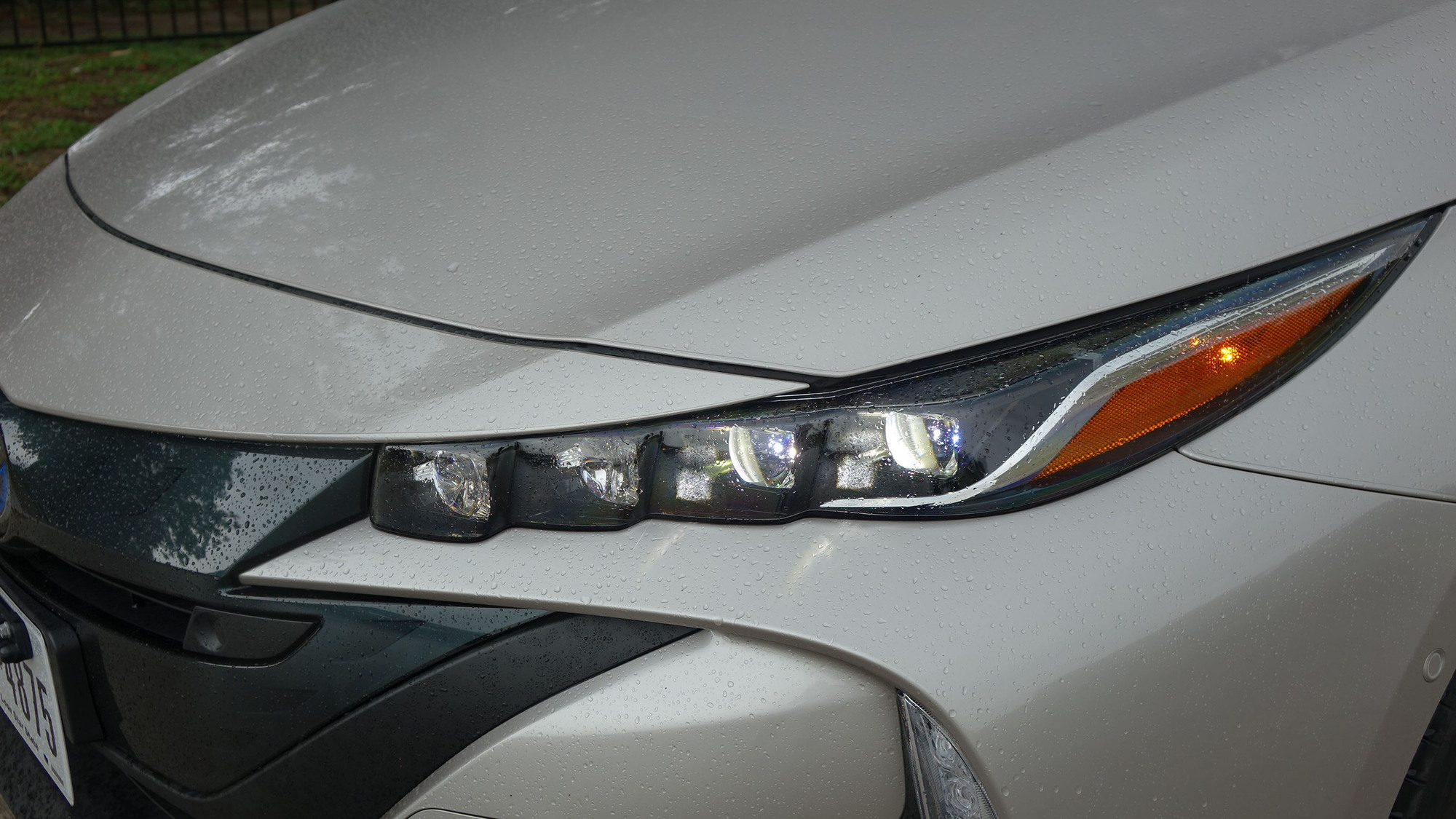 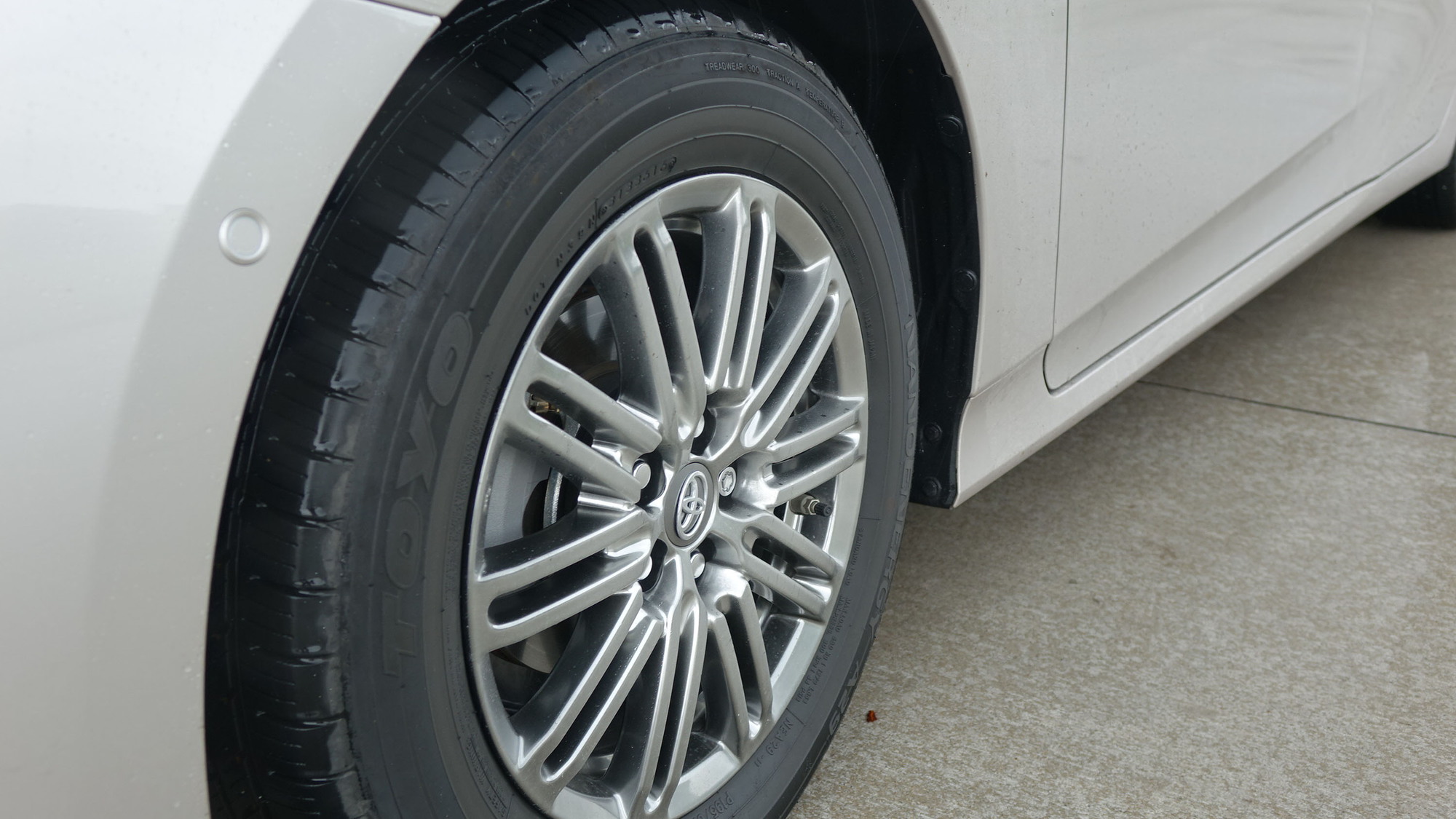 The 2017 Toyota Prius Prime is an automotive enigma. It proudly flaunts its eco-friendly credentials, yet its factory-rated 25 miles of electric range simply pales in comparison to the 53 miles advertised by the Chevrolet Volt.

I hopped into a Titanium Glow (think beige) 2017 Prius Prime for a three-day visit to Dallas for the State Fair of Texas. Although Toyota is now a major employer in North Texas—its American-market headquarters recently opened in suburban Plano—I was in town to see some new pickup trucks debut at the State Fair.

Between Big Tex, fried everything, and shiny pickup after shiny pickup, Dallas' historic Fair Park is the antithesis of Prius country for a few weeks each fall.

When I picked up the Prius, it had a full tank of gas but no charge left on its battery. I was only able to fully charge it once, but I put about 120 miles on in three days of varied driving.

Perhaps most importantly, all of my driving was done with little regard for maximizing fuel economy. I drove the Prius Prime like I would any other car, merely keeping up with traffic.

I zipped along the President George Bush Turnpike at a clip just north of the 70 mph speed limit. I moseyed along surface streets in dense East Dallas, avoiding cyclists and dump trucks. And I tapped my thumbs for what seemed like an eternity spent on Central Expressway during rush hour.

It was warm and rainy for all three of my Dallas days, so the air conditioner and wipers were near-constant companions. I tried neither the heated seats, with their awkwardly placed switches, nor the fancy heater pump.

It may only have been a 120-mile jaunt, but it was representative of every kind of daily driving one is likely to encounter.

It took just shy of 6 hours to charge the Prius Prime's 8.8-kilowatt-hour lithium-ion battery back on a regular household outlet. That's just fine if you're charging overnight in your garage or all day at work.

That gave me an indicated 26 miles on a full charge, which was shockingly accurate. I drove 13 miles at about 70 mph and the computer showed 11 to go.

Gentle suburban driving saw the battery give out at 25.3 miles and the gas engine near silently click on.

To a former Nissan Leaf owner who trembled at the thought of driving faster than 50 mph because of rapid battery depletion, the Prius Prime is a revelation.

Overall, the Prius Prime's trip computer showed a 66.7 mpg average over 120 miles, 96 of which were with the gas engine running. I used just under two gallons of gas; the Prius Prime is rated at 55 mpg city, 53 mpg highway, and 54 mpg combined, so my result was about 10 percent under.

That's exactly what my colleague John Voelcker encountered under different circumstances in chilly New York and what he saw in a more controlled environment in California.

What's most remarkable about the Prius Prime is how seamless the transition from electric to gas propulsion.

In standard hybrid mode, it accelerates to about 20 mph on battery power alone. With the throttle down for passing or merging onto a fast-moving freeway, the engine howls and there's some of the expected rubber-band feel from the CVT.

ALSO SEE: Should we buy the Prius Prime, the Bolt, or the Volt?

Otherwise, however, it's docile. The ride is firm but closer to luxury-grade than in the last-generation Prius. There's little wind noise. And the higher-effort steering is welcome, even if the low-rolling resistance tires broke loose easily on wet streets.

Inside, this Prius has comfortable seats with a leather-esque material that's clearly not bovine in origin.

The large, vertical touchscreen display is eye-catching, but the glare-prone screen and low-resolution graphics are more like iPhone 3G than iPhone X. That's a shame considering far cheaper rivals have superior infotainment.

No part of the Prius Prime's interior looked or felt high-buck (especially considering my tester's $35,000 price tag), but no longer does it feel like an economy car with a entry-level luxury sticker price.

Still, the Prius Prime winds up burdened with a so-so electric range and an infotainment system that's frustrating. It feels like a placeholder for what ever-conservative Toyota will deal next.