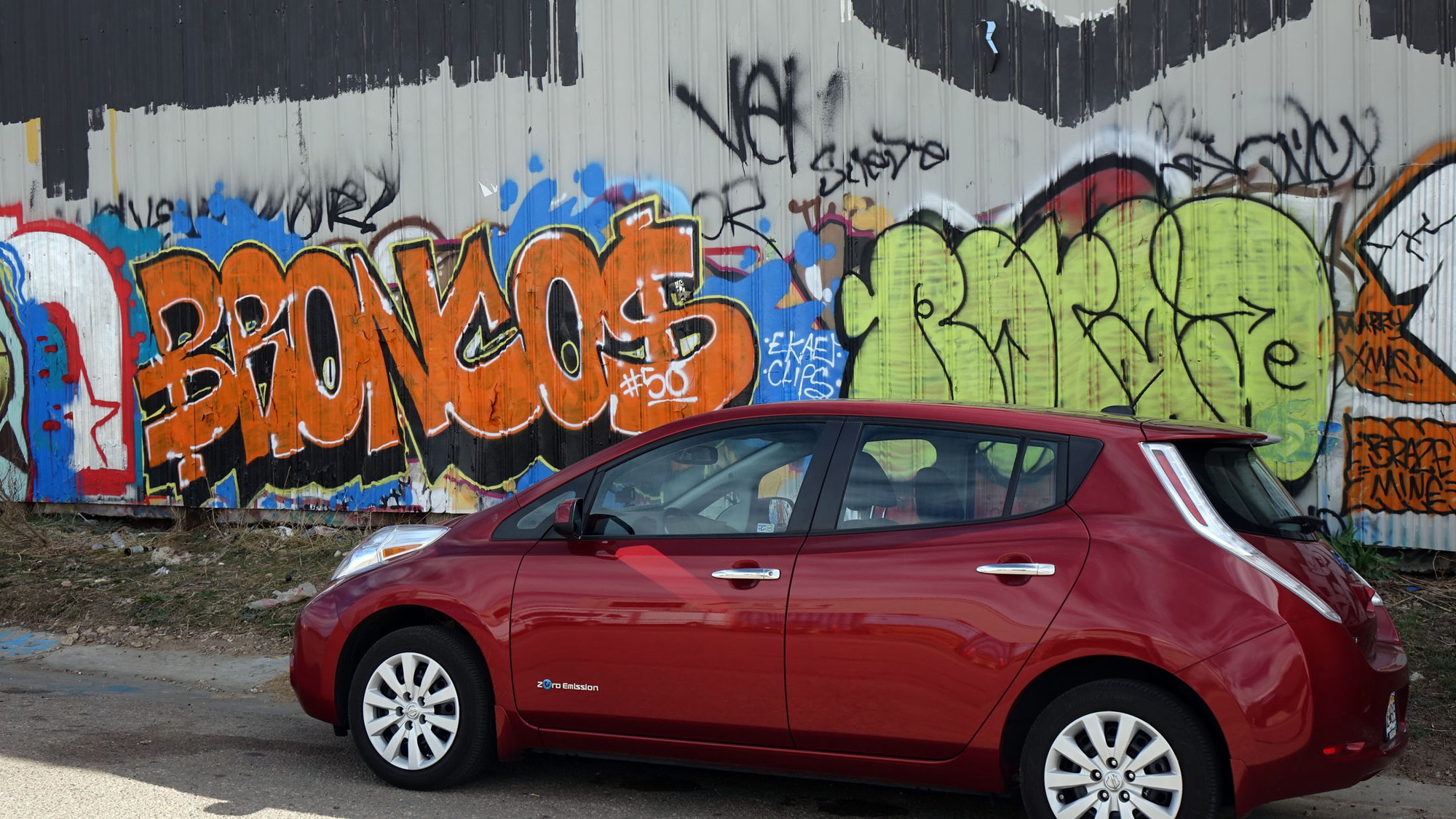 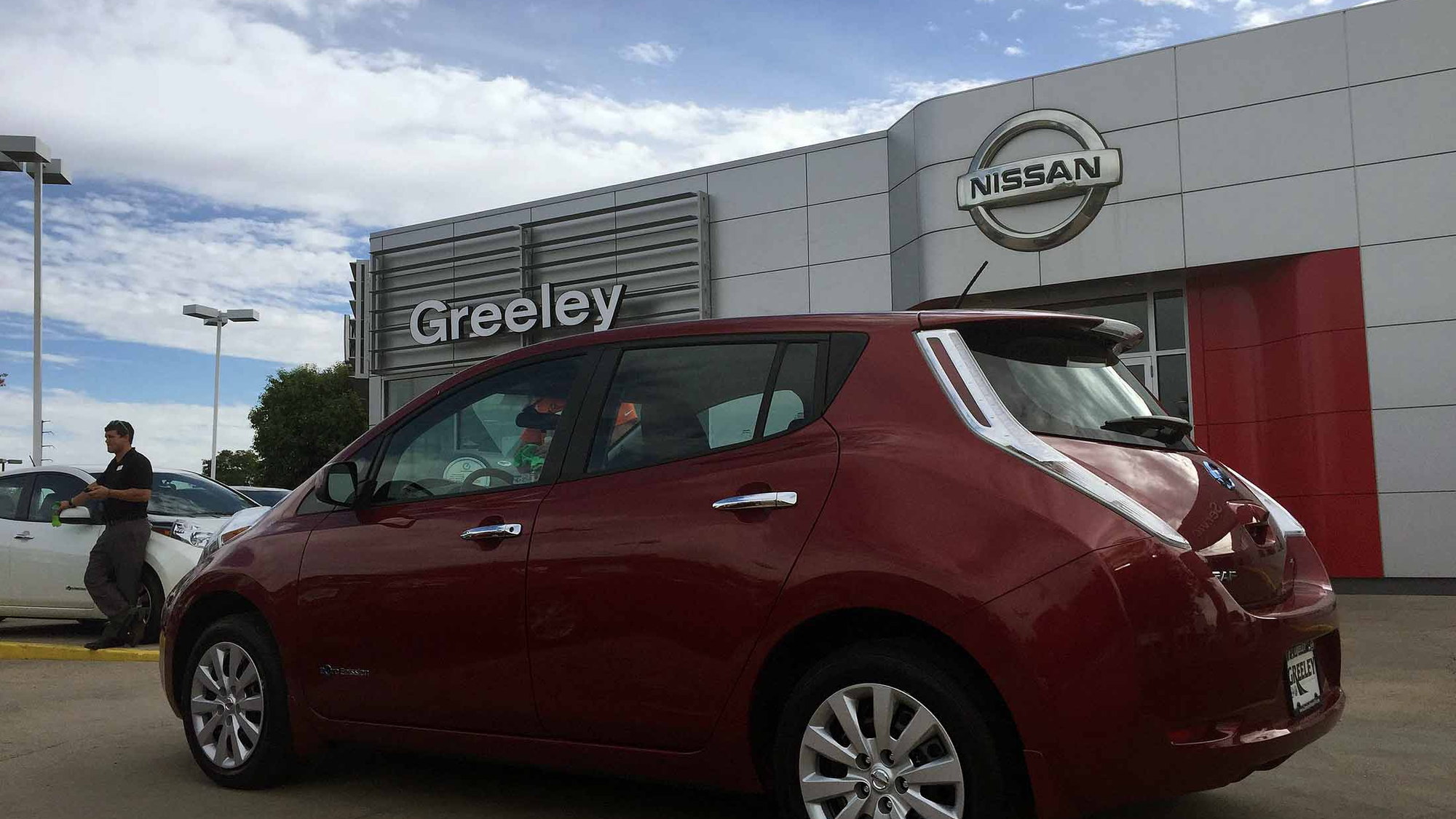 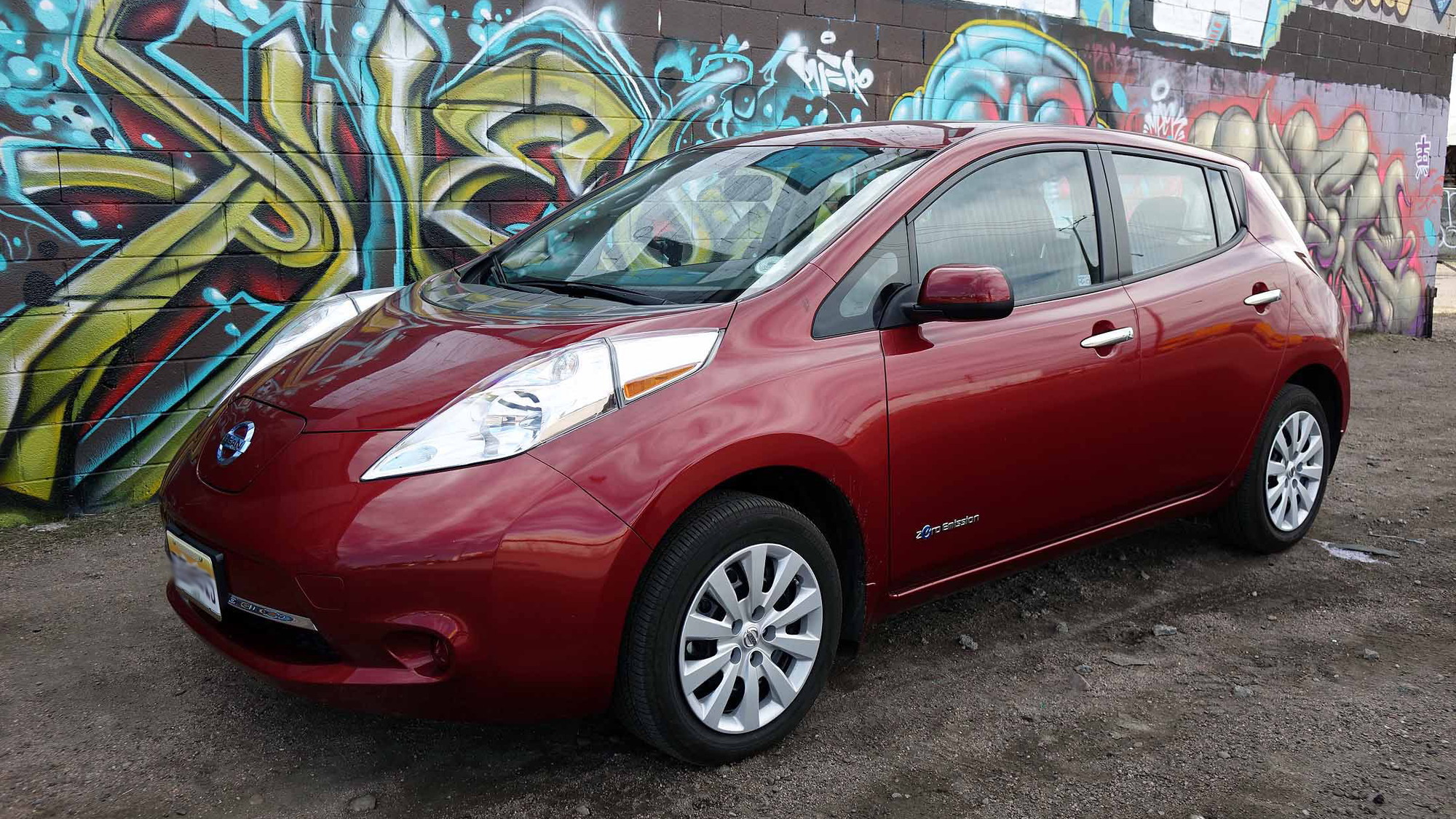 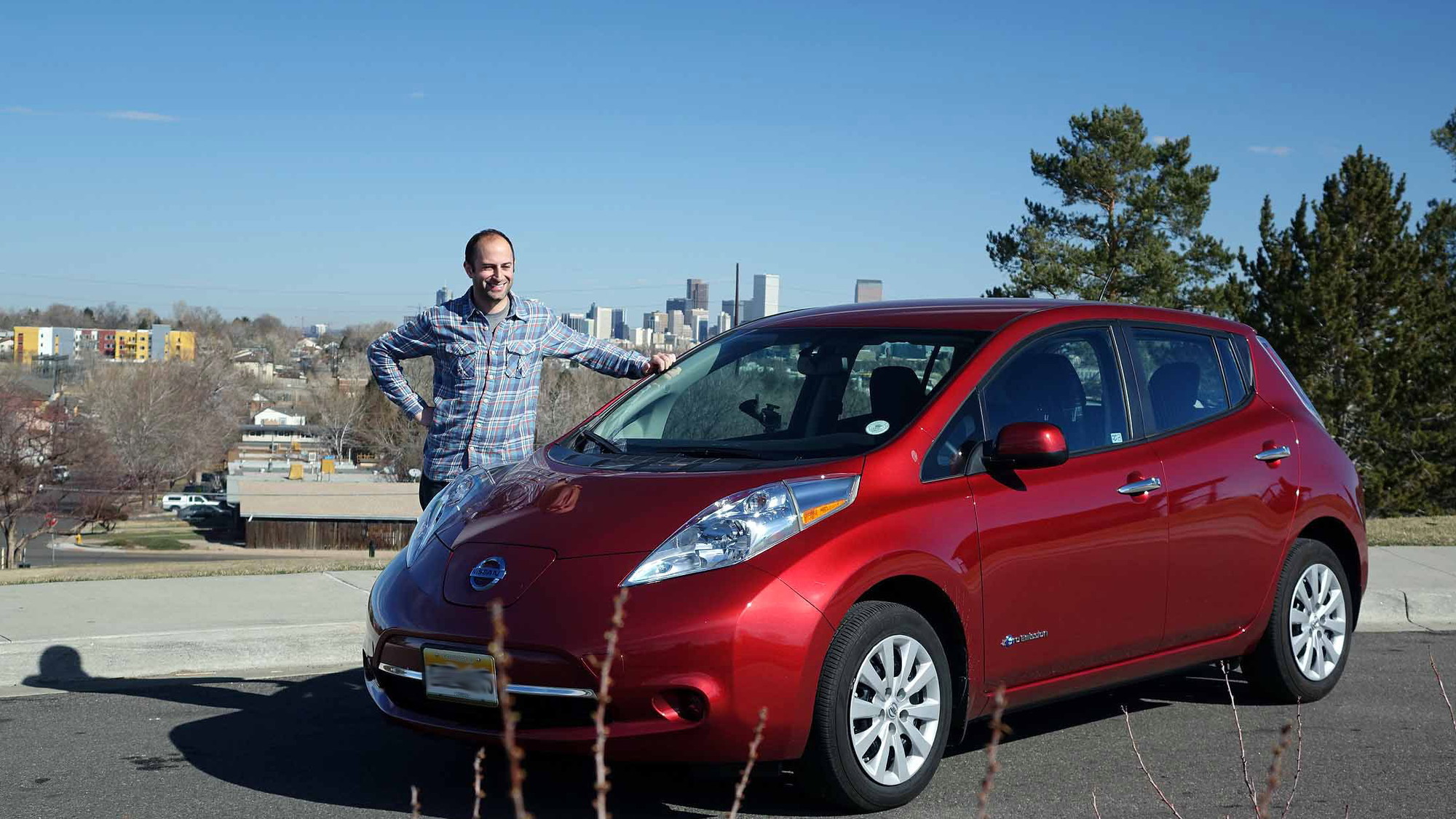 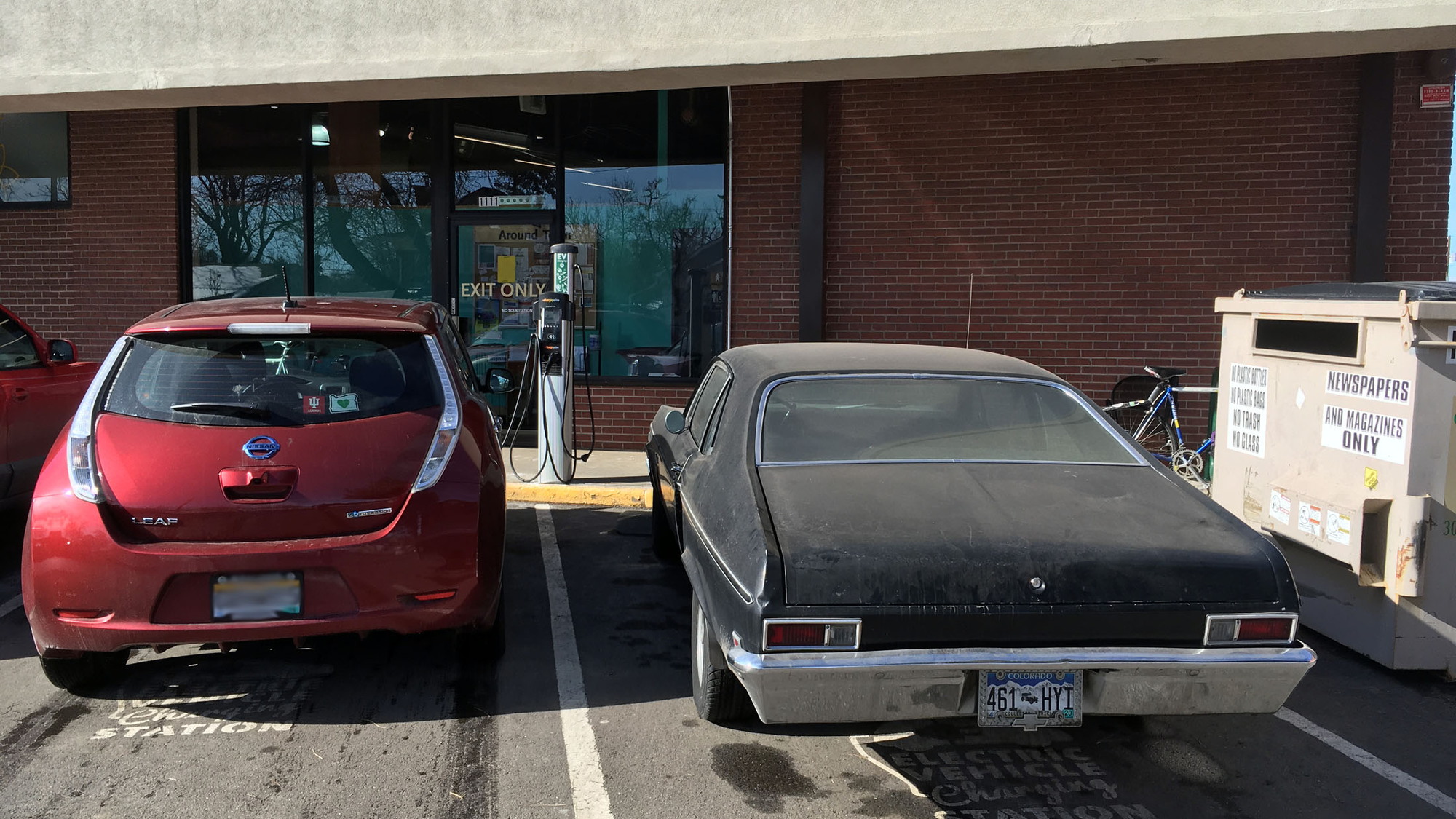 If you’re looking to spend $8,500 on a car, you’re probably going to bring home something with close to six digits on the odometer.

Unless, that is, you buy a brand new electric car deep in the heart of oil and gas country.

I live in Denver, the largest city in a state of immense natural beauty that’s probably more inclined to think about the environment than most.

The state government generally promotes making ecologically-intelligent decisions, as do some local jurisdictions. And yet there’s a big—no, make that massive—elephant in the room.

A hefty percent of the Centennial State’s economy is based on the extraction of natural resources.

Colorado is half Texas and half California, and that actually applies to the state’s population as well. (Disclosure: I moved here from Texas.)

You’ll see plenty of solar panels and windmills, but we also derive much of our electricity from coal. Radio airwaves are saturated with ads touting the economic impact of fracking, which you'll hear more about than its environmental impact.

In the end, by all accounts, you’ve got a state that is solidly purple.

But following the demise of Georgia's $5,000 income-tax credit, Colorado is the last state to still offer a big incentive for buying an electric car.

My state offers a tax credit based on a complex equation that takes into account the vehicle’s battery capacity in addition to its purchase price.

Admittedly, my interest in acquiring a Leaf was based as much on being able to get one for dirt cheap as it was experiencing an electric car.

I live in the city of Denver, in an urban area walking distance from grocery stores, a light rail station, and restaurants.

Because this is Denver, there's no shortage of nearby yoga studios, breweries, and marijuana dispensaries.

Last fall, I did some initial calculations and figured that—including $5,100 in state incentives, $7,500 for the Federal income-tax credit, and $6,000 in Nissan Finance rebates—I would be  looking at chopping $18,600 off the MSRP on the sticker.

So I figured if I could get one at invoice cost, I should be able to find a Leaf for a net cost around $11,000.

In the end, as it turned out, I was high. By quite a bit.

With the initial idea that I could probably buy a brand-new Leaf for not that much coin, I began to shop around.

Perversely, I enjoy the chase of a good deal, and I don’t mind pitting multiple new-car dealers against each other to get to the best price.

I started locally, visiting my nearest dealer to drive the car and confirm that I did indeed want a Leaf as a runabout.

To maximize value, I honed in on a base Leaf S, although I included the extra-cost Quick Charge Package that includes a 6.6 kW onboard charger and a CHAdeMO DC quick-charging port.

Beyond that, I couldn’t really be picky about color, although I liked Cayenne Red.

My nearest dealer says it's the highest-volume Leaf seller in the Denver area, so I knew I was off to a good start. Right away, the figure they quoted me—prior to any negotiation on my end—bested my initial estimate of $11,000 after incentives.

I got home and dug into the inventory tool on Nissan’s website, using it to fire off emails to other metro area dealers. All responded quickly – almost too quickly.

The inventory of 2015 Leafs appeared to be huge, and while at that point Nissan hadn’t yet announced details for the 2016 Leaf, all the rumors pointed toward a higher-capacity battery.

Eventually, after bouncing deals around locally, I branched out further, sending emails to dealers across the region.

Not surprisingly, the dealer in Boulder, where charging stations are as common as coffee shops serving fair-trade brew, readily admitted that I’d need to look elsewhere for a big discount.

I stretched my search along the Interstate 25 corridor, querying dealers as far south as Santa Fe, New Mexico, and as far north as Cheyenne, Wyoming—factoring in the hassle of driving a car with a limited range back to Denver.

Eventually, I ended up finding the biggest discount in Greeley, about 70 miles away, just far enough from home to give a first-time electric-car owner a high degree of range anxiety.

But it’s not the distance that made my purchase unique so much as it was where I took delivery of my Leaf.

Greeley is oil country, where fracking is a major part of the economy. It’s a boom-and-bust kind of place, Colorado’s version of the Permian Basin in Texas or the Bakken Formation in North Dakota.

Electric cars aren't anywhere near as popular among Greeley's 100,000 residents as are huge pickup trucks.

Witness: PlugShare says there are three charging stations in town. One is at the Nissan dealer—and one is at some guy named Doug’s house. He sounds like a nice guy.

At the time I bought my car, the dealer had about 30 Leafs in stock. (Today, they show only a handful.)

It was the perfect storm: An overstocked car the locals don’t really want, incentives that could have bought a Sentra on their own, and plummeting gasoline prices.

Not to mention 0-percent financing for 60 months from Nissan's finance arm. Plus, Nissan is now throwing in two years of free recharging at certain public stations.

It was a slow and steady drive home, almost two hours along along rural roads, to stay within the Leaf's range. My first bout with range anxiety proved unfounded, though: I made it home with 15 percent charge to spare.

My Leaf's sticker price was $32,000—and after applying all the incentives, I wound up taking a staggering 75 percent discount off the list price.

All I had to do was dig for the deal.