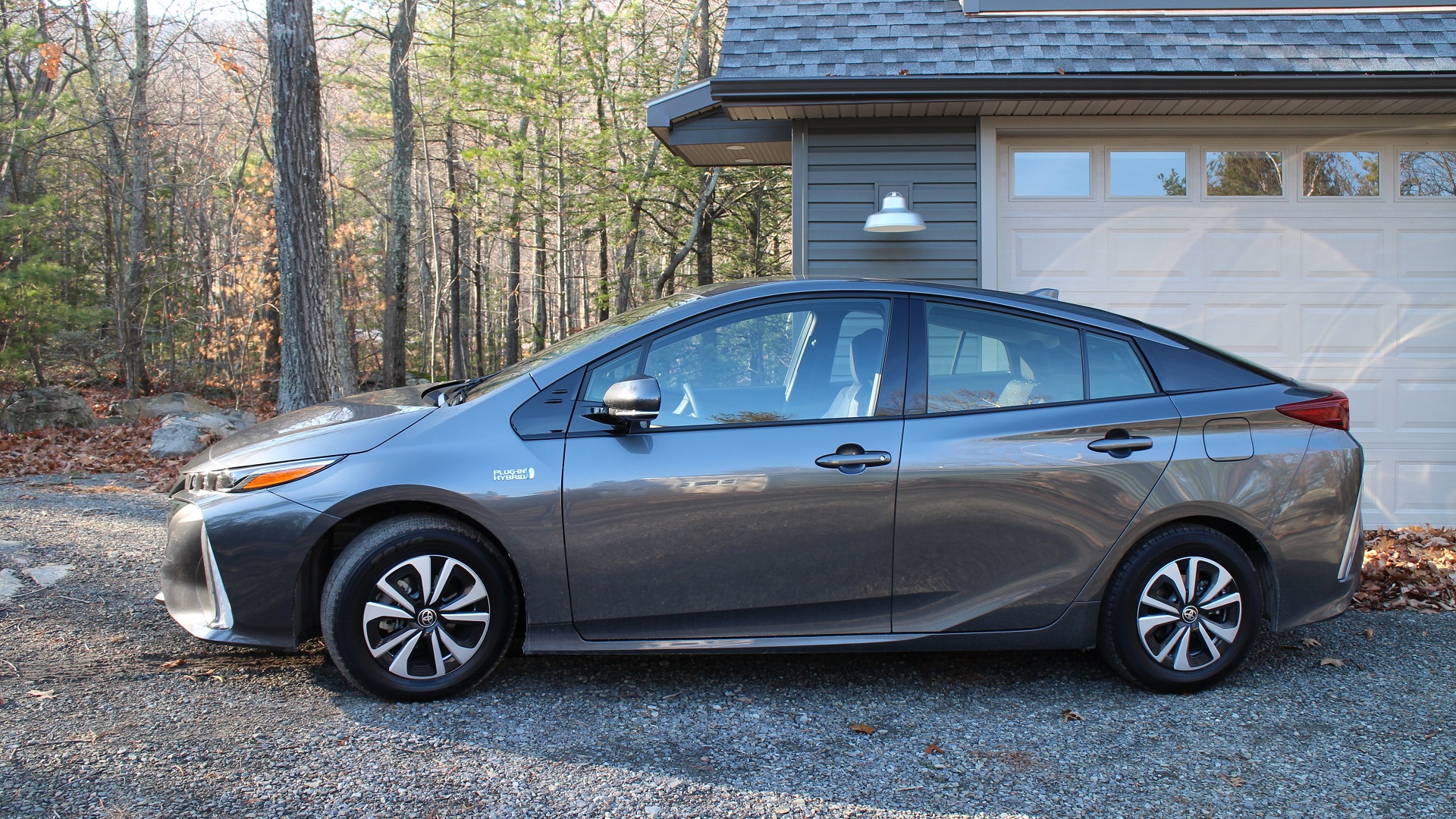 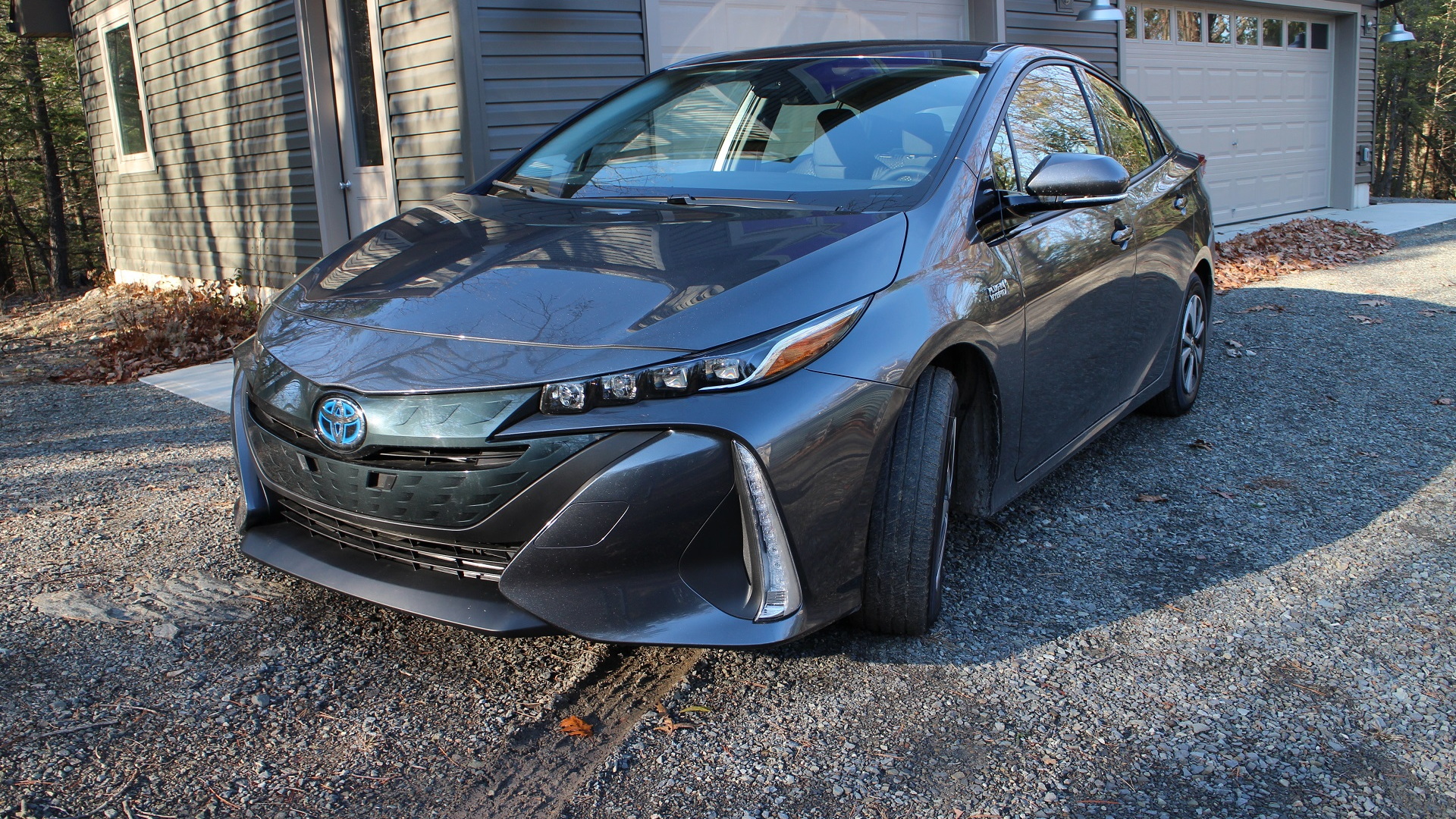 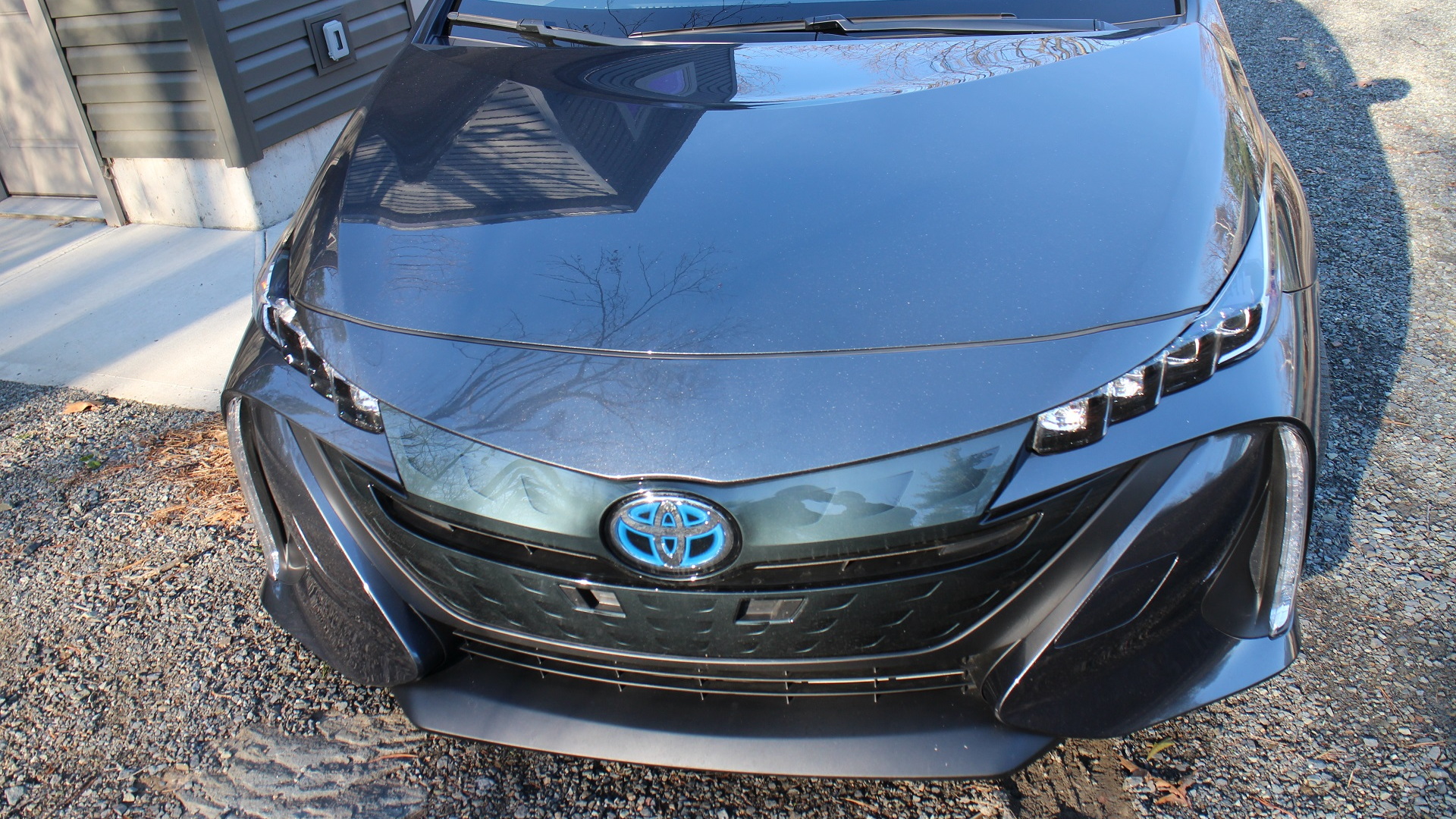 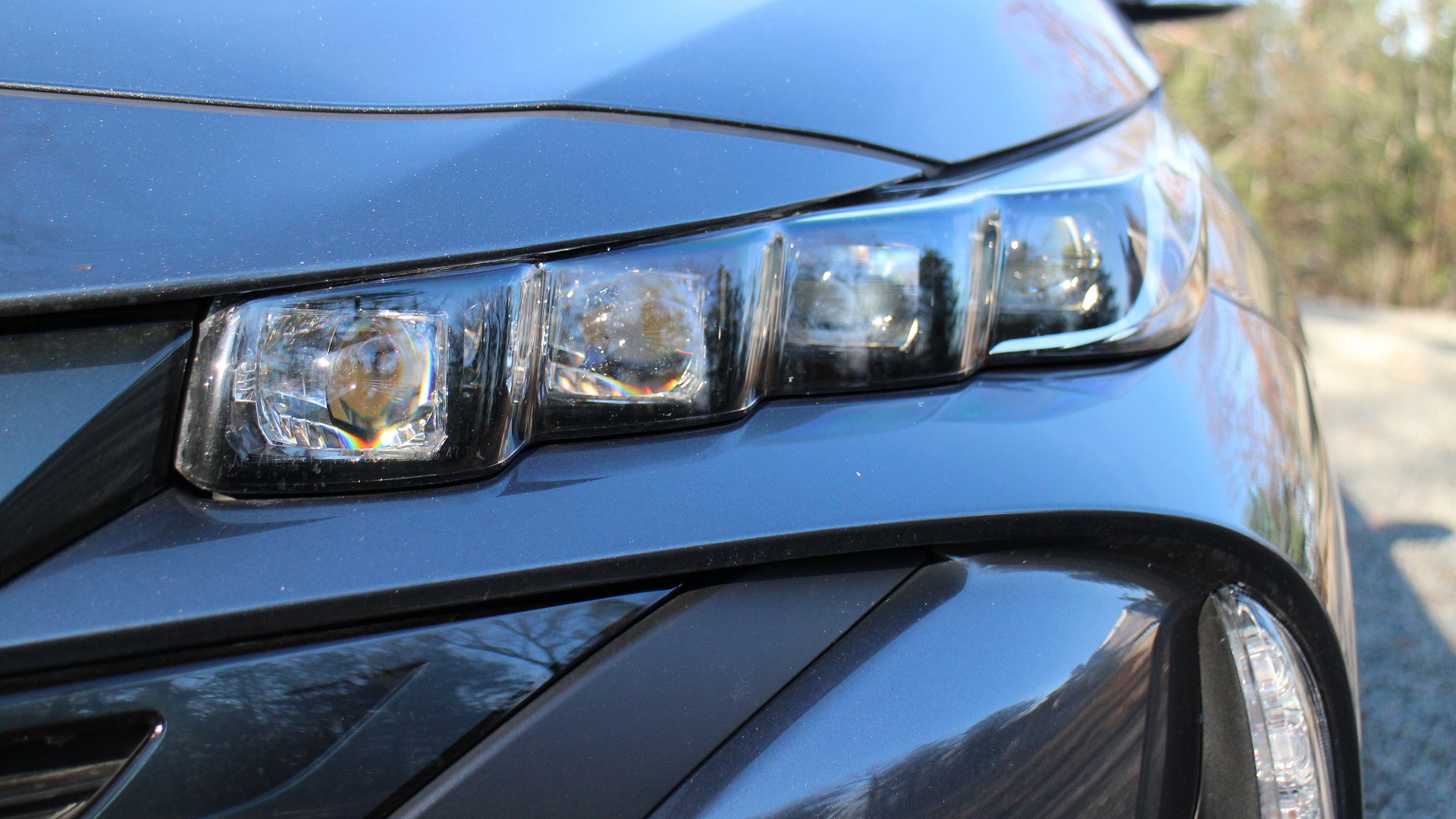 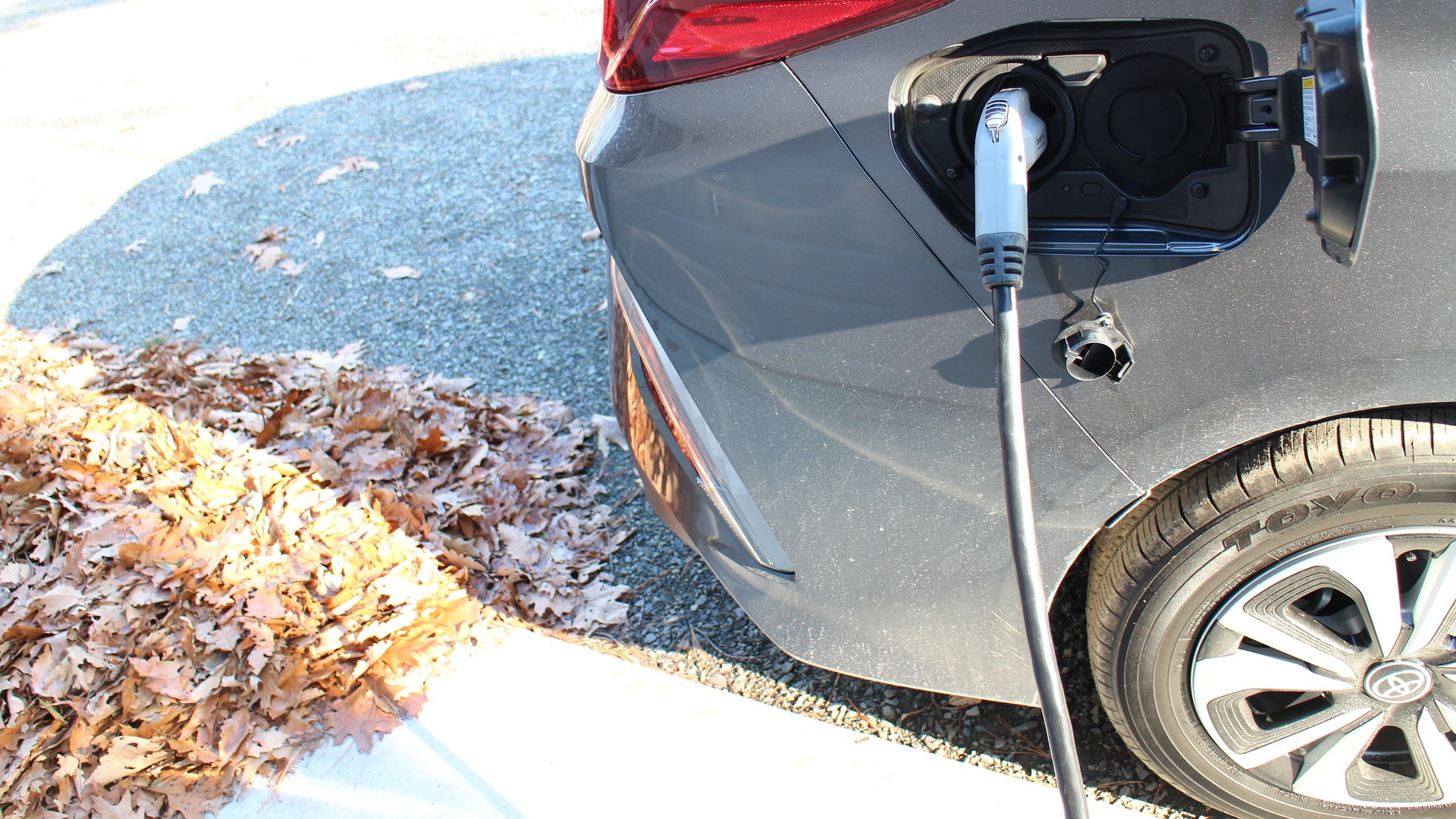 The 2017 Toyota Prius Prime turned out to be a better plug-in hybrid than we had expected when we drove it around sunny Ojai, California, on the press launch in October.

It's a viable competitor to the second-generation Chevrolet Volt plug-in hybrid, though the Volt has an EPA-rated 53 miles of electric range to the Prime's 25 miles.

Now we've had a chance to test the Prius Prime in real-world use and less temperate climes, and its virtues largely held up.

We covered 279 miles on our usual test route, consisting of about two-thirds highway miles and one-third lower-speed local and suburban running around.

Plugging in over three consecutive nights, and once during the day, we covered 30 percent of that total (83 miles) solely on electricity from the grid.

The Prime's trip computer said it had achieved 69.2 miles per gallon over that distance, but that blended "gas mileage" includes the miles covered without the engine on.

Calculating that it had consumed just over 4 gallons of gasoline over that distance, that works out to 48.7 miles per gallon while running in conventional hybrid mode with a depleted battery.

The Prius Prime is rated at 55 mpg city, 53 mpg highway, and 54 mpg combined, so our result was exactly 10 percent lower than its combined rating.

That makes sense, since the car was delivered with no battery charge at all and the bulk of the gasoline consumed was at highway speeds, where Toyota hybrids tend to be lower.

With one exception, the Prius Prime behaved exactly as it had in the temperate California weather.

That is to say, it never switched on its engine if the 8.8-kilowatt-hour lithium-ion battery pack had charge remaining above the 1 kwh or so it reserves for conventional hybrid use.

That was an unexpected and welcome decision by Toyota's engineers, and it sharply differentiated the Prius Prime from its predecessor, the 2012-2015 Prius Plug-In Hybrid.

The exception to the no-engine rule came after a long overnight cold soak in temperatures down to the high 30s Fahrenheit.

Turning on the Prime for the first time after that period, even though it had been fully recharged, caused the engine to come on within seconds at a 45-degree temperature.

It stayed on only for a couple of minutes, though. And then it remained off until the pack was depleted.

We've had engines switch on at those temperatures (and below) in many hybrids, because using resistance heating to warm the cabin would consume a great deal of the battery charge.

Despite having the climate control on Eco mode and using the heated seats, the engine did flip on that one time.

But it didn't do so again even after leaving the car for several hours at similar temperatures, making us think Toyota's done a lot of work on conserving heat to avoid engine use.

Otherwise, we drove the Prius Prime at up to 72 mph in electric-only mode, meaning it can cover pretty much any driving conditions you would normally encounter electrically.

As before, the Prime accelerated from 0 to 20 mph on electricity alone even when operating in hybrid mode.

And when maximum acceleration was required with a depleted battery, the engine produced the usual "motorboating" howl.

But the newest Prius isolates and insulates noise better than its predecessors, so the engine noise felt remote, "somewhere up front," rather than inside the cabin as before.

We registered several new impressions, good and bad, about the Prius Prime after living with it for several days:

But once it had been recharged, it operated perfectly well as an electric car for 20 miles or more.

And the Prius Prime felt much stronger and more electric in stop-and-go New York City traffic than the current generation of non-plug-in Prius models.

The city has recently reduced its blanket speed limit from 30 mph to 25 mph to improve the chances that pedestrians hit by cars will survive.

Stop-and-go traffic limited to 25 mph is a perfect duty cycle for a car like the Prius Prime, especially if Toyota boosts battery capacity in a few years as expected.

It still has only four seats, so it won't serve as a taxi any time soon, but its virtues in the city only amplify its overall suitability for whatever an owner chooses to do with it.

As we concluded after our first drive, the Prius Prime is now by far the closest competitor to Chevy's Volt.

The Volt has much greater electric range, but its two back seats are more snug (and its fifth "seating position" is more a marketing gimmick than a usable seat).

The Toyota is cheaper, though the higher Federal income-tax credit on the Volt cuts the $6,000 difference in half.

And we suspect that Toyota buyers, former Prius owners, and plug-in fans who feel the need for gasoline range will all flock to the plug-in Prius Prime.

Its sales in November, the first month it was available, were 781, meaning that in future months it may come on strong.