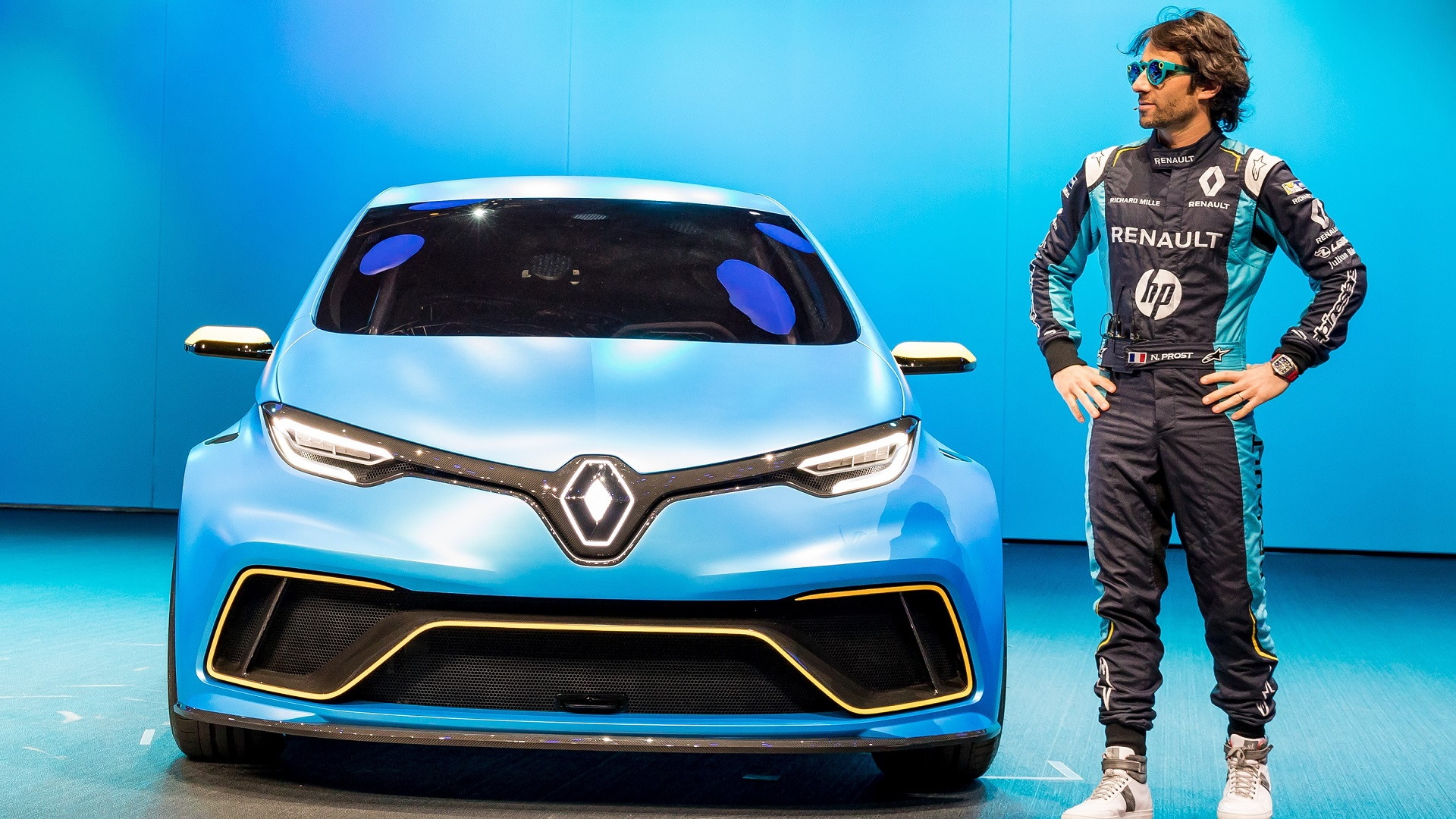 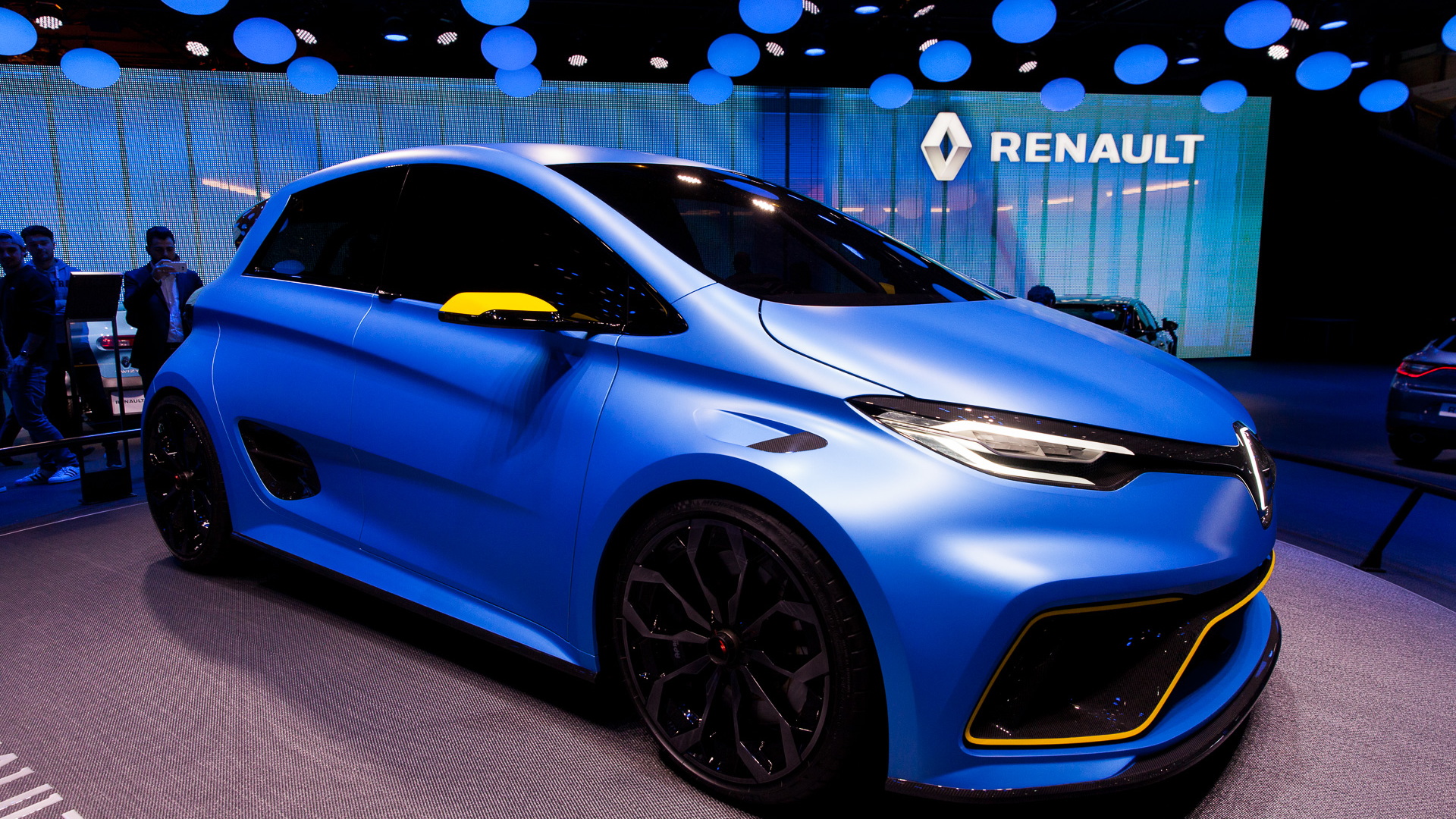 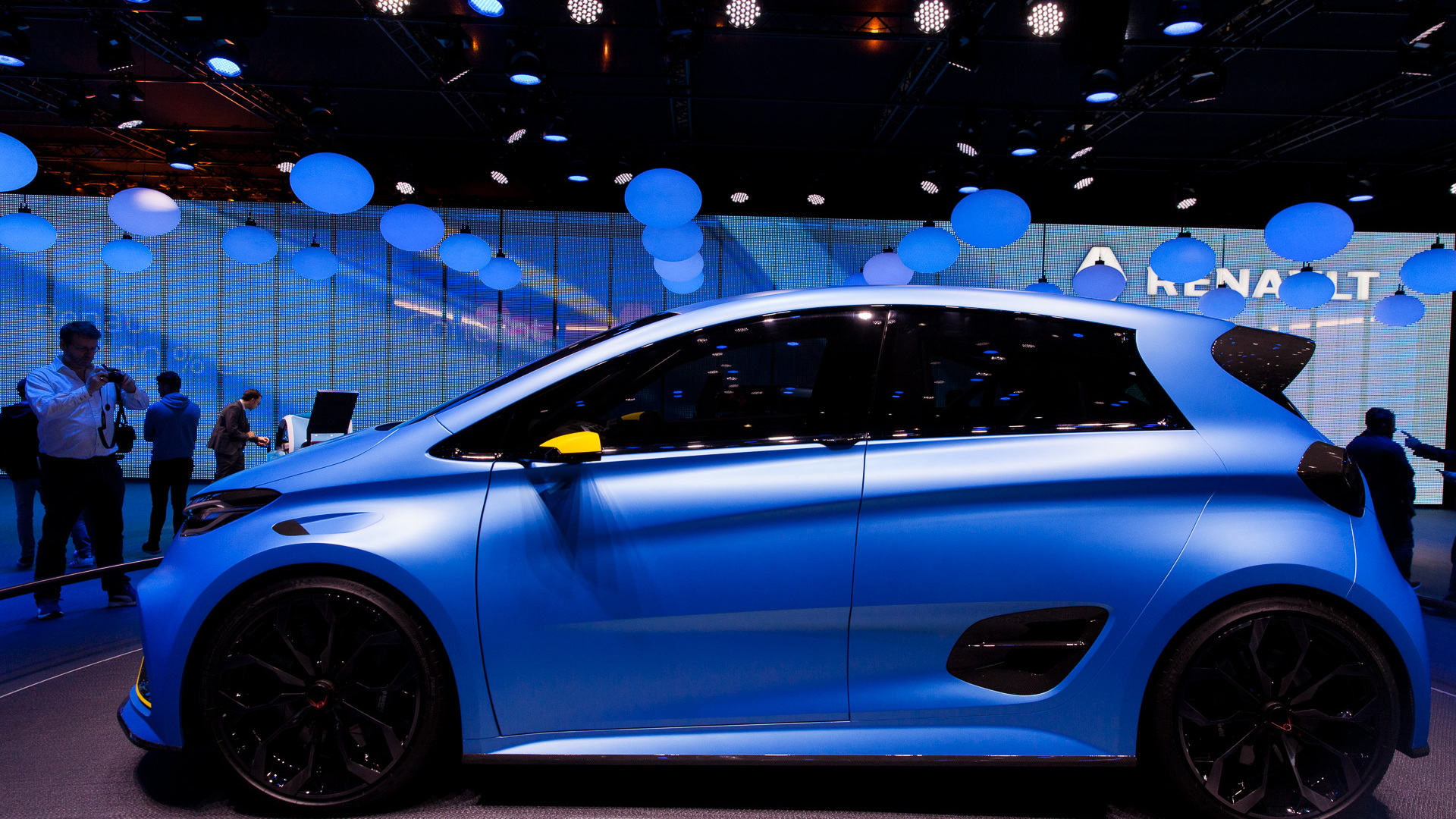 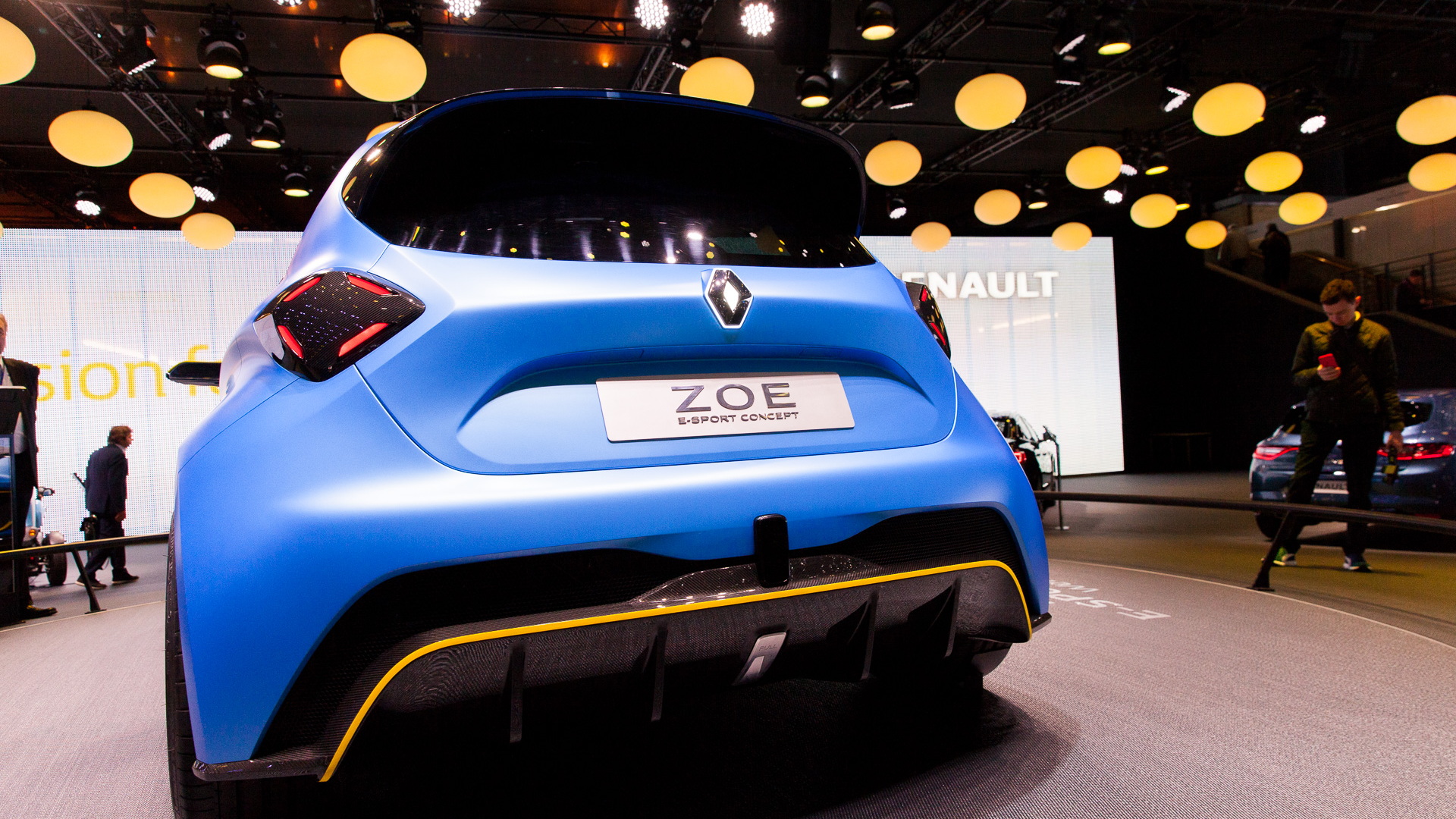 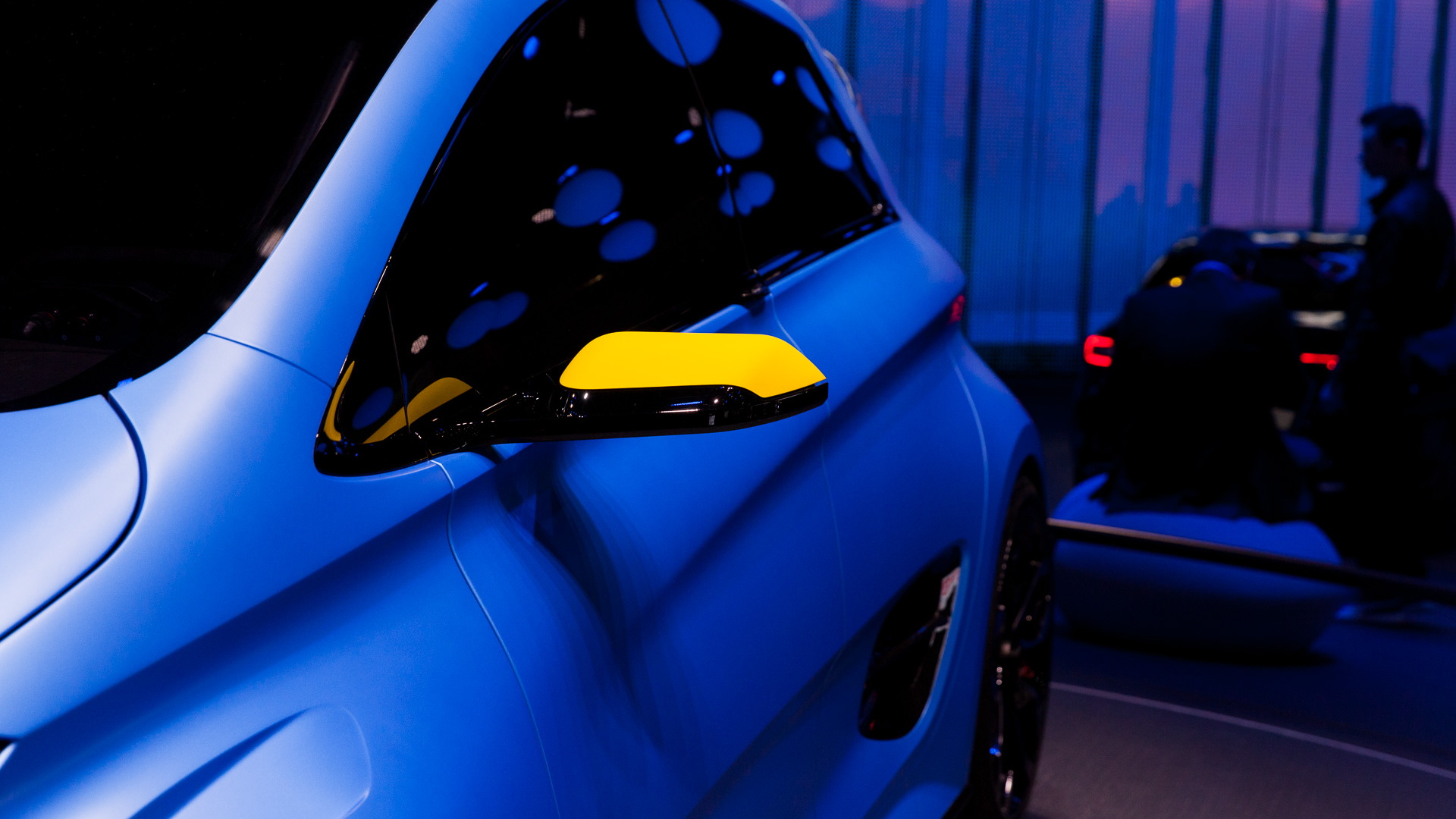 The Renault Zoe, a subcompact hatchback, has little in common with the Tesla Model S besides a battery-electric powertrain and five doors.

But the maker of Europe's best-selling electric car seeks to underscore the idea that "electric cars can be fun and fast," perhaps hoping that some of Tesla's high-velocity image will rub off.

At this week's Geneva auto show, the company unveiled a Renault Zoe e-Sport Concept vehicle that took its electric hatchback in a very different direction.

Its bodyshell is made entirely of the same carbon fiber used in the highest-performance race cars, according to Renault.

That gives it acceleration from 0 to 100 km/h (0 to 62 mph) in just 3.2 seconds—on a par with some higher-performance versions of the Tesla Model S.

The e-Sport Concept has a number of visible performance enhancements compared to a standard Zoe.

The bright-blue paintwork with black trim and yellow accents is the same livery that's used on the Formula E electric single-seater race car fielded by the Renault e.dams team this season.

READ THIS: Nissan and Renault to share common electric-car platform in future

While we weren't at the Geneva show unveiling, this seems more like a bit of eye candy than an indication of a future Zoe production model.

The Zoe, launched in 2012, is now in its fifth model year, and will likely be replaced by a second-generation version within the next two or three  years.

That new Zoe will share at least some underpinnings with the second-generation Nissan Leaf expected to be unveiled this year, under a continuing platform-sharing program within the Renault Nissan Alliance.

The Zoe has been revitalized this year by the option of a 41-kilowatt-hour battery pack, up from 22 kwh in earlier versions, that gives it a range of 300 to 400 km (185 to 250 miles) on the European test cycle.

Together, Renault and Nissan have sold more than 300,000 battery-electric vehicles since December 2010.