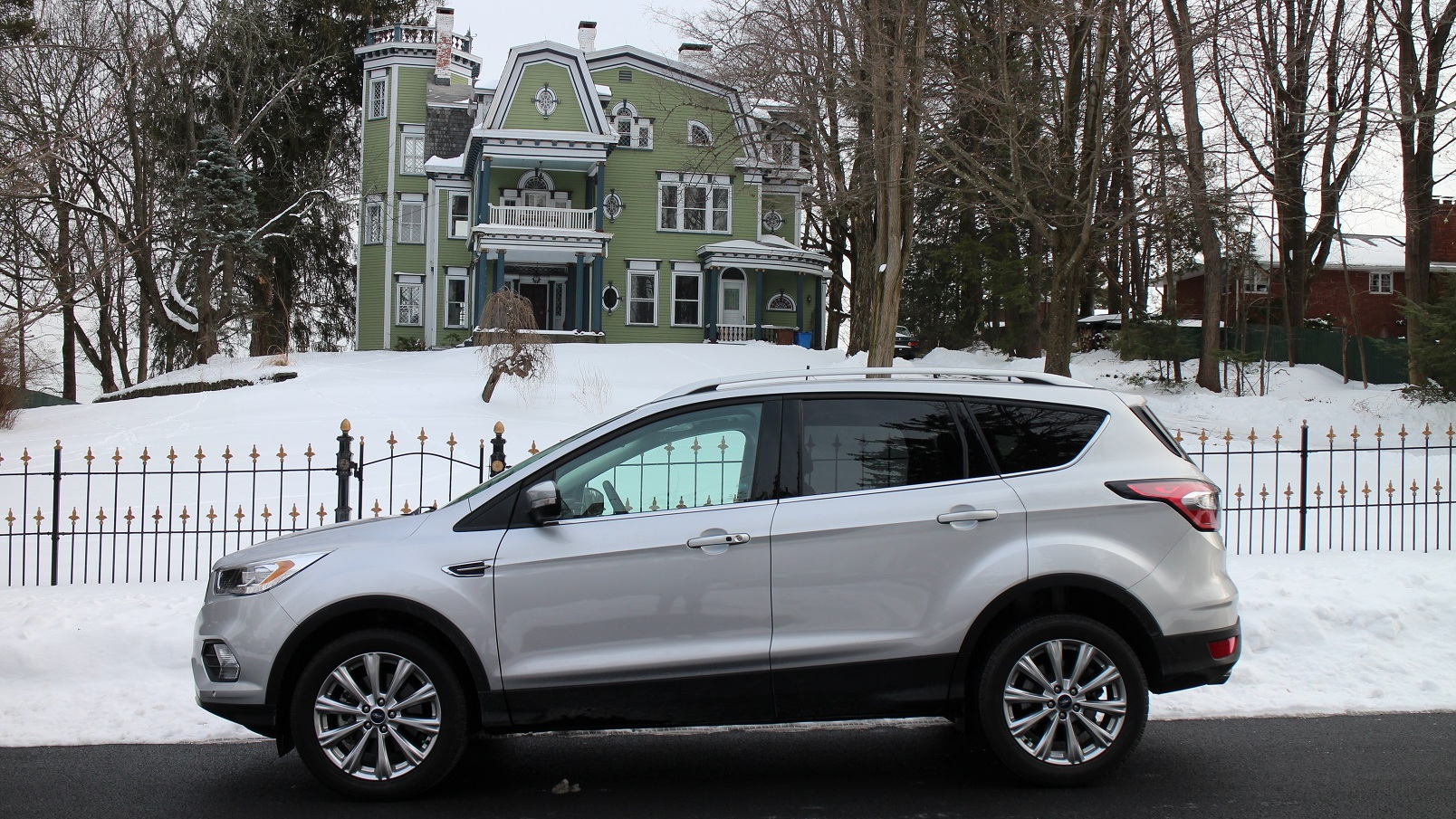 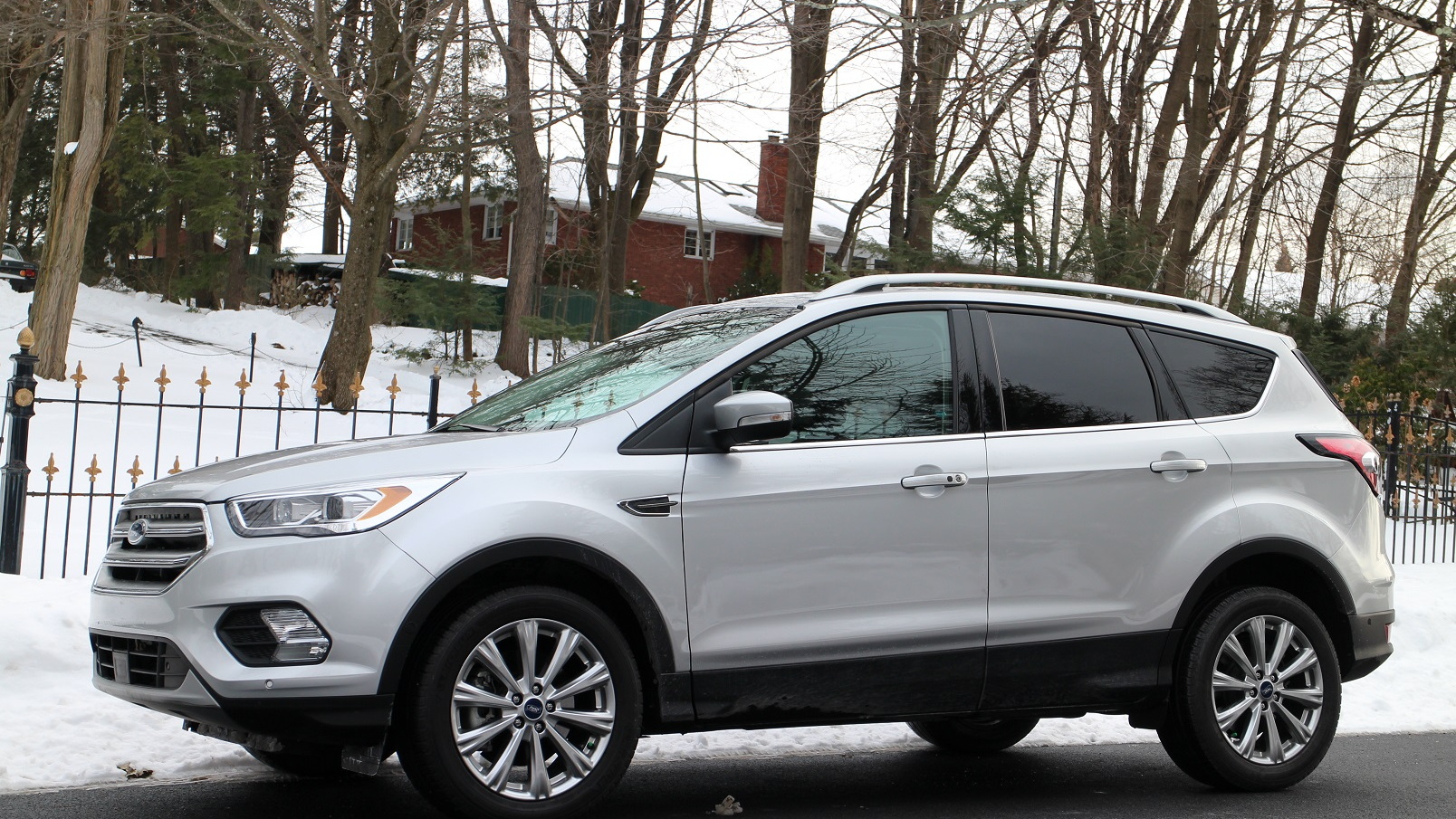 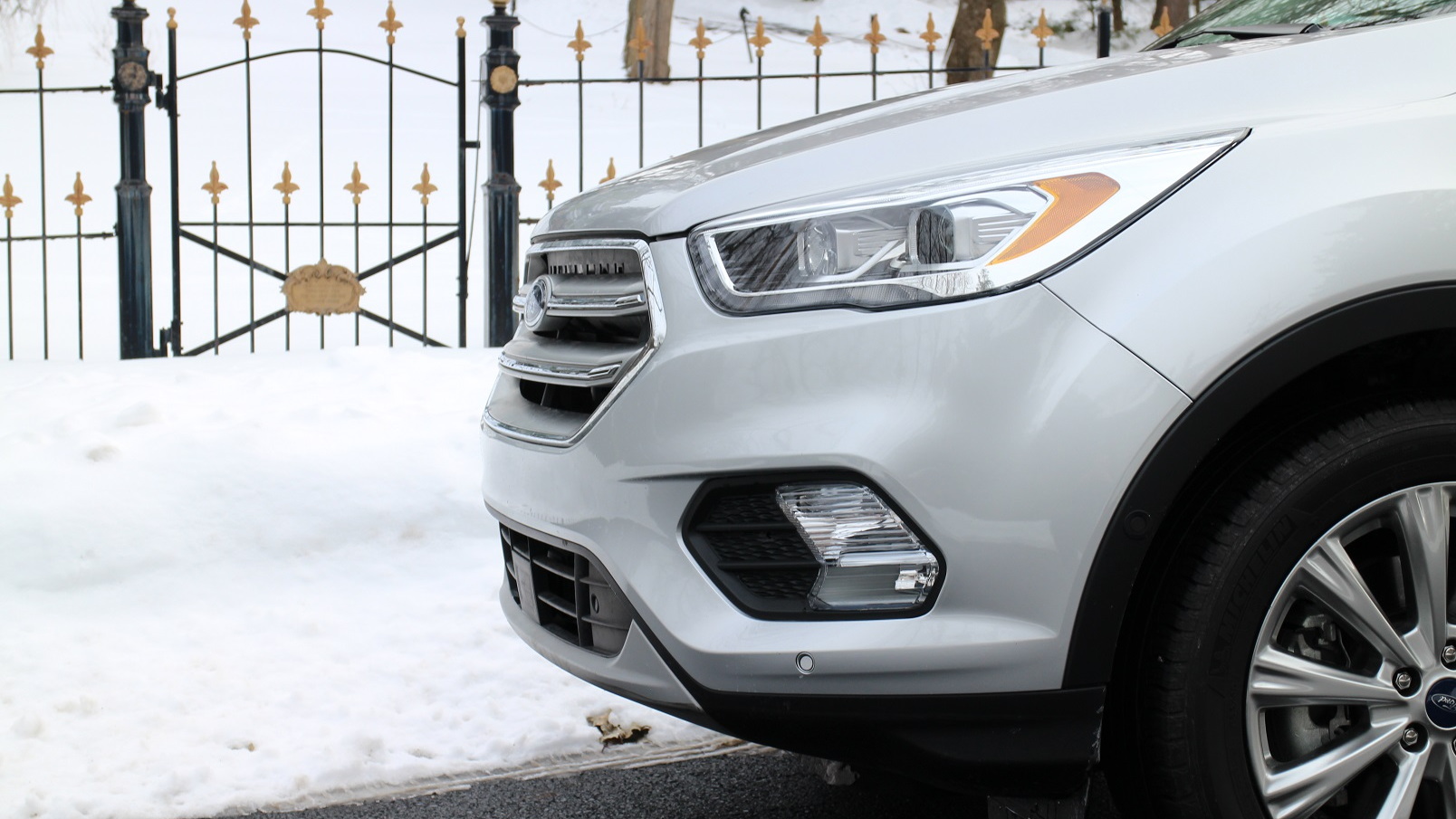 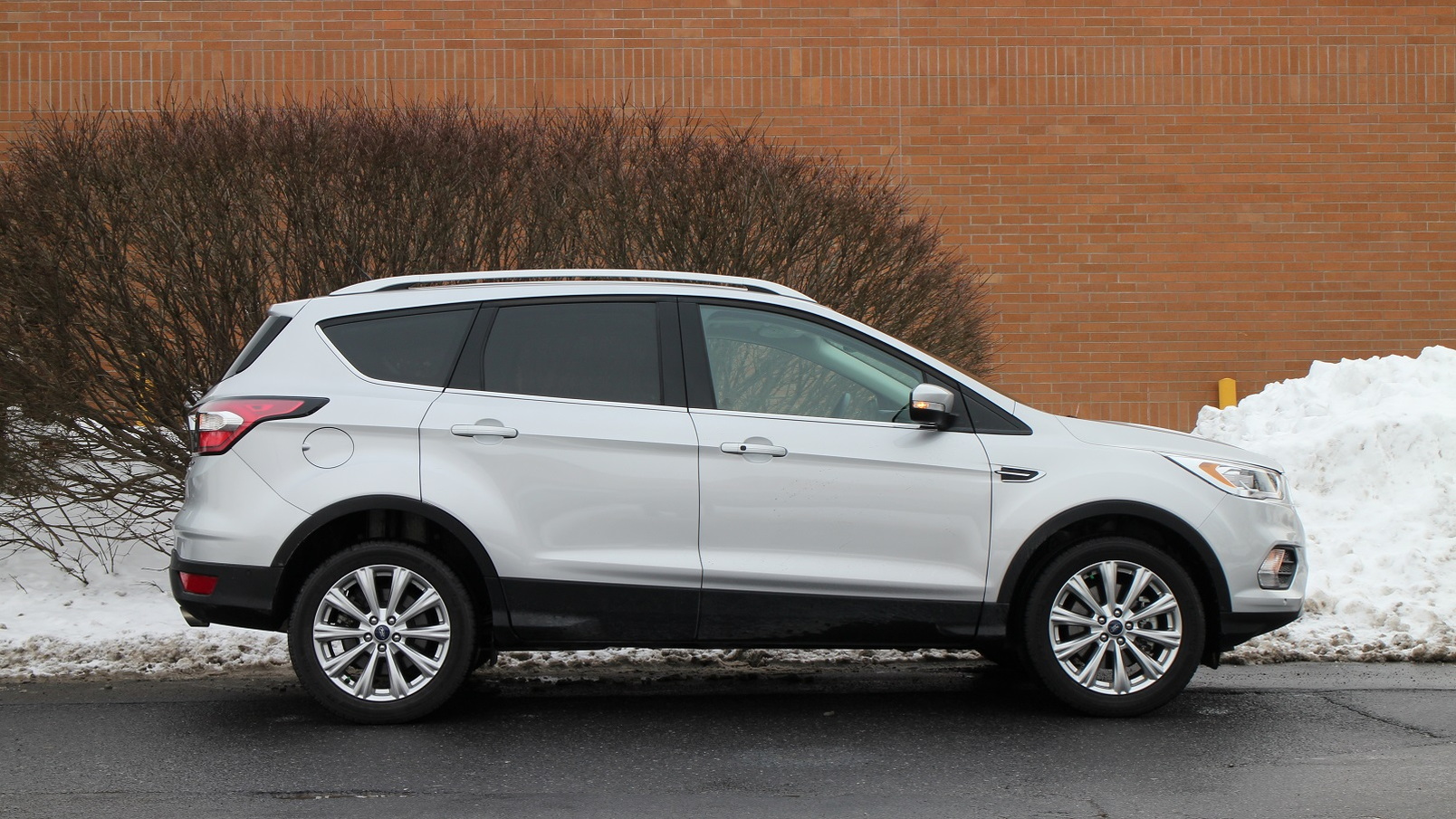 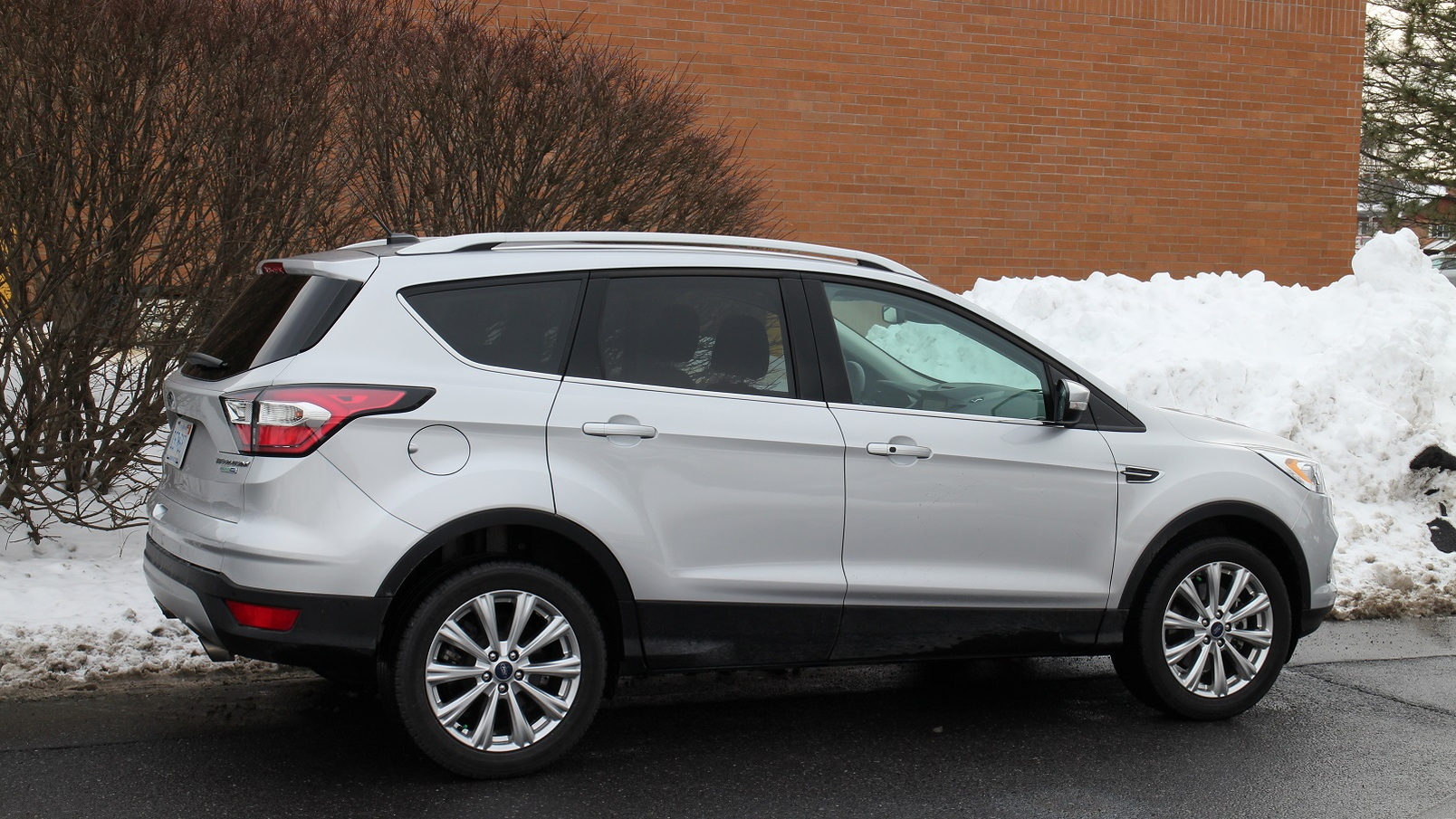 Smaller engines with turbochargers have spread throughout new vehicles as a way to meet the increasingly stringent fuel-efficiency rules that started in 2012.

But no maker has been as forward about marketing that technology as Ford, which now offers a range of downsized and boosted engines under the EcoBoost brand.

We'd tested a couple of Ford Escape compact crossovers with earlier EcoBoost engines several years ago, but wanted to spend some time with the latest iteration.

For the 2017 model year, the Escape has been freshened in several ways.

Those include a styling update that gives it what is, to our eyes, a much more handsome and coherent nose than the multiple conflicting shapes of earlier years.

The taillights are slightly changed, and among other interior changes, Ford's much-loathed MyFordTouch voice recognition system has been replaced by the simpler Sync 3 with Android Auto and Apple CarPlay.

The engine, meanwhile, has gotten even smaller. The previous 1.6-liter EcoBoost inline-4 was replaced by a newer 1.5-liter four, rated at 179 horsepower and mated to a 6-speed automatic transmission.

Our top-of-the-line Titanium model came with all-wheel drive, which Ford calls "4WD" on the label.

This version of the Escape is rated at 22 mpg city, 28 mpg highway, for a combined rating of 24 mpg—far from the highest among compact-crossover competitors.

Over four days and 410 miles of winter driving, on our usual route of about two-thirds highway and one-third around-town use, we logged 22.8 miles per gallon on the trip computer.

While that's within the 10-percent deviation from the combined rating that we feel is fair for any car, it's still slightly disappointing.

We didn't load the Escape particularly heavily, or drive aggressively. We tried to use it as a typical family doing some highway trips would.

User estimates of real-world gas mileage haven't yet been posted to the EPA's own website, but the engine appears to be too new even for crowdsourced site Fuelly.

We note, however, that the mileage returned by our 2017 Escape 1.5-liter is commensurate to the performance of the 2014 Escape with the previous 1.6-liter EcoBoost engine that we tested in December 2013.

That model was rated at 26 mpg combined, and our 285-mile test produced an indicated gas mileage of only 24.8 mpg.

We conclude that, as word among owners seems to indicate, Escapes with EcoBoost engines seem to underperform their combined EPA ratings in many circumstances.

Or as the saying goes, "You can have Eco, or you can have Boost, but you can't have both at the same time."

Indicating just how pricey compact crossovers have gotten (for something that is classified by NHTSA as a "light-duty truck"), the window sticker on our 2017 Ford Escape Titanium "4WD" totaled $36,625.

That comprised a base price of $30,850, plus a $1,995 "equipment group" made up of the Titanium Technology Package, active parking assist, and a supplemental heater to provide immediate hot air out of the vents (we didn't notice, to be honest).

On top of that was $1,495 for the panoramic sunroof, $795 for the built-in navigation system, $595 for adaptive cruise control, and the mandatory $895 delivery fee.