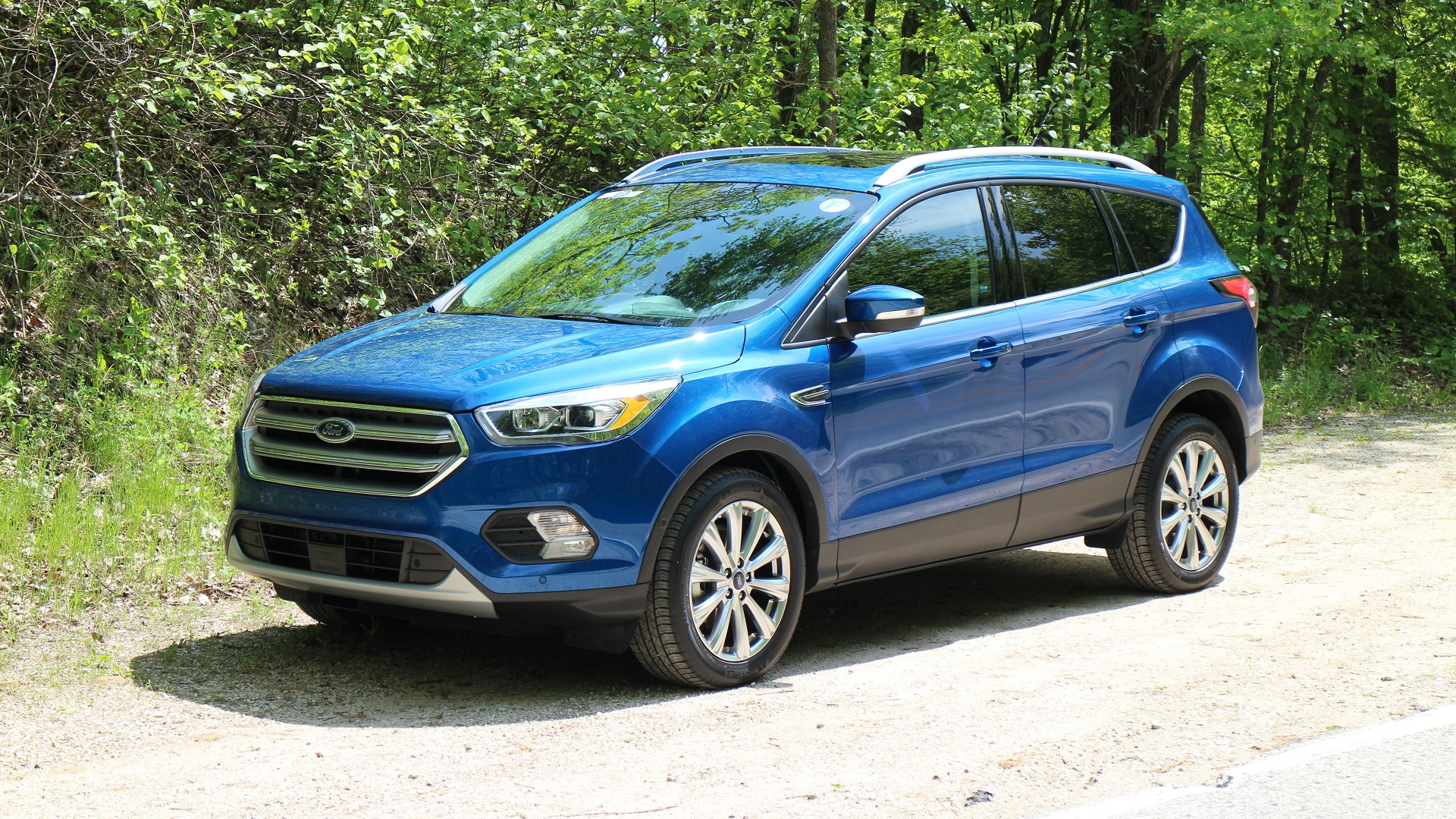 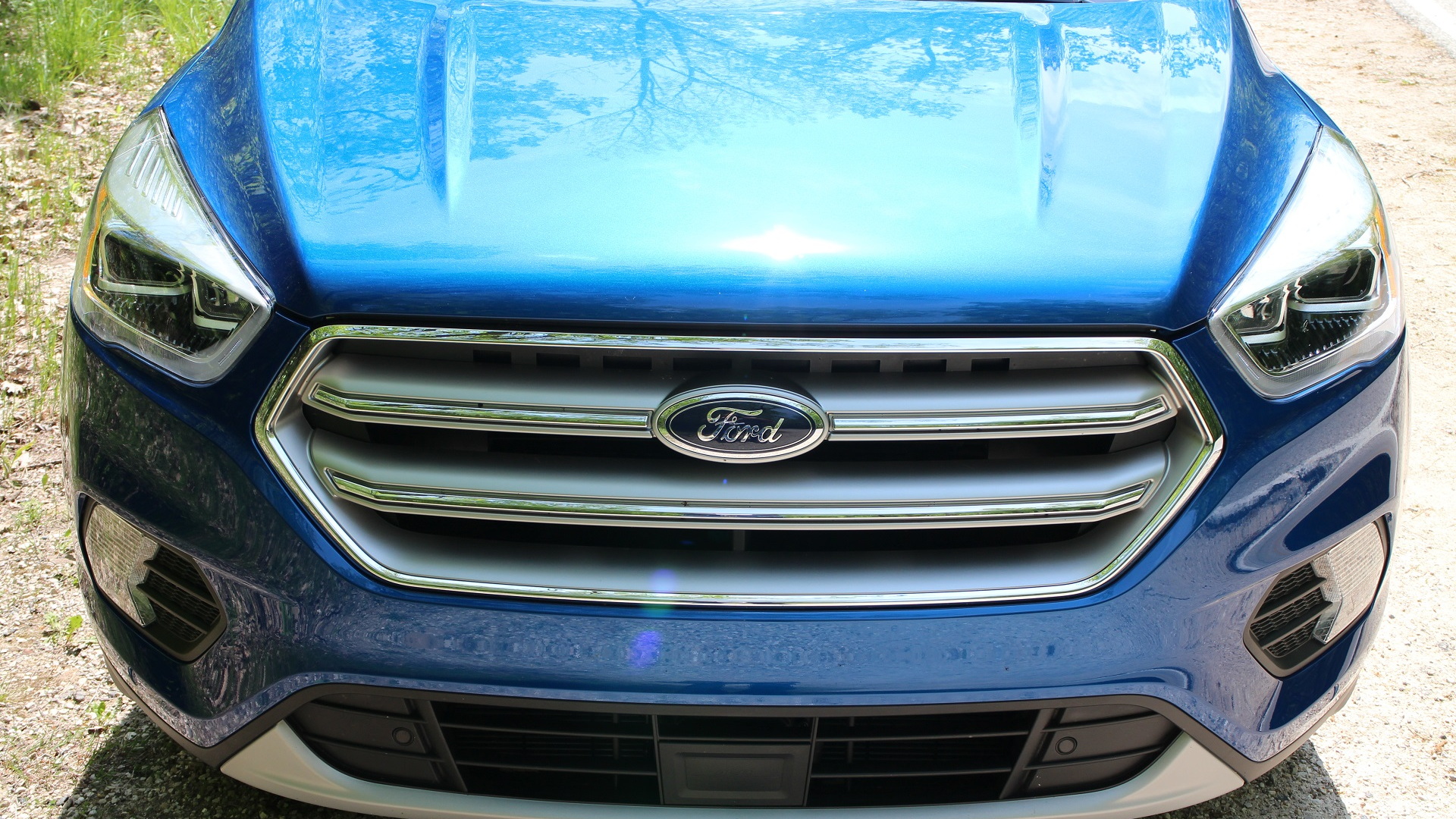 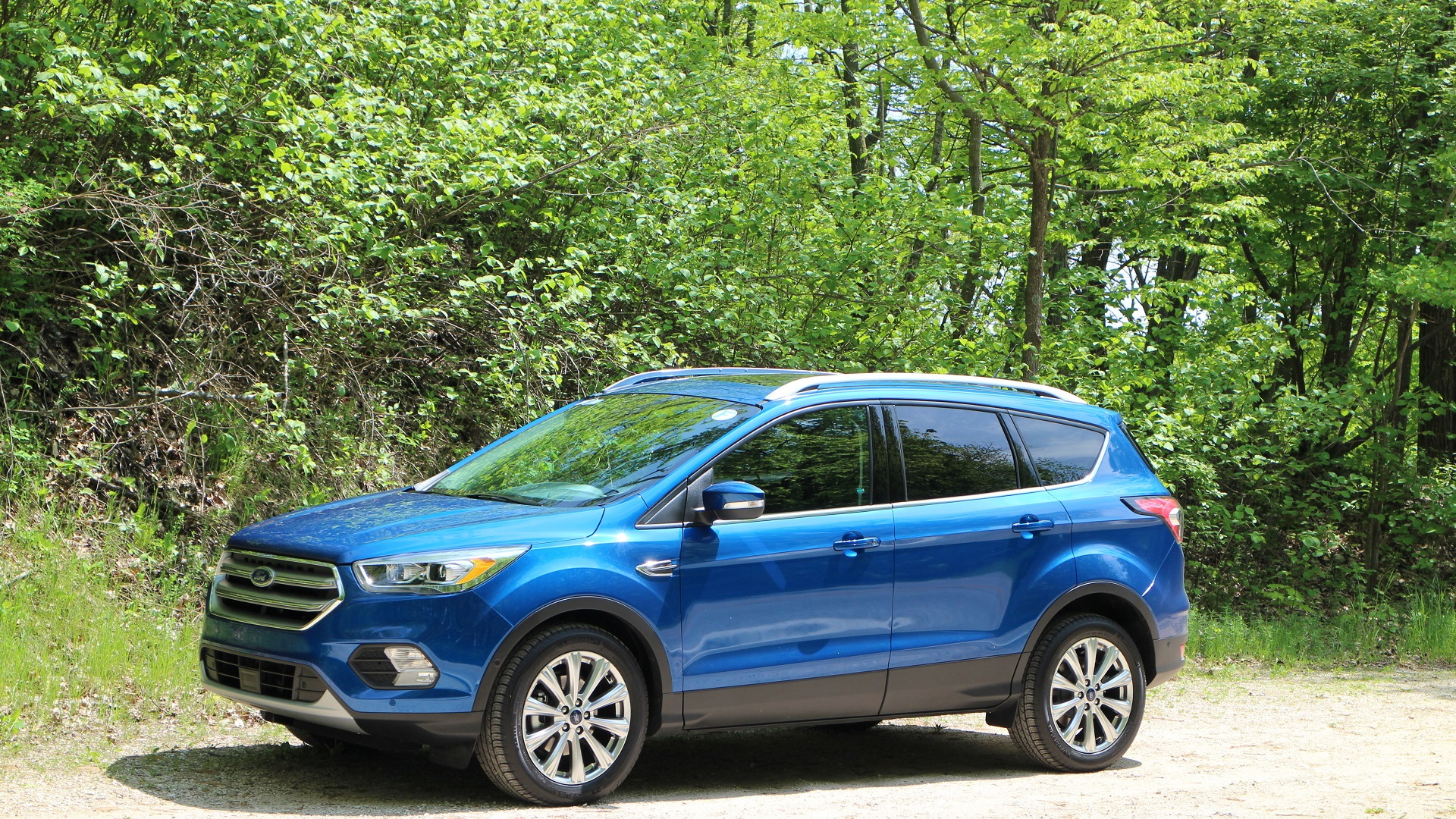 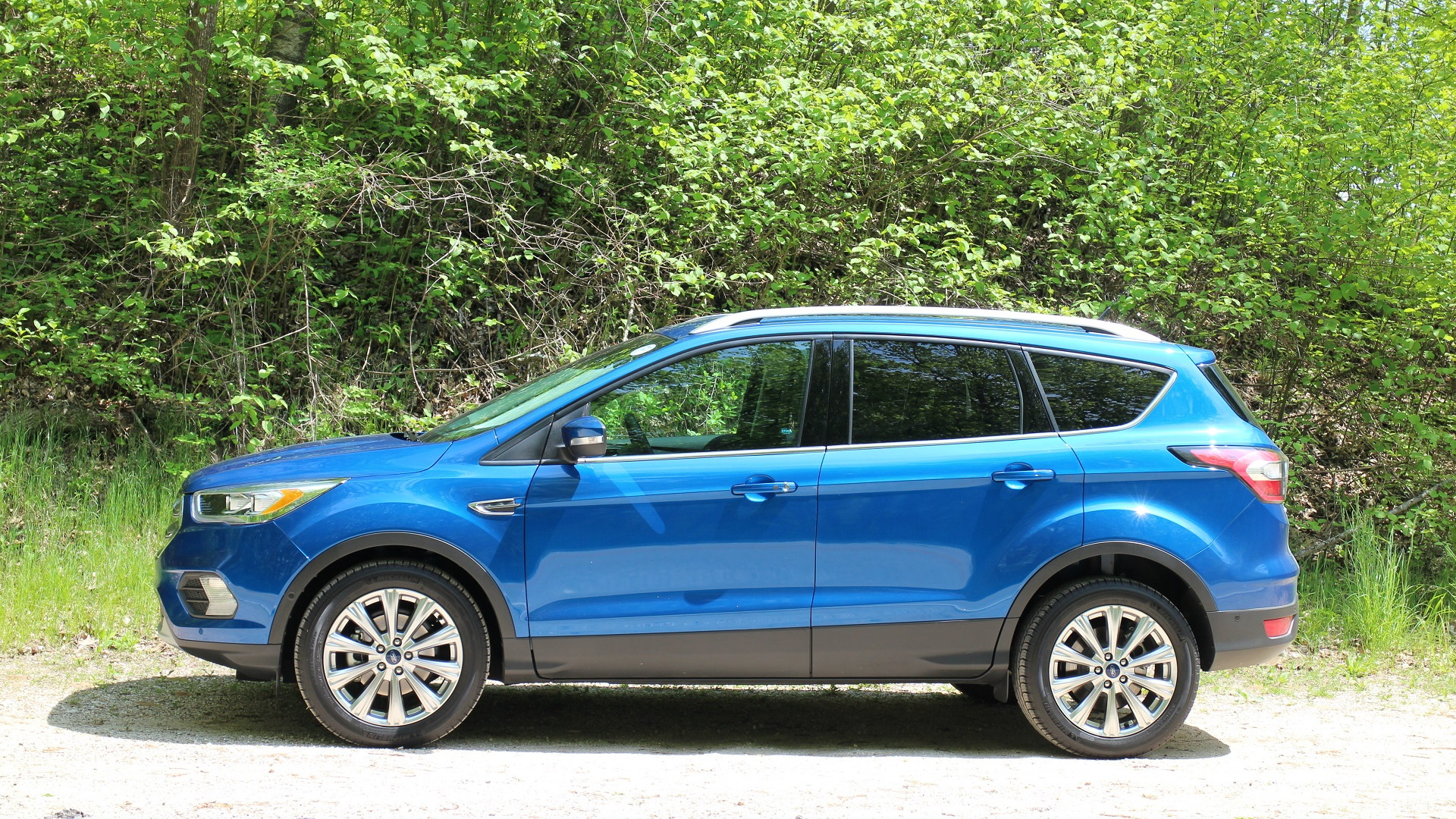 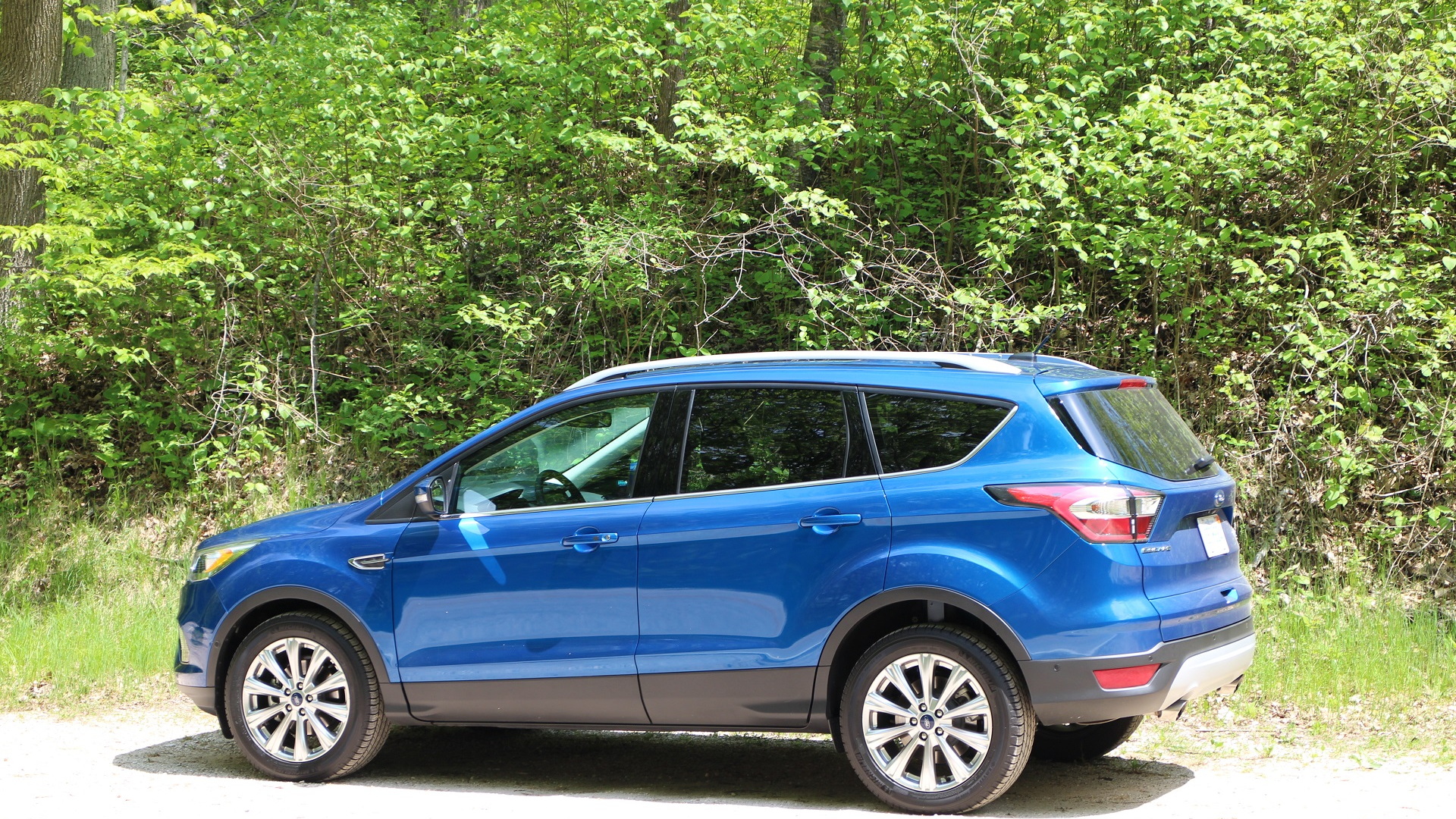 The Ford Escape has been a hugely popular small crossover SUV since its 2001 debut, and after a quick drive in the updated 2017 model, we're reminded why.

While it's not the most capacious entry in the segment, the driving experience is more rewarded and the interior quality remains top-notch even in the current generation's fifth year.

The 2017 Ford Escape gets a new face and additional technology features that keep it current and, to our eyes, clean up the looks.

We were never big fans of the front end on the 2013-2016 Escape, which just seemed to have too many different shapes and angles.

Now, with the Ford corporate face pioneered on the 2013 Fusion mid-size sedan, the 2017 Escape is cleaner, crisper, and still surprisingly modern looking.

It also uses the latest update of Ford's Sync voice-command system, known as Sync 3, which replaces the colorful but much-reviled MyFordTouch system used through last year.

It also gets Android Auto and Apple CarPlay integrated into the infotainment system.

And it hangs onto features like the popular foot-wave-to-open tailgate (which takes a bit of learning but is great for drivers with their arms full).

We were able to drive a 2017 Ford Escape fitted with the 179-horsepower 1.5-liter turbocharged four-cylinder EcoBoost engine and a six-speed automatic transmission on 20 miles or so of short drives cycles around Elkhart Lake, Wisconsin.

While we couldn't get any meaningful fuel economy data from our short drives, that configuration is rated at 26 mpg combined with front-wheel drive and 24 mpg combined when fitted with optional all-wheel drive.

That's only average for the segment, and lower than the Mazda CX-5, which gets a combined 29-mpg rating in its front-wheel-drive form.

It's no better than the Escape's previous 1.6-liter EcoBoost engine, and it's fully 6 mpg short of the Escape Hybrid that was taken out of production in 2012.

Meanwhile, a handful of impressions from our drive.

Our 2017 Ford Escape came with striking Titanium Blue paint, but no window sticker to lay out the various options and prices.