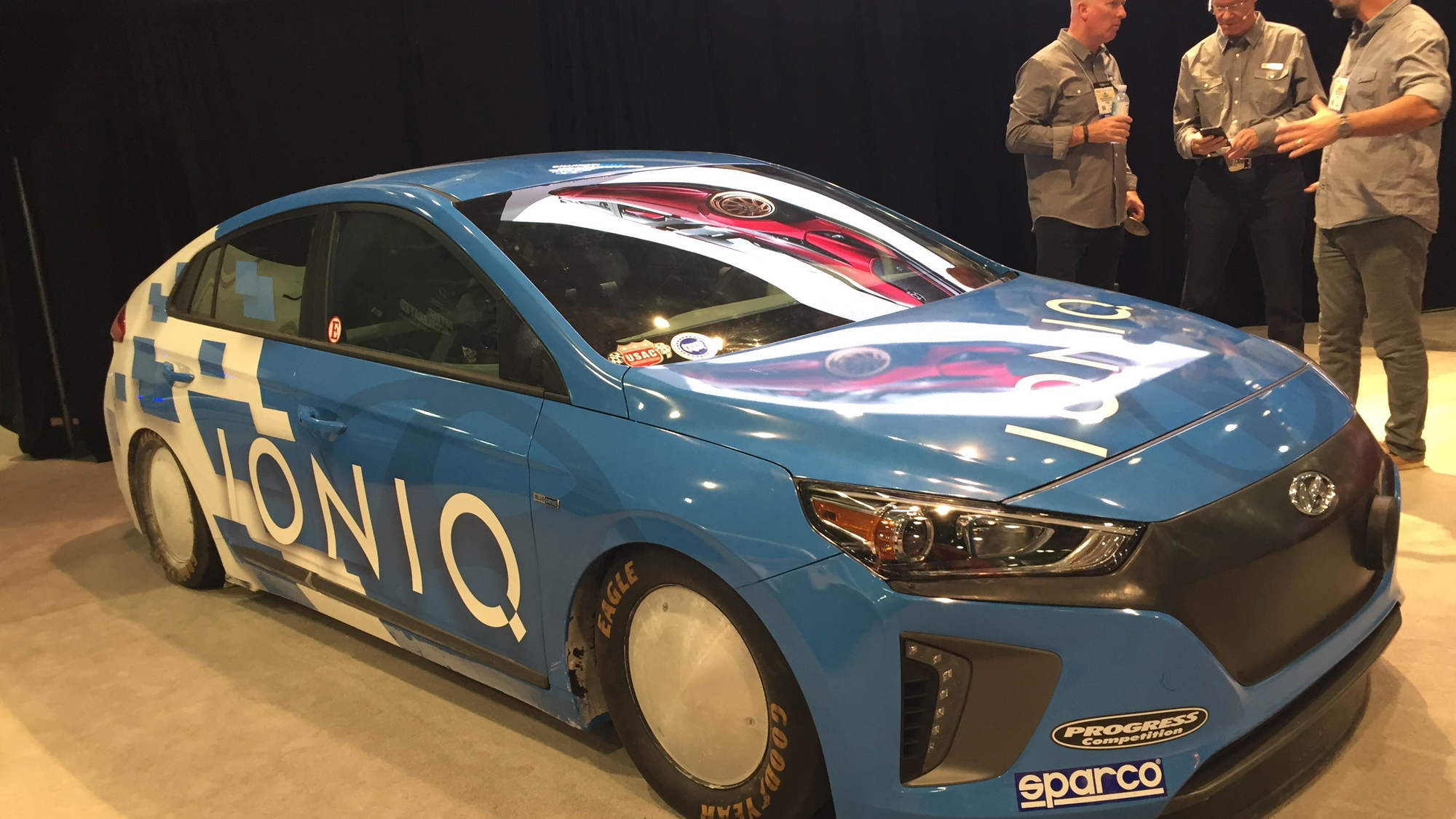 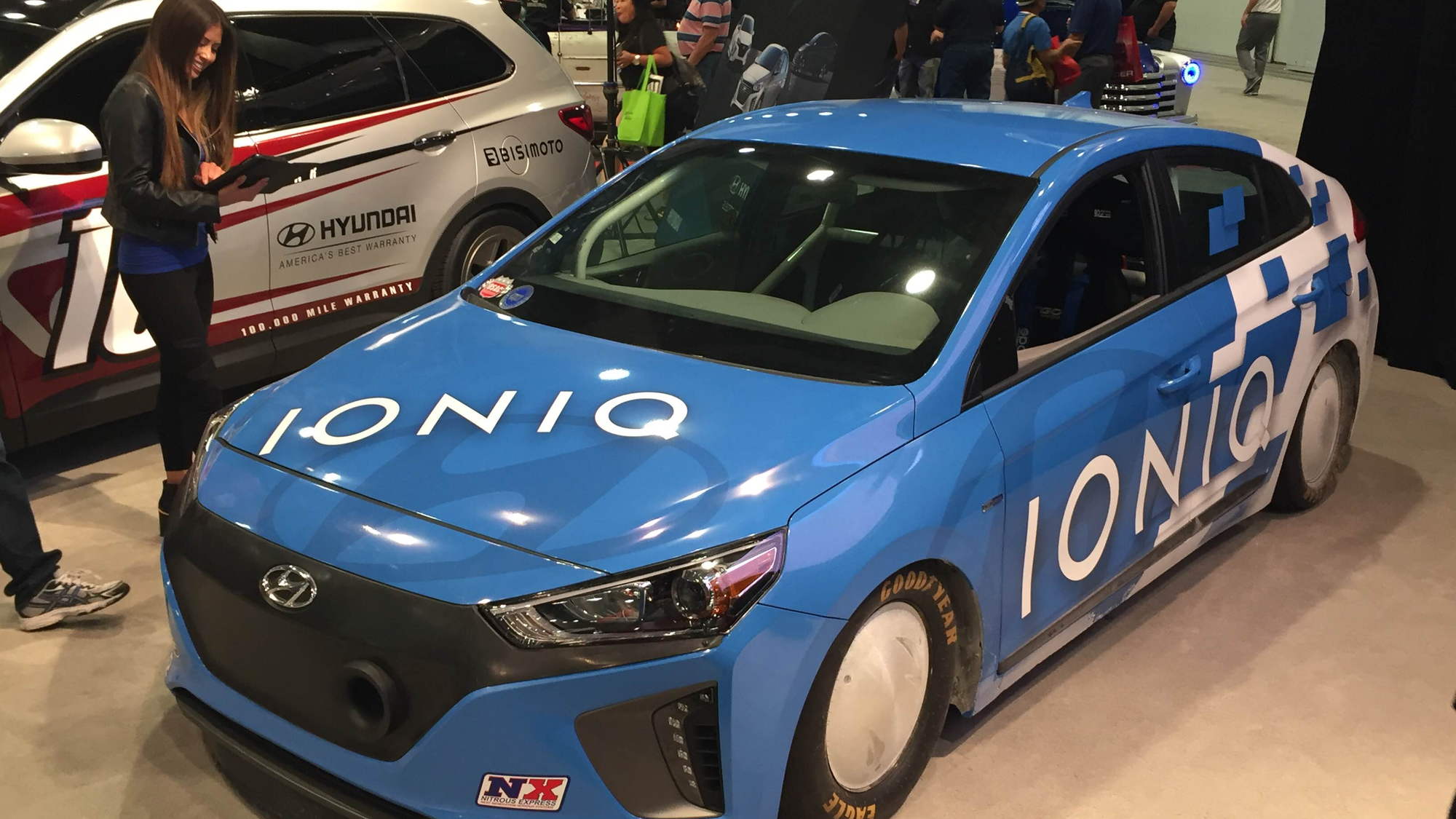 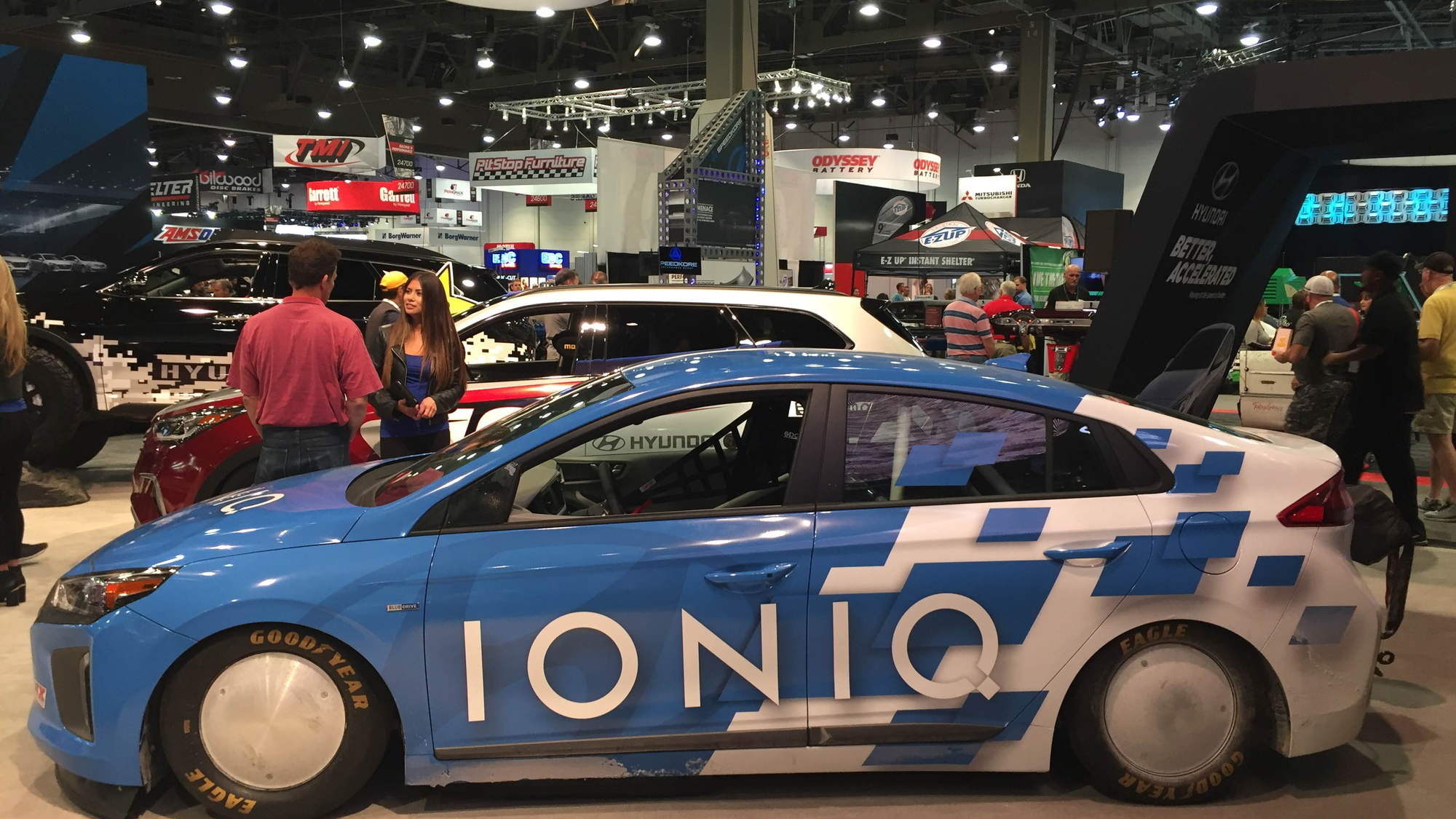 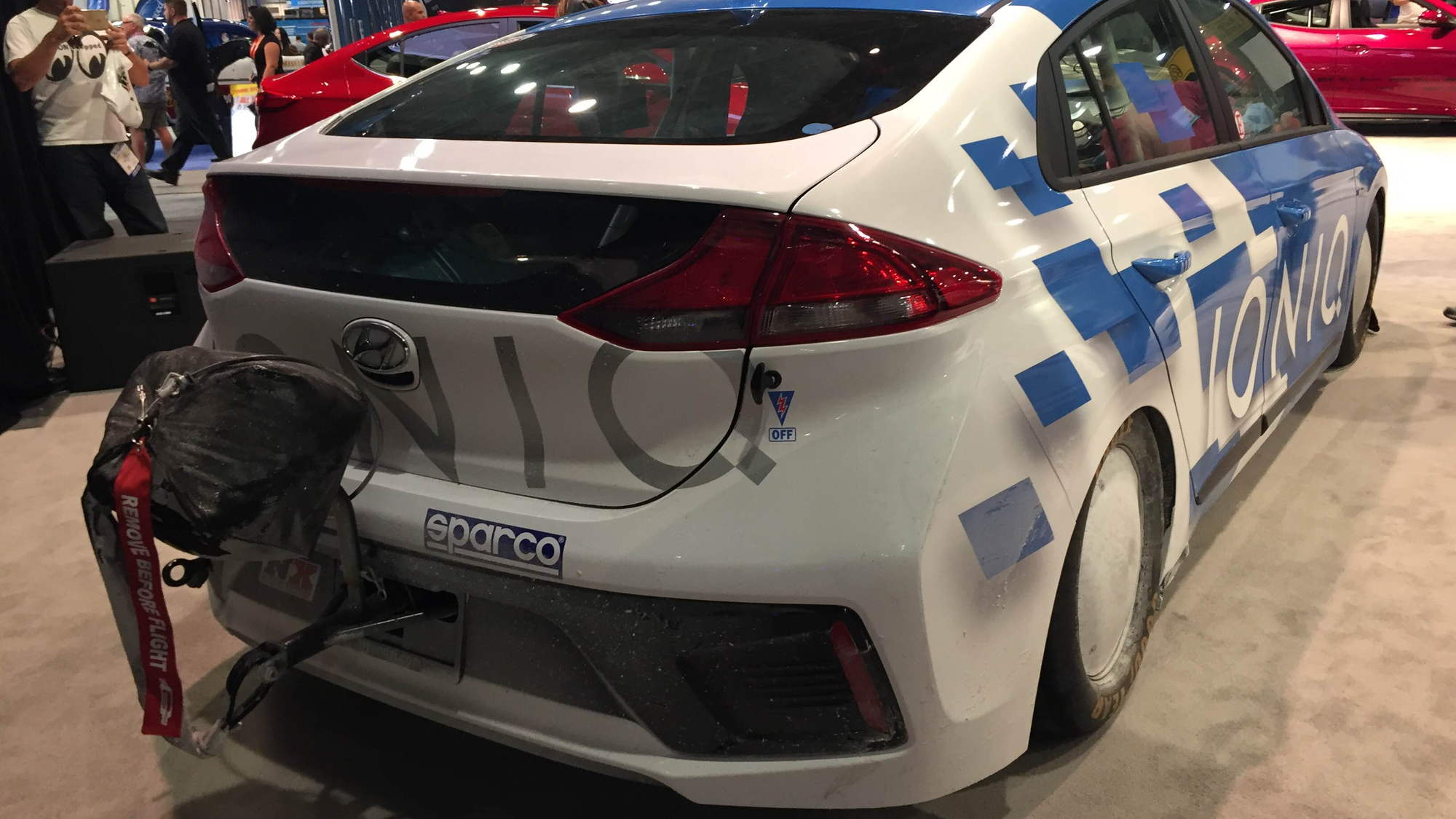 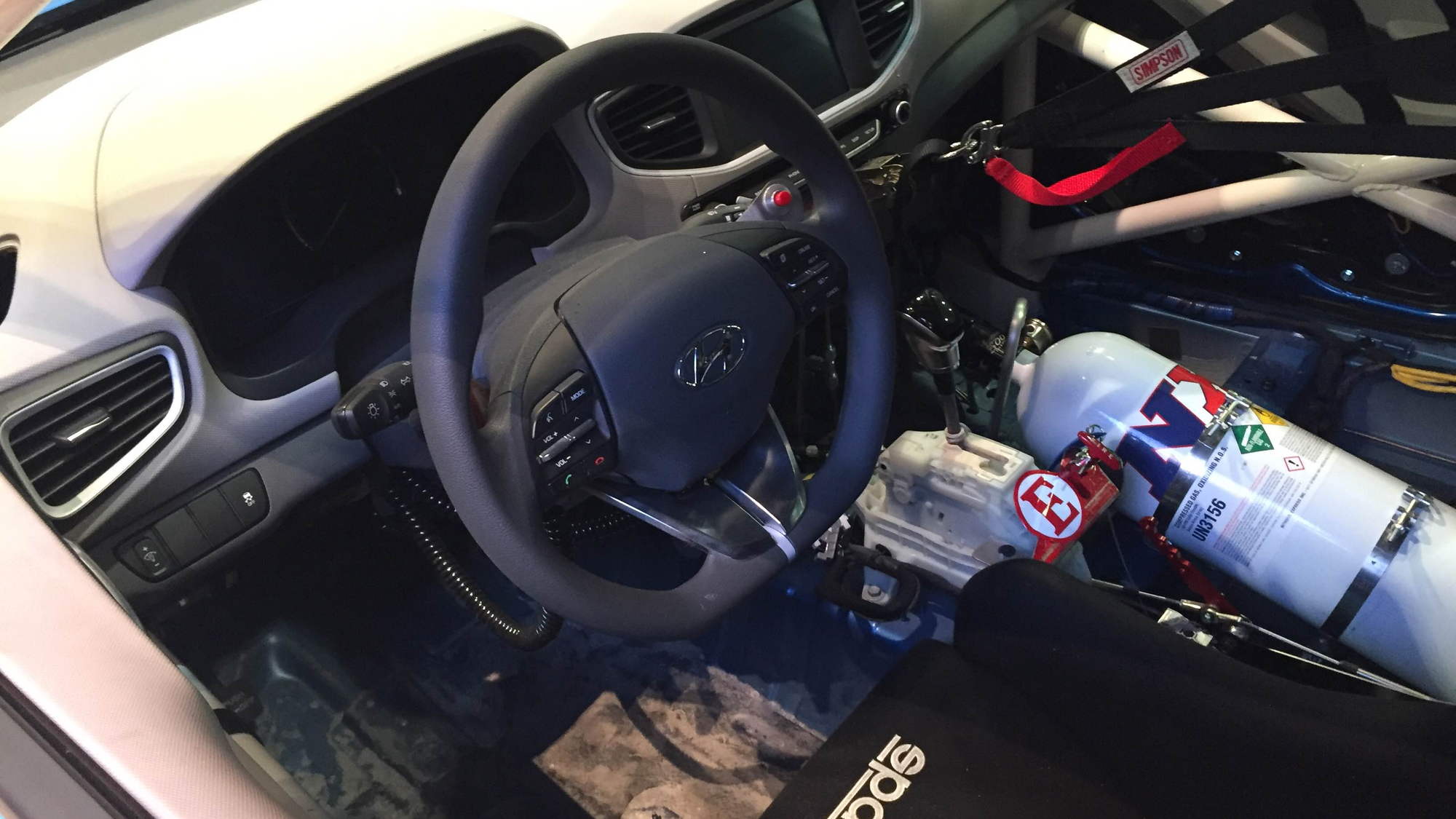 Who said hybrids can't be fast?

This year, one of the cars that drove away with a record was a Hyundai Ioniq Hybrid hatchback.

That speed is actually an average taken from several points on the course. Hyundai claims the Ioniq Hybrid reached a maximum speed of 160.7 mph at one point.

The speed record attempt was undertaken by engineers from Hyundai Motor America's engineering and quality group.

They started with a stock Ioniq Hybrid, which Hyundai says will go on sale before the end of this year.

An all-electric Ioniq Electric model will launch at the same time as the hybrid, with a plug-in hybrid version following later in 2017.

For the speed-record attempt, the Ioniq Hybrid retained its stock powertrain, consisting of a 1.6-liter 4-cylinder engine and 6-speed dual-clutch transmission, with an electric motor sandwiched between them.

But engineers substituted less-restrictive intake and exhaust systems for the gasoline engine, and recalibrated software in the powertrain's control units.

Hyundai did not quote a horsepower figure for the speed-record car, but the sum total of these modifications means that it likely produces considerably more than the stock Ioniq Hybrid's 139 horsepower.

To lower drag, engineers also substituted the sleeker front fascia from the Ioniq Electric model, made some modifications to the underbody of the car, and fitted aerodynamic wheel covers.

The interior was gutted, and fitted with a roll cage, racing seat, 6-point harness, and fire-suppression system.

Following its land-speed record attempt, the Ioniq Hybrid was displayed at the SEMA show in Las Vegas.

It was likely one of only a handful of hybrids on display at the annual aftermarket-industry trade show.

Perhaps Hyundai will return next year with another land speed record car... perhaps this time an Ioniq Electric?