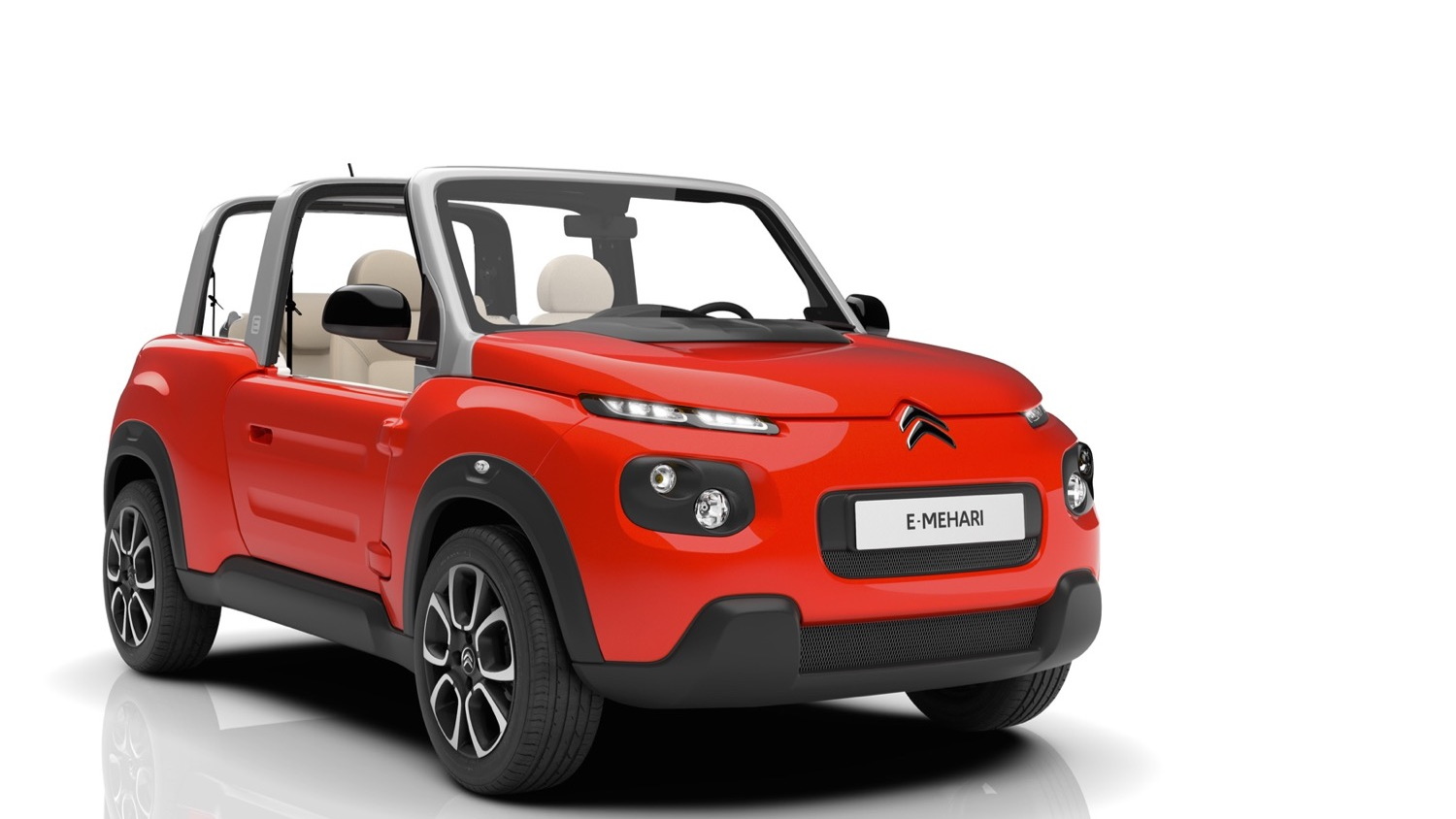 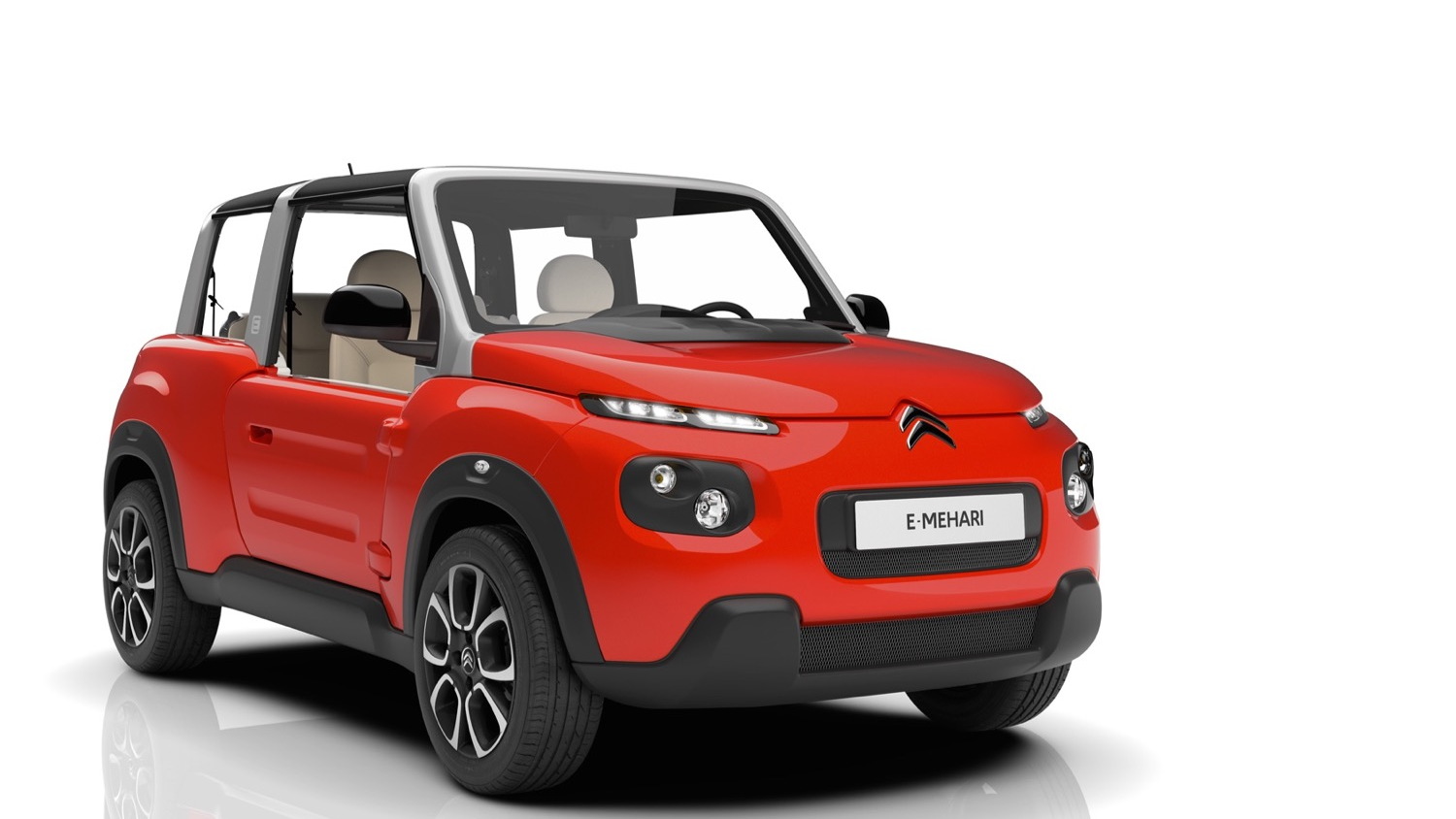 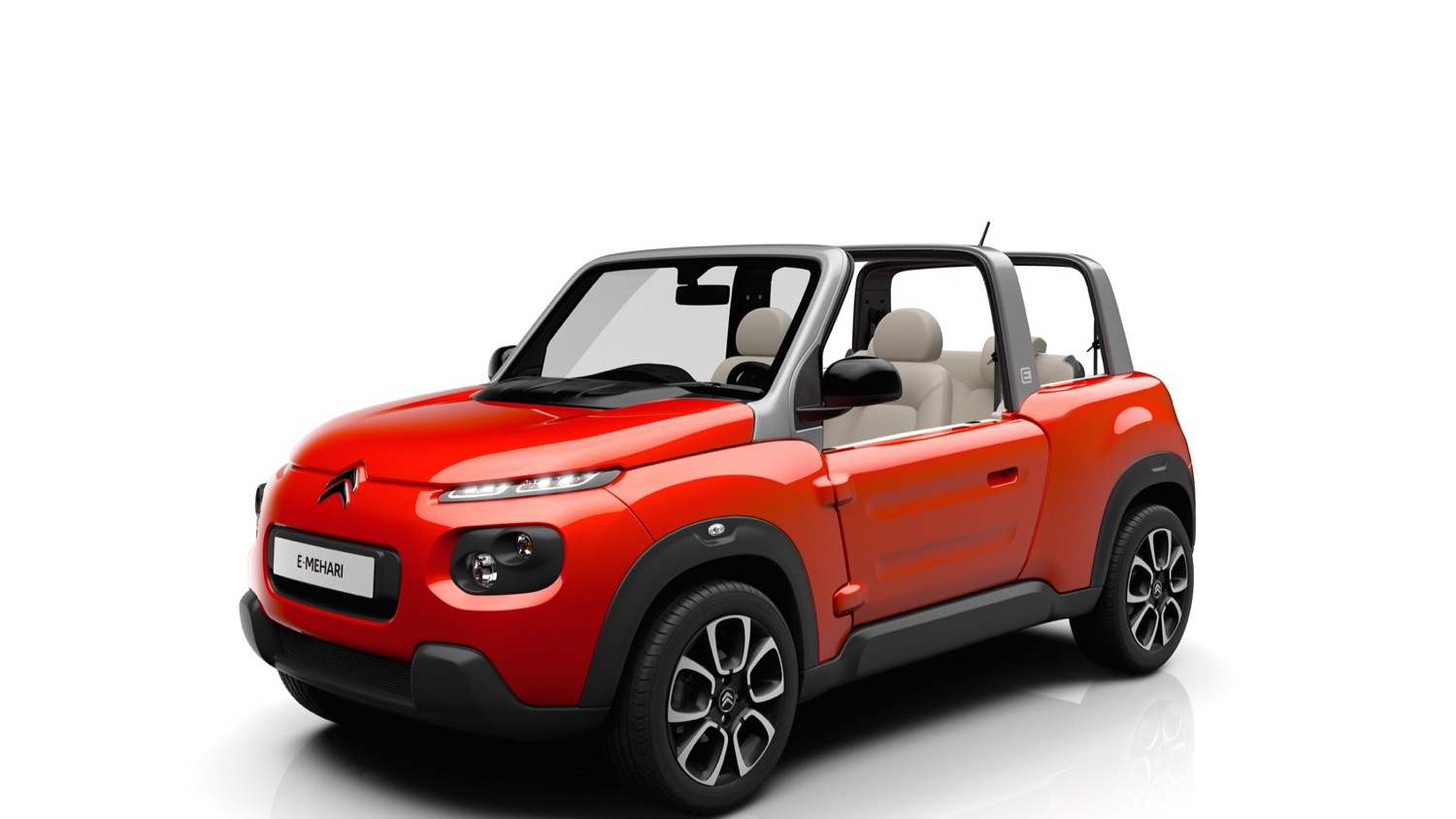 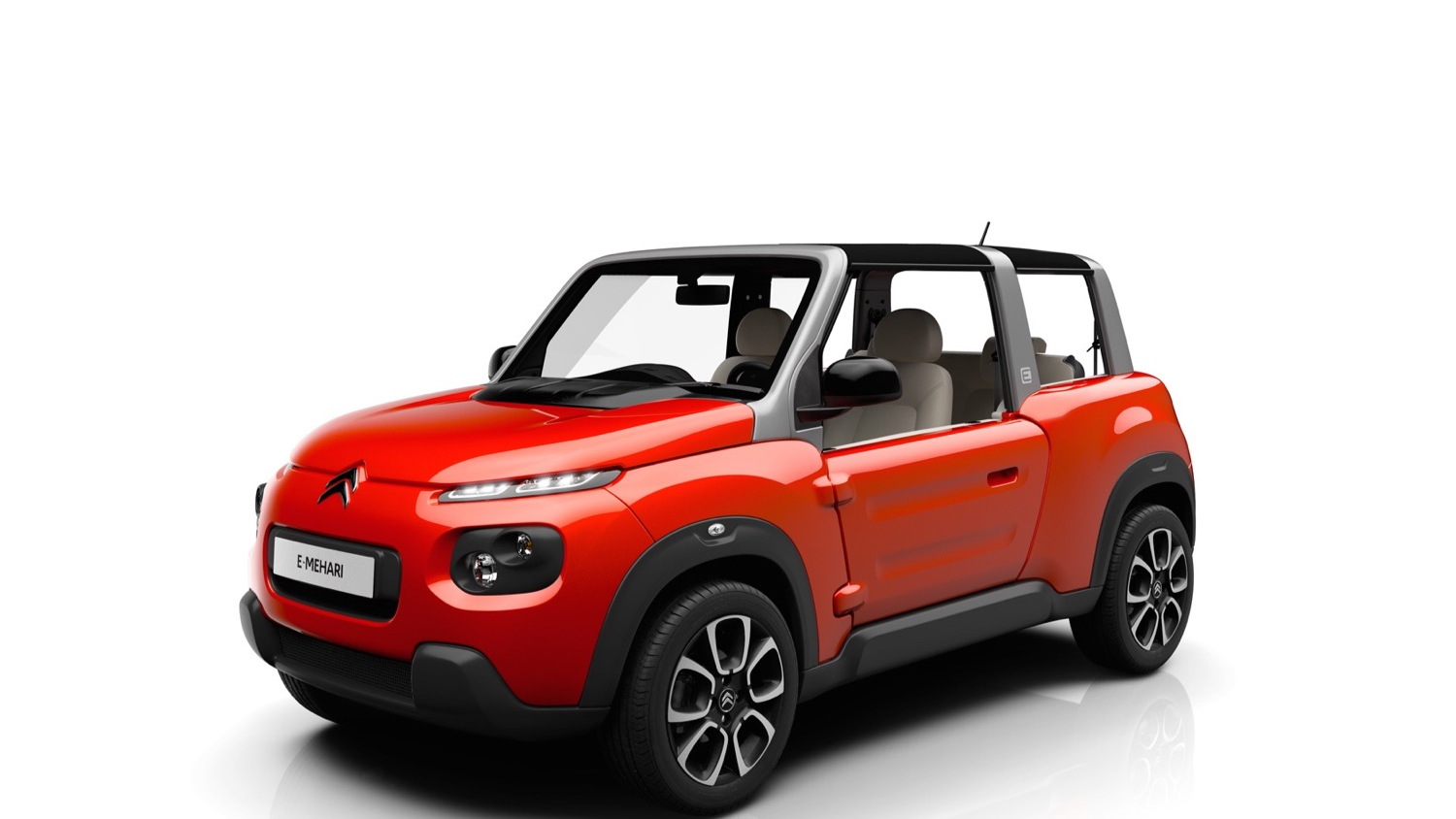 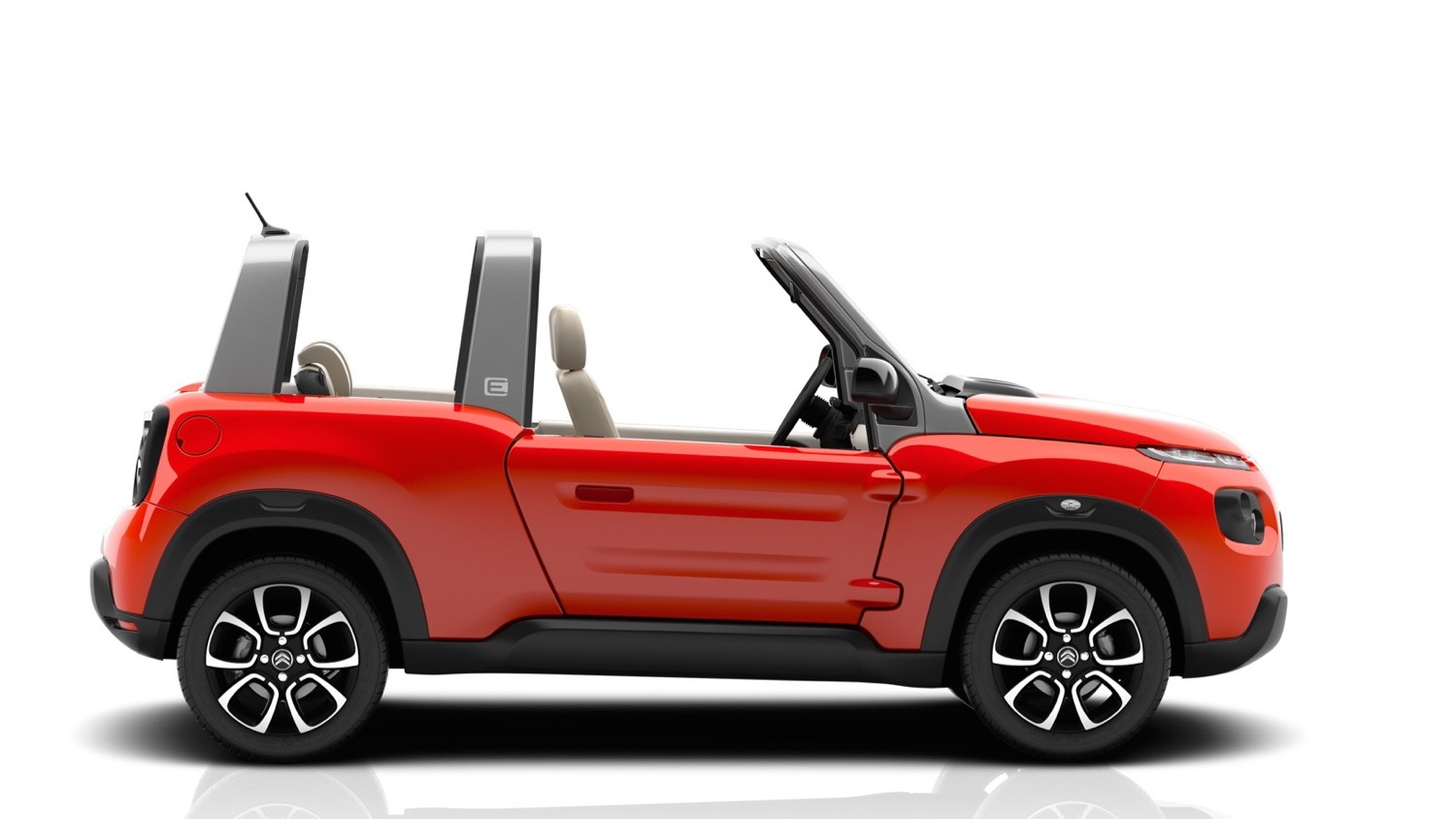 In 1968, Citroën unveiled a rather curious utility vehicle.

Called the Mehari, it featured minimalist bodywork made of ABS plastic, and an air-cooled two-cylinder engine and front-wheel-drive components shared with the Citroën 2CV.

It went on to become something of a cult classic, with around 150,000 built before production ended in 1987.

Earlier this year, the Mehari returned to the roads of France, but with a new twist.

The Citroën e-Mehari is a small electric open-air utility vehicle, now on sale in Citroën's home country, that is inspired by the original Mehari.

We saw one recently at the 2016 Paris Motor Show, reminding us that we hadn't covered this unorthodox electric car.

It borrows styling from both the original Mehari and the Citroën Cactus M concept from the 2015 Frankfurt Motor Show, although with somewhat more compact proportions than the latter.

The carmaker also claims a range of 200 kilometers (124 miles), although that's as measured on the notoriously-optimistic European testing cycle.

The e-Mehari powertrain is shared with the Bolloré Bluesummer, a convertible electric car built for the French company's Autolib car-sharing service by PSA Peugeot Citroën.

Autolib is fairly popular in France, and Bolloré also operates a car-sharing service in Indianapolis under the BlueIndy name, using its BlueCar two-seat hatchbacks.

Citroën is also working with Bolloré on an unusual battery-leasing scheme for the e-Mehari.

However, the battery lease is bundled with leases for the entire car, notes the website.

In addition to the e-Mehari Citroën also sells the Berlingo Electrique electric van, and the C-Zero, a re-badged version of the Mitsubishi i-MiEV.

For additional happenings from the French capital, head over to our Paris Motor Show news page.